KOURTNEY Kardashian and Travis Barker locked lips while celebrating their marriage on an expensive superyacht in Italy.

The duo tied the knot in Portofino in front of family and friends days after legally marrying at a Santa Barbara courthouse. 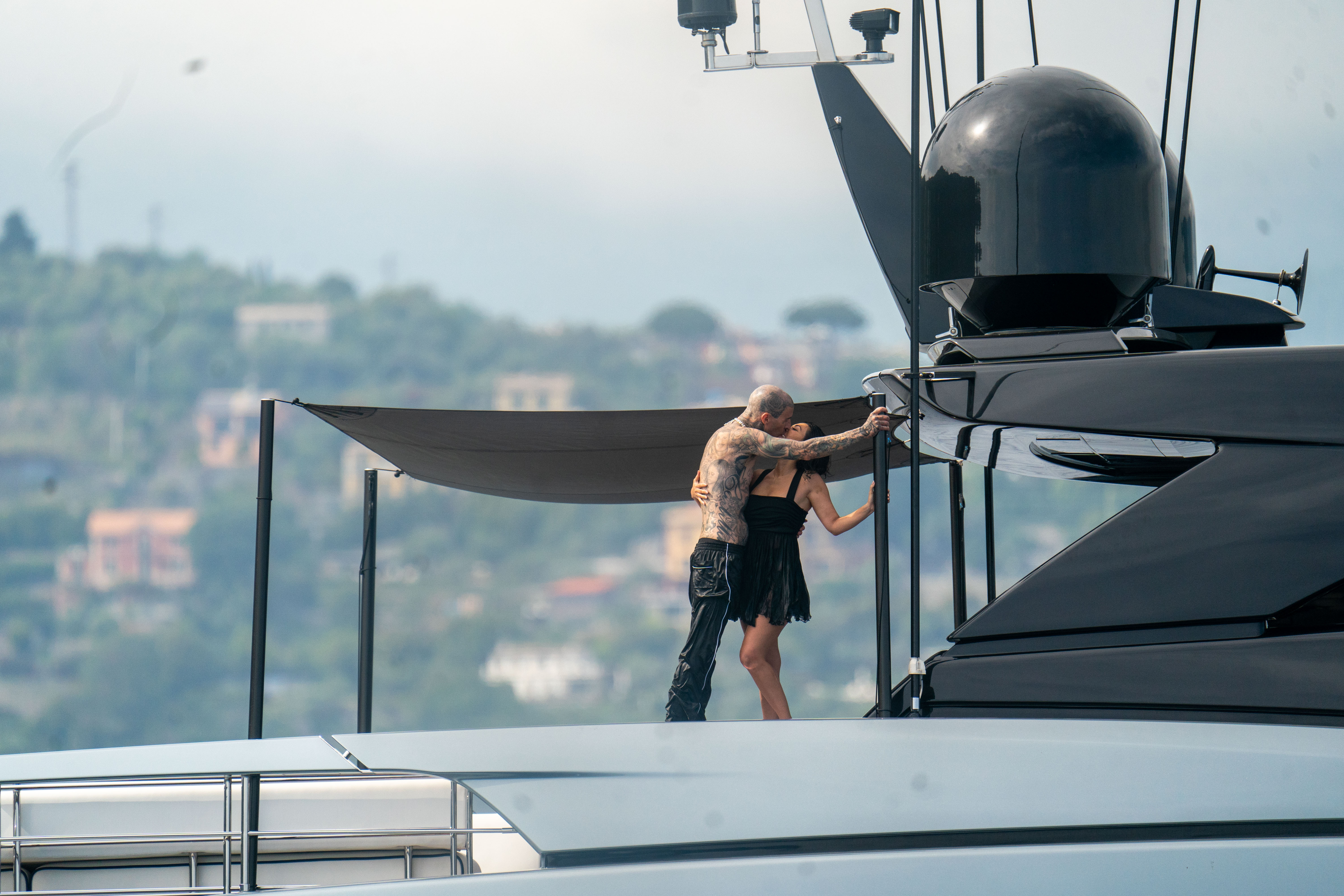 The couple tied the knot in Portofino one day earlierCredit: Getty Images – Getty

The newlyweds were spotted soaking up the sun on a massive $15M yacht on Monday.

Travis, 46, leaned in for a kiss, resting an arm on a structure on the boat.

Kourtney, dressed in a tiny black mini dress, held the same structure with one arm while the other was wrapped around her man.

The Blink-182 drummer was dressed in black pants and went without a shirt, showing off his tattoos.

While their previous two weddings – one in Las Vegas and the other in California – were low-key, Kourtney and Travis’ final celebration was nothing short of over-the-top.

Kourtney and Travis rented out an entire castle for their nuptials, which took place on Sunday.

The famous family gave fans several glimpses into the festivities, sharing photos and videos on Instagram and TikTok.

Although Kourtney and Travis are known for PDA, on Monday, the couple set Kardashian fans buzzing about a NSFW detail in their hotel room.

The mom of three gave fans a look at the bed where they spent the night after their big day.

But it wasn’t that romantic touch that got fans talking.

While this may have been a false alarm, Kourtney and Travis are unafraid to express their affection for each other in an adult way. 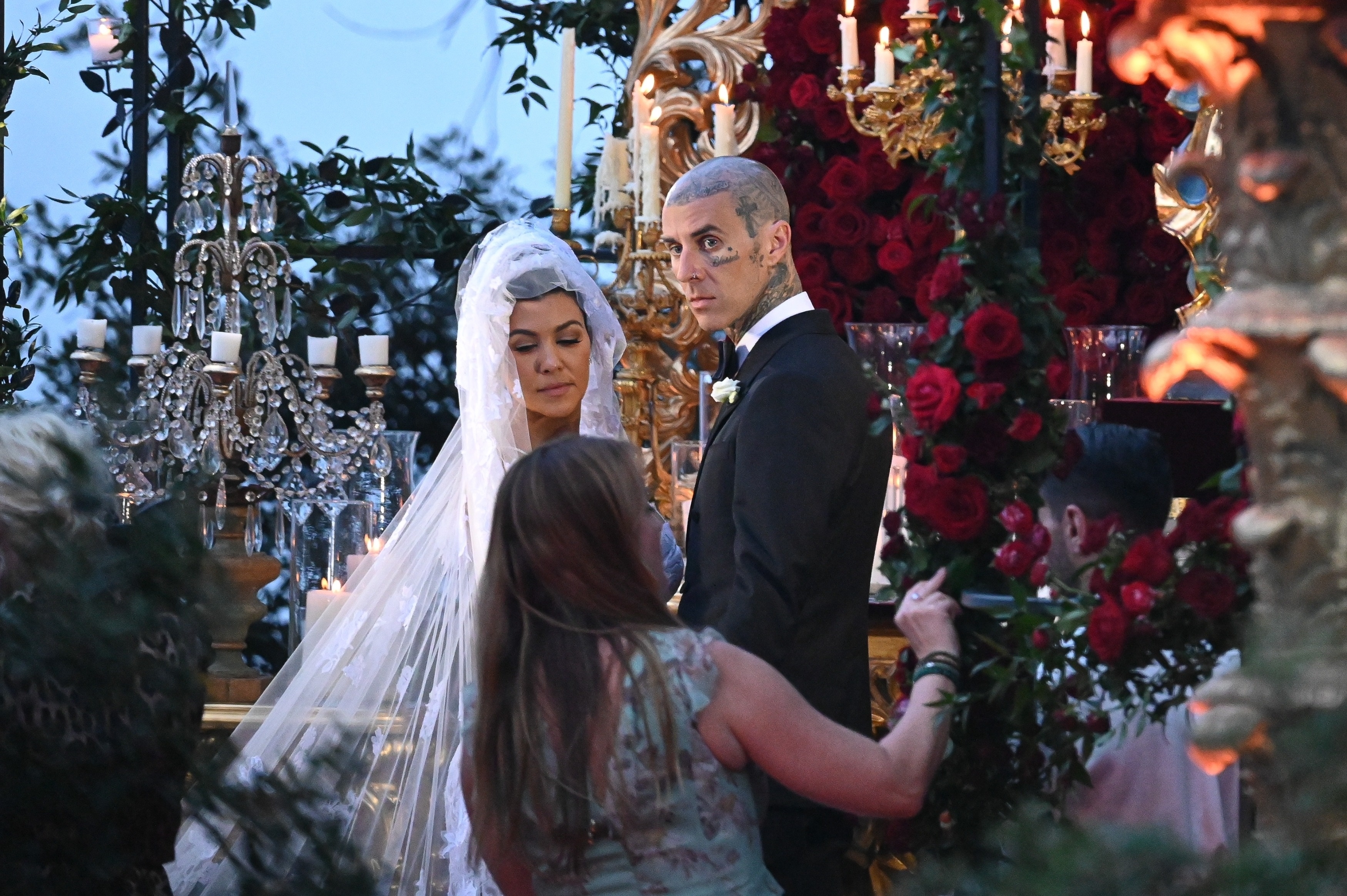 The wedding ceremony was the couple’s third in recent monthsCredit: BackGrid 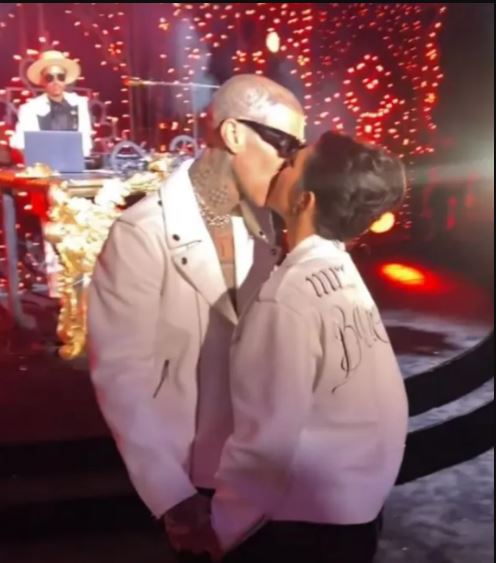 Family and friends shared photos and videos from the bashCredit: instagram 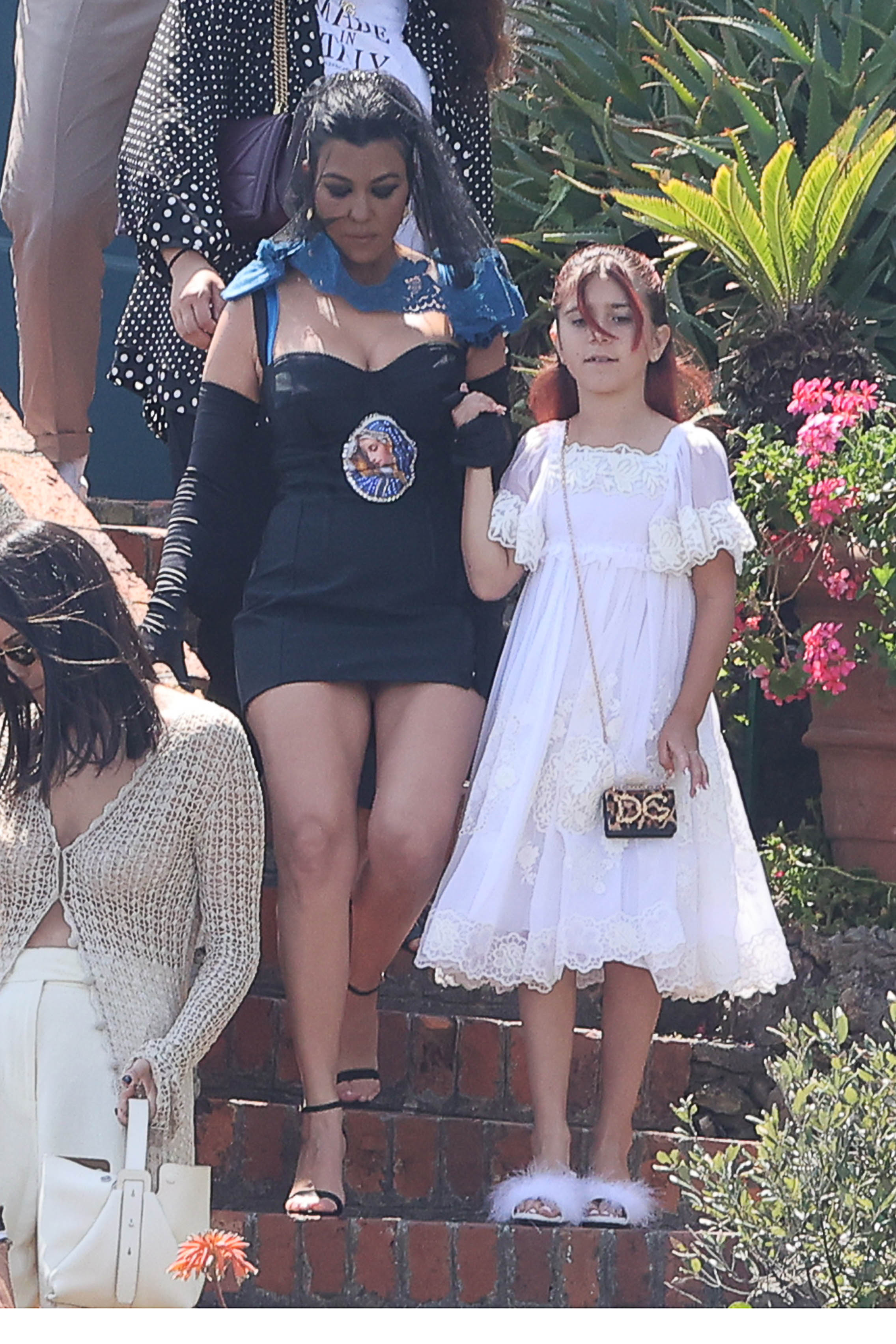 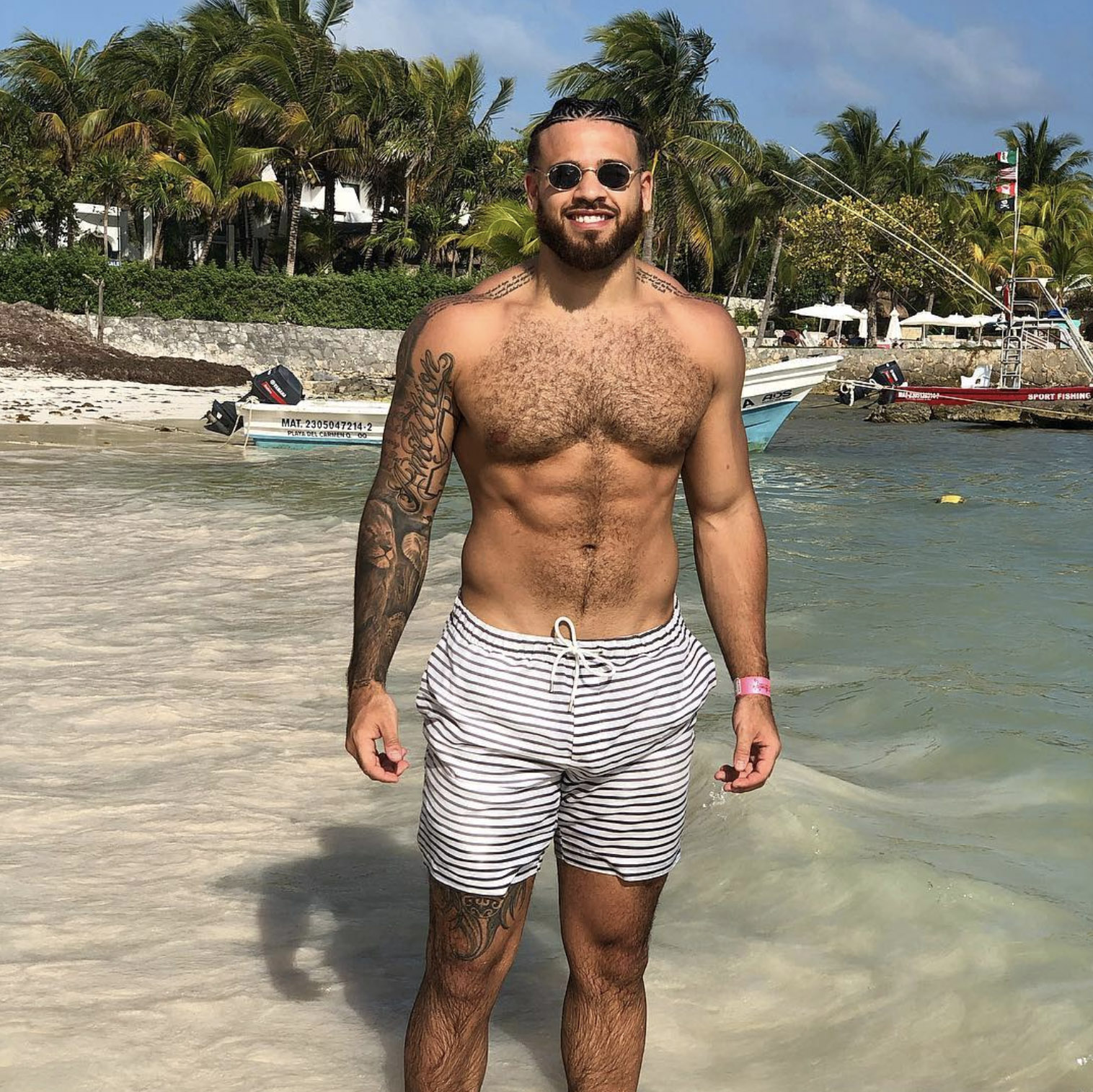