A WOMAN was stabbed 18 times by her then-best friend who whispered “sorry princess” after tying her to a bed in a “50-shades-style” sex game.

Sarah Holden, 28, had been enjoying a girls’ night with her best friend Shaunna Littlewood in 2017 when she was stabbed in the chest. 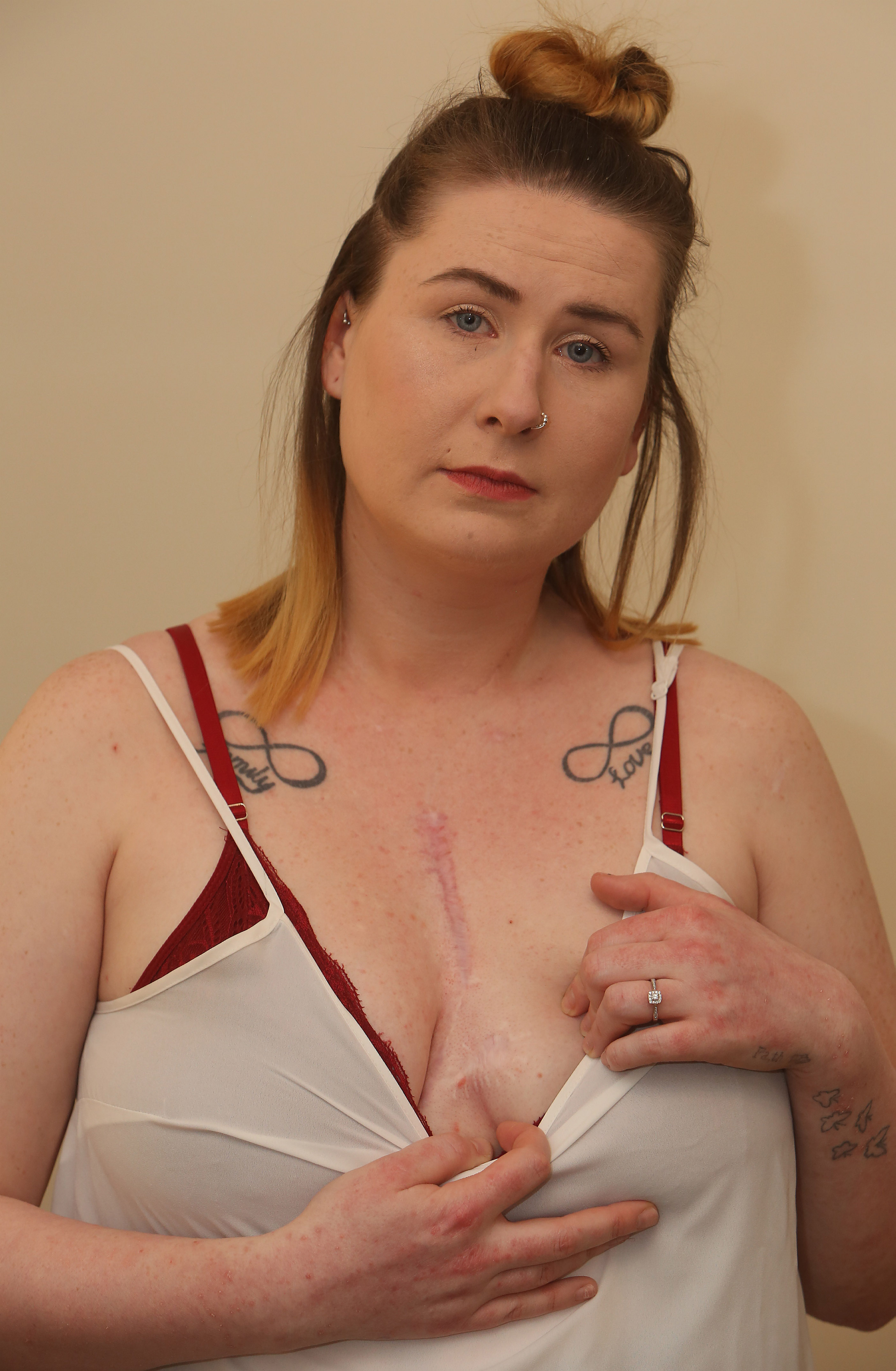 Sarah Holden with the scars left from the vicious attackCredit: Mercury Press 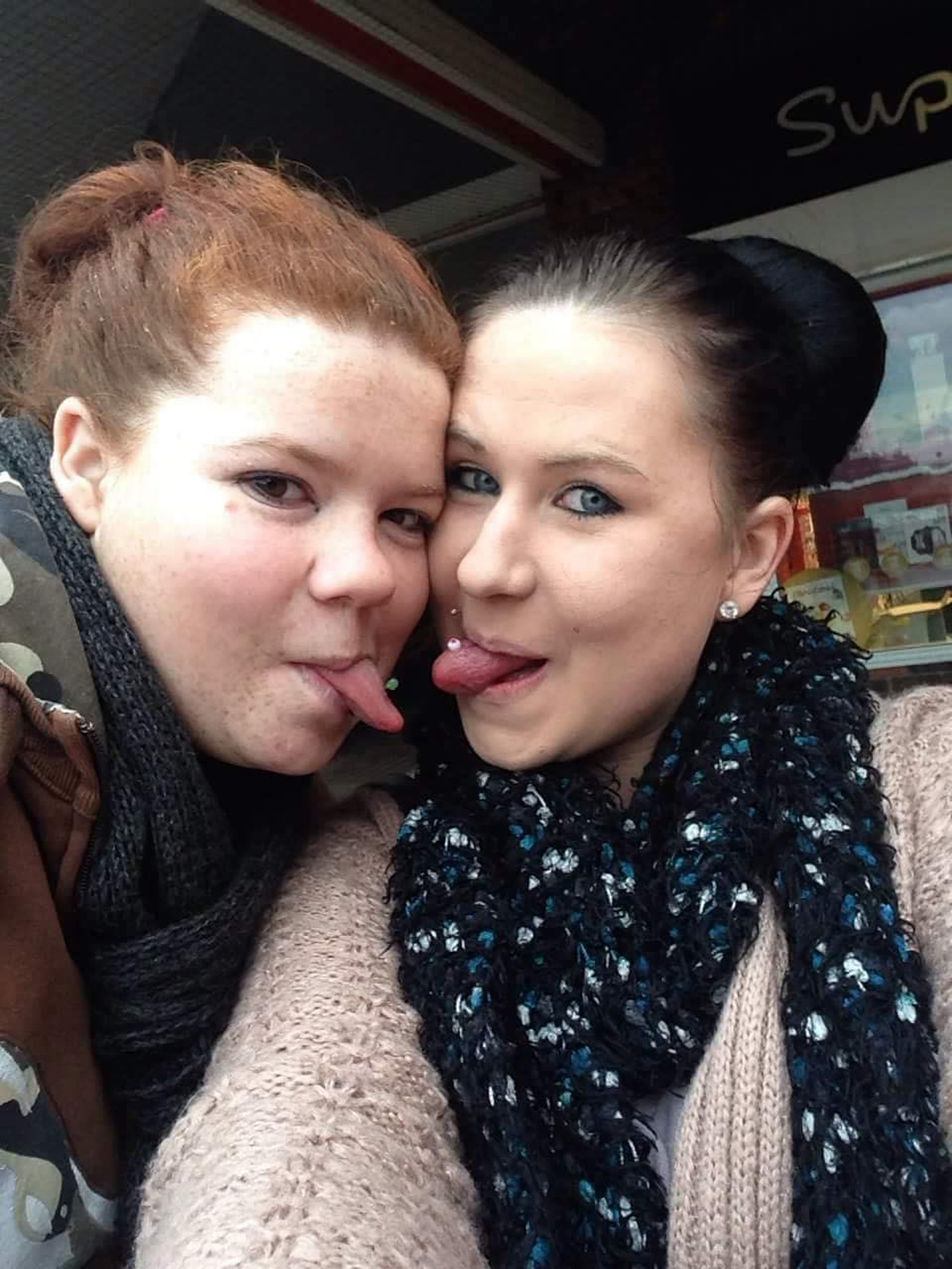 Shaunna (left) and Sarah (eight) had been inseparable for years before the attackCredit: Mercury Press 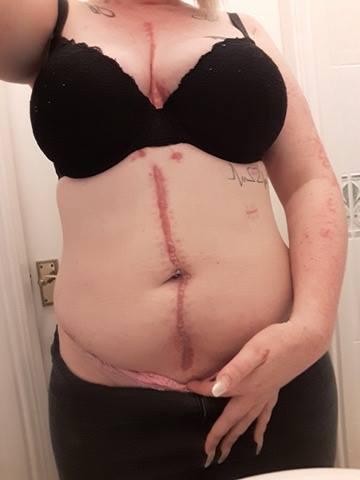 The 28-year-old’s car runs from her chest all the way down to her navalCredit: Cavendish Press

Sarah, from Sheffield, South Yorks, was left fighting for her life after she was stabbed in the head, neck, chest, abdomen, and legs.

The 28-year-old had to undergo a 14-hour surgery, a tracheotomy and spent four days on life support recovering from her injuries including a tear to the heart wall and a collapsed lung.

Speaking out for the first time after Shaunna was jailed for attempted murder, Sarah said: “We had been friends for 17 years, we first met when she moved next door to me when we were kids.

“From the age of 16 we were inseparable, we went shopping together, we had sleepovers, we helped each other with family and relationship problems.

“She was the first person I came out as gay to.”

Recounting the night of the fateful attack in July 2017, Sarah explained how the night began.

“On Saturday night we decided to have a girls’ night in with a takeaway and some drinks.

“We got really drunk and after too many drinks I kissed her.

“She seemed really keen and even asked me if she could tie me up, so I agreed.”

However, the night took a turn when Sarah thought Shaunna had left the room to get a sex toy but instead came back with a knife.

“I just remember this sharp pain in my legs,” she said. 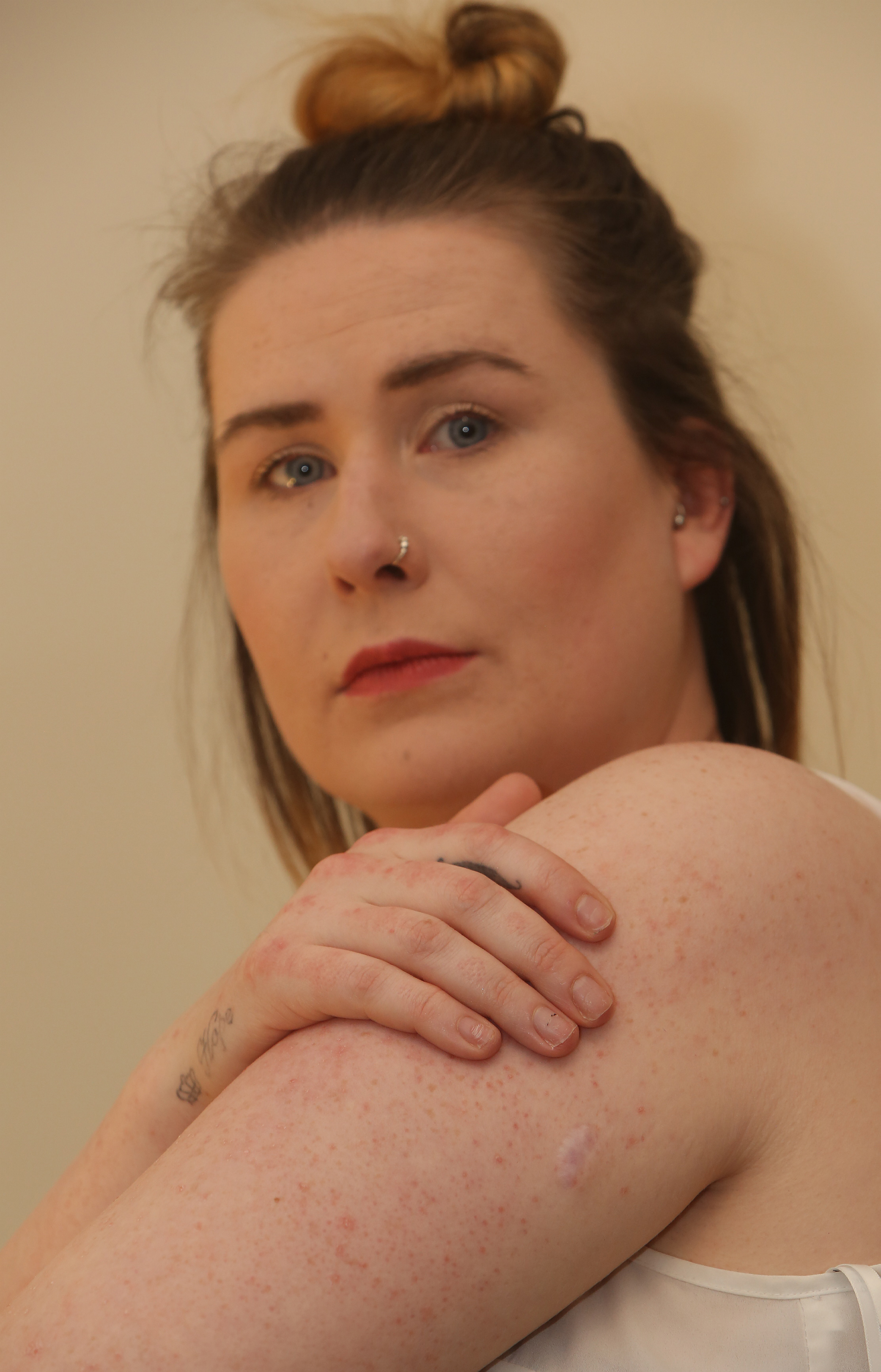 Sarah shows off her scars from the attack that left her days on life supportCredit: Mercury Press 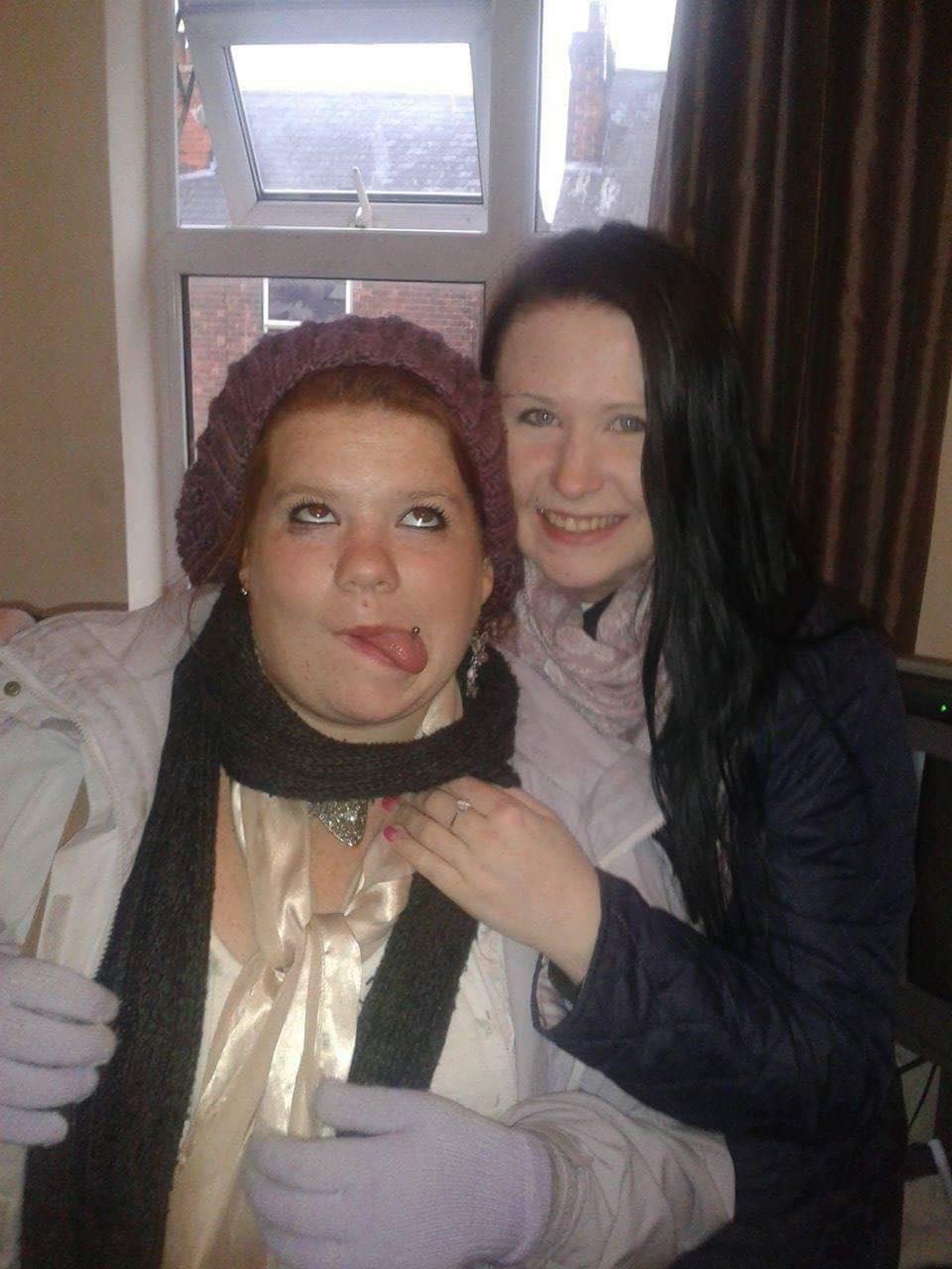 Sarah (right) and Shaunna (left) had been friends for 17 yearsCredit: Mercury Press 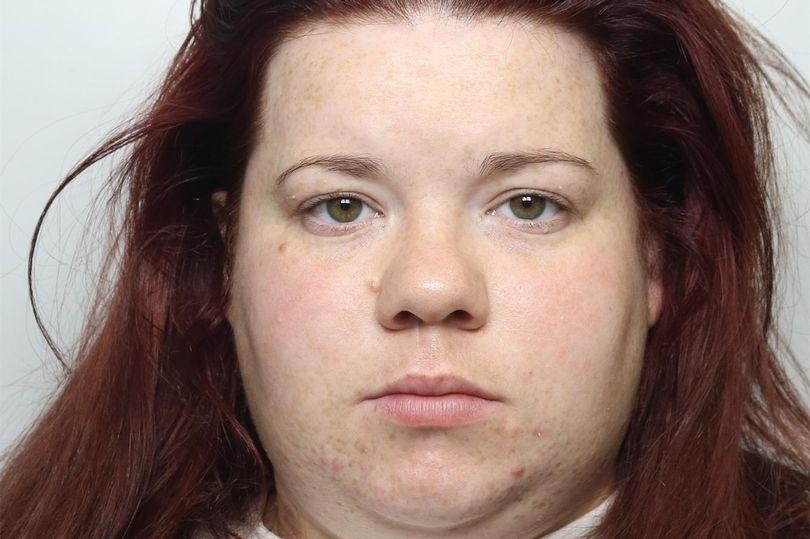 Shaunna Littlewood was jailed for life after admitting to attempted murderCredit: Cavendish Press

“She had stabbed me three times before I even realised what was happening.

“I tried to scream but she had stabbed me in the neck and I couldn’t talk or make a sound.

“I remember laying there drifting in and out of consciousness thinking I was dying.

“I was terrified and devastated that I was only 24-years-old and I’d done barely anything with my life before I was about to die.”

When her attacker was finished, Sarah recalls she put down the knife and said “sorry princess” before she started watching TV.

Sarah’s life was saved when Shaunna called a family member confessing to her crime and asking for help, who subsequently called the police and an ambulance.

After pleading guilty to attempted murder, Ms Littlewood was sentenced to life imprisonment with a minimum seven-year jail term in February 2018.

Following the ordeal, Sarah moved to South Shields and met her now fiance, Amy, 30, but says she still finds it difficult to trust people.

“For a long time I was in denial that she could have done this to me.

“I never thought in a million years that Shaunna of all people would hurt me, let alone try to kill me.

“I struggle to trust people now and I absolutely refuse to drink in the house, even with my fiance.

“It feels like if Shaunna could do that to me after 17 years of friendship, anyone could do it to me.

“It’s difficult to look at my scars but they are also a reminder that I survived, I’m lucky to be alive.”

Littlewood was ordered to serve a minimum of seven years before she would be considered for parole.

She had previous convictions for a 2014 attack in which she stamped on another woman’s head.

Defence lawyer Catherine Silverton said Littlewood had no memory of carrying out the attack on Miss Holden and added: “She has described herself as a monster – she will never drink alcohol again.”

Sentencing Judge Tom Bayliss, QC, told Littlewood: ”You pose a serious danger to the public. It was a motiveless attack, but had an element of premeditation and persistence.” 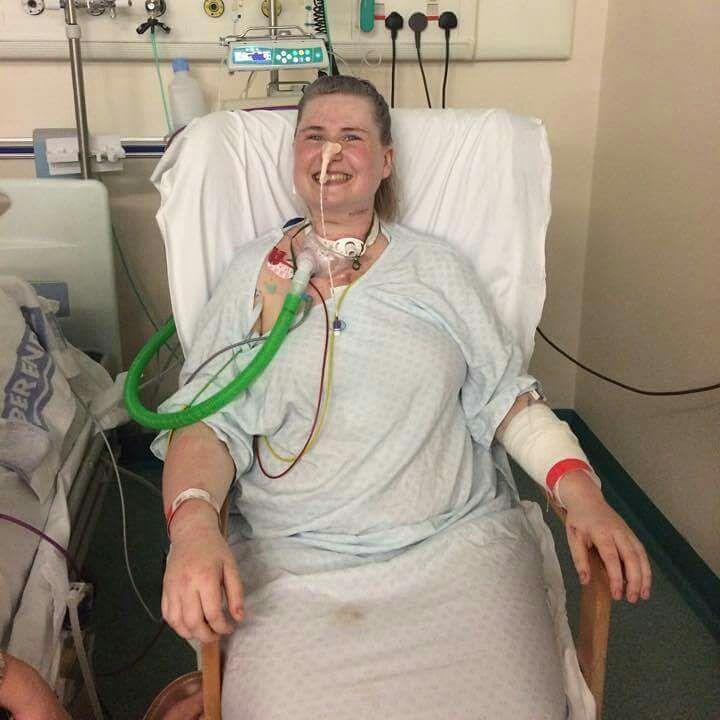 Sarah woke up in hospital, unable to speak, but has since fully recoveredCredit: Cavendish Press