KENDALL Jenner has shared a bikini photo of herself flaunting her tiny frame just days after going naked on social media. 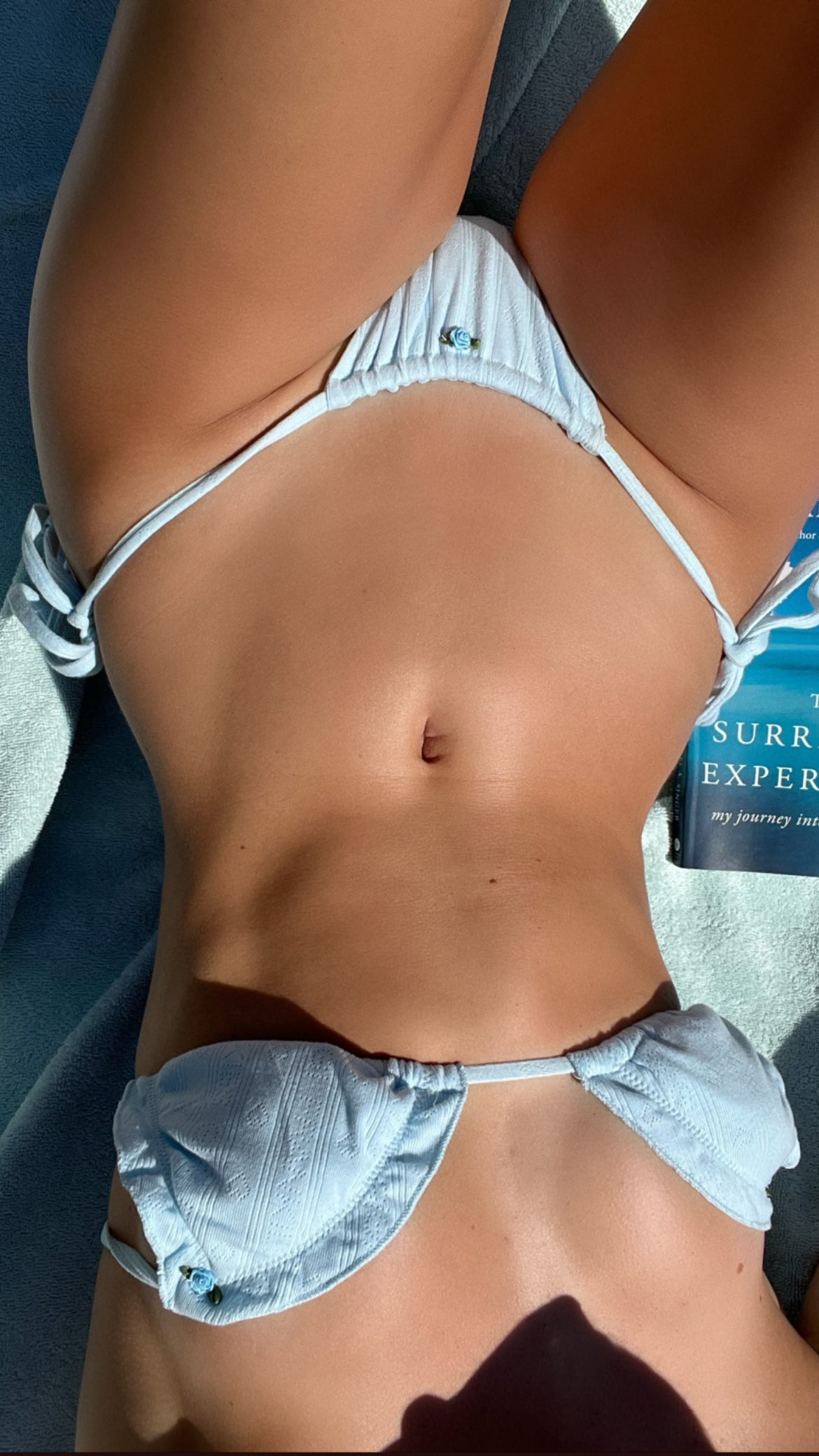 The reality star’s bikini pic as it was posted on InstagramCredit: Instagram/KendallJenner

The swimsuit photo was posted on the Hulu star’s Instagram Story.

In it, Kendall shows off her fit frame in a tiny baby blue bikini while lying on a similarly colored light blue towel.

The top-paid model flaunts her flawless suntanned skin as well as her highly defined abdominals as she absorbs the sun’s rays.

Micheal A. Singer’s The Surrender Experiment, its cover also blue, is caught within the frame of the photograph. 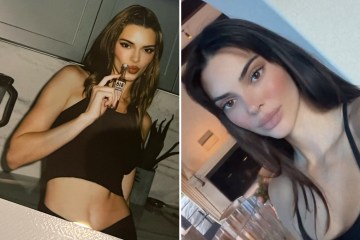 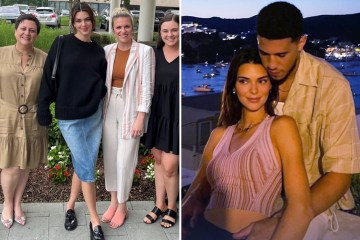 It seems Kendall has taken to displaying her world-famous figure on social media as she recently posted a photo of herself in the buff on Instagram.

One was a picture of her sushi, another was a photo of a room with plants inside of it.

She also posted a brief video of herself driving, but it was one photo in particular that seemed to throw fans for a loop.

In the photograph, the 26-year-old relaxed on her stomach while resting on an outdoor lounge chair.

She laid across two blankets and wore nothing but a green baseball cap and her birthday suit.

Kendall appeared to scroll through her phone with her legs crossed at the ankles, her bikini tossed on the chair beside her.

It’s unclear who took the photo of her bare butt but the Keeping Up With the Kardashians alum captioned the shot with a smiley, cheeky emoji.

Fans went wild over the brash backside photo as many commented “fire” and “clapping” emojis to express their appreciation.

Though some fans claimed the post was a “thirst trap” since Kendall is recently back on the market.

One person suggested that “She’s trying to make Devin miss her by posting naked pics.”

The fan comments are in reference to the recent breakup between Kendall and Phoenix Suns’ small forward Devin.

A source told ET that Kendall and Devin have sadly split.

“Kendall feels like they’re on different paths,” the insider shared.

Another source told the outlet that the two “have had discussions about their future but they are not on the same page.”

They were first romantically linked in June 2020.

The outlet also shared that the pair could get back together down the line.

Kendall and Devin went public with their relationship on Valentine’s Day 2021 after dating for about ten months.

Her followers spotted multiple clues on social media that provided proof that the pair had supposedly split ahead of the news.

Fans noticed that Devin allegedly deleted a photo he had of the model from New Year’s Eve.

Another fan claimed the NBA player had unliked tweets about the TV personality and that his brother, Davon Wade, had allegedly unfollowed her on Instagram.

Split rumors continued to swirl after neither Kendall nor Devin posted anything on Instagram about their second anniversary on June 12, 2022.

The two are currently still following each other on the social media platform.

Another clue the lovebirds weren’t soaring came when Kendall posted a snapshot of a fancy dinner on her Instagram Story, with another man.

The star appeared in an empty dining hall as she drank from her glass cup with model Fai Khadra.

She wore a sleeveless gray dress and parted her brunette hair at the center.

Kendall sat next to Fai who wore a black jacket over a white T-shirt.

Fai had previously accompanied Kendall as her date for Justin and Hailey Bieber’s wedding.

The supermodel also went on a luxury ski trip with Fai back in January.

During the trip, Kendall hit the slopes and went out on dinner dates with her pals.

In another snap, Fai and Kendall posed together in their ski outfits on a snowy mountain.

She captioned the post: “Most popular guy on the mountain.” 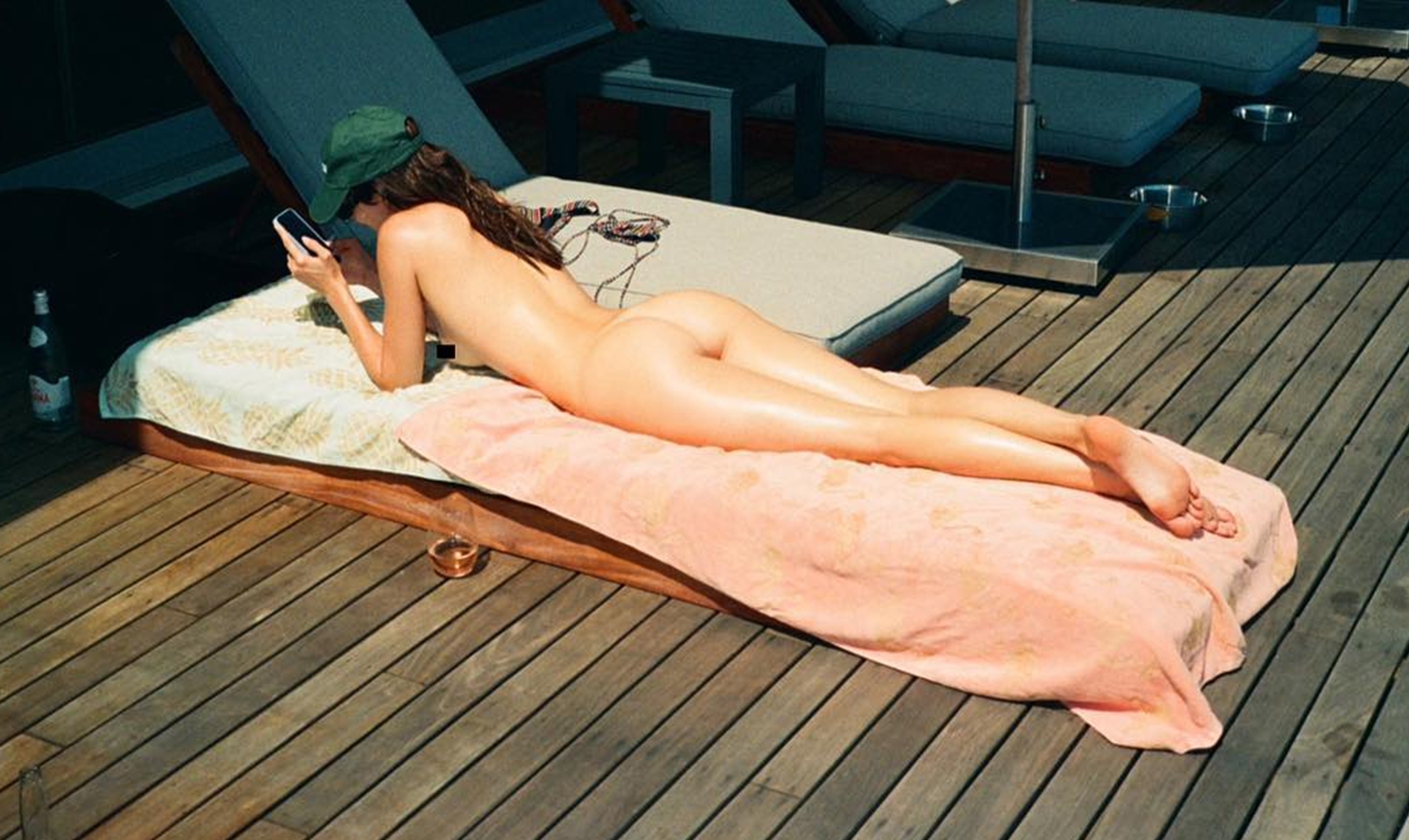 Kendall previously posted herself relaxing naked outside on her InstagramCredit: Not known, clear with picture desk 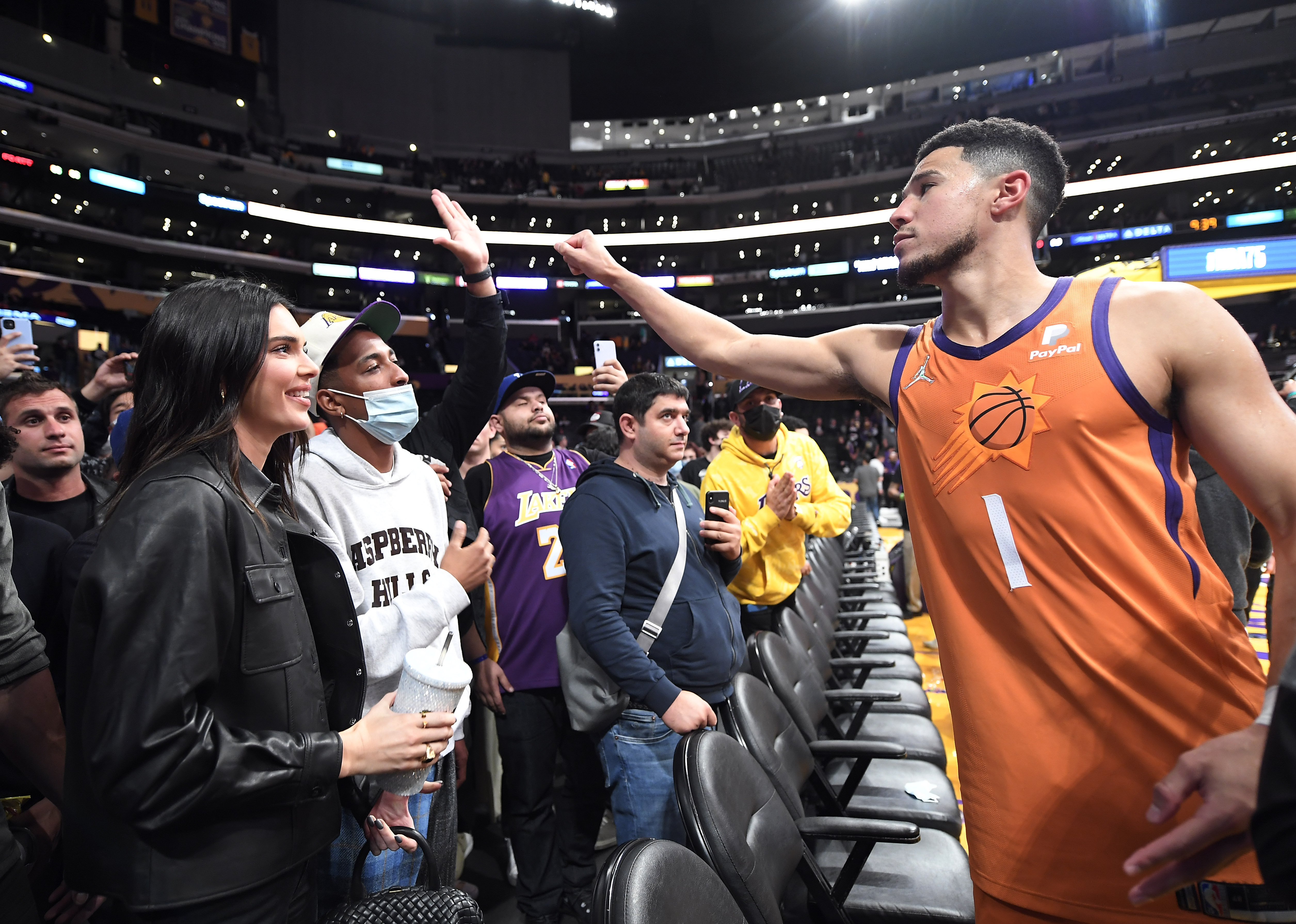 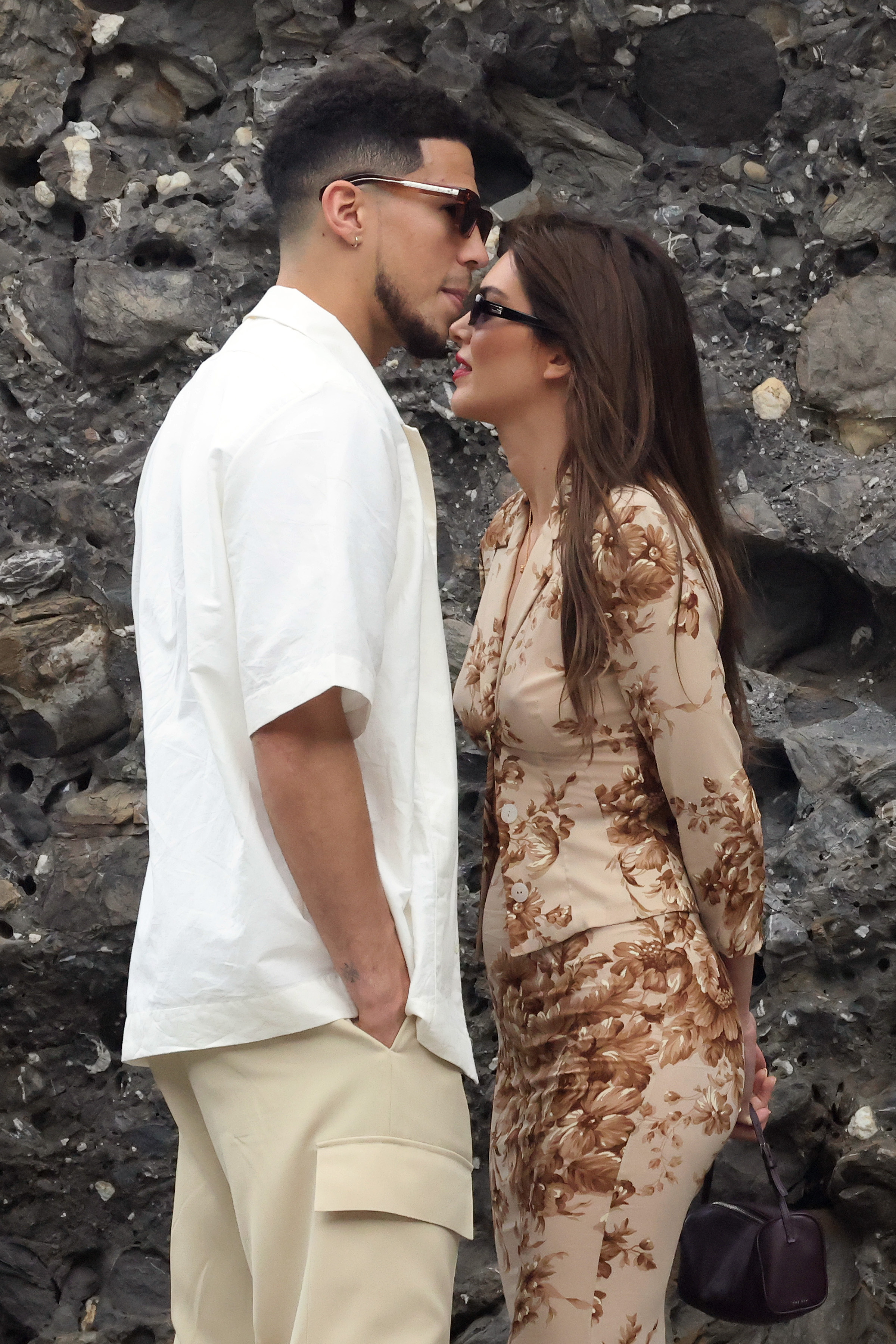