The right way to celebrate! Kate Hudson just provided a unique way to enjoy Valentine’s Day this year — and it’s inspired by How to Lose a Guy in 10 Days. 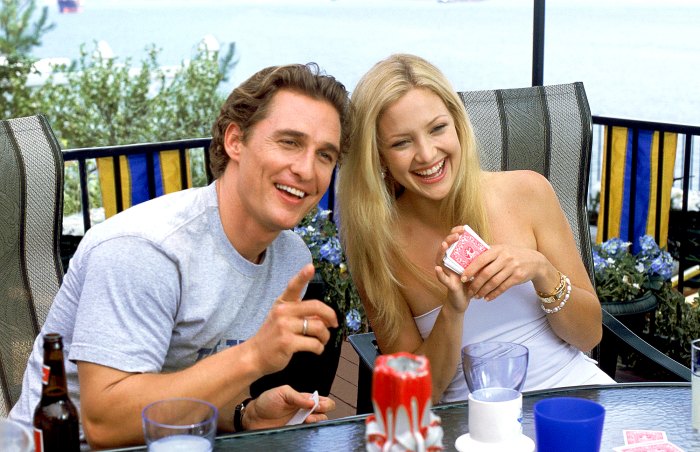 “Now we know why the Love Fern died ??,” she wrote via Instagram alongside pics of her with the product. “Introducing the limited edition @KingStVodka x @UrbanStems Love Fern!”

According to UrbanStems’ website, the newly launched set is a blue bell fern plant that comes inside of a pink ceramic pot. Accompanying the exquisite greenery is a clear glass mister courtesy of King St. Vodka. “The gift is a nod to the plant featured in the actress’s iconic romantic comedy,” the product’s description reads, referencing her iconic How to Lose a Guy in 10 Days film with Matthew McConaughey.

In the 2003 film, the love fern was an item that Hudson’s character, Andie, bought for Ben (McConaughey). When Ben was having a guys’ night in with his pals, Andie noticed that he let the plant “die” and questioned if he would do the same to their relationship.

Hudson’s company has regarded the movie-inspired item as the “perfect” present for both Galentine’s and Valentine’s Day.

The Something Borrowed star launched her King St. Vodka label in November 2019. “I have always found the spirits industry fascinating, and I love Dirty Vodka Martinis. The creative side of me thought it would be a fun challenge to develop a vodka for my palate, and in a beautiful package that I would love to have on my bar and share with friends,” she said in a press release at the time. “The businessperson in me is now looking forward to the challenge of building a brand in an entirely new industry.”

In addition to her new Love Fern, Hudson will have boyfriend Danny Fujikawa to keep her company on the romantic holiday. The couple, who welcomed their 2-year-old daughter Rani in 2018, have been dating since 2016.

“I’ve got the best man,” she told Women’s Health in its December 2019 issue. “It’s the first time I feel like I have a real teammate in this. We’re able to pick up where the other one has to leave off.”

“The only expectations I really have that are really high [in] my life is with my kids and with family stuff,” she said on Sunday Today With Willie Geist on January 24. “Other than that, it’s like, I just let it go. … I work my ass off and then I walk away and I hope for the best.”