JERSEY Shore star Angelina Pivarnick posed in a snakeskin sports bra and showed off her tiny figure after she and her husband, Chris Larangeira, posed together in a recent photo.

The new living arrangement came as a surprise to many as divorce rumors have been surrounding the couple for months. 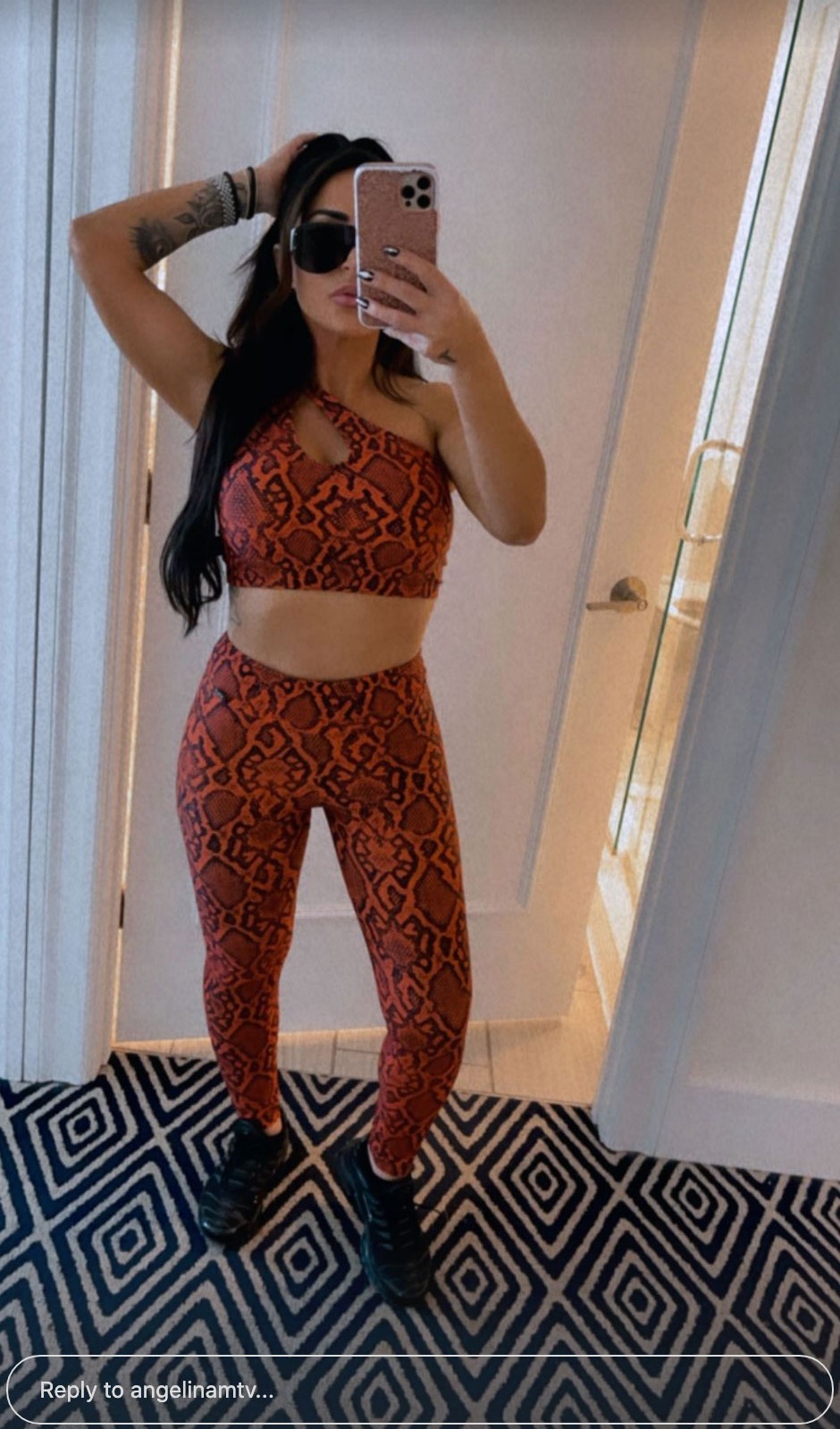 The 35-year-old is feeling the good vibes after moving into a new mansionCredit: Angelina Pivarnick/Instagram

The MTV star took to her Instagram Stories to share a snap of herself sporting a tight, red snakeskin bra and matching yoga pants, as her abs were put on display.

In the pic, Angelina rests her hand on her head while rocking a pair of sunglasses.

In another Story, the Jersey Shore star this time added Pitbull’s I Feel Good as she posed and showed off more of her outfit.

According to the Mortgage Deed obtained by The Sun, Angelina is the only buyer listed on the home despite owning a preview New Jersey abode with her husband.

The TV star also posted a photo in her foyer with the gif: “New home owner.”

She then posted a photo of the outside of the home with the gifs “home sweet home” and “proud of myself.”

Noticeably missing from the snaps and celebration was Angelina’s husband Chris, who is not listed on the deed.

Angelina secretly filed for divorce from Chris, 42, in January a little over a year after their 2019 wedding, which was featured on Jersey Shore Family Vacation.

The Sun previously reported Angelina’s divorce from Chris was dismissed after neither of them followed up.

An insider close to the TV star confirmed to The Sun that things are not over between the lovebirds.

The source explained: “They are completely together. He is even filming right alongside her at this moment in Florida.”

“Chris is even living with her in the house that she just bought,” the insider added.

ANGELINA & CHRIS CUDDLING IT UP

The couple also were seen cuddling in a recent photo shared by Angelina’s fellow co-star Mike “The Situation” Sorrentino.

In the pic, the entire cast of the popular reality show posed for the camera during an outing by the water.

The castmates along with their significant others lined up for the shots, while Angelina and Chris snuggled close together on the end.

Last season on Jersey Shore: Family Vacation, a video began to circulate that made it look like Angelina was cheating on Chris.

Angelina confronted her husband about the video and offered for him to watch it during an episode earlier this month, though Chris refused.

The star said at the time: “I knew Chris wouldn’t care. He didn’t want to see them.” 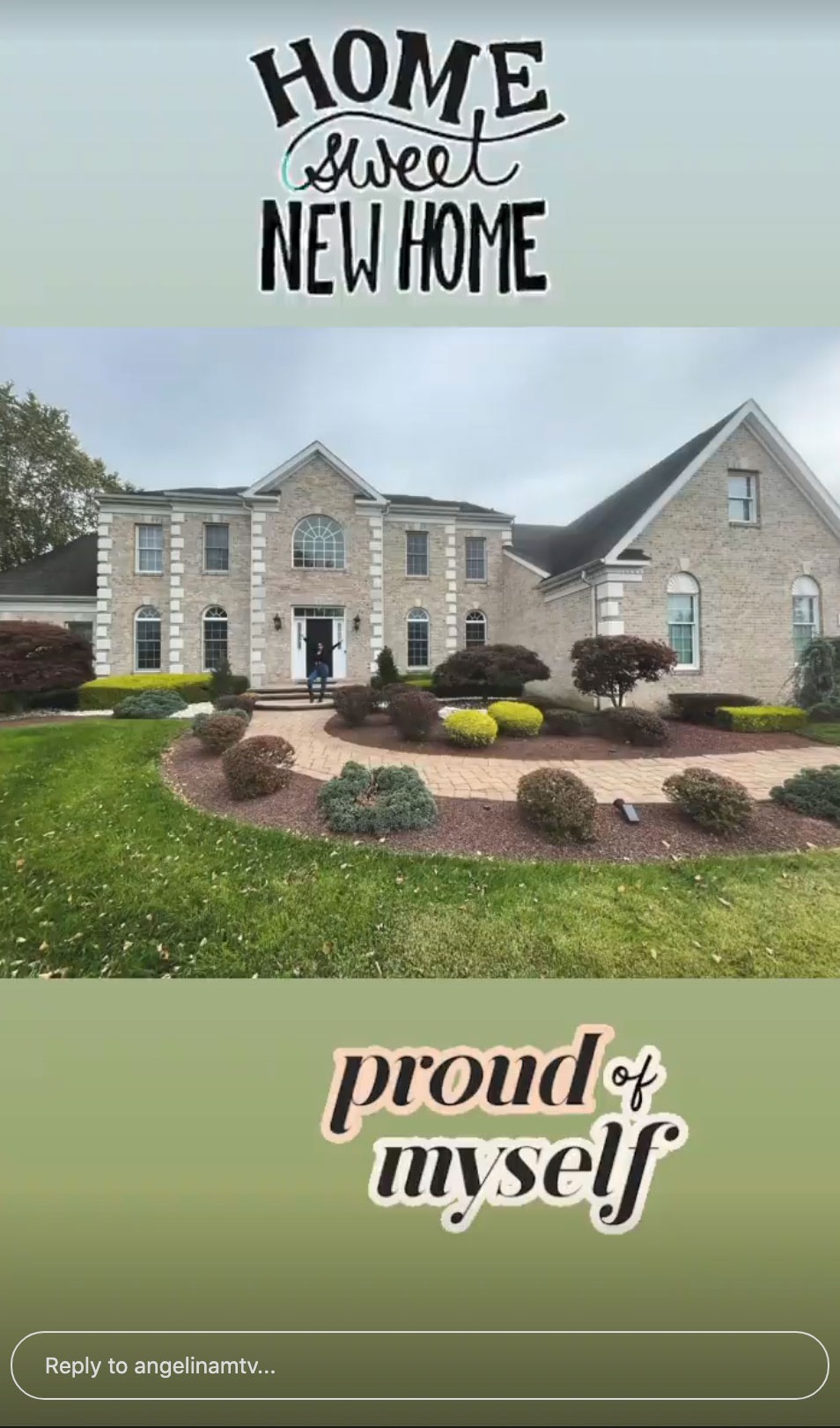 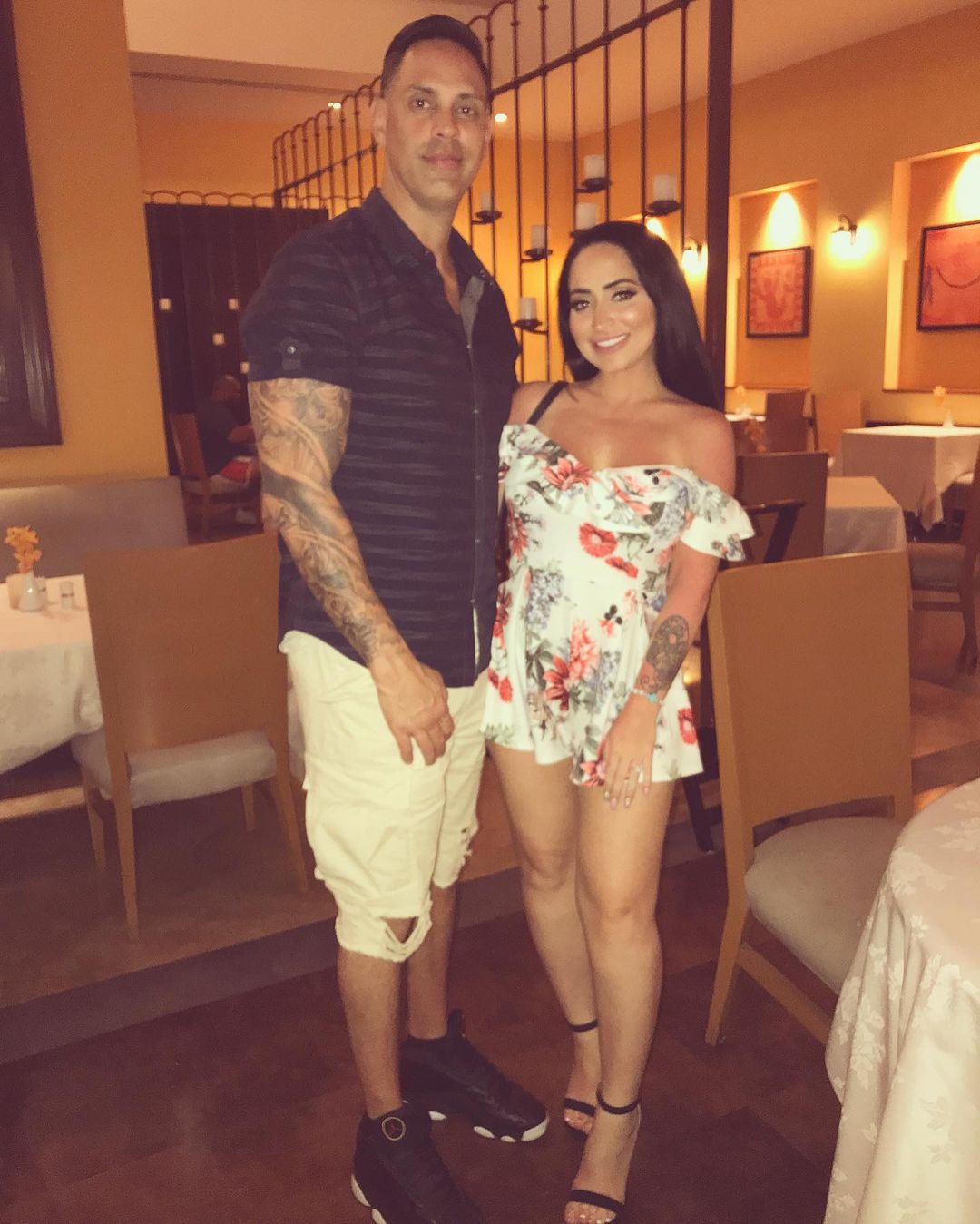 Angelina’s husband, Chris Larangeira, is said to be ‘living’ with the star despite earlier divorce rumorsCredit: Instagram 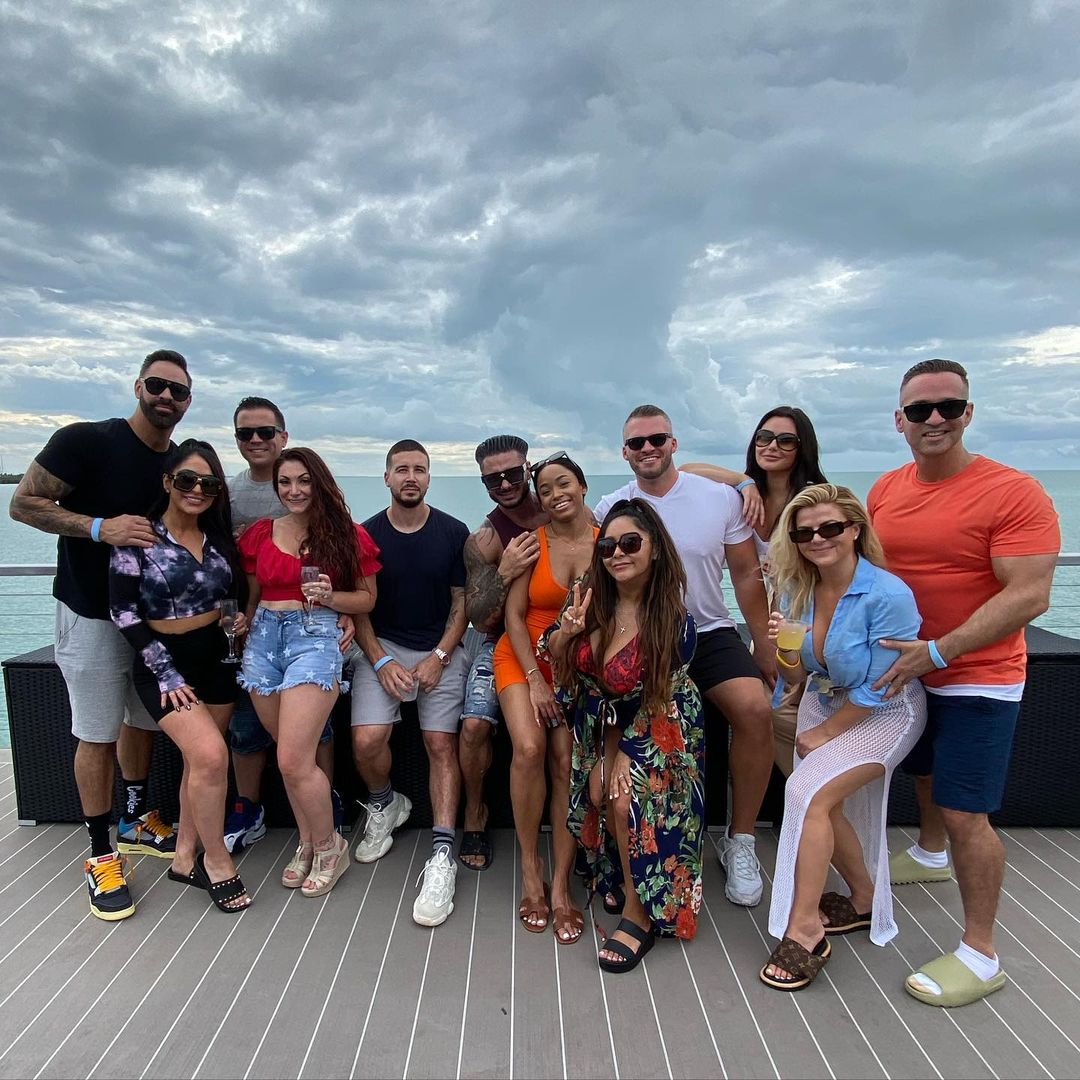 The pair posed together in a new photo shared by Angelina’s co-star Mike ‘The Situation’ SorrentinoCredit: Instagram/mikethesituation