JERSEY Shore fans have been in shock after Angelina Pivarnick was spotted looking completely unrecognizable in a new unedited cast photo.

The cast all banded to revolt together in wake of MTV announcing a Jersey Shore reboot show with an all-new cast. 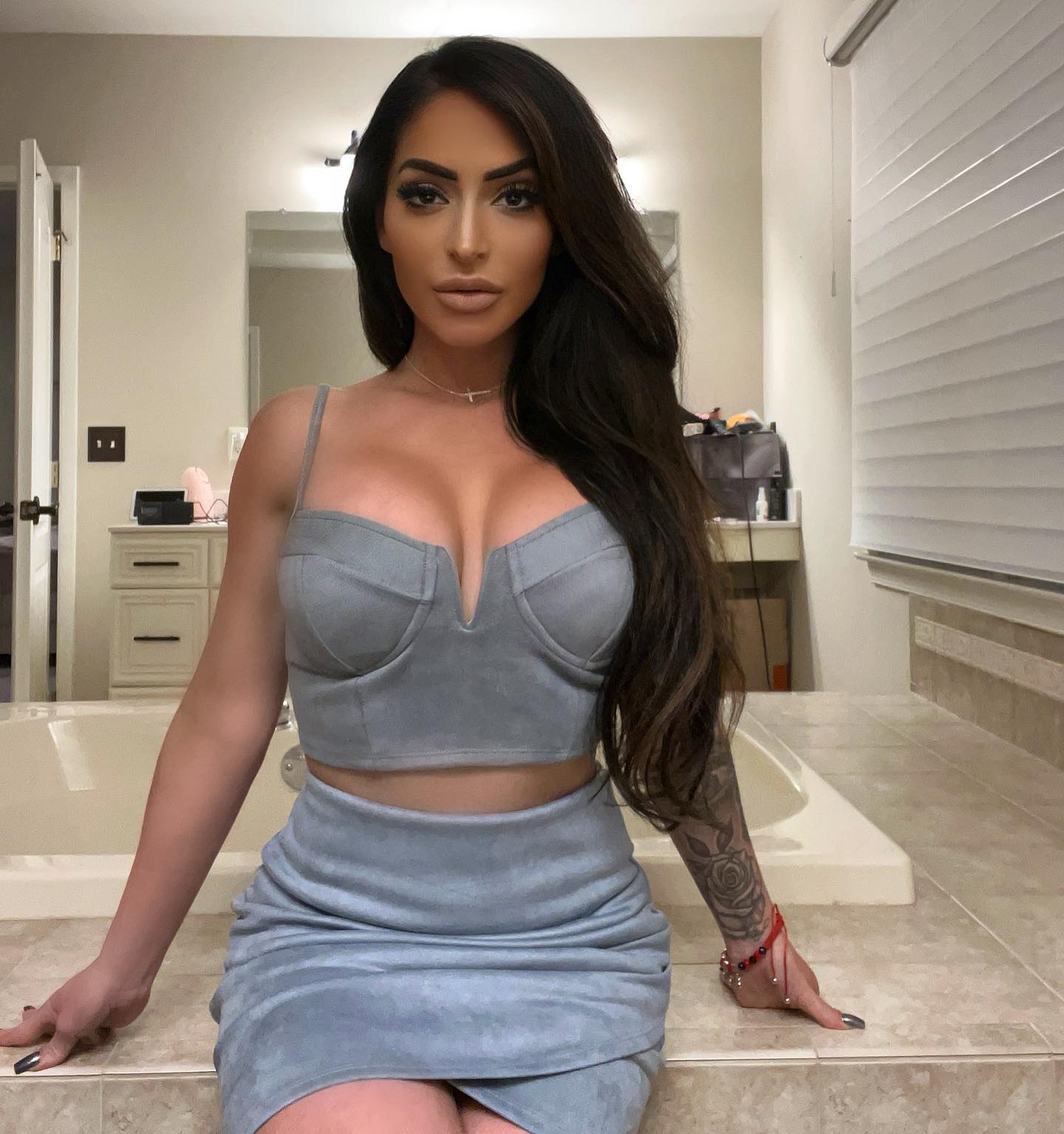 The star looked almost unidentifiable in shades and sweats as she ditched her usual glammed-up looksCredit: Angelina Pivarnick/Instagram

Cast mate Mike “The Situation” Sorrentino posted a recent Instagram snap that had fans looking for the Jersey Shore star.

Mike posted a photo of the full Jersey Shore cast as they all wore matching San Diego, California sweatshirts.

He captioned his post: “We may not have it al together, but together we have it all.”

Although a fan in the comments asked: “Who is in between Chris and JWoww?” 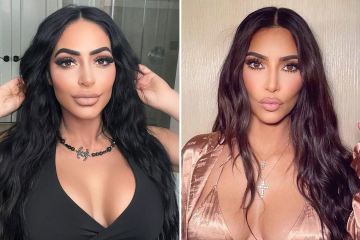 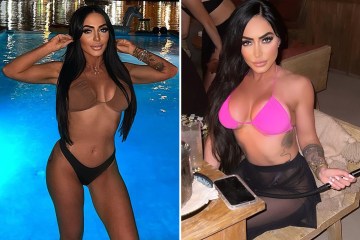 As fans replied that the unidentifiable person in sweats and large sunglasses was Angelia, a user responded: “That’s not Angeliners!” only to moments later respond: “OMG, it is! Never mind, she looks so different.”

A third user commented: “It doesn’t look like her!”

The Jersey Shore cast slammed MTV for launching a copycat reboot of their reality show with an all-new cast.

In 2009, fake tans, bump-its, and wild ensembles were all the rage on MTV as the original Jersey Shore made its MTV debut.

The series lasted until 2012 and spawned various spinoffs with its cast members, including the most recent, Family Vacation.

Now, MTV recently announced that yet another version is on its way, but this time it’ll be a reboot and with new stars.

The original personalities, including Nicole “Snooki” Polizzi, Jenni “JWoww” Farley, Vinny Guadagnino, and more, stood together on Thursday and came out against this idea, posting a shared statement to their social media pages.

Along with Snooki, JWoww, and Vinny, the message was also shared by Deena Nicole Cortese, Mike “The Situation” Sorrentino, Pauly D and Angelina Pivarnick.

The furious note read: ”As a cast that took a chance with a network in need, we put our most vulnerable moments on television for the world to see.

“We gave our all over the past 13 years, became a family and continue to open our lives for the world.

“So please understand that we are not in support of a version that will exploit our original show, our hard work and authenticity to gain viewers.”

They then reminded fans to tune in for a new episode of their current MTV series, Family Vacation, and added the caption: “#WeAreJerseyShore.”

They then reminded fans to tune in for a new episode of their current MTV series, Family Vacation, and added the caption: “#WeAreJerseyShore.”

On Wednesday, MTV revealed plans for Jersey Shore 2.0, a reboot of the popular reality show that premiered more than a decade ago.

“It’s been 13 years since the iconic cast of Jersey Shore fist-pumped their way into our lives and stole our hearts,” the network said in a release.

The announcement continued: “Now, the time-honored tradition continues with a new group of roommates moving into their own Shore house.”

“They may have traded their poofs for plumped pouts and UV rays for spray tans, but when things heat up in Jersey, the Shore is still the place to be to make memories all summer long.”

Although Angelina was branded as unrecognizable in this most recent shot, fans have been thinking the Jersey Shore star could be Kim Kardashian’s twin.

In a recent Instagram post, the star swept her dark black hair behind her ears and wore a black tank top with a Chanel necklace.

She posted the photo as a promotion for a friend’s page, although it wasn’t what fans were buzzing about in the comments.

One fan noticed: “You look like Kim Kardashian in this picture.”

A second agreed and said: “Her and Kim K must have the same surgeon.”

Yet a third asked: “You look just like Kim K. I thought this was a new picture Kim just posted. The weird thing is you never looked like her. Are you getting plastic surgery to look like her?”

A fourth fan commented: “It’s wild. It’s like she copy and pasted Kim’s face on her face.” 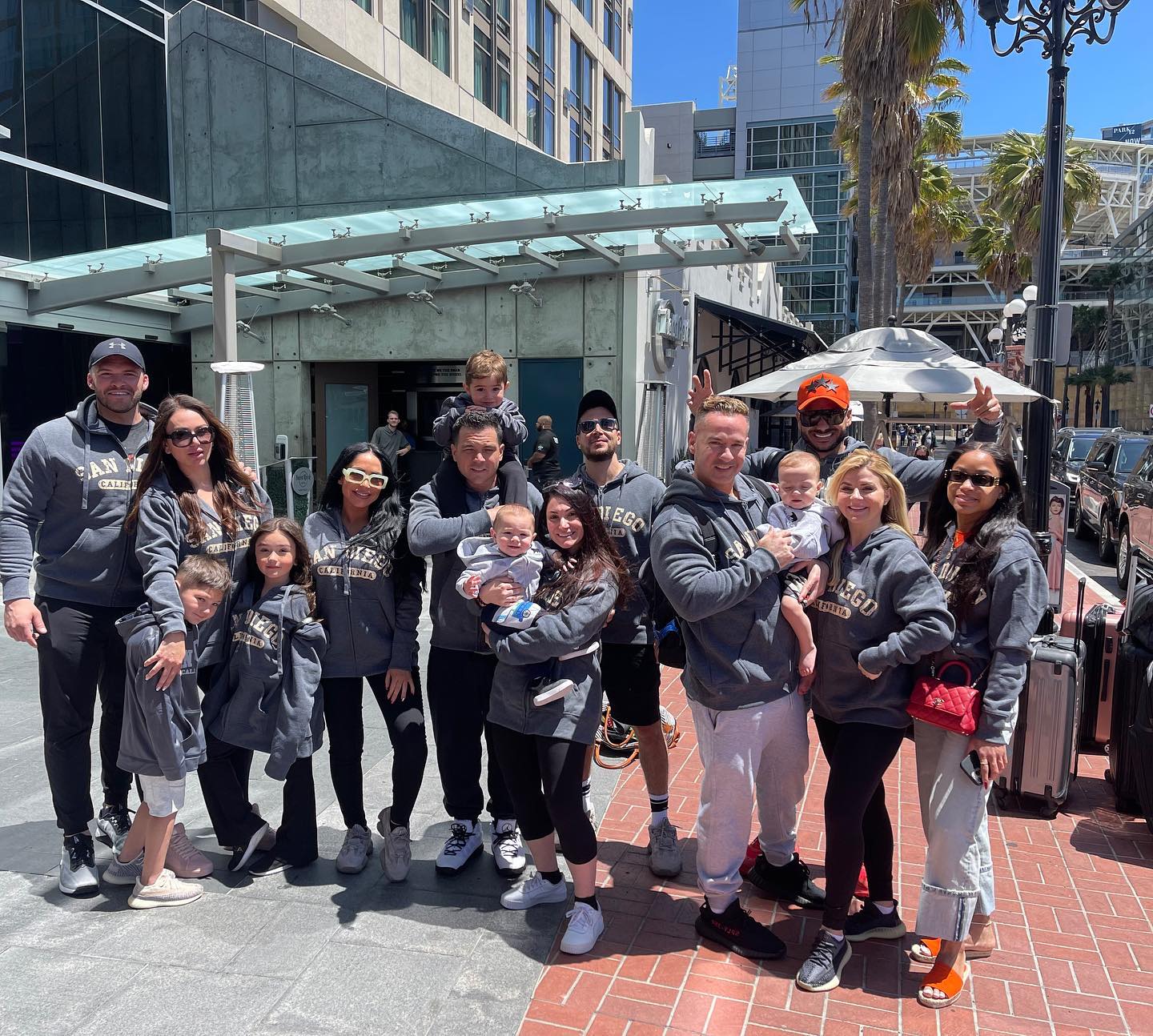 Fans struggled to identify the star in a group photoCredit: Instagram/mikethesituation 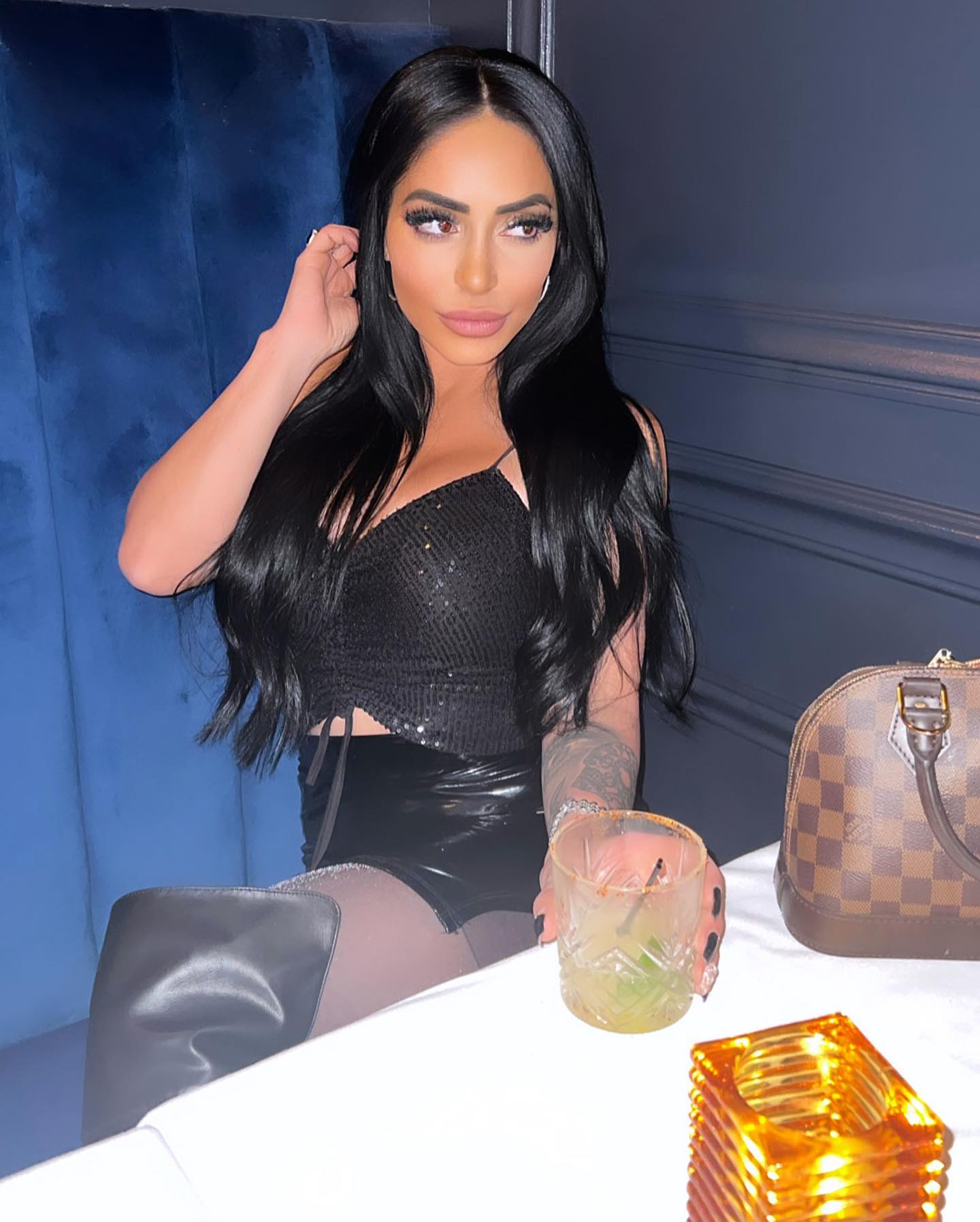 Angelina joined her original cast to take a stand against the new Jersey Shore reboot show which will not include any of the starsCredit: Instagram/@angelinamtv 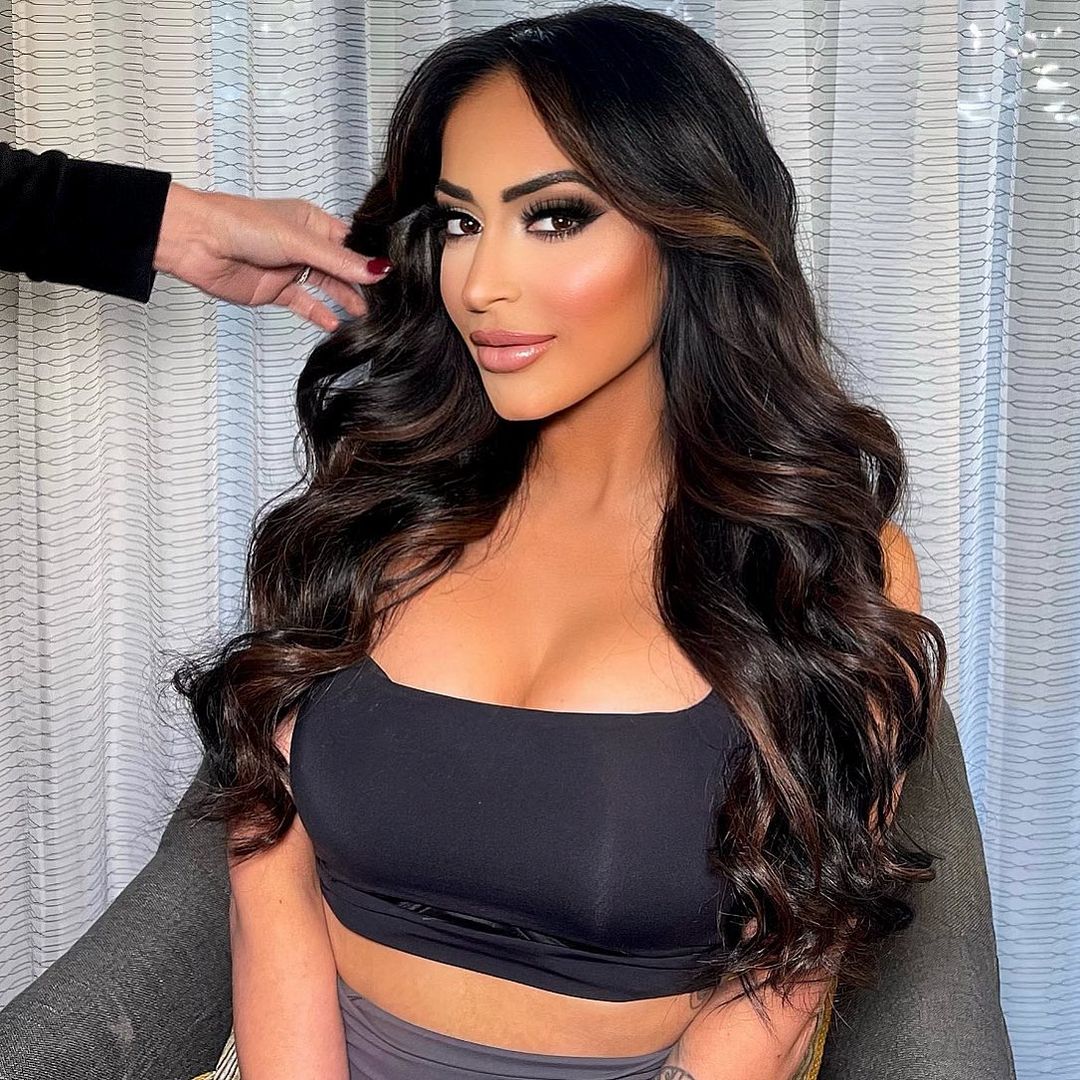 Although Angelina was unrecognizable in the cast photo, fans have thought she could be Kim Kardashian’s kidCredit: Instagram / angelinamtv 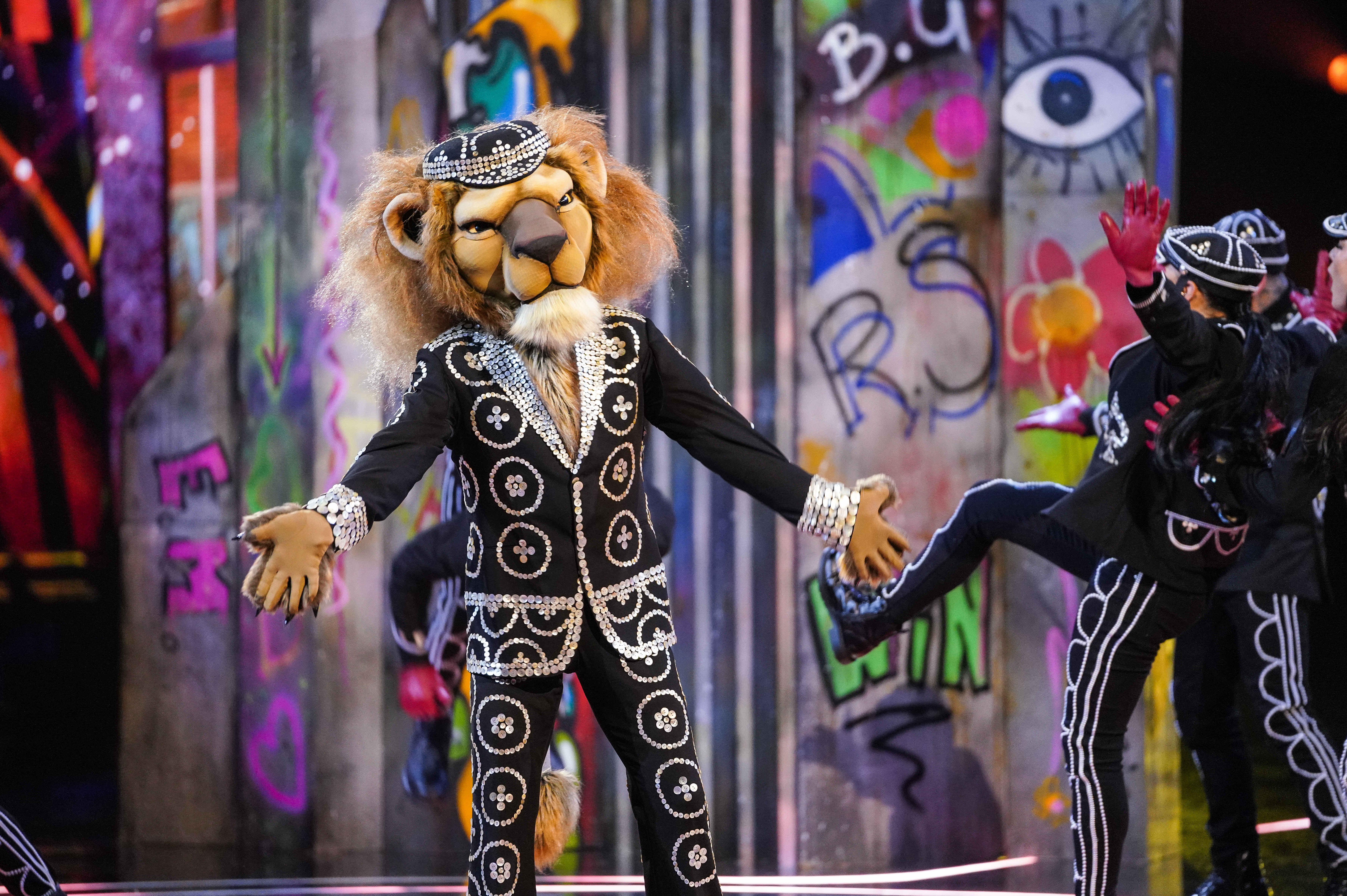 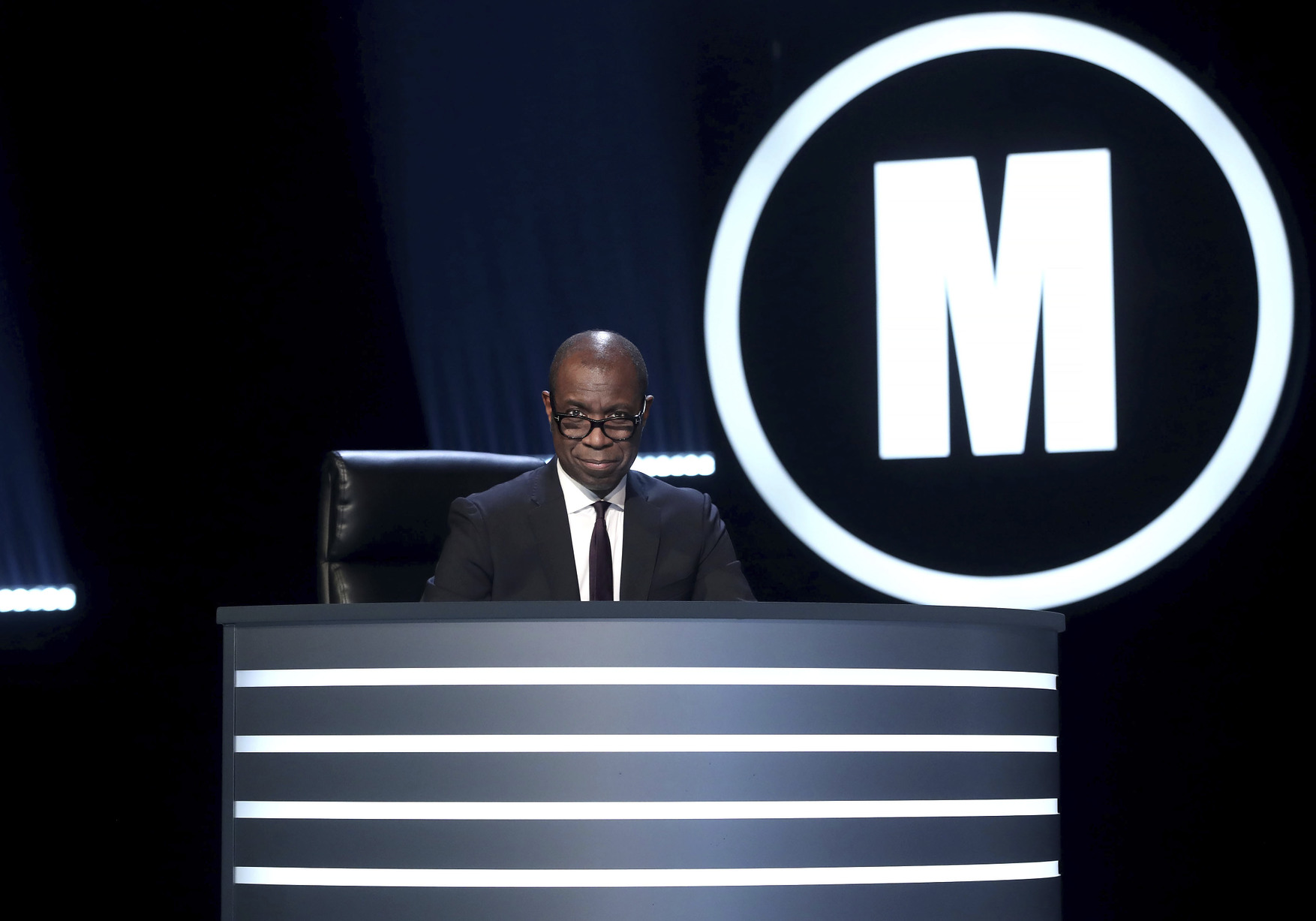 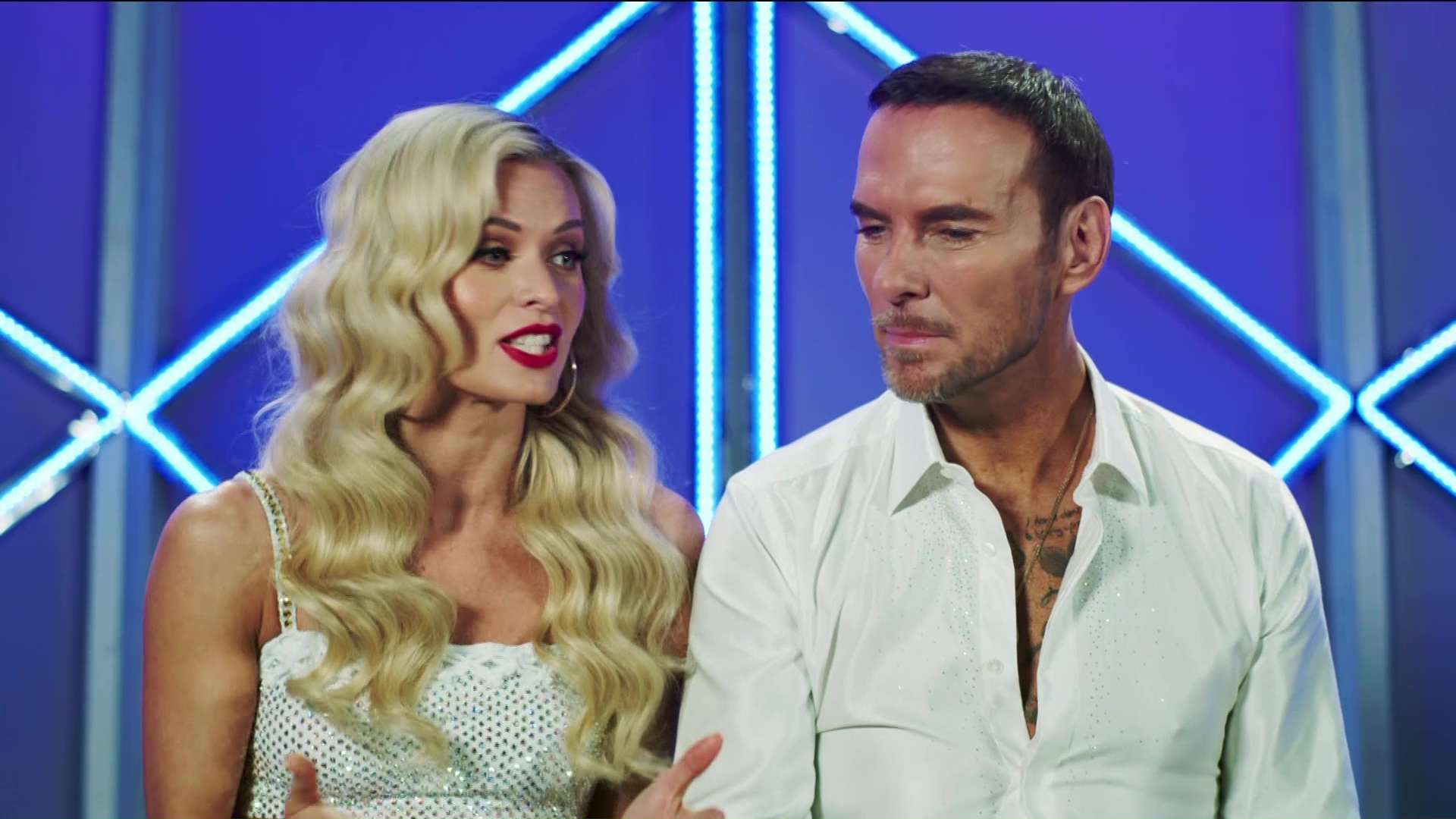 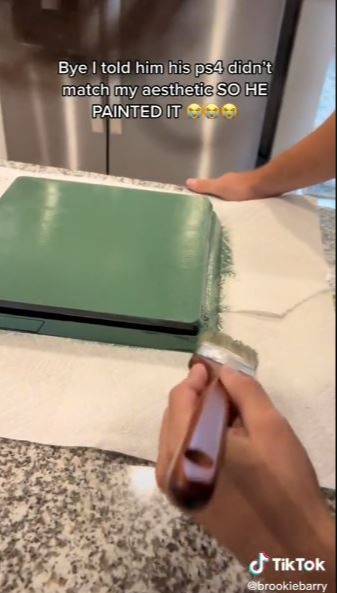 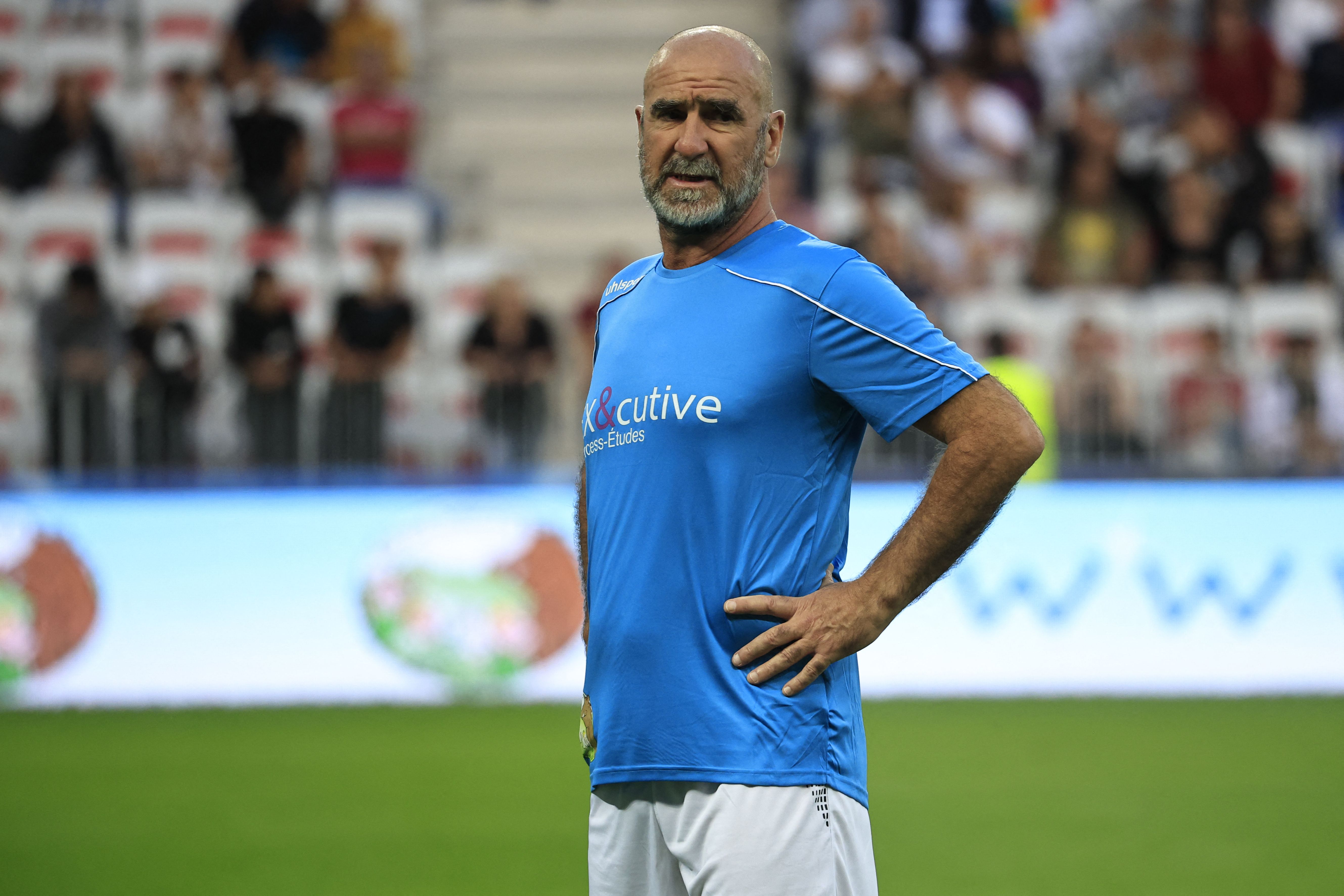