JERMAINE McGillvary wants heads ‘banged together’ for the good of rugby league after helping down England.

For the sport is going backwards, as the furore over England’s clash with the Combined Nations All Stars showed.

Jermaine McGillvary has called for heads to be ‘banged together’ for the good of rugby leagueCredit: SWPIX.COM

While he helped Tim Sheens’ collection of Super League’s best foreign players shock national boss Shaun Wane on his first game in charge, club side Huddersfield was in action.

That highlighted the problem. While the on-field quality is undoubted, so are the off-field issues he feels are putting the 13-a-side code on the decline.

At the moment, Super League does what is best for its clubs while the Rugby Football League has England and the lower levels – and there is no love lost between them.

For McGillvary, England’s fourth highest try scorer but who was representing his heritage in Grenada, that has to stop.

He said: “Super League and the RFL need to bang heads together and sort it out. 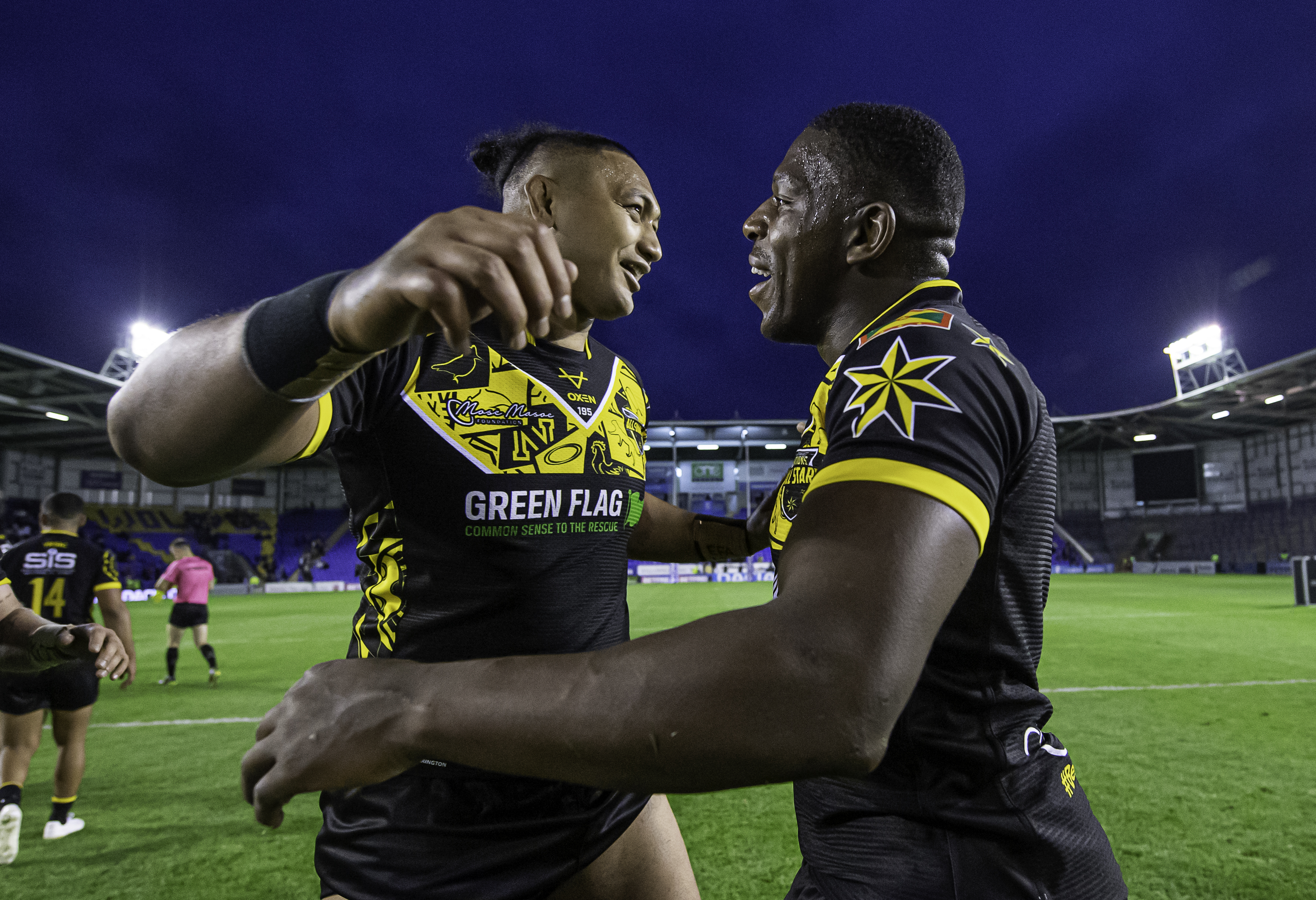 “I’ve been playing for 12 years and the sport’s not progressed since I came through. I think it’s declined a bit with how it’s run.

“It’s like they’re fighting against each other. It should be all for one to grow the game. It might take years but the game’s not grown, it’s gone a bit backwards.

“And it’s such a great game. My kids play it, I watch local amateur clubs and everyone loves it but it’s not progressing.

“It needs the two organisations to get together and sort out a proper schedule but as long as they’re fighting each other it’s not going to grow.

“This game should have had no others in Super League. As long as we’re playing games and internationals, it’s not going to work out.” 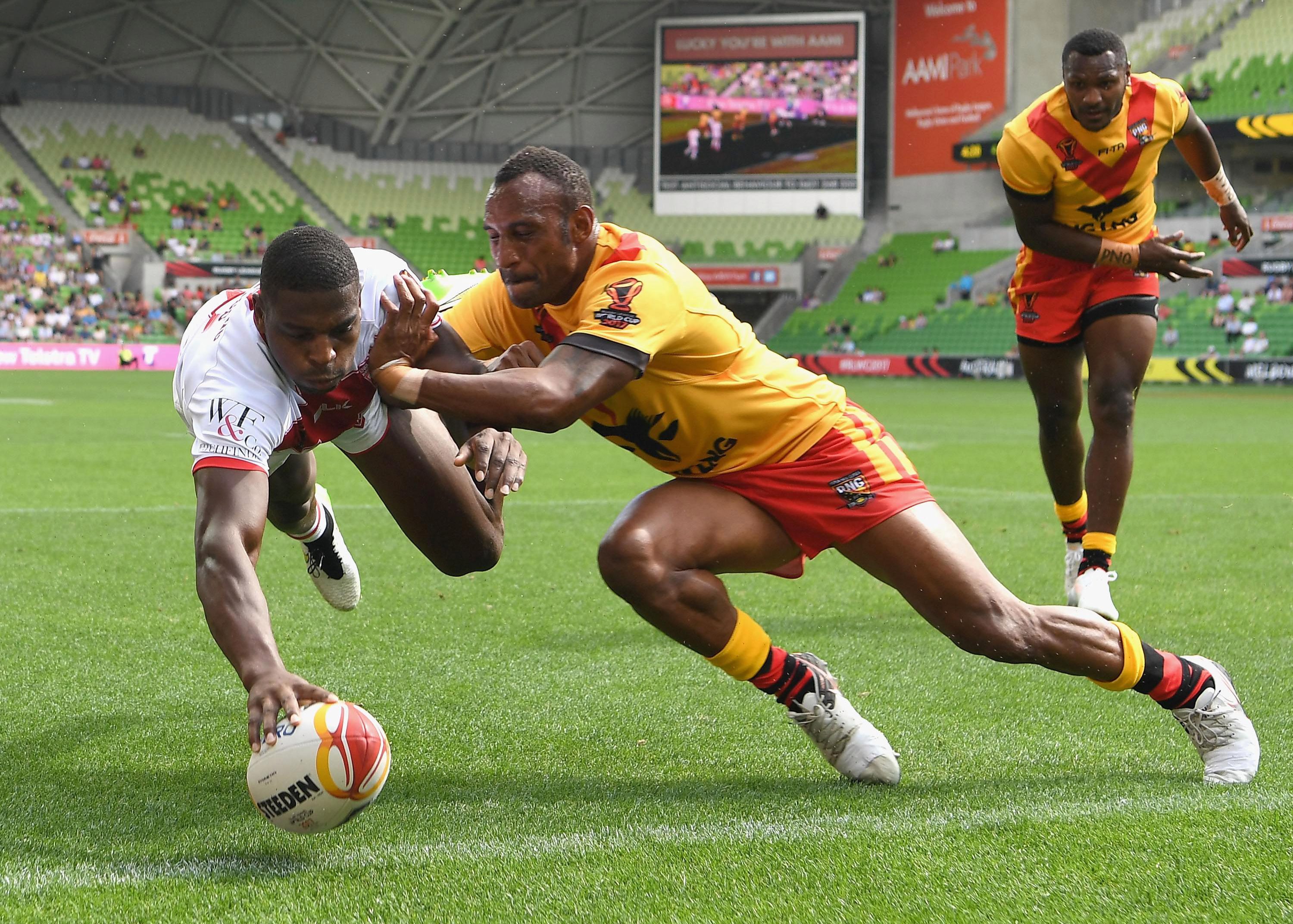 McGillvary, who has 12 tries in 17 England appearances, showed Wane he can still do it by scoring in Friday’s 26-24 win.

And the 33-year-old revealed just how his All Stars appearance came about – and what it meant.

He added: “Playing them was weird. I found out on Monday I wasn’t playing for England, so I rang Jake Connor to say, ‘I’m not in. If you’re short of players let me know.’

“When he got there, they were about five short, so he said, ‘Tim wants you to come now.’ I replied, ‘I’ve got to sort the kids out.’ I travelled down on Tuesday morning.

“Grenada doesn’t have a rugby league team and my grandparents basically brought me up until I was about 14. So to represent them and have the flag on my jersey was a massive thing for me.

“And I loved it. Tim wanted us to go out there and enjoy ourselves and try and entertain. I think we did that.” 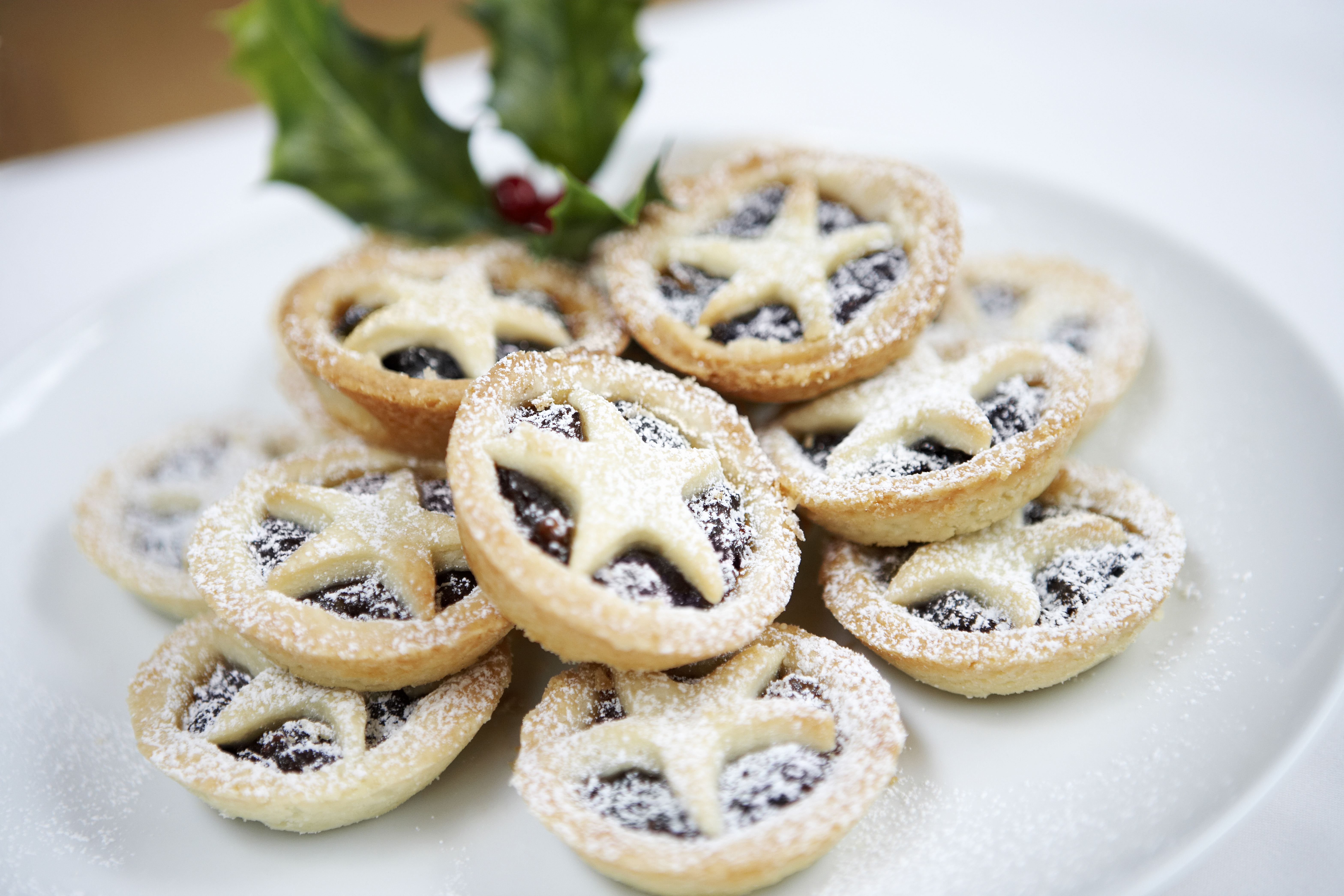