JACQUELINE Jossa has shared cruel messages that she received from a vile troll who called her “chunky”.

The 28-year-old star has been on a health kick, which has seen her shed “over half a stone”. 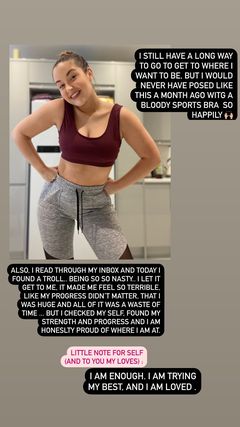 Jacqueline Jossa shared a series of vile messages from a cruel troll targeting her weightCredit: Instagram/jacjossa

Alongside a smiling photo of the actress, she wrote: “I still have a long way to go to get to where I want to be. But I would never have posed like this a month ago with a bloody sports bra so happily.

“Also I read through my inbox and today I found a troll being so so nasty. I let it get to me.

“It made me feel so terrible like my progress didn’t matter. That I was huge and all of it was a waste of time. 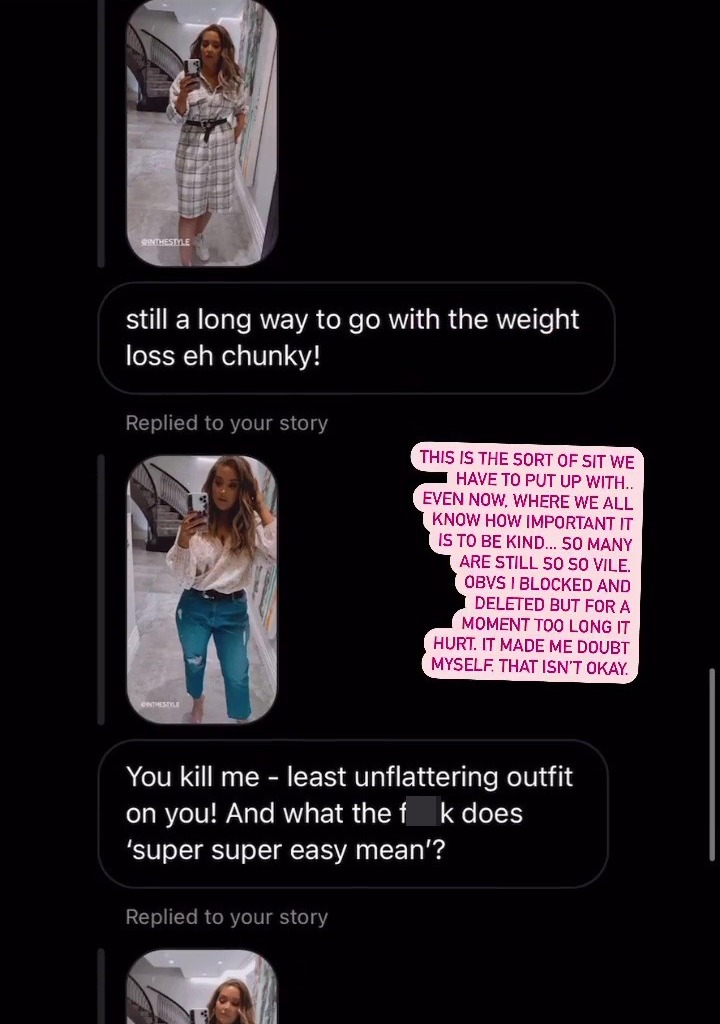 “But I checked myself, found my strength and progress and I am honestly so proud of where I am at.

The former EastEnders star went onto share the abusive comments with her followers.

The star shared the vile direct message on her Instagram Story, with one comment calling her “chunky” and saying she had a “massive chin and thighs”. 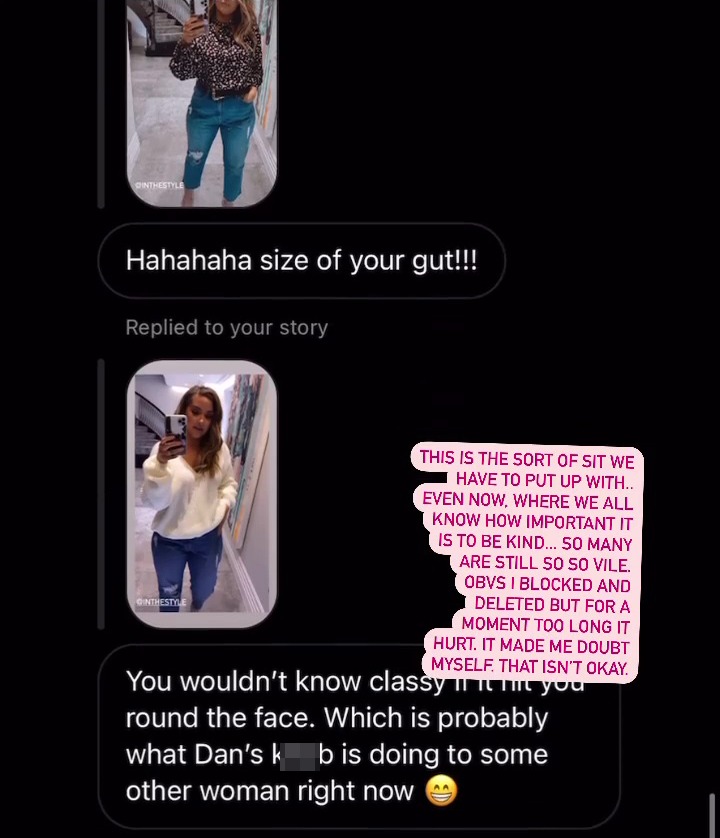 Another of the horrid messages read: “Least unflattering outfit on you!”

The cruel troll then went onto target her marriage, writing: “You wouldn’t know classy if it hit you round the face. Which is probably what Dan’s k**b is doing to some other woman right now.”

The I’m a Celeb champion said the vicious messages had made her “doubt” herself admitting that she often receives vile messages. 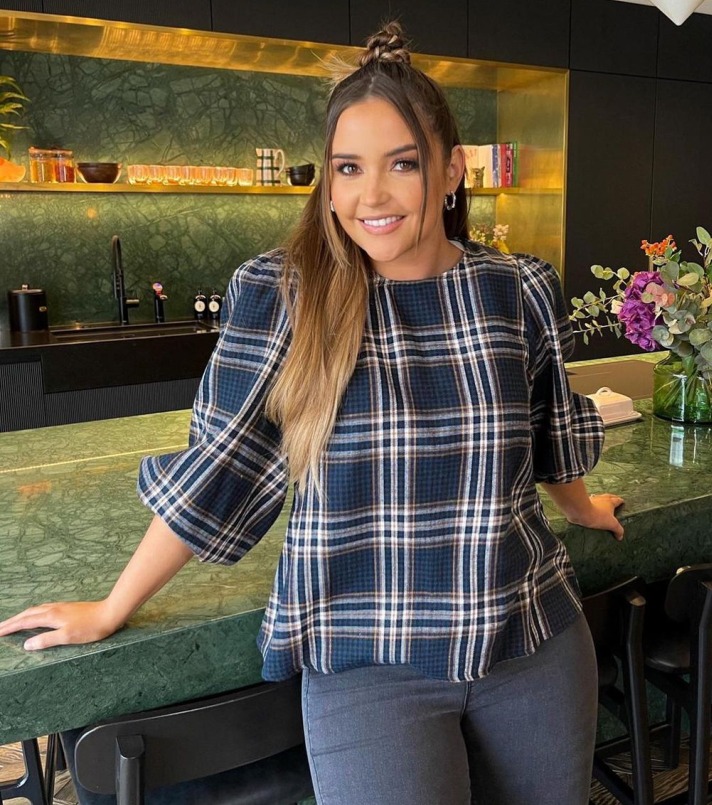 She wrote: “This is the sort of s**t we have to put up with. Even now. Where we all know how important it is to be kind.

“So many are still so so vile. Obvs I blocked and deleted but for the moment too long it hurt.

“It made me doubt myself. That isn’t okay.”

Yesterday, the actress updated her fans on her weight loss journey. 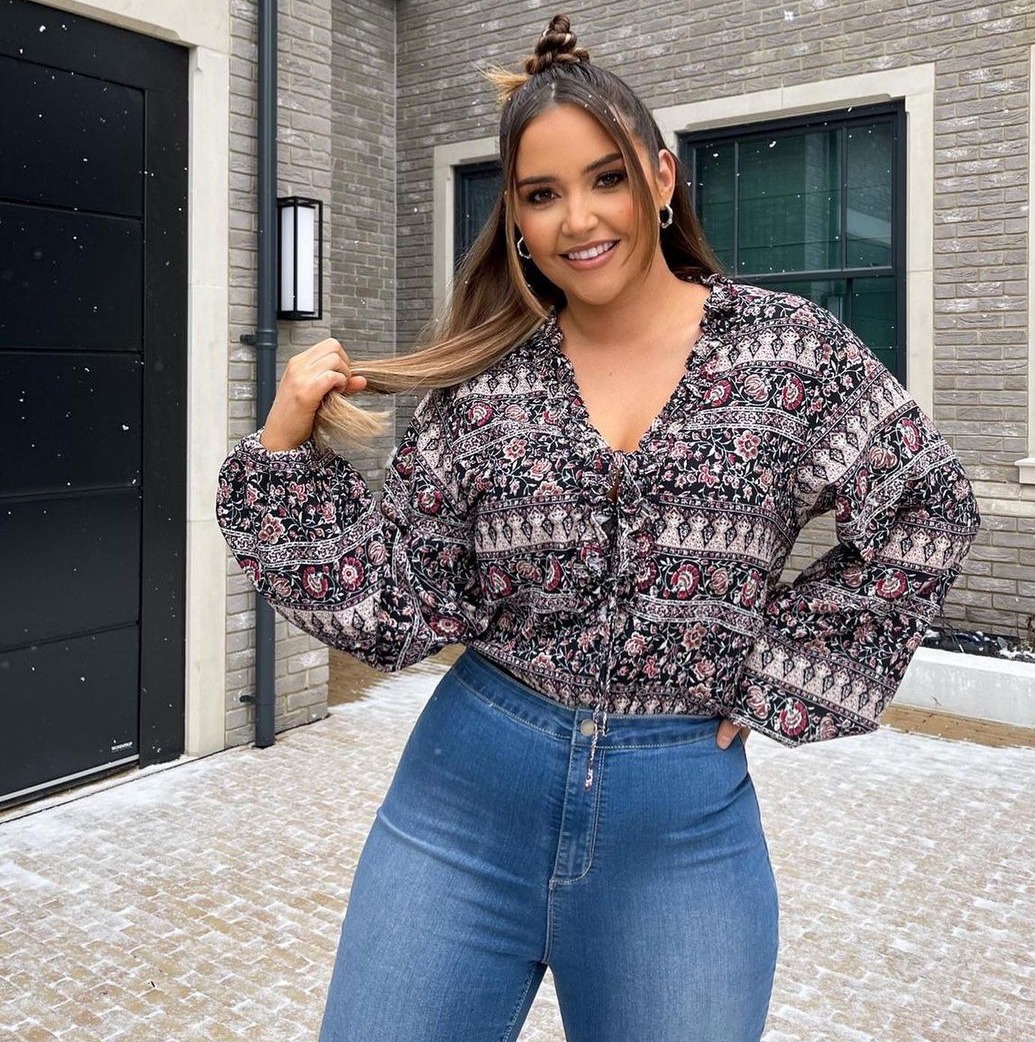 The star said the vile messages made her ‘doubt’ herselfCredit: instagram

Speaking in a Q&A with fans, Jacqueline told fans how much she’d lost but insisted there was still more to go.

She replied: “I don’t actually know and this week I haven’t looked. But over half a stone. But I’ve got a while to go.”

Earlier in the day she admitted to being on a “healthy reboot plan”.

The star said: “I have tried to be as good as possible. You guys know I’m on a bit of a healthy reboot plan. 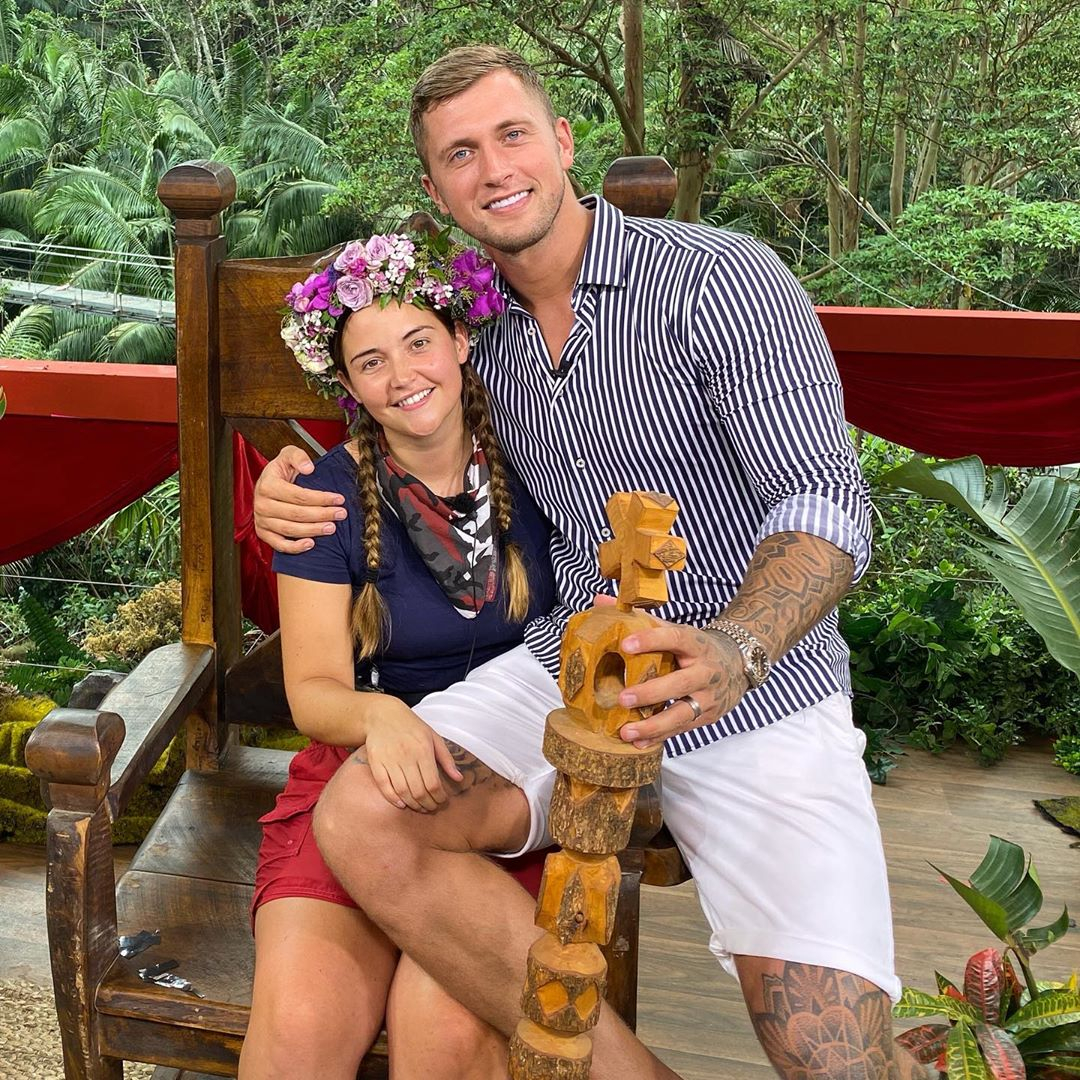 Dan has also been helping the star with her dietCredit: Refer to Caption

She added: “I think we’re going to be fine. I still feel really good and I definitely haven’t eaten as much crap as I would have during these times. So that’s good isn’t it.”

Jac has been juggling her new fitness routine with being a mum to Ella, six, and Mia, two, with husband Dan Osborne.

The Queen of the Jungle previously said feels more “confident and positive” after starting her weight loss journey.

The star joked that she had piled on the lockdown weight and was ready to get back into shape. 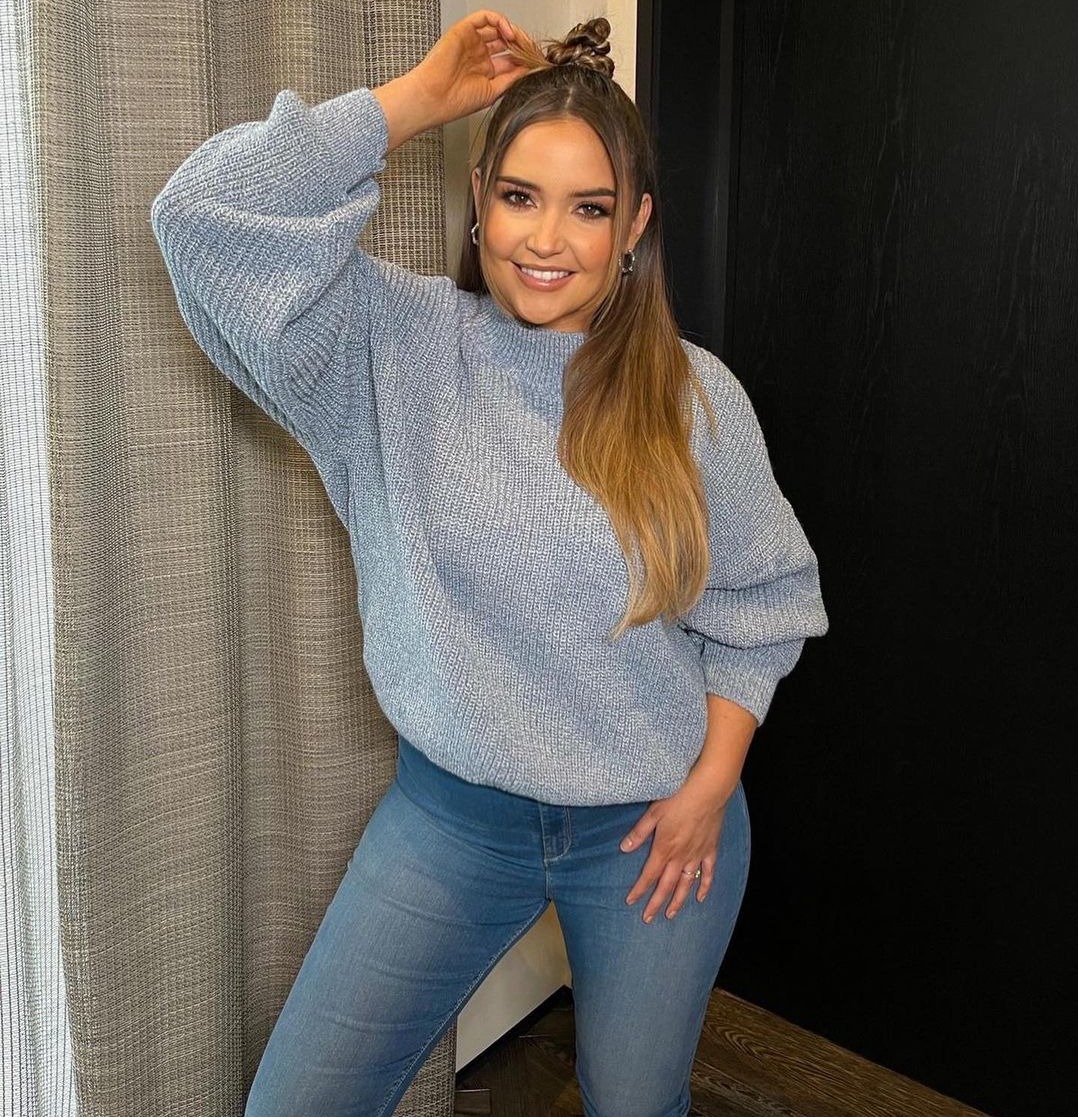 Jac said: “I am losing weight, I’ve lost over half a stone. I’m really happy, I’ve got a long way to go.

The former EastEnders star has started a new fitness routine involving various workouts – but is yet to tell her fans what these exercises include.

She explained: “I need to know what I’m doing is correct and right for me before I share it with you guys, because I don’t want to be messing with your lives.”