A MUM has spent 45 years collecting so many plastic bags she has a whole storage space dedicated to them.

Angela Clarke now has more than 10,000 to her name – and some of them are worth hundreds of pounds. 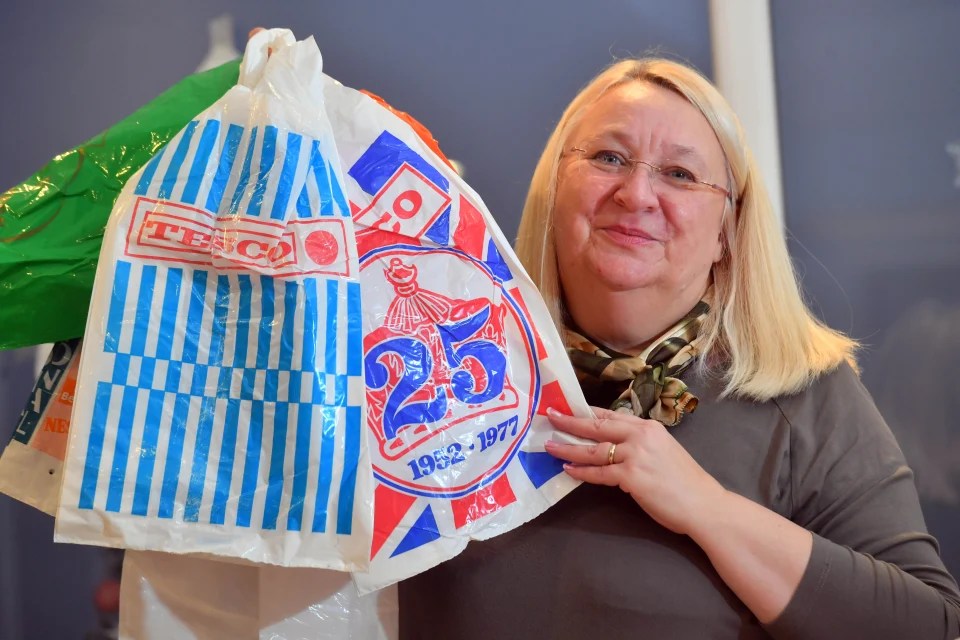 The 55-year-old describes the plastic bags as her ‘babies’Credit: Media Wales

Her family were gearing up to celebrate the Queen’s Silver Jubilee and the then-schoolgirl became fascinated with the carrier bags commemorating the occasion.

And her interest only intensified when her dad returned from a trip to Jersey with a black bag with a silver crinoline lady on the front, which she immediately stuck on her wall.

Angela, from the Cynon Valley town of Aberdare, told WalesOnline: “Quite often I would put them in my bedroom and they had lovely patterns on and some even had pop stars of the days on them, like David Soul.

“They were cheap and easy to collect, you could hang them up, as I say to people, they were modern art of the time.”

After just one year of collecting, Angela had amassed 200 carrier bags and appeared on the BBC Saturday morning kids programme Multicoloured Swap Shop thanks to her unusual hobby.

She said: “The whole collection just snowballed after I went on the show, the BBC had hundreds of bags sent in for me.

“Somebody went abroad for the Olympics and remembered that I’d been on Swap Shop and got in touch, so I started having bags from abroad.

“This was a time when package holidays weren’t as popular as they are now.

“Aberdare was a small place, everyone knew everybody and people would go away on holiday and bring back a carrier bag for me so I started getting bags from around the world.”

Angela quickly realised her collection offered small “pieces of history” and a snapshot from the time they were first issued.

Her hoard includes bags from supermarkets like Tesco and Asda, as well as Disney, Woolworths, BHS and one with the twin towers in New York.

The oldest in her collection is a pink and white striped bag from 1954, with the most expensive being flogged online for up to £225.

But despite sitting on a potential fortune, Angela has vowed never to part with her “babies”.

‘THEY ARE MY BABIES’

“They are still mine, they are my babies, but I do joke with the kids that it’s up to them what they do with them,” she said.

Angela had promised not to accumulate any more, but, according to her husband, she “can’t resist”.

“If I see something and think, ‘that’s unusual’, I’m going to add that to the collection,” she said.

Now with more than 10,000 to her name, Angela has a purpose-built storage space in her husband’s factory where they are all kept in stacker boxes. 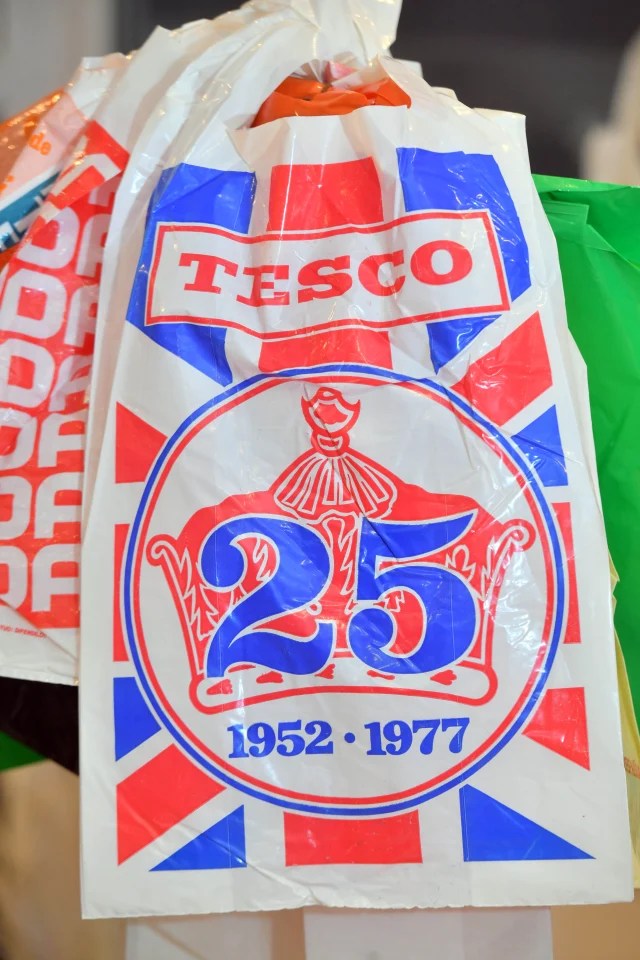 Some in her collection are being sold for £225 each onlineCredit: Media Wales 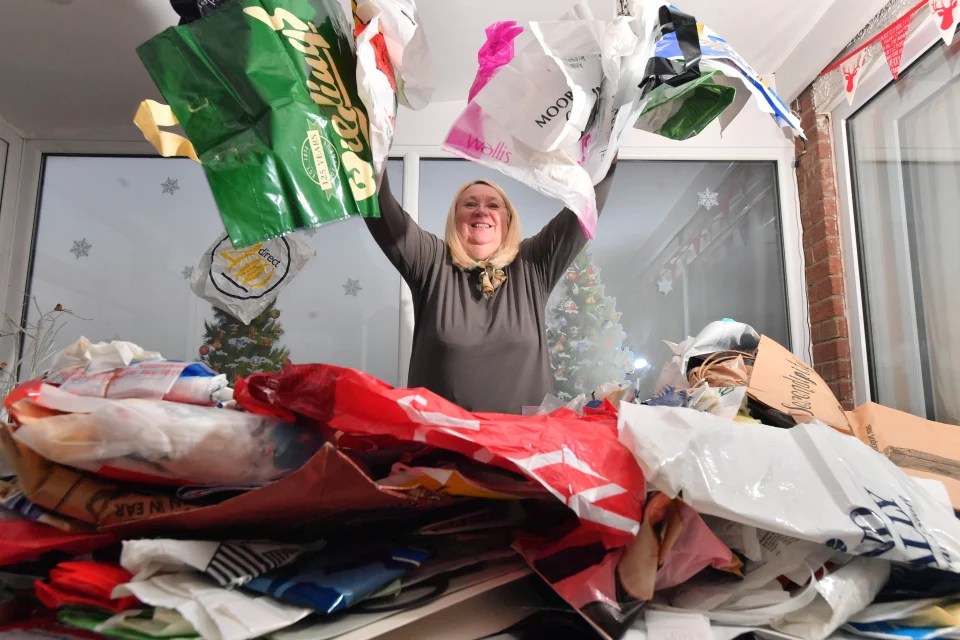 The oldest in her collection is from 1954Credit: Media Wales 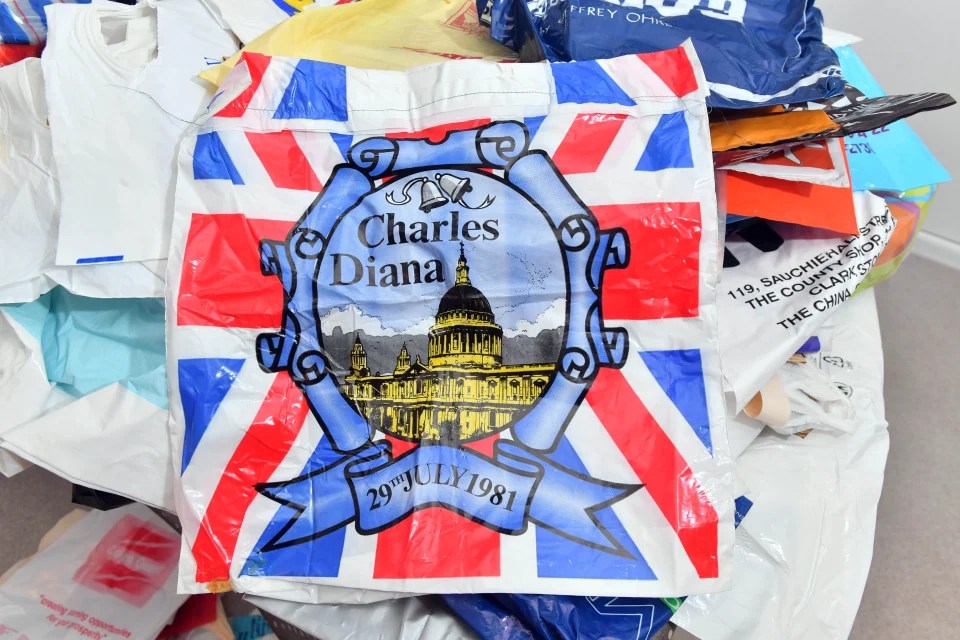 Among her hoard is a bag commemorating the marriage of Charles and DianaCredit: Media Wales 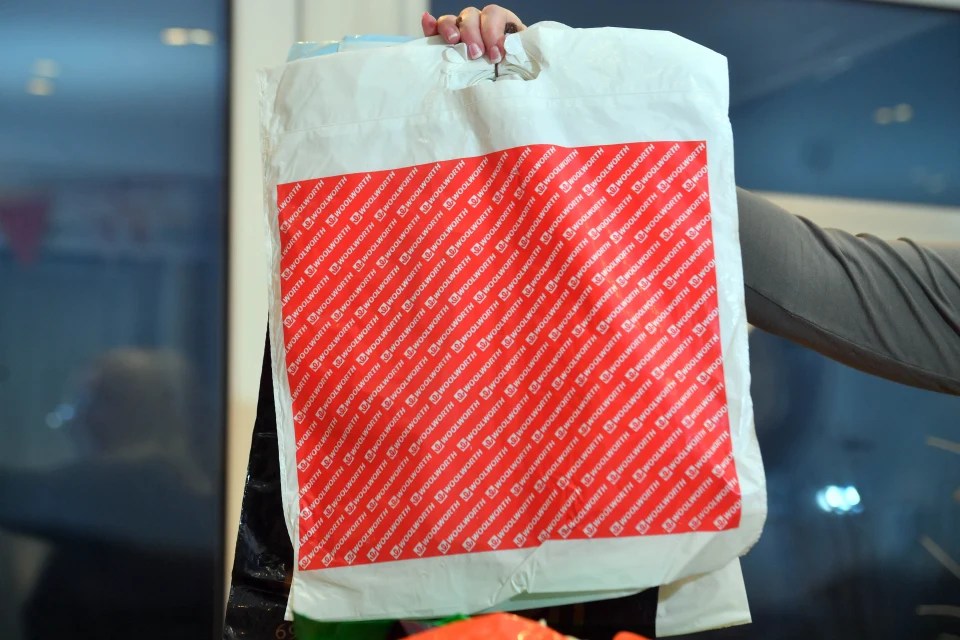 Angela has a dedicated storage space to keep her collection in good nickCredit: Media Wales

Cuddly toy collector loses her dog among pile of teddy bears – can you spot it?

I drive a secondhand hearse