IVANKA Trump teed off with Jared Kushner at her dad’s Miami golf resort as her sons Theodore, 4, and Joseph, 7, practiced their swings.

The couple was spotted hitting some rounds with their kids on Sunday, a day after Donald Trump was presented with an award from the Alabama GOP, declaring him one of the “greatest” president in US history. 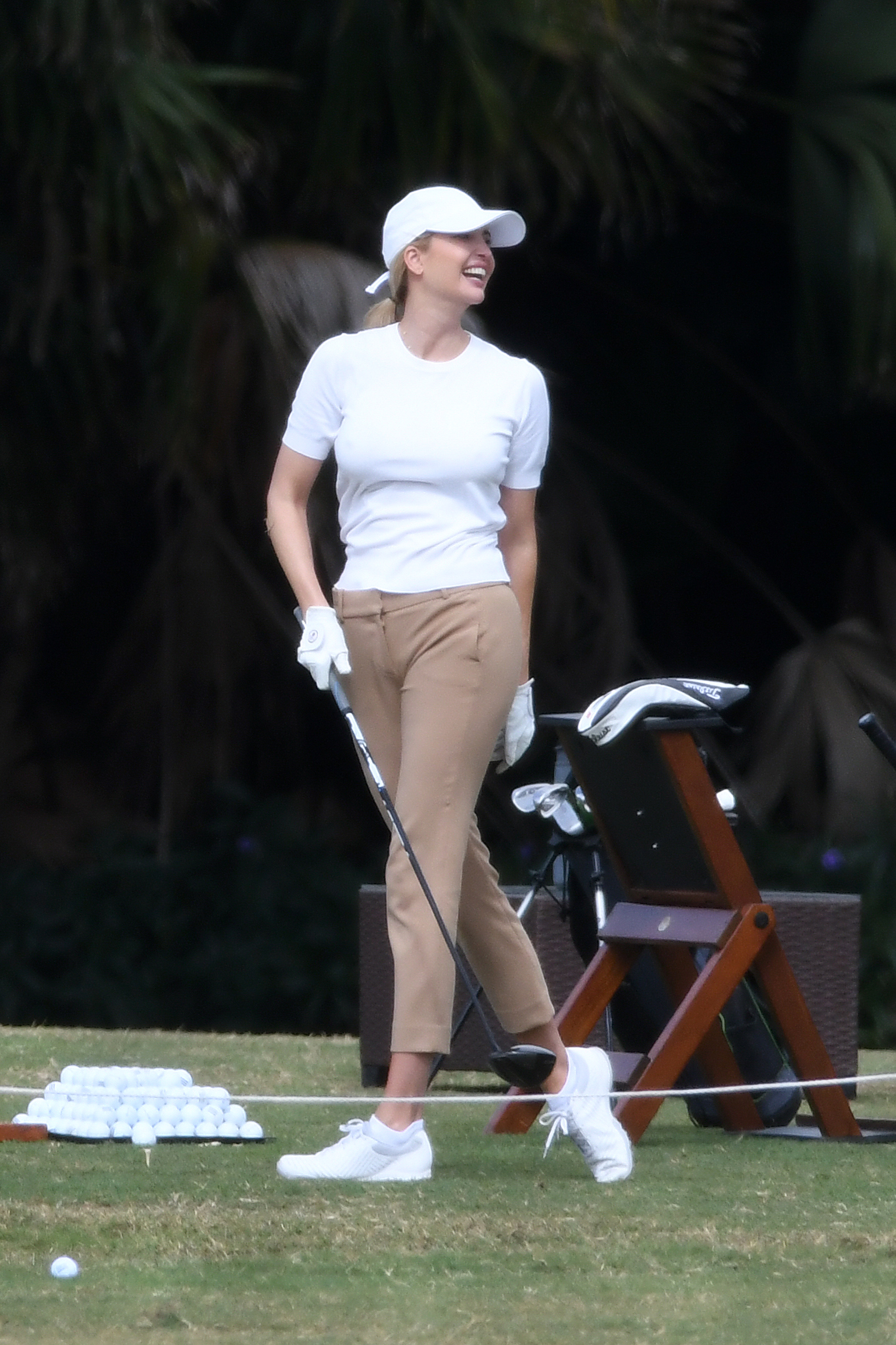 Ivanka Trump was seen golfing at her father’s course in Miami over the weekendCredit: MEGA 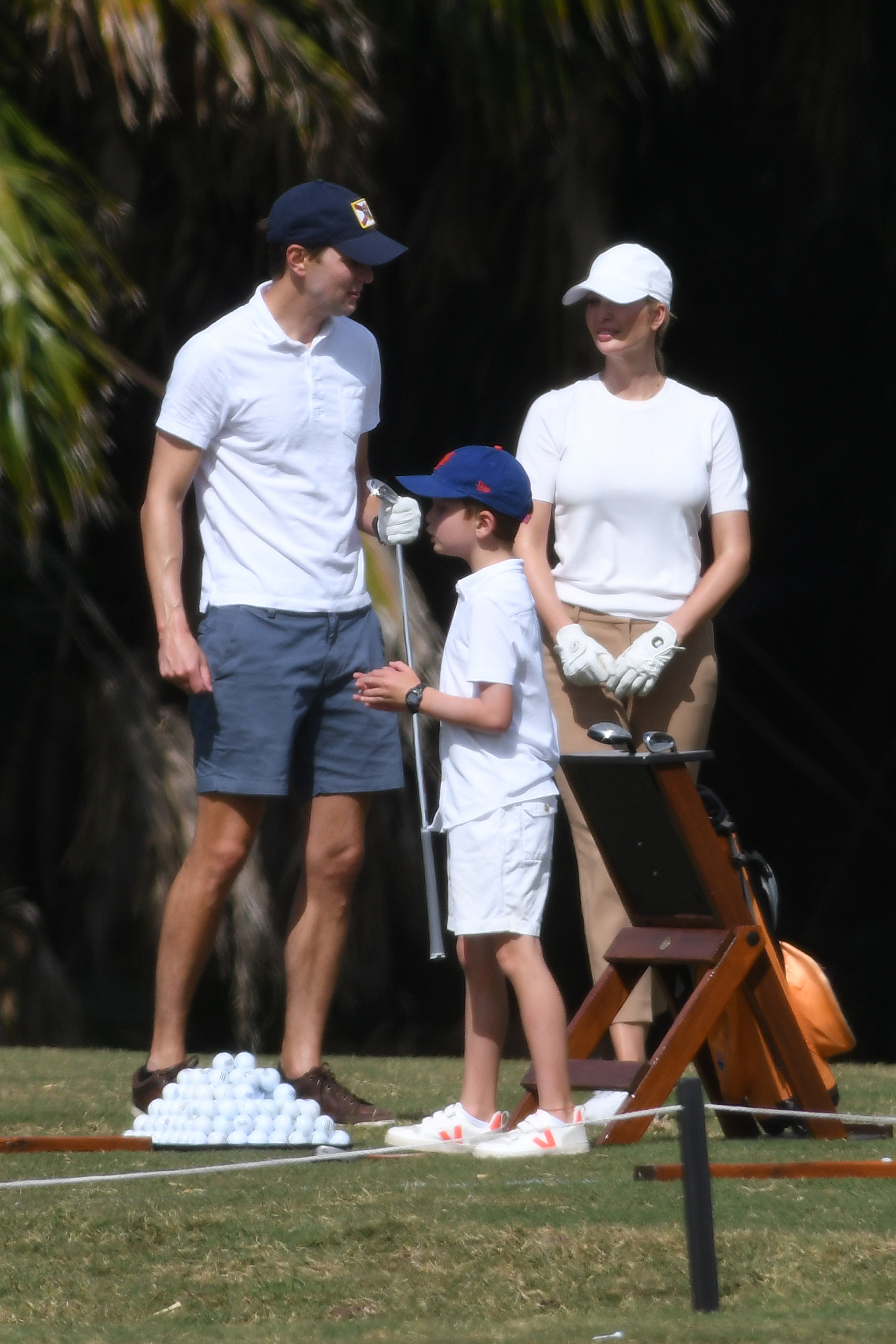 Ivanka and Jared were captured smiling and holding hands during their family outing.

The couple moved to Miami after leaving Washington, DC, before Joe Biden was sworn in as president at the end of January.

Both had previously held high positions in Trump’s White House. 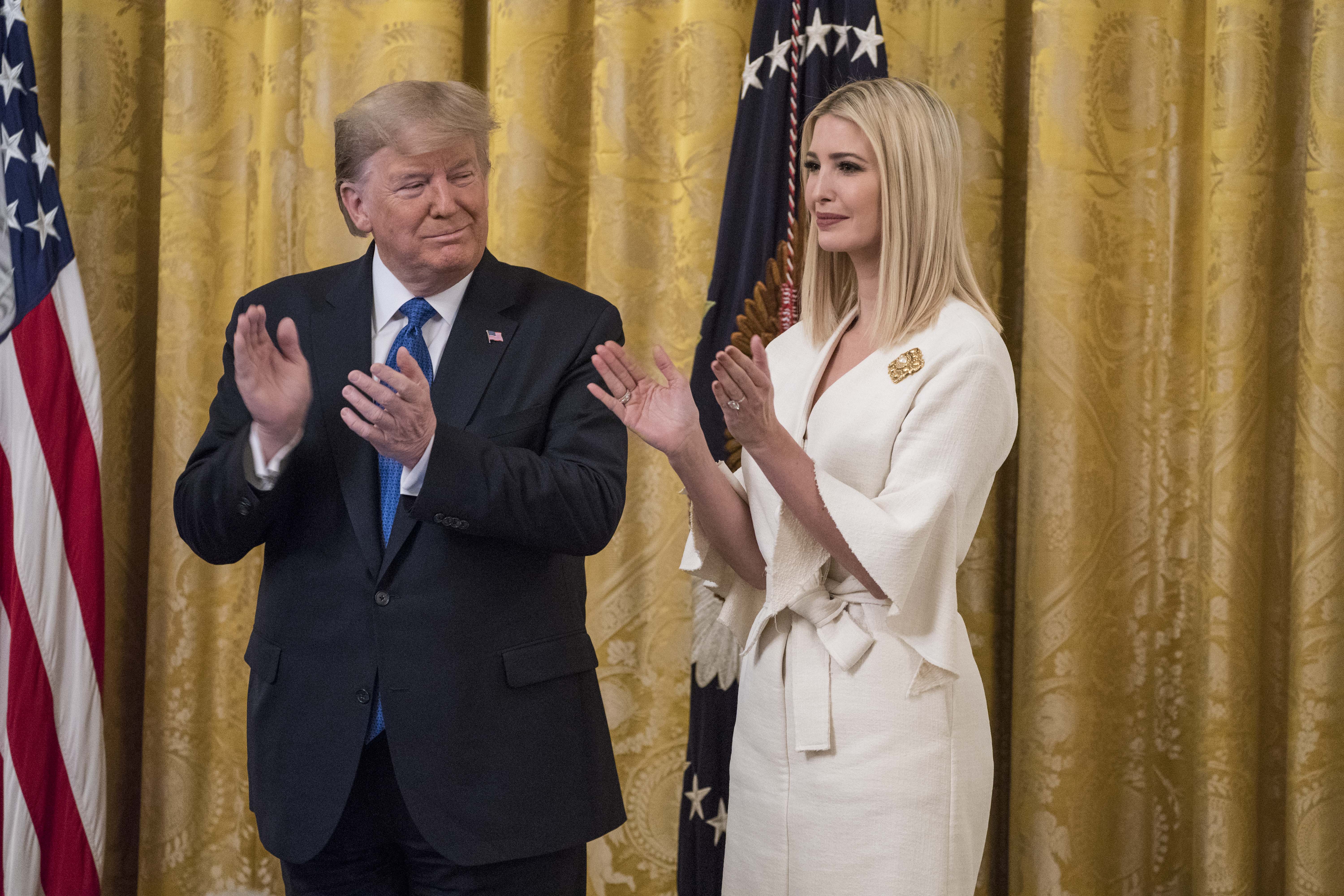 Ivanka moved to Miami after serving in her father’s White HouseCredit: Getty Images 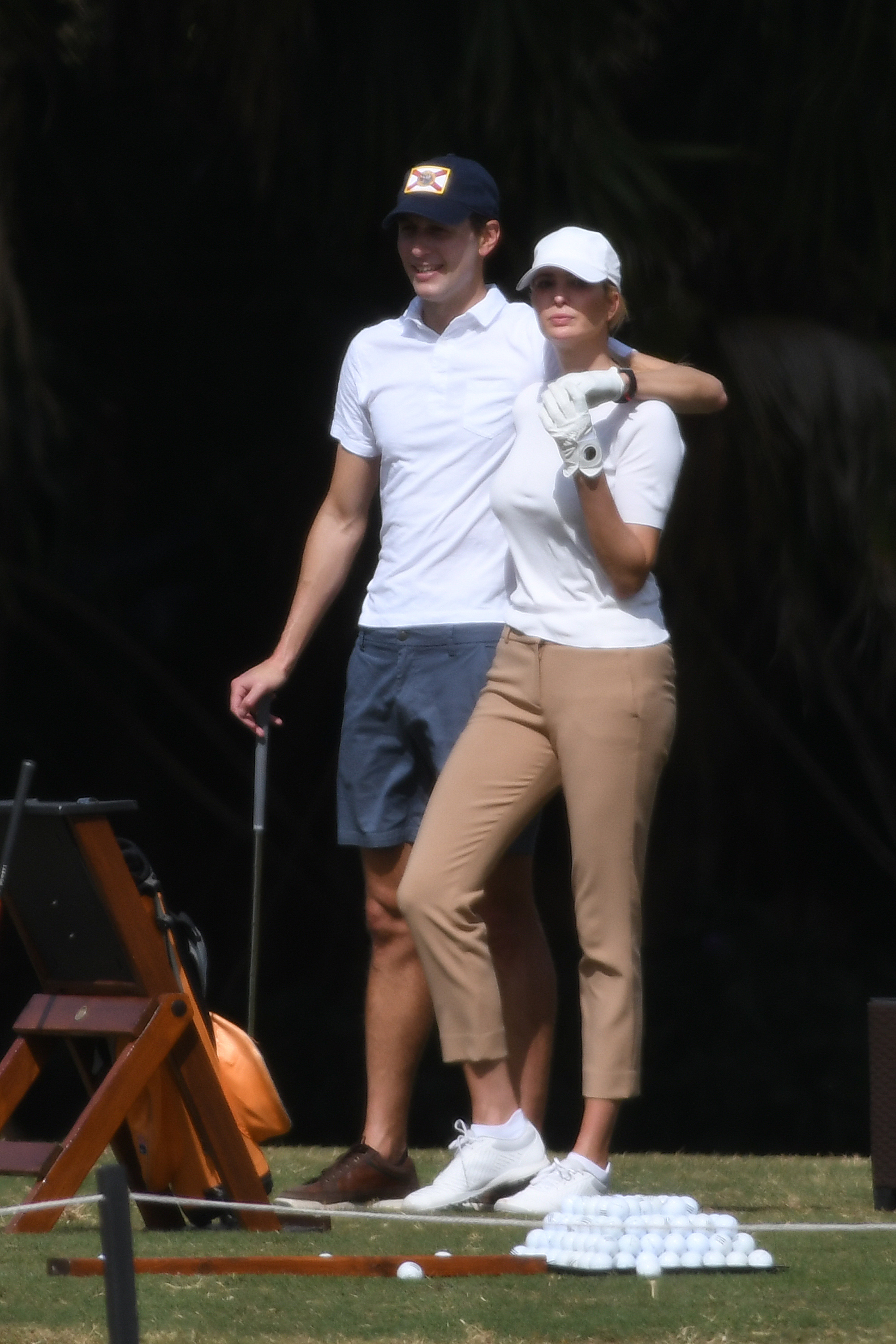 Ivanka and Jared were seen holding hands as they played golfCredit: MEGA 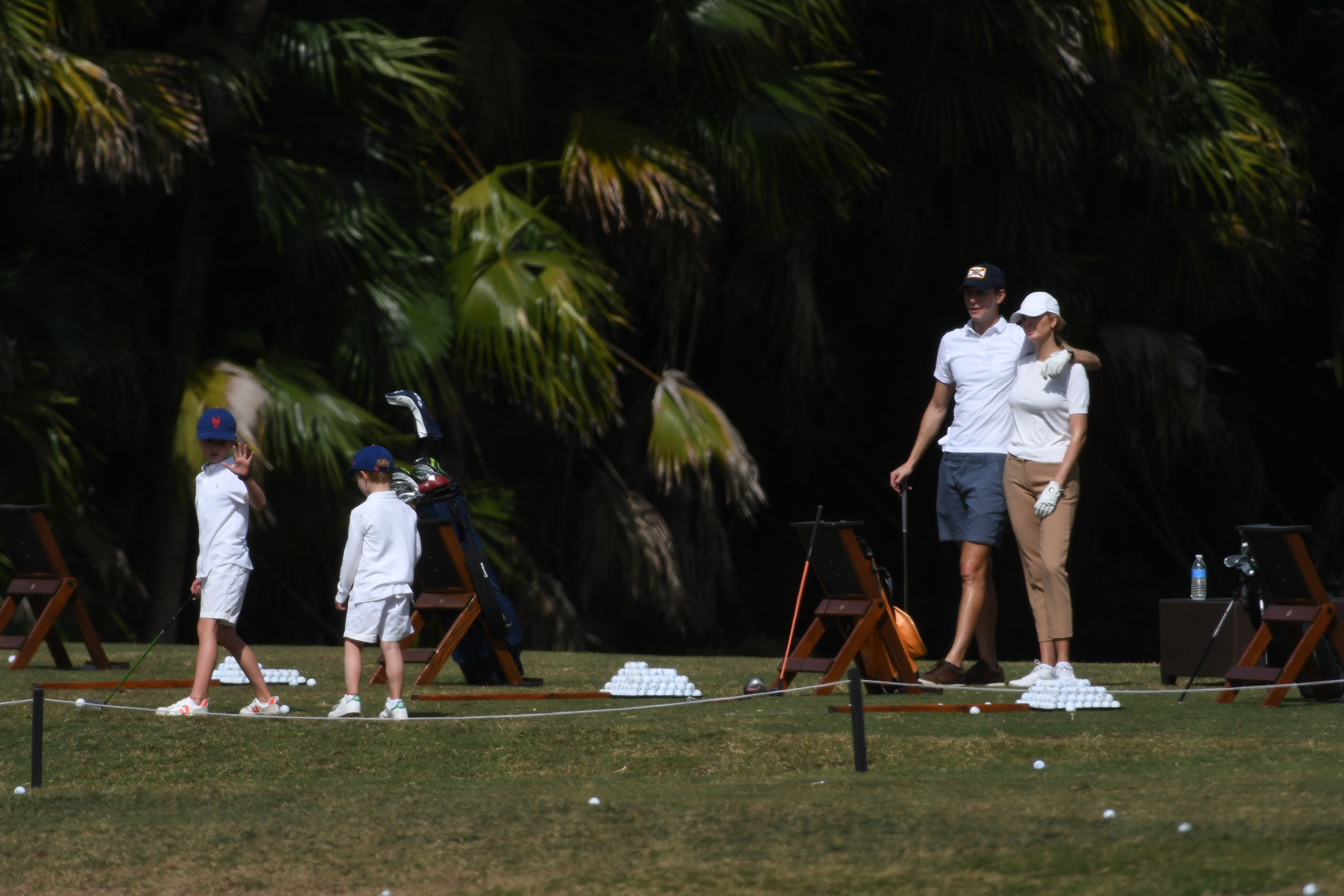 The family looked happy during their Sunday golf outingCredit: MEGA

Trump was seen hitting the links after the Alabama Republican Party honored him at Mar-a-Lago, where he’s currently living, with a resolution declaring him “one of the greatest and most effective” presidents in US history.

The resolution passed unanimously by the Alabama GOP, who claim that Trump “accomplished more in 48 months that Joe Biden did in 48 years as a senator and vice president.” 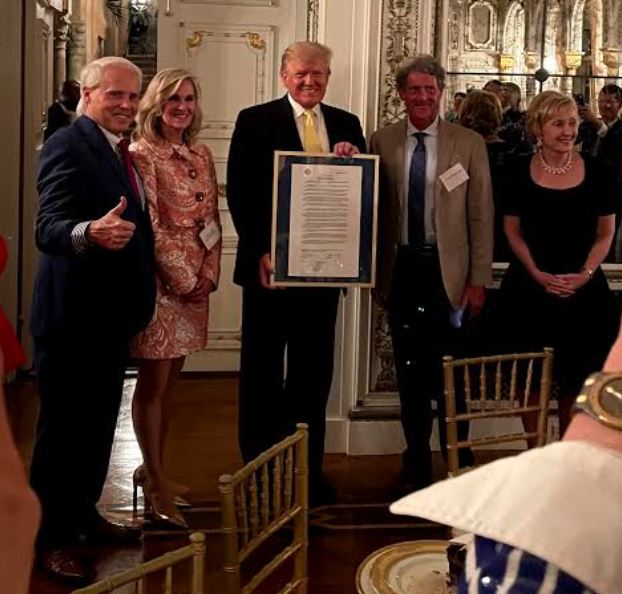 Donald Trump was honored with a resolution from the Alabama GOPCredit: Perry O. Hooper Jr

Former state Rep Perry Hooper Jr, who is a member of the state party’s executive committee, presented Trump with a framed copy of the resolution during a reception at Mar-a-Lago.

“I believe my resolution will be a movement and every state in the country will follow the Great State of Alabama,” Hooper told The Sun

He hailed Trump as the “greatest president we’ve had in America” ahead of the Saturday presentation.

During an interview with Fox News, Hooper said that Alabama’s GOP chose to honor Trump because of “all the great things he has done for America … for bringing back American manufacturing, cutting taxes, creating best economy ever, building up our military.”

The document, signed by the secretary and chairman of the group, claims that Trump “put the American people and the American worker first in all his decisions and policies.” 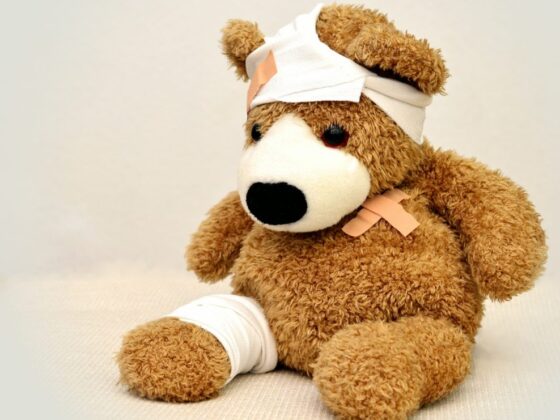