VOGUE Williams has given fans a sneaky look inside her beautifully renovated Irish mansion – despite not even stepping into it herself.

The model, who is married to Made In Chelsea star Spencer Matthews, bought the £900,000 pad so their two kids can have “Irish roots”. 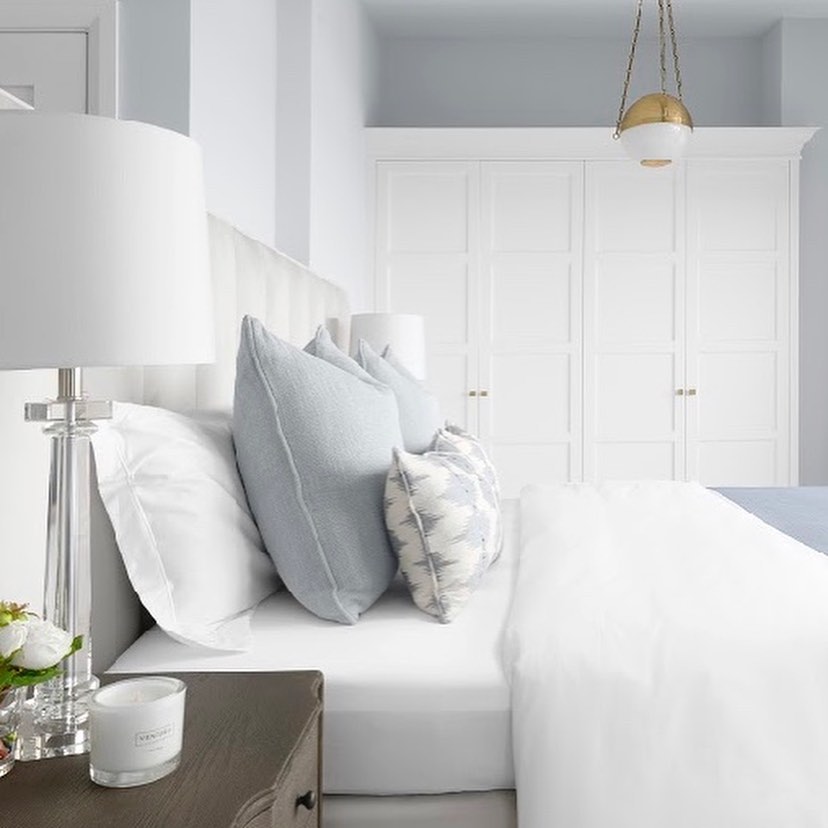 Vogue Williams has given fans a look at her renovated home in IrelandCredit: Instagram 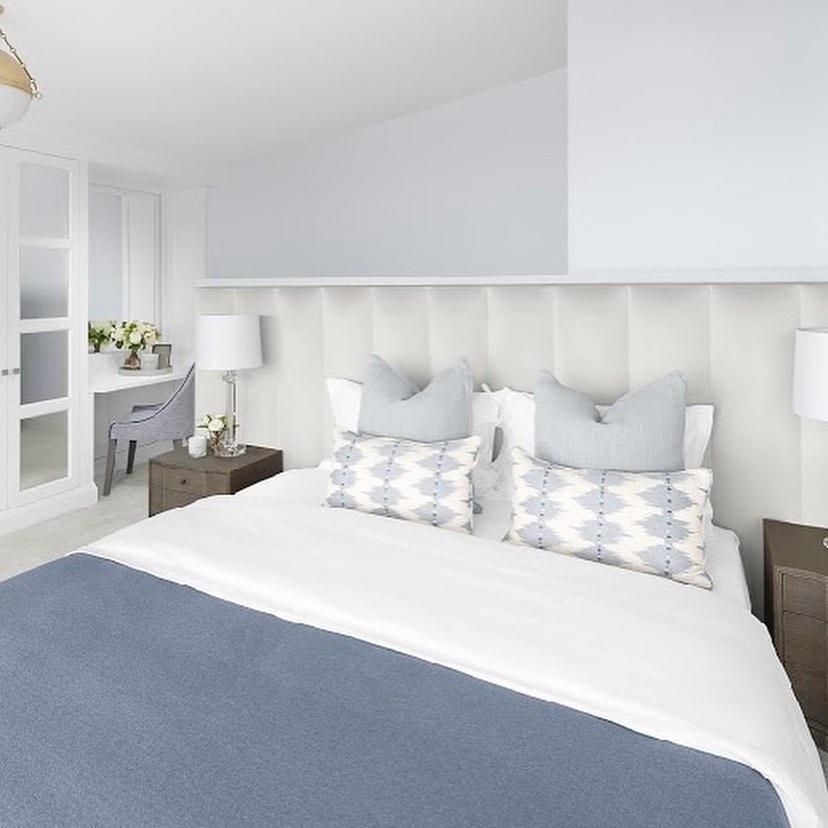 The Irish-born model bought the house in Howth in MarchCredit: Instagram 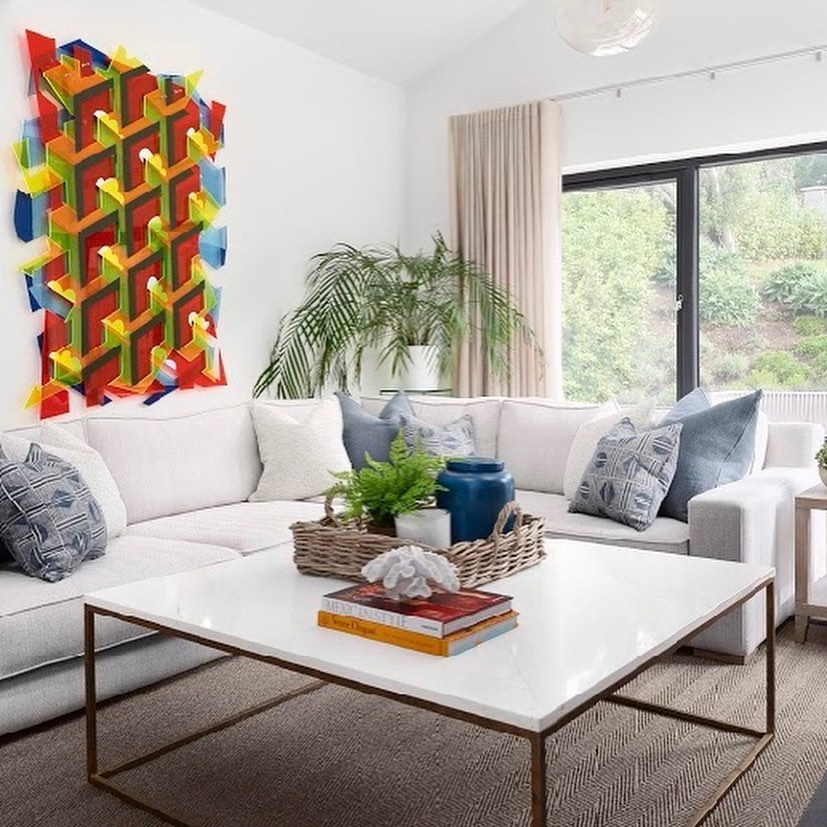 The Covid pandemic has meant she hasn’t stepped foot in it yetCredit: Instagram 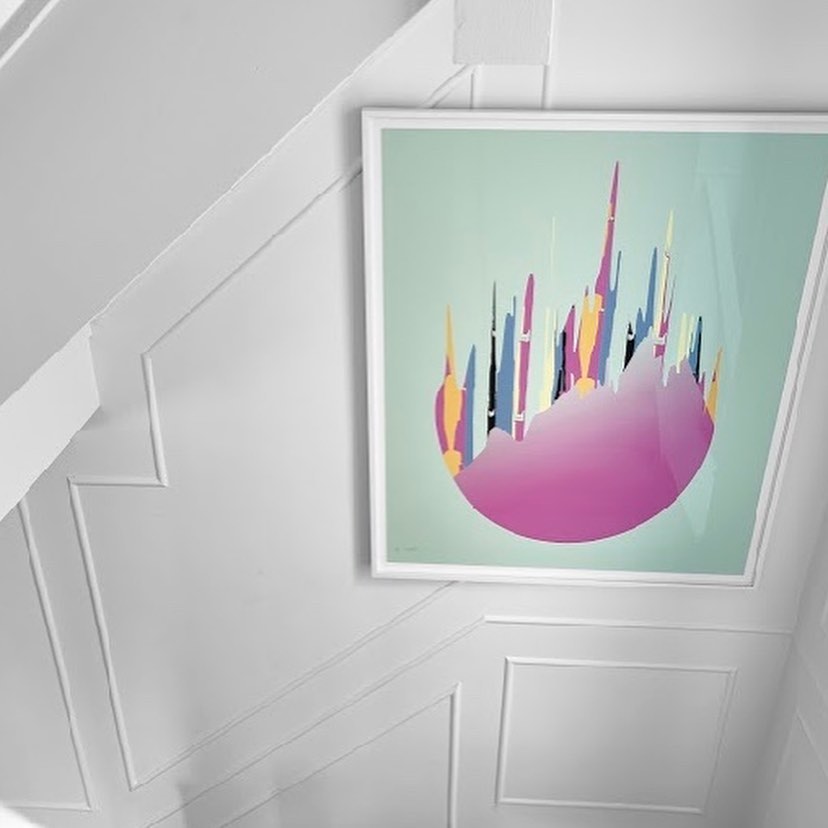 Vogue worked with a firm of interior designers virtuallyCredit: Instagram

But although her sale on the home completed in March, Vogue has not been able to get over to the Green Isle to see it.

Instead, the 35-year-old star has been liaising with interior designers over virtual conference calls.

Vogue, who gave birth to hers and Spencer’s second child in July, has now shared some pictures of the property, which is located in the village of Howth.

One snap shows a gorgeous bedroom, decorated in soft shades of white and pale grey. Plump cushions lay on the perfectly made bed, while a statement gold light hangs from the ceiling. 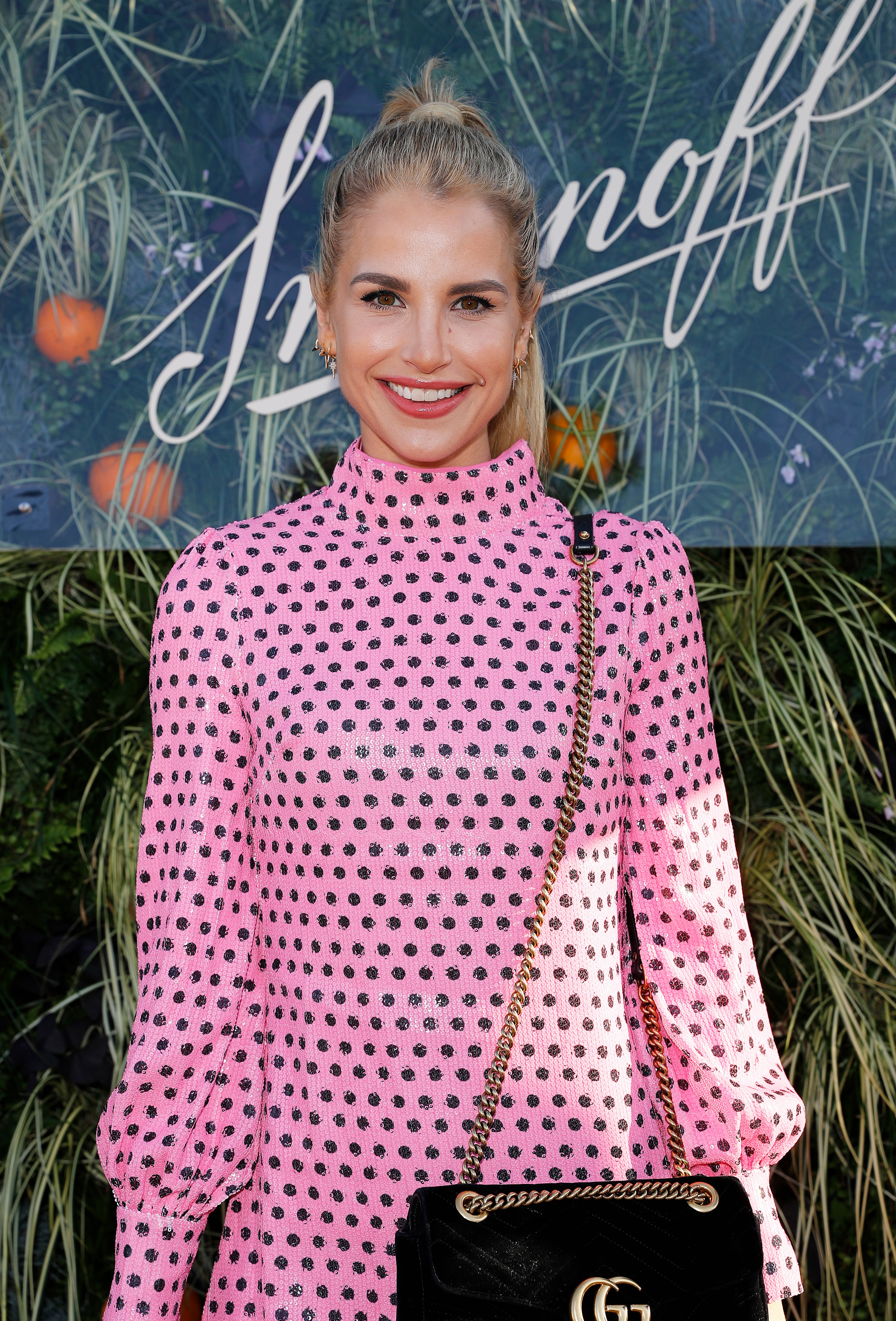 The mum-of-two was born six miles away from her new holiday homeCredit: Getty – Contributor

Downstairs, the lounge is decorated just as perfectly and has a large white corner sofa next to the window.

A big square coffee table has been placed in front of it, complete with neatly stacked books, and a bold colourful print hangs on the wall.

Vogue has also shared a picture of the stairway, which has been tastefully decorated with white wood paneling. Another big print hangs on this wall, in pink and pale green.

The star has told fans that she was hoping for a “beachy” feel, seemingly fitting for the coastal location of Howth – which is 10 miles from Dublin. 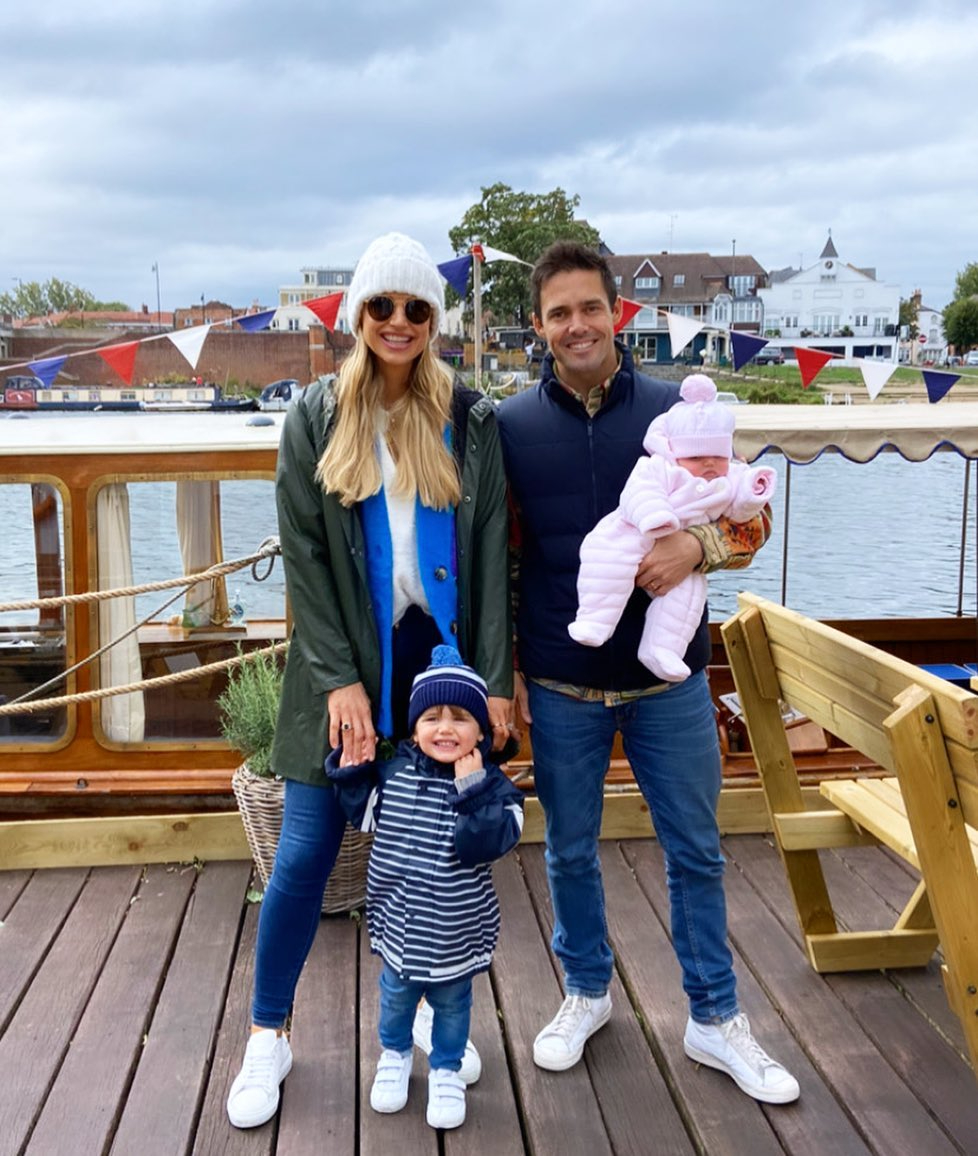 Vogue wants her two children to put down some ‘Irish roots’Credit: refer to caption

Vogue said: “Sneak peak of my new house in Howth.

“I never imagined I would own my own house in my favourite place in the world, well I did but I didn’t actually think it would happen!

“I finally got the keys in March so I haven’t actually been to see it since before that.”

She continued: “All of it was done over zoom with samples being sent back and forth. 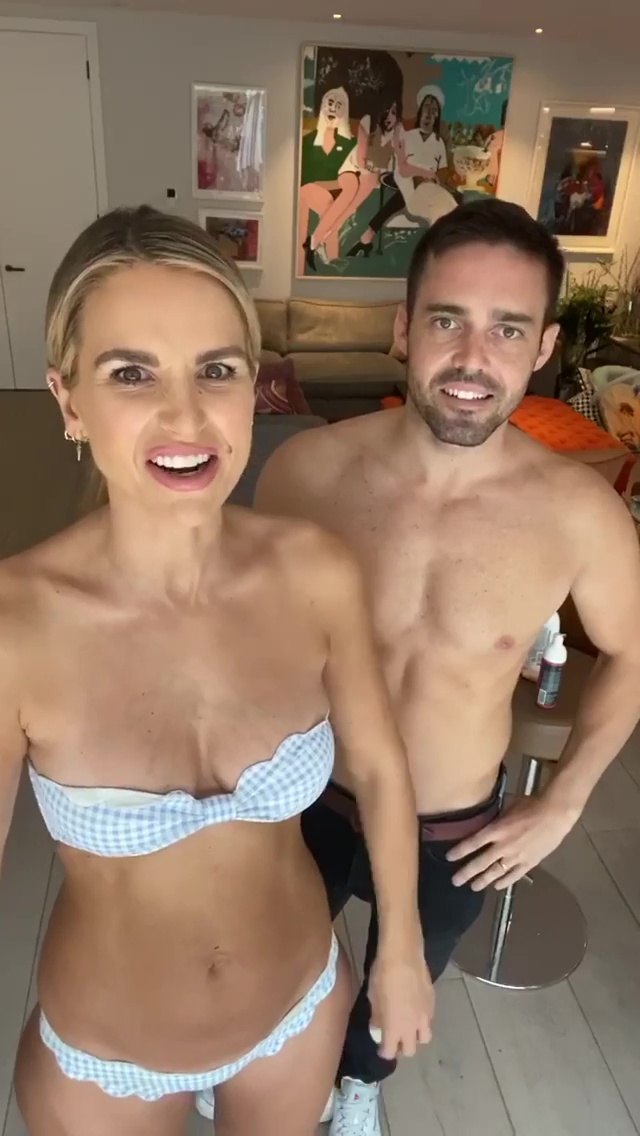 The model currently lives in west London with her husband Spencer MatthewsCredit: Instagram

“I love everything to do with interiors and @venturainteriordesign were so helpful, even now when I keep adding things ?

“They just got my vibe straight away, beachy, modern and relaxed. I really hope I can get home to see it in person soon, it’s the perfect place for our family to spend lots of time.

“We may never move home full time but it’s so important for our children to have their Irish roots and you never know a bit of an Irish accent ?.”

Vogue and Spencer, who are parents to two-year-old Theodore and Gigi, four months, are currently based in west London.

In a previous episode of their reality show Spencer, Vogue and Baby Too, the couple were seen visiting Ireland and Vogue even toured a primary school for Theodore. 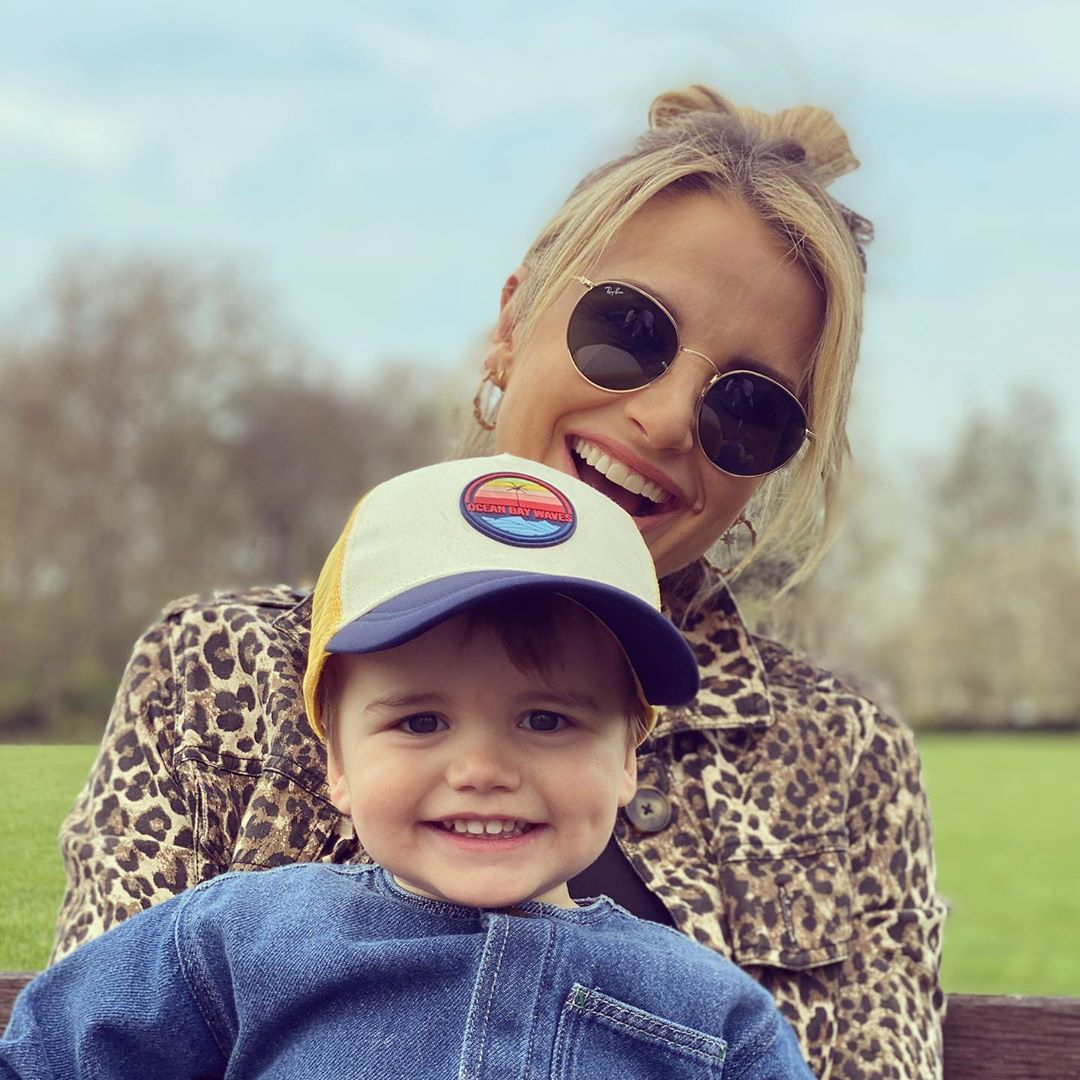 She has previously visited schools in Ireland for Theodore but ruled out moving back permanently Credit: Instagram

But in June this year, Vogue spoke of the family’s new holiday home and confirmed: “We aren’t moving home but we have wanted a bigger space in Dublin for a long time.

“Now we can all fit and hopefully spend a little more time in Ireland.”

In 2015, Vogue purchased an apartment in Howth shortly before announcing her split with first husband, Irish-born Westlife star Brian McFadden.