A STREET in Bristol claims to be the ‘most patriotic’ in England with ALL 88 homes showcasing their support for the Three Lions.

Bunting of the St George’s flag is stretched across from every house on one side of Torrington Avenue to the other.

This street in Bristol is full of England flags 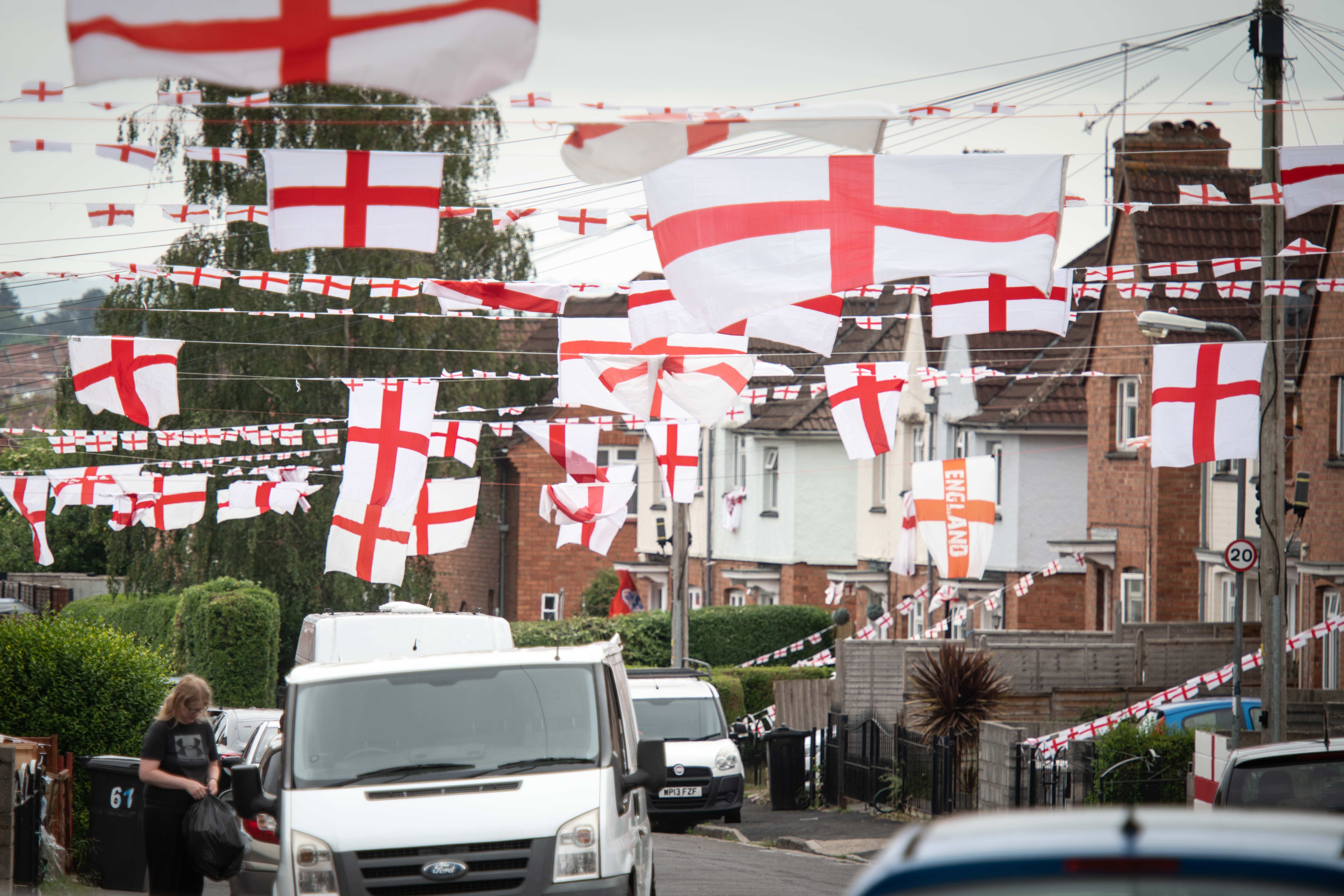 Ladders were rested against each house, with the entire street working together to showcase their love for England ahead of their much-anticipated clash with rivals Scotland today.

The idea started before the 2010 World Cup when two women living on the street came up with an idea.

Ever since – as long as England have been involved in a major tournament – the road has been peppered with flags.

One of the two original organisers, who asked not to be named, said: “It was a couple of us who started the idea but then the whole street got involved.

“We were chatting and said: ‘why don’t we put some flags up?’

“It’s a real joint effort. Everyone chips in to buy them – sometimes they need replacing but we put them up during every tournament.”

Kelly Perks, who has lived on the street for 18 years, said everyone went berserk after Raheem Sterling sealed England’s victory over Croatia on Sunday.

The 40-year-old said: “When England scored against Croatia everyone rushed out.

“They were waving their flags and blowing their whistles.

“It’s the best street in England for fans.”

Luke Burton and his family have only been on Torrington Avenue for a year and a half.

But the dad-of-four said the gigantic display of flags has brought the neighbours together.

“It’s amazing how we all come together,” the 33-year-old said.

“The street is always in the papers, everyone here is big England fans.

“You get good and bad streets – it’s the same everywhere – but all of us get on well.

“I can’t wait for the game on Friday, we’ll all definitely be watching it.

Another resident who has been on the street for 26 years said: “It took about two days for everyone to get the flags up.

“It’s nice to see everyone involved.”

Another resident said: “It’s become a real tradition, everyone loves it.”