INFOWARS conspiracy theorist Alex Jones told a Trump rally that Joe Biden “will be removed, one way or another,” while addressing a crowd in Washington, D.C. on Saturday.

The controversial far right-wing internet personality spoke to protesters at the second Million MAGA March, where supporters of President Donald Trump fought against the results of the election. 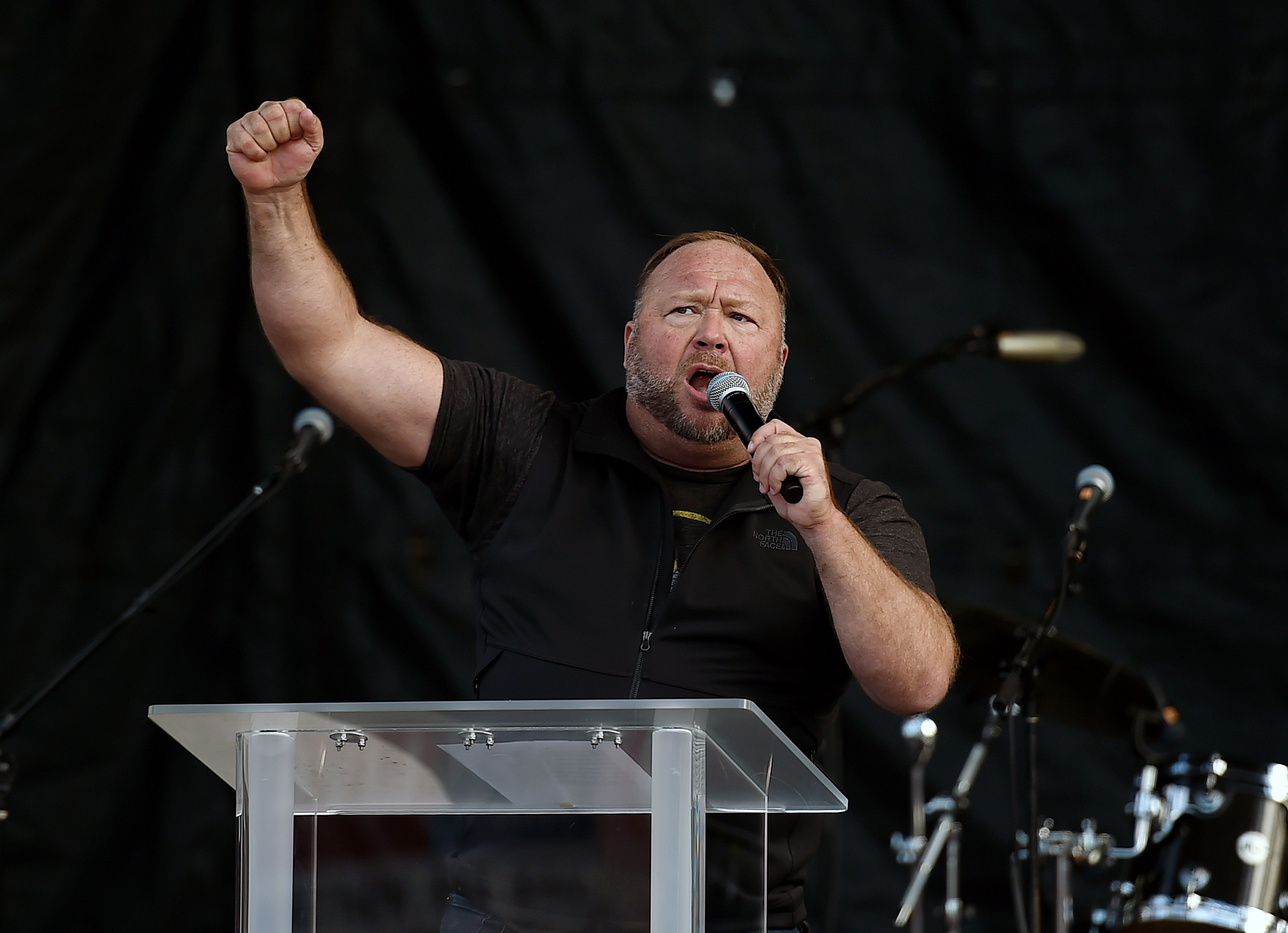 Infowars conspiracy theorist Alex Jones told a Trump rally that Joe Biden “will be removed, one way or another”Credit: AFP or licensors 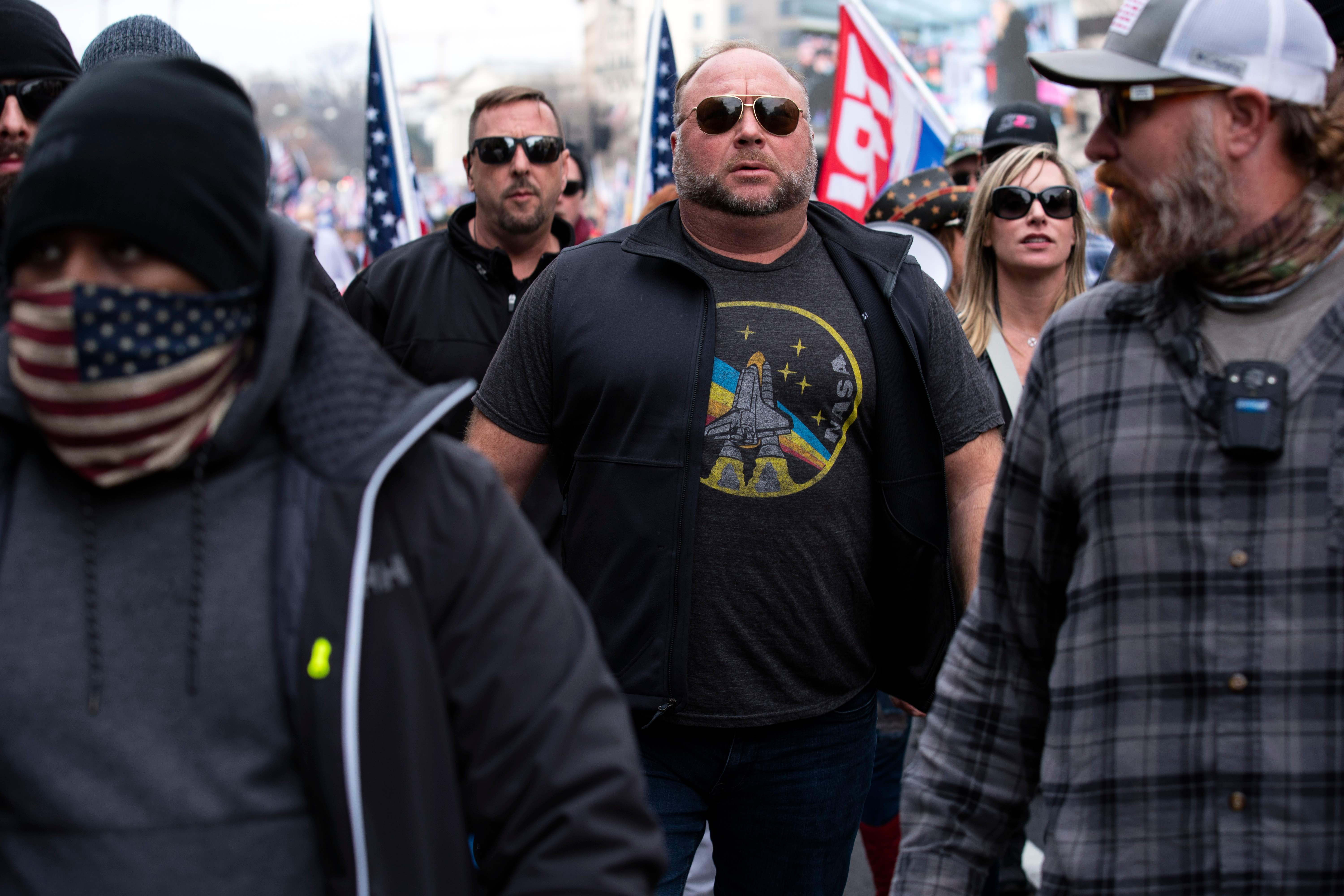 The controversial far right-wing internet personality spoke to protesters at the second Million MAGA March in Washington, D.C. on SaturdayCredit: AFP or licensors 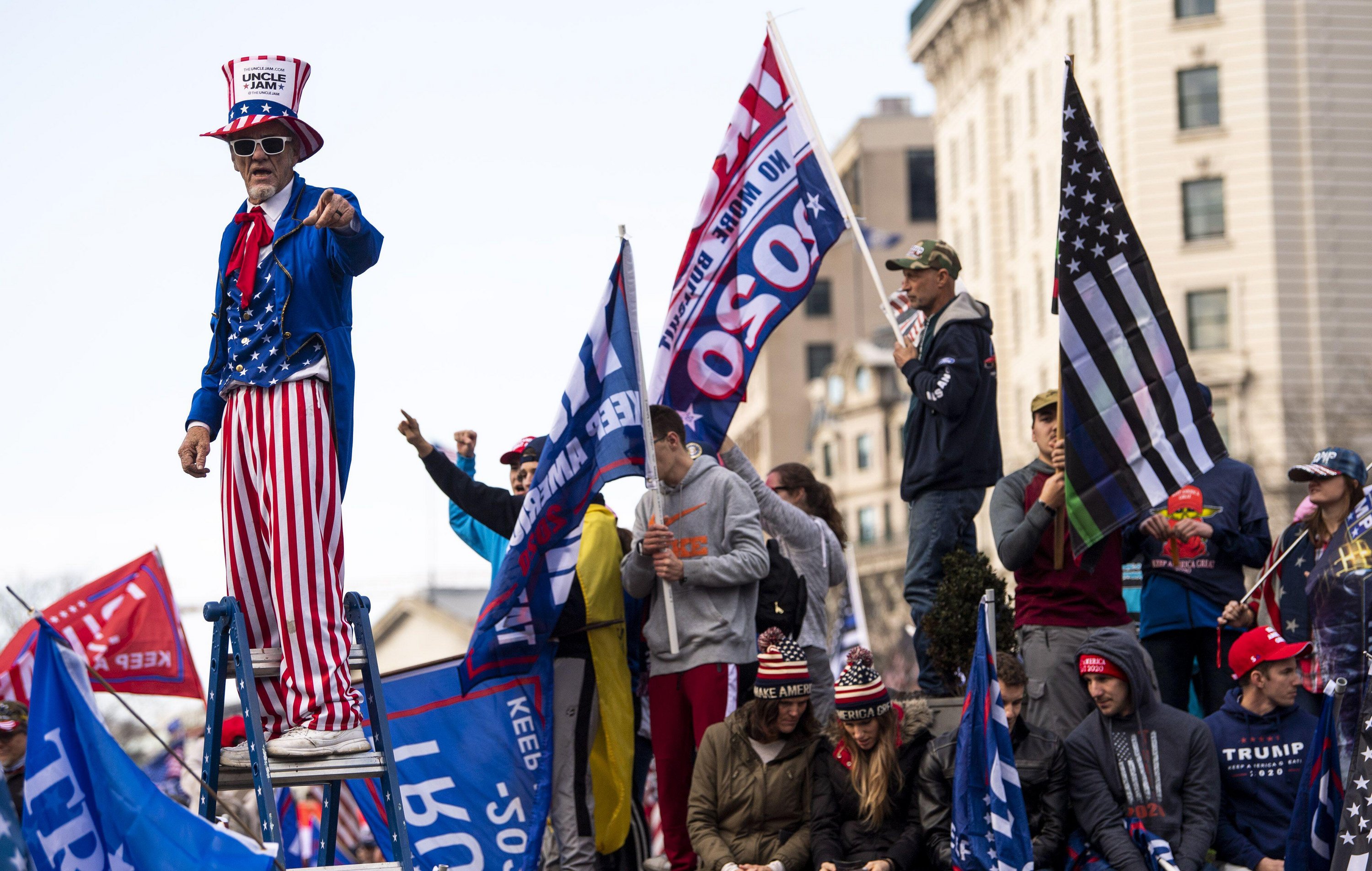 The rally saw supporters of President Donald Trump turn up to fight against the results of the electionCredit: Alamy Live News

“The system is publicly stealing this election from the biggest landslide and the biggest political realignment since 1776,” Jones said.

The vocal Trump supporter also seemingly referenced the far-right widely disproven QAnon conspiracy, which alleges that Trump is waging a secret battle against an alleged Satanic paedophile ring which controls the world.

“We will never back down to the Satanic pedophile, globalist New World Order and their walking-dead reanimated corpse Joe Biden, and we will never recognize him,” Jones said.

He continued to allege that Trump had “zero connection” to Russia, but implied that Biden did.

“President Trump had zero connection to Russians. No proof. Four years of investigation. With the Bidens, it’s open and shut,” he told the crowd.

“So I don’t know who’s going to the White House in 38 days but I sure know this – Joe Biden is a globalist and Joe Biden will be removed one way or another.”

During the “Stop the Steal” rally, violence broke out between the Proud Boys and Antifa.

Those in the crowd were heard chanting, “Whose streets? Our streets!” as they marched. Other chants included “fk Antifa” and “fk Joe Biden.”

Video shared to social media appeared to show the Proud Boys far-right group getting into a violent altercation with counter-protesters.

Michael Flynn, Trump’s recently pardoned former national security advisor, encouraged supporters to remain “fearless” and keep the faith that the results of the 2020 election could still be challenged.

The president even took to Twitter on Saturday morning to applaud the demonstrators and suggest he may make an appearance at the rally.

“Wow! Thousands of people forming in Washington (D.C.) for Stop the Steal,” Trump wrote. “Didn’t know about this, but I’ll be seeing them! #MAGA.”

Trump later flew over the rally in a Marine One helicopter, to the jubilation of the crowd.

Pictures of the pro-Trump demonstrations show supporters with Trump flags, megaphones, massive “Stop the Steal” signs and even a group of Proud Boys in kilts.

Demonstrators support President Trump as he continues to insist that he only lost the presidential election to Joe Biden because of wide-spread voter fraud.

Despite Trump’s repeated claims, his legal team has yet to provide concrete evidence of any widespread fraud. 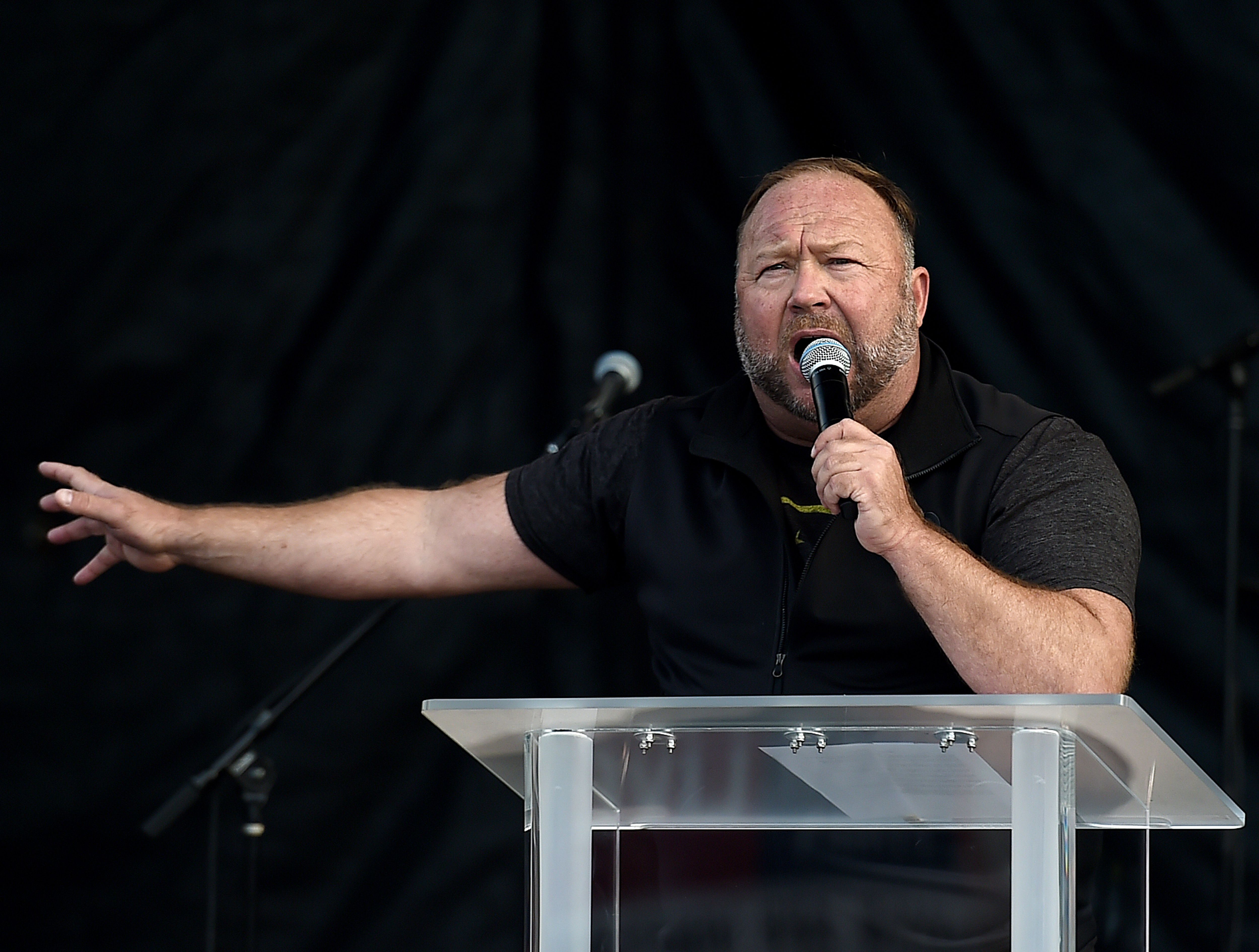 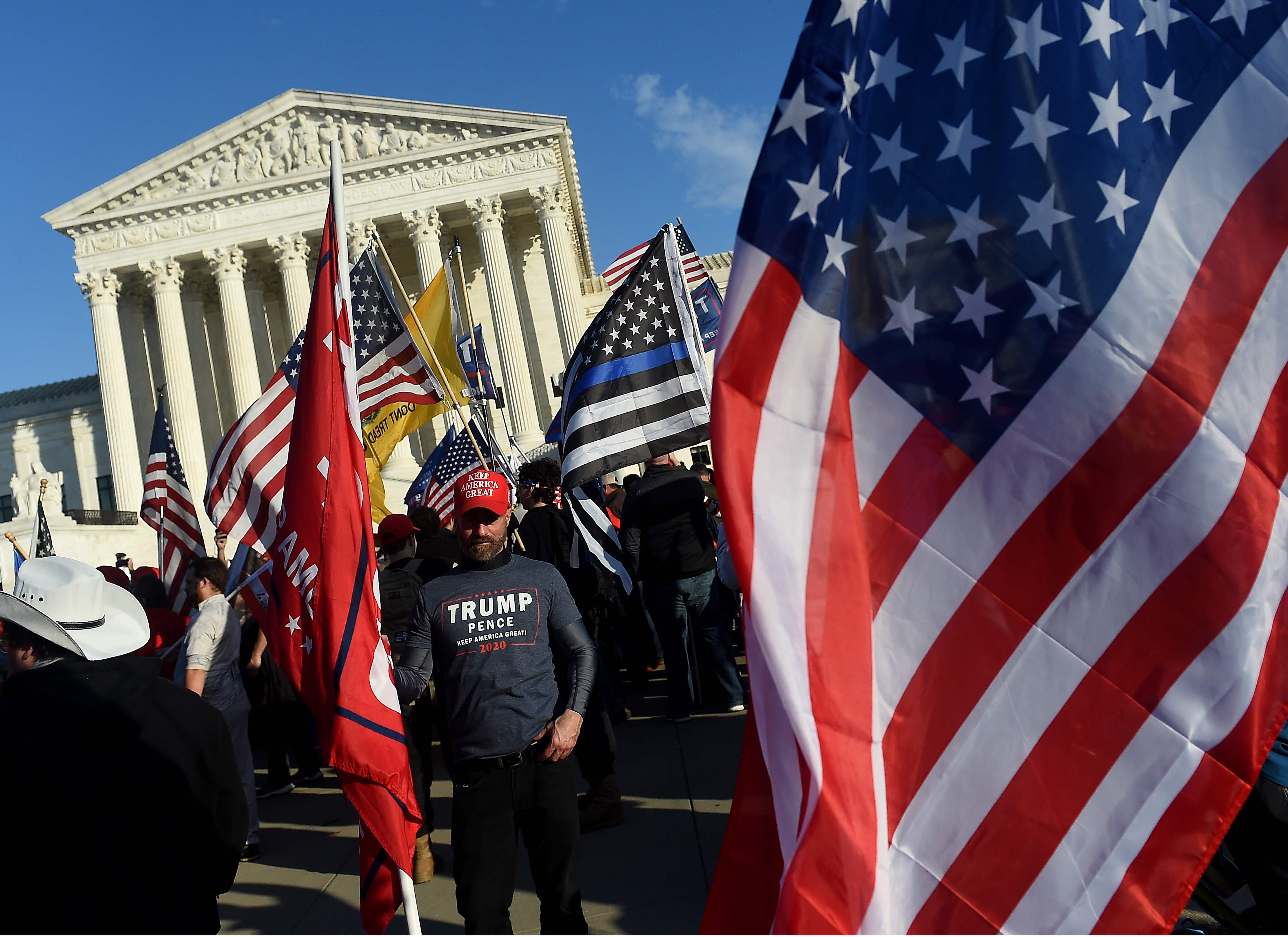