DEONNA Purrazzo has always wanted to be a professional wrestler.

The Knockouts Champion, 26, remembers first watching the sport as a 9-year-old alongside her brother in the early 2000s and ‘immediately fell in love’ with the sport. 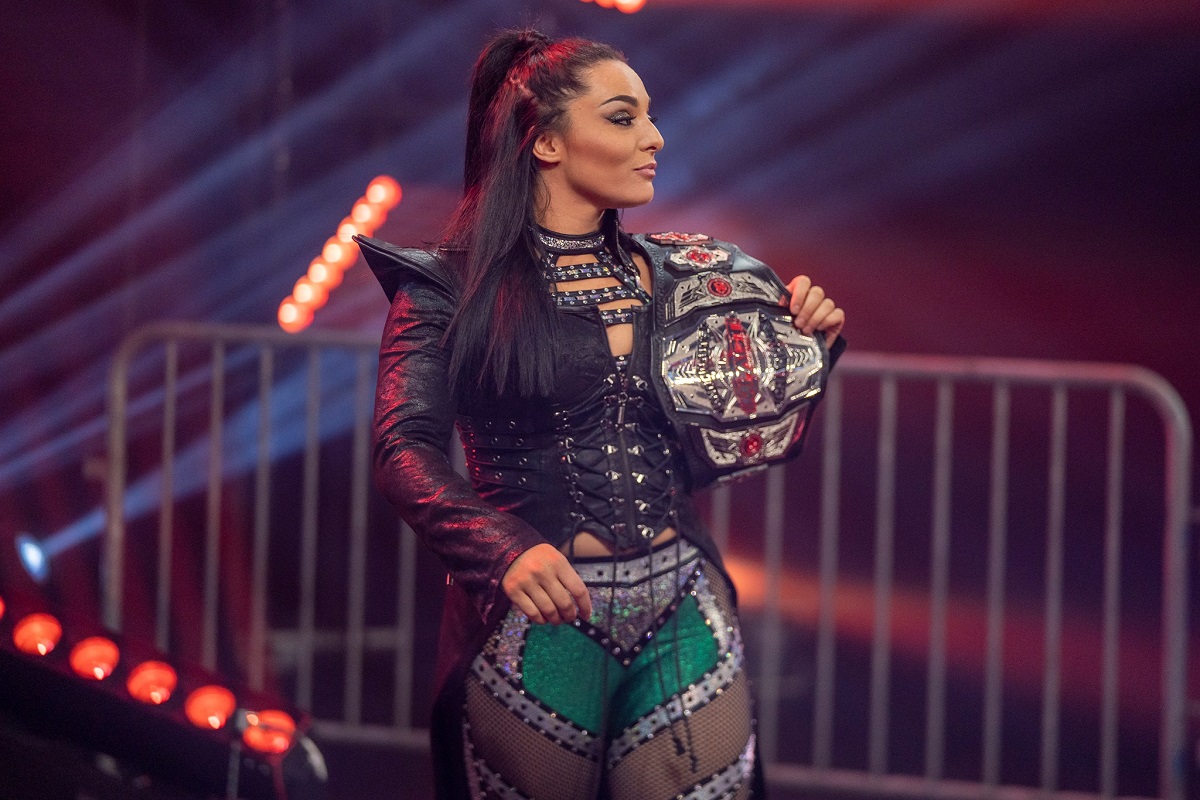 Deonna Purrazzo is riding high as the Knockouts Champion 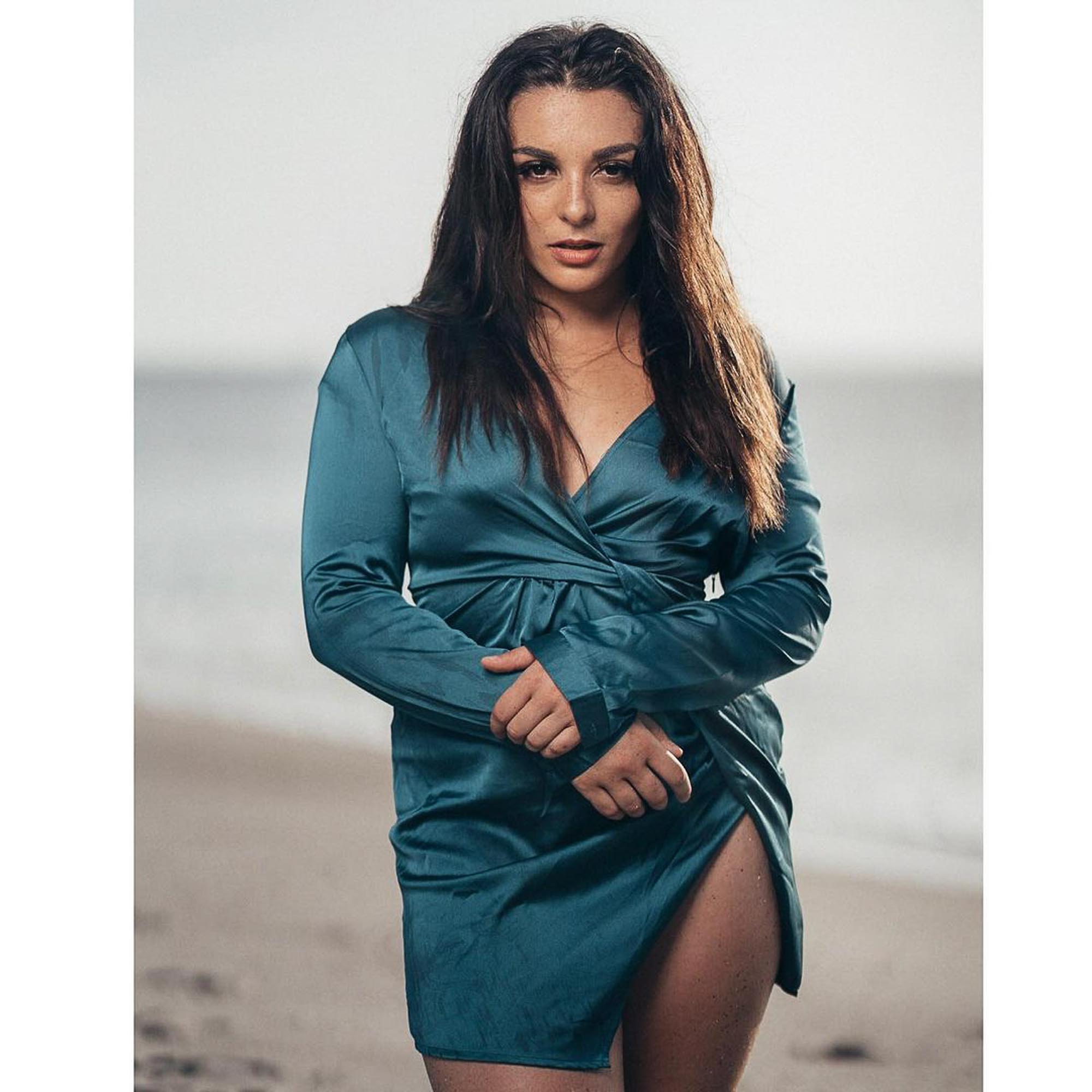 Purrazzo dazzles her fans on Instagram with snaps by @forerophotographyCredit: Instagram/Deonna Purrazzo 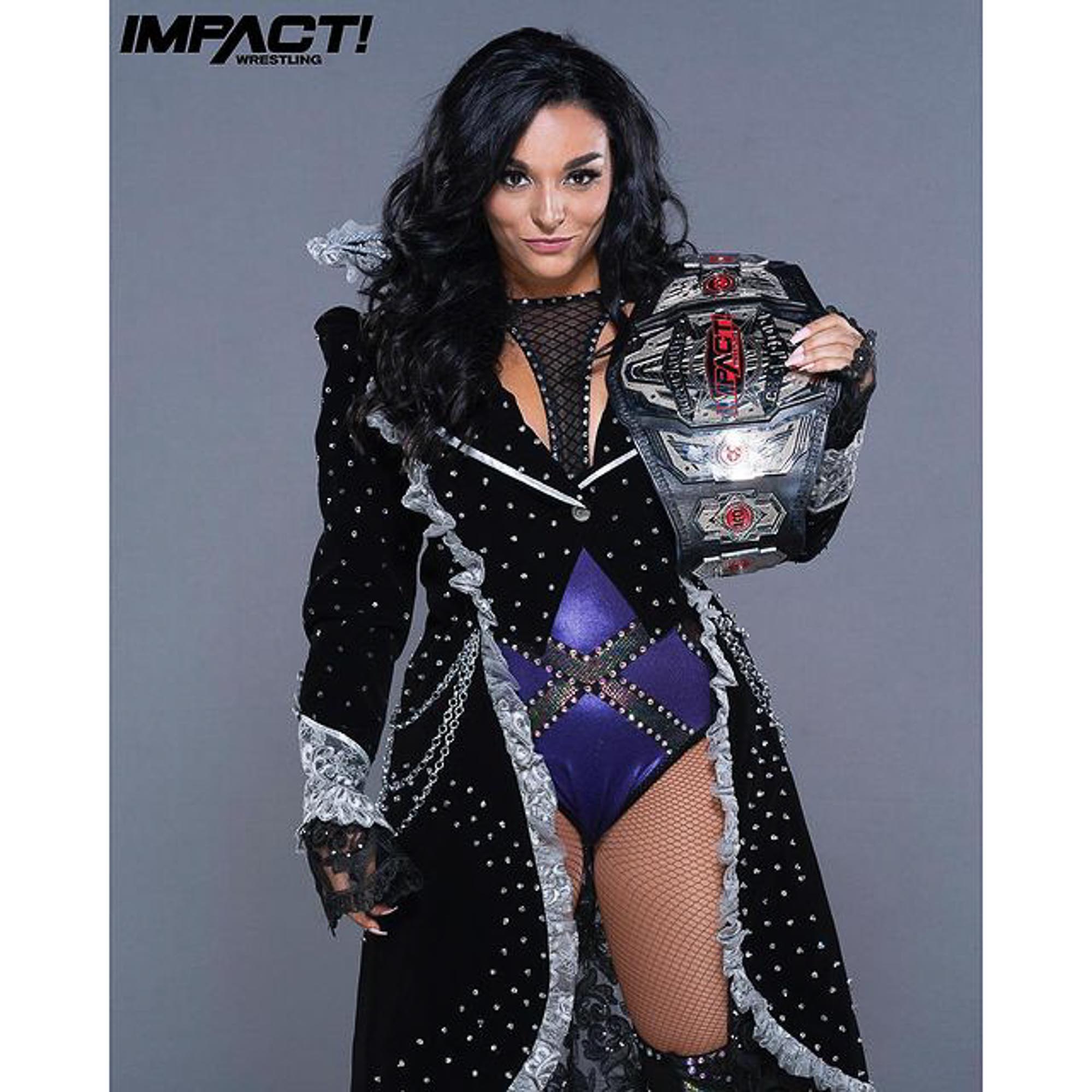 The love affair remained and as soon as she turned 18 Purrazzo began training to become a professional.

Growing up in New Jersey, she trained at the D2W Pro Wrestling Academy in Wharton, and was booked for her first match with the promotion in 2013.

She then wrestled at Ohio Valley Wrestling and the World Wrestling League in Puerto Rico before finally signing with Ring of Honor in 2015, with her debut match against Mandy Leon the same year.

It was a good education for Purrazzo, whose three years in ROH coincided with the growth of the women’s division, which the New Jersey promotion called Women of Honor.

“Ring of Honor was really where I got to develop myself as a wrestler,” Purazzo tells The Sun.

“That’s where the ‘Virtuosa’ started,” she added, referring to her now-famous in-ring persona.

“In [ROH] I was able to showcase my skills while developing the Women of Honor division.”

Purrazzo is known for her methodical wrestling style, and for her expertise in the Fujiwara armbar submission hold. 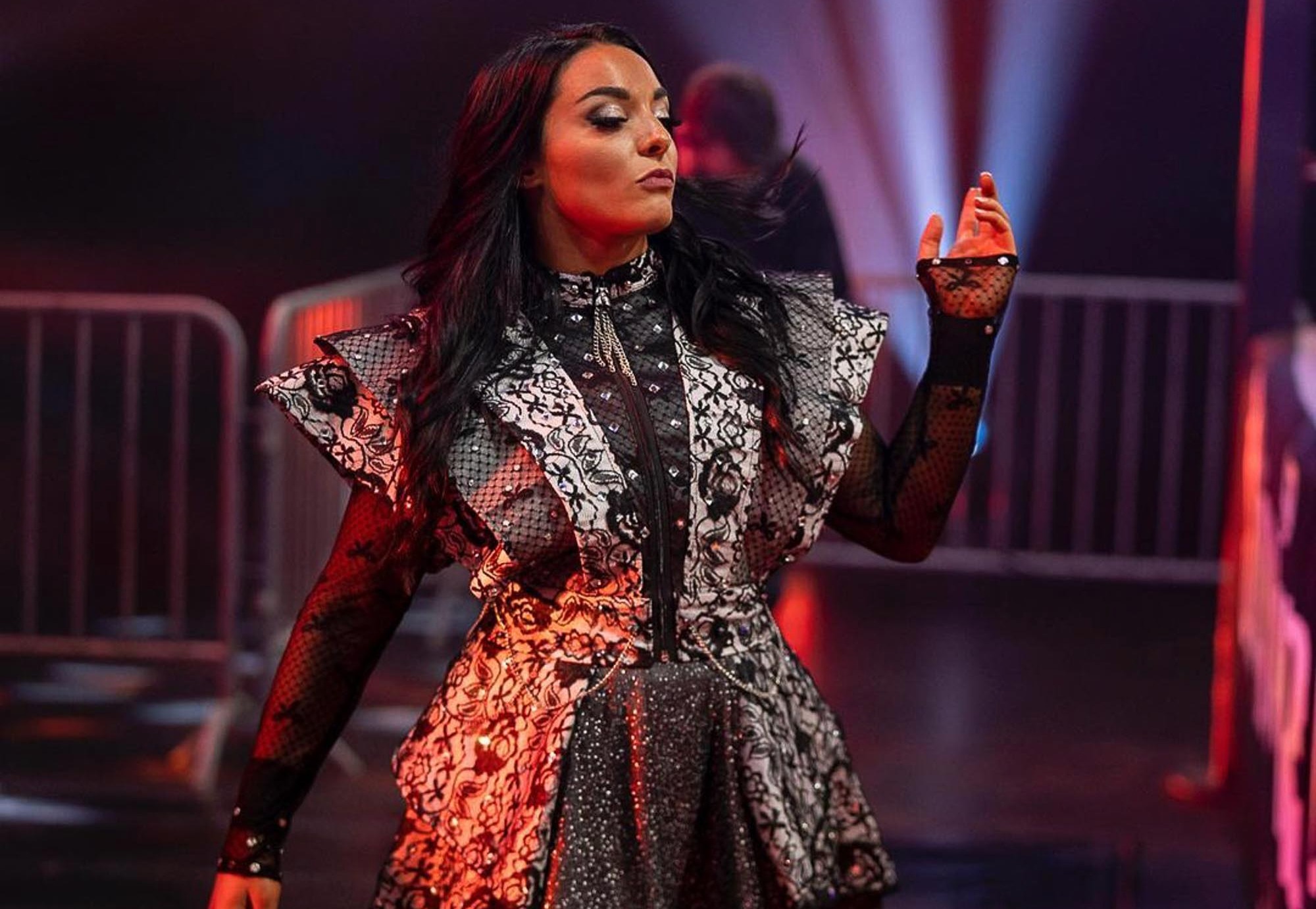 She credits all the promotions she was worked to have been a learning experienceCredit: Instagram/Deonna Purrazzo

Alongside ROH, Purazzo was also honing her talent with appearances in Total Nonstop Action Wrestling (TNA), World Wonder Ring Stardom and had a brief appearance in Impact Wrestling.

“Every company has taught me something different,” she says.

“When I first went to Impact, I was seven matches in, 19-years-old and terrified. It was a massive learning curve but a good stepping stone into the independent scene.”

Purrazzo left ROH to sign with WWE in 2018 and reported to NXT’s Performance Center.

“Leaving ROH to start at NXT, was a dream come true at the time,” she says.

“I felt like the one place that alluded me was NXT so I couldn’t pass up the opportunity to finally have them saying ‘yes, we want you’ and not give it a try.” 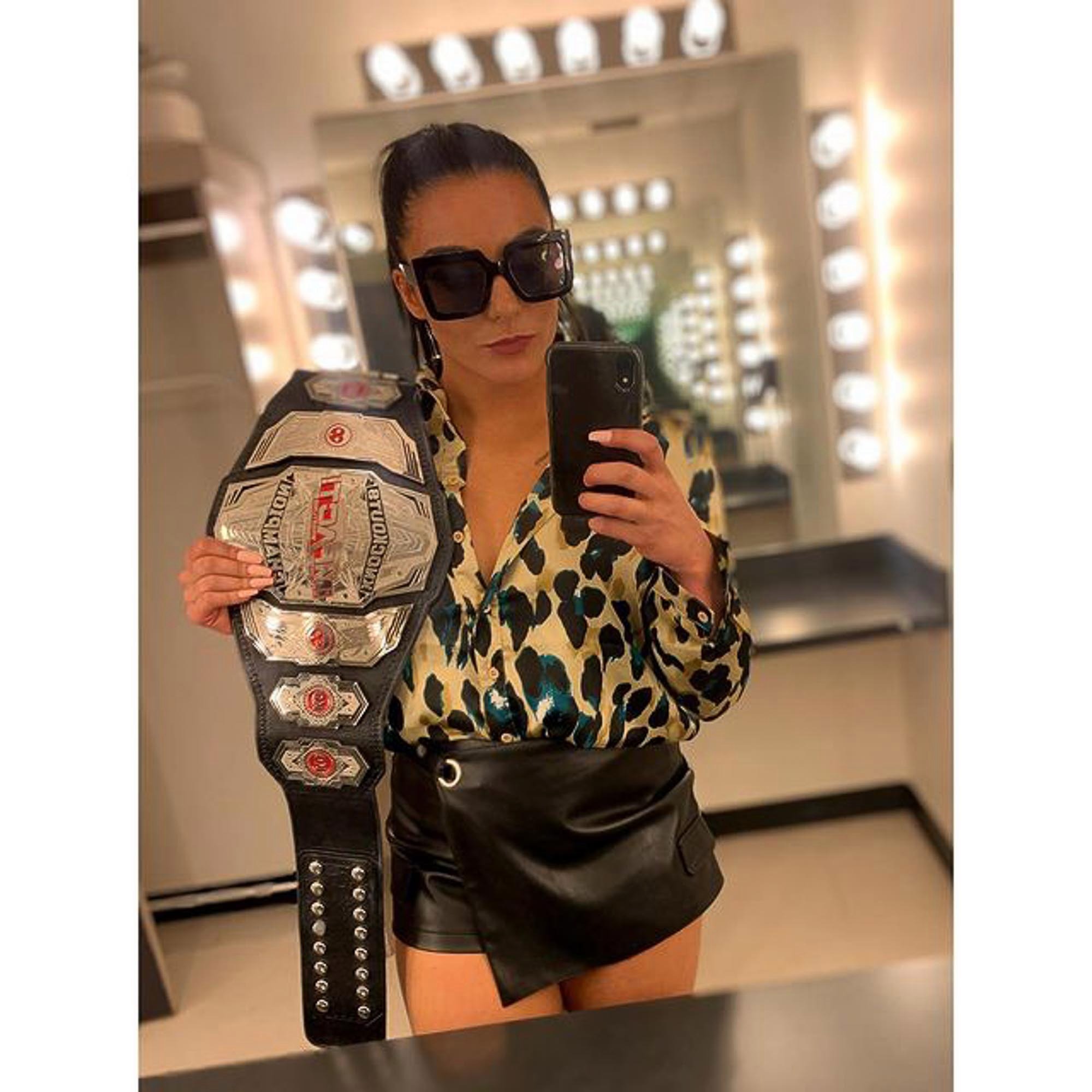 It did not take long for The Virtuosa to gain the championship in ImpactCredit: Instagram/Deonna Purrazzo

Although excited to sign with the juggernaut wrestling company, Purazzo quickly found she was given a much lower billing than at ROH.

Still, during her two years in the WWE she competed in the second Mae Young Classic, challenged for the women’s championship in NXT UK and appeared once on RAW in a match against Asuka.

In April 2020, Purrazzo was among the talent released from WWE due to cuts arising from the coronavirus pandemic.

“Unfortunately, things didn’t work out the way I had hoped [in NXT] but I do feel as though, again, it was another learning stage for me to tap into character development, and see what else I could bring to the table,” she reflects. 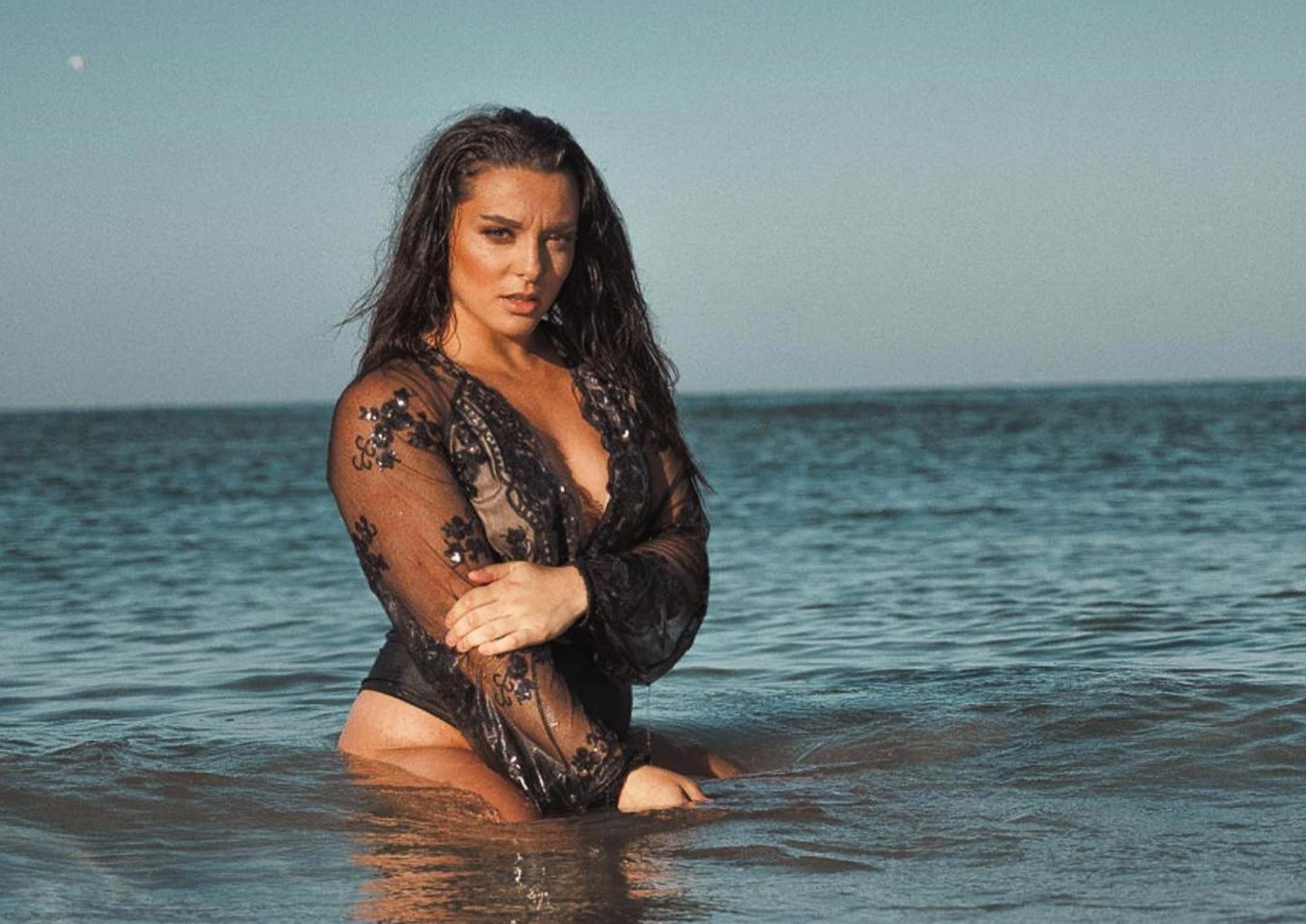 The New Jersey native often poses for @forerophotography and posts to her 263,000 Instagram followersCredit: Instagram/Deonna Purrazzo 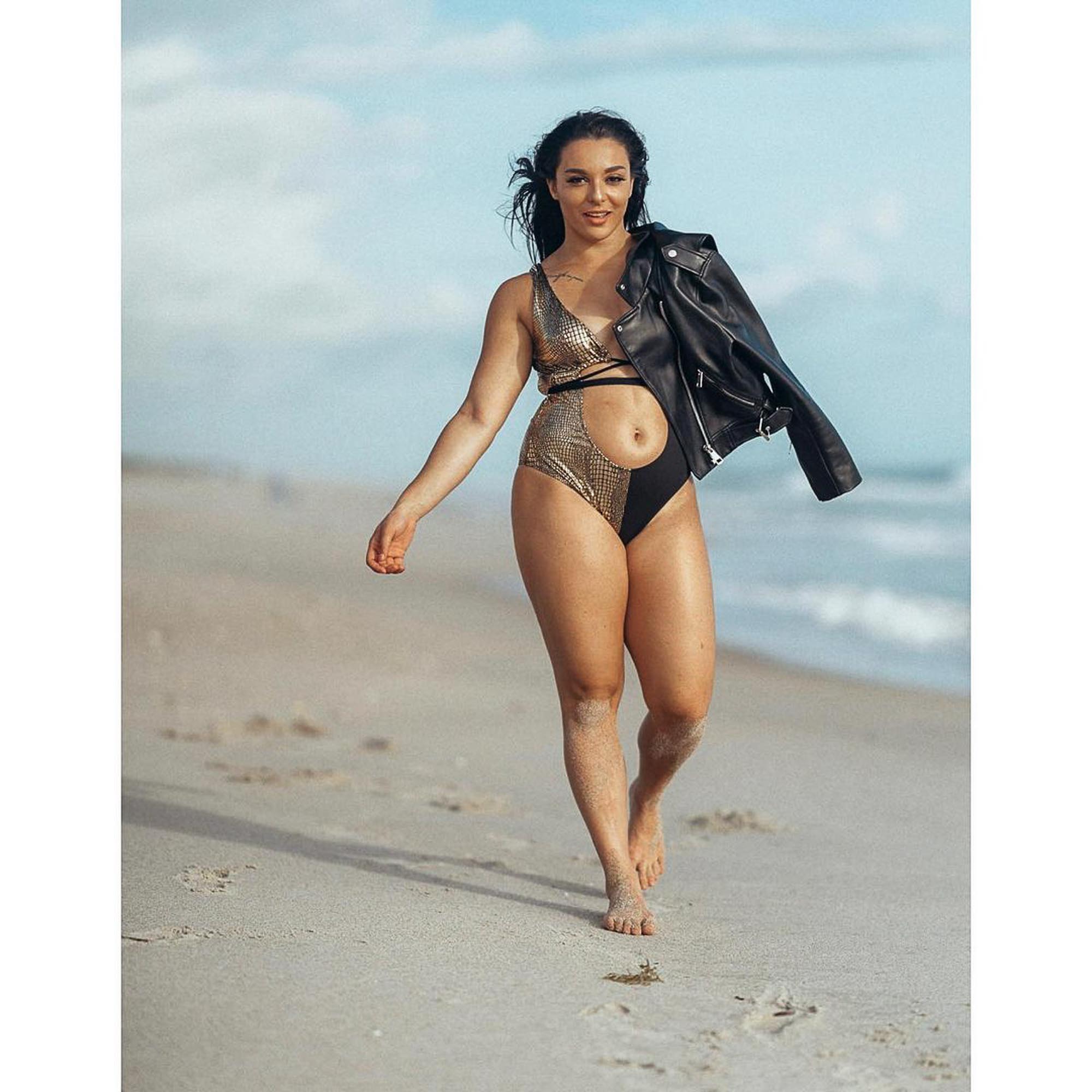 Purrazzo says it was time to move on from WWECredit: Instagram/Deonna Purrazzo

It was during this time that many changes were happening in the wrestling industry, including the Speaking Out movement.

The movement started on social media with women in the independent wrestling scene around the world sharing their experiences of sexual harassments, discrimination and abuse.

It led to criticism of many wrestlers and promotions for their alleged behavior toward women, with the hope that talking the issue would prompt change.

“The Speaking Out movement was incredibly powerful and a necessary point in time to create change in wrestling,” she says.

“I was and still am proud that [survivors] found their strength to speak their truths and the wrestling community heard them.” 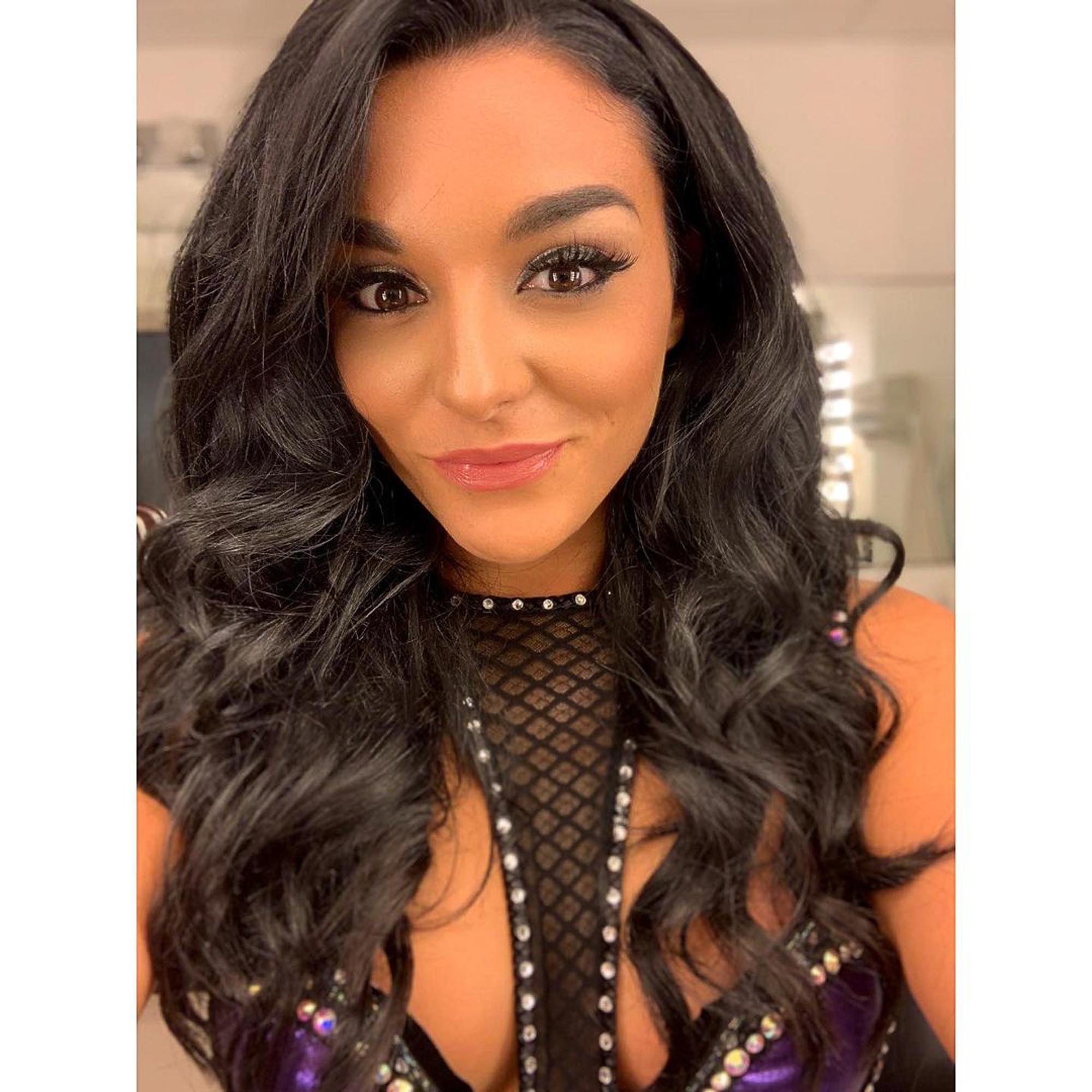 She is known for her immense talent and in-ring skillsCredit: Instagram/Deonna Purrazzo 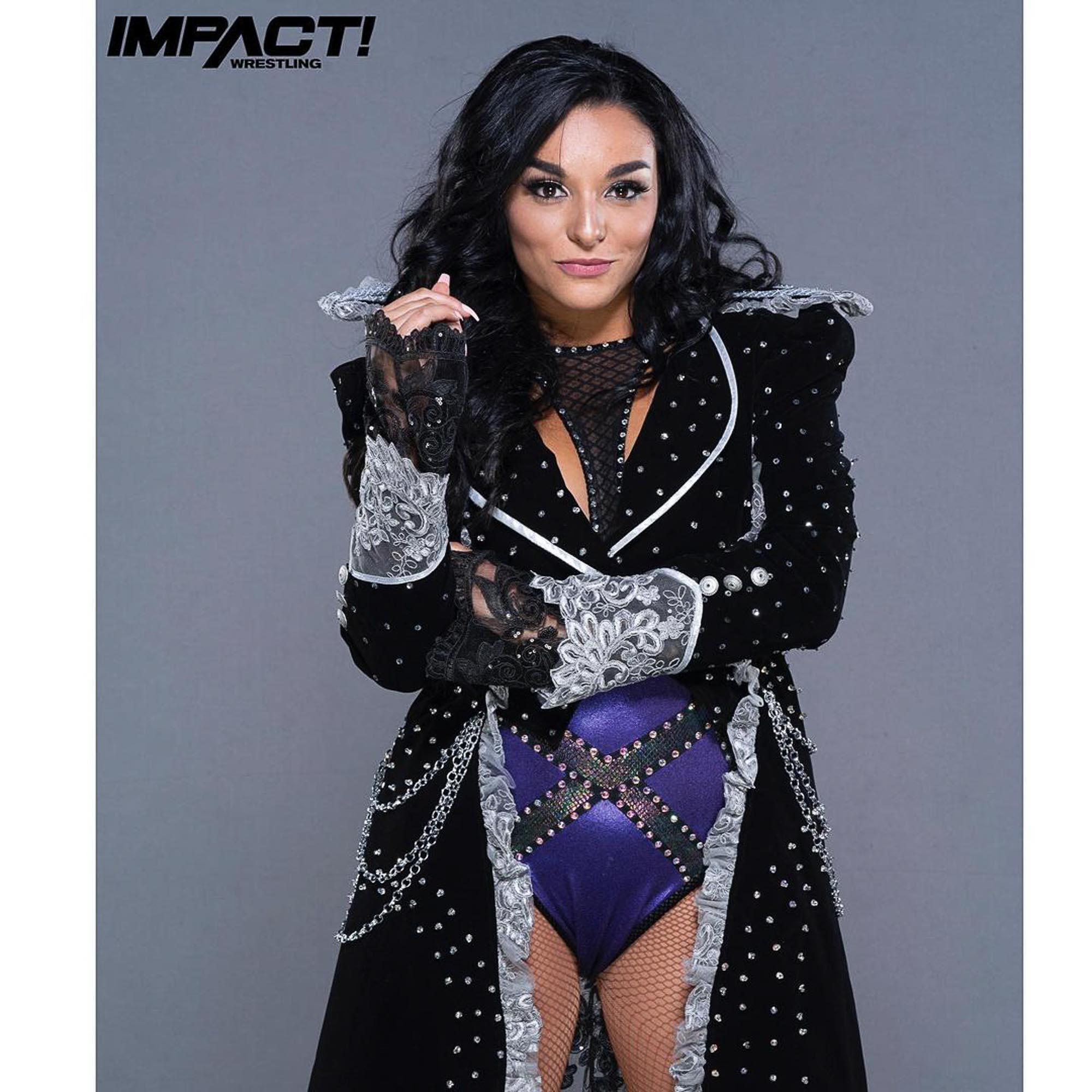 Purrazzo signed with Impact in 2020 after being released from WWECredit: Instagram/Deonna Purrazzo

Fans speculated about where she would end up after her NXT non-compete clause ended.

“After those 30 days, of course I wanted to explore all options and Impact just seemed to work out perfectly. Everything lined up time wise and I have a lot of great friends here that were pushing for me.”

The Virtuosa made her Impact Wrestling debut in June, entering a feud with the then-Knockouts champion Jordynne Grace.

A month later Purrazzo won the the Knockouts Championship at the Slammiversary event, before losing it to Su Yung in October, and regaining it again in December. 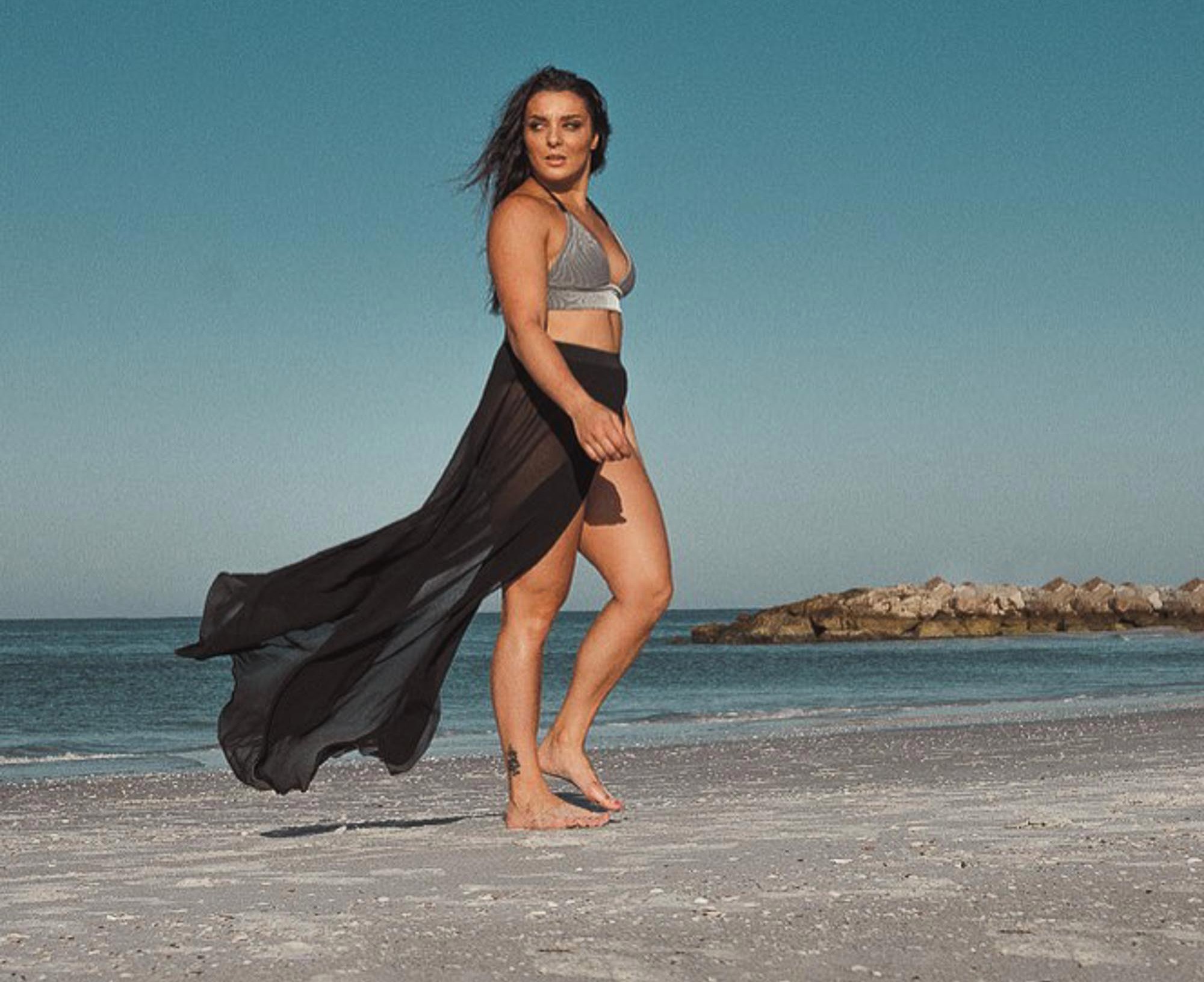 Deonna is grateful for the ups and downs in her journeyCredit: Instagram/Deonna Purrazzo

“I think because I was already feeling unsure if I wanted to stay in WWE, it was kind of the right time to move on,” she says of the move.

“As much as it was scary at the time, I definitely feel like I gave my all to that adventure [NXT] and I’m better for it but moving on was what was best for me in every aspect of my life.”

The two-time champion says she owes a lot to her friends and community in the business who have ‘pushed me to succeed’.

“I have gained some of my best friends in the world because of wrestling and I’m so fortune for that,” she adds. 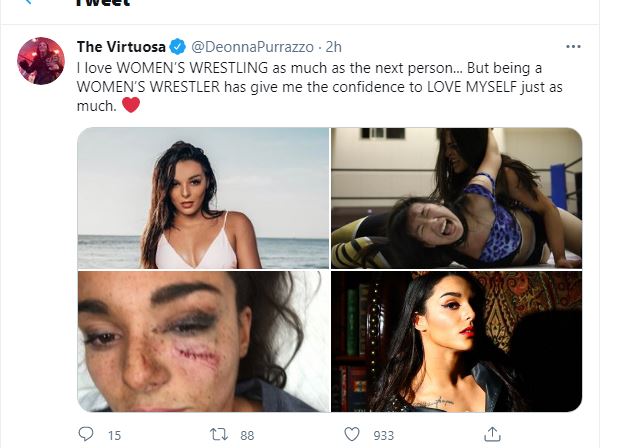 Purrazzo recently clap backed back at a Twitter troll who told Chelsea Green to stop posting pics and ‘get back in the ring’.Credit: Twitter 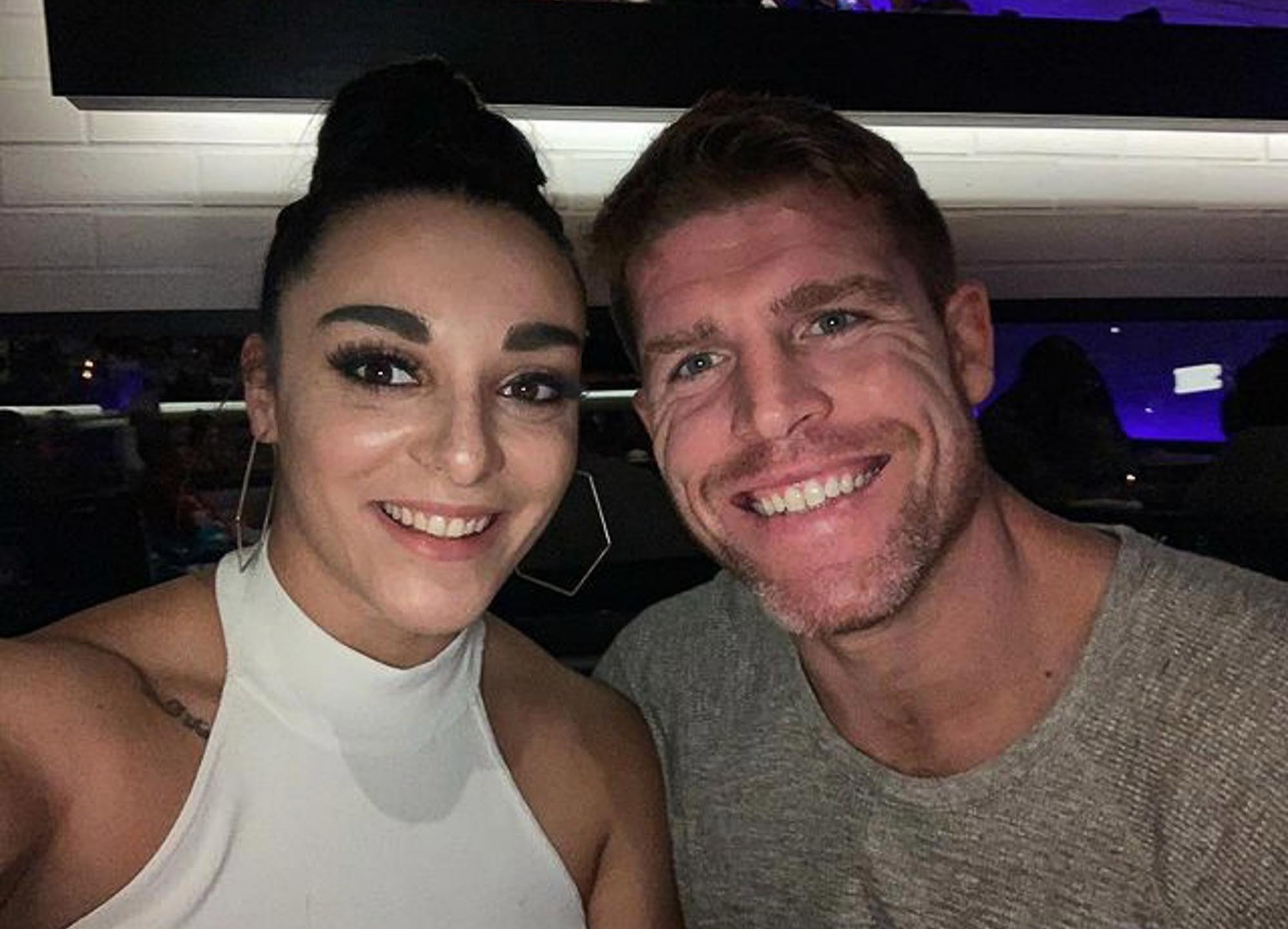 “I truly feel I’m surrounded by a group of women who want each other to succeed and all have something to prove.”

Purazzo, who lives in Florida with boyfriend Steve Maclin, a former WWE wrestler, earned Impact’s Wrestler of the Year for 2020.

On Saturday, she retained her title in the hard hitting match against ODB at the Sacrifice pay-per-view event, with the feud expected to continue this week on Impact. 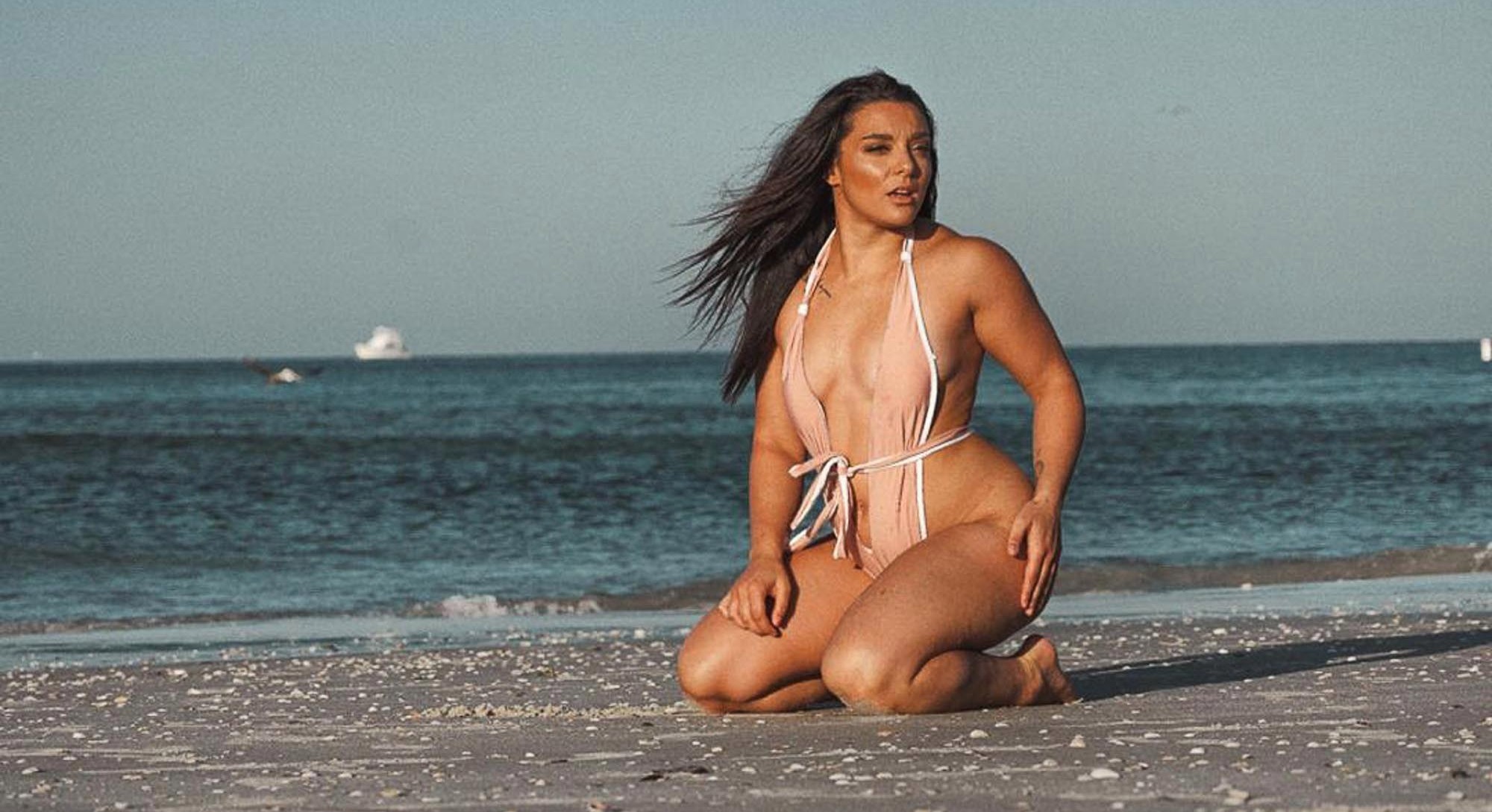 She is known as The Virtuosa to fansCredit: Instagram/Deonna Purrazzo 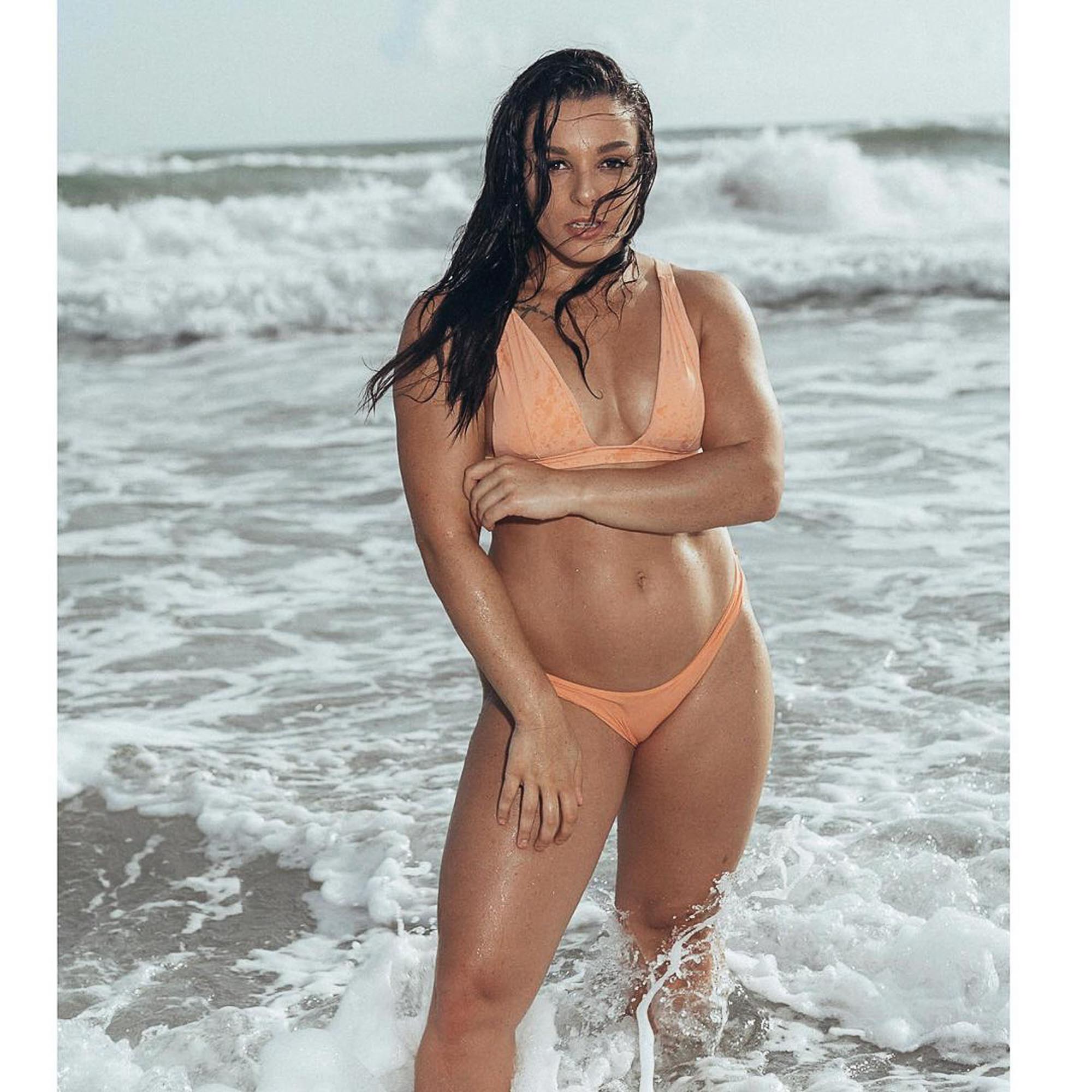 Purrazzo has wrestled in Impact, Ring of Honor, and StardomCredit: Instagram/Deonna Purrazzo 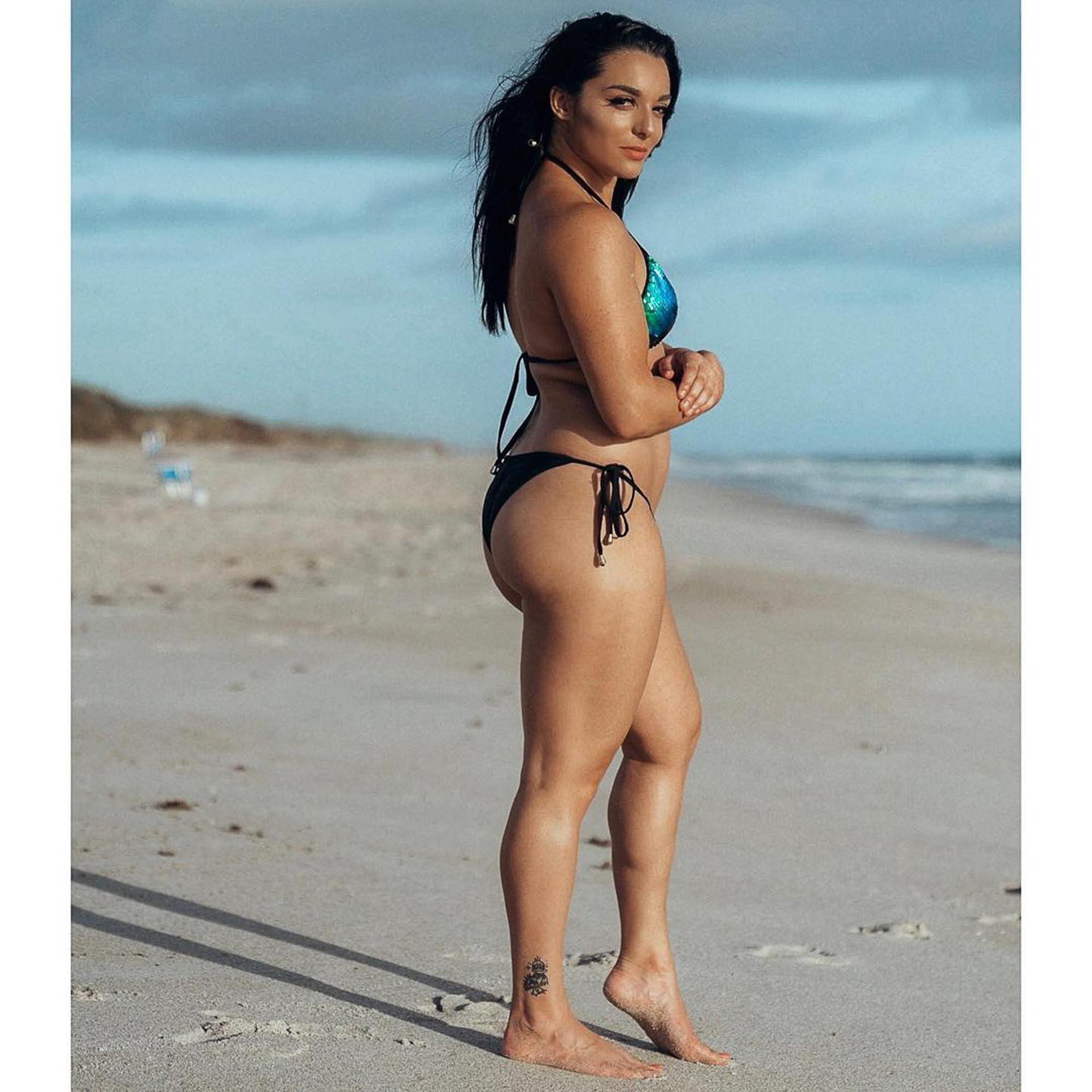 Deonna was born on June 10, 1994 and grew up in New JerseyCredit: Instagram/Deonna Purrazzo 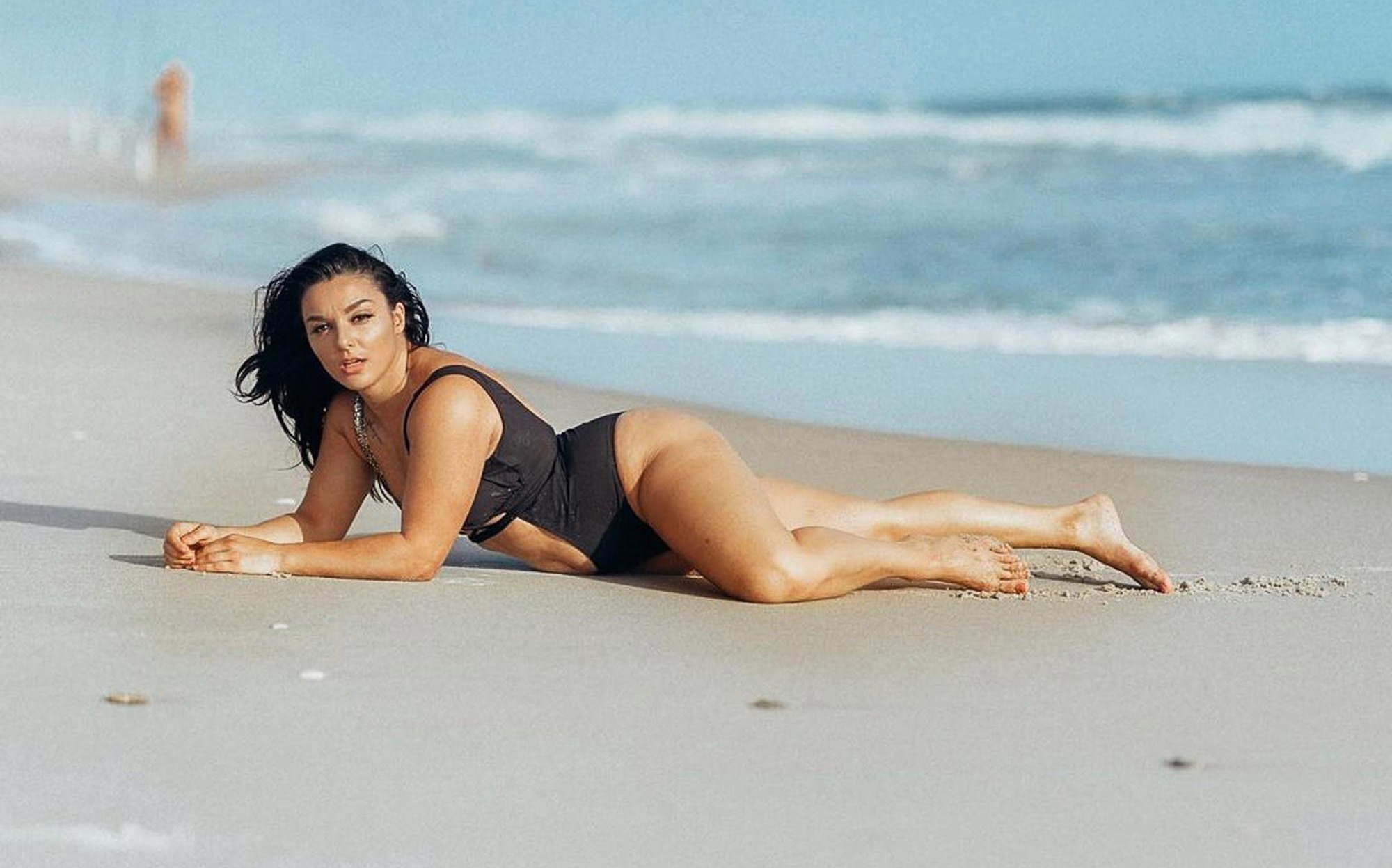 She is known for her Fujiwara Armbar submission holdCredit: Instagram/Deonna Purrazzo 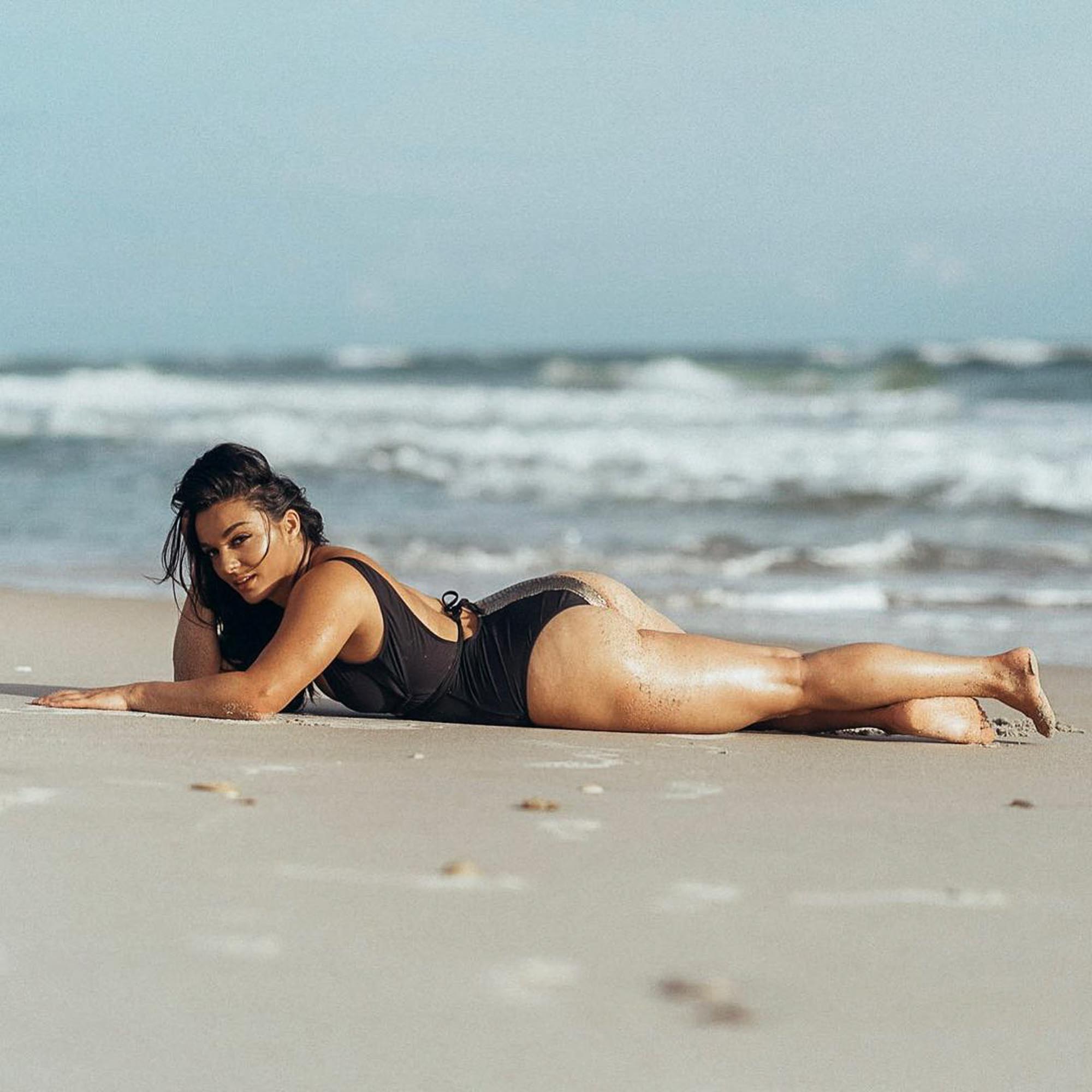 Has been referred to as the Ironwoman of Impact WrestlingCredit: Instagram/Deonna Purrazzo

Molly Holly is confirmed for the WWE Hall of Fame 2021