ROSE NAMAJUNAS defeated Zhang Weili for a second time – before sharing an emotional moment with her parents cageside.

The Milwaukee fighter secured a split decision victory to keep hold of her Strawweight Championship at UFC 268.

And after she had her hand raised, the 29-year-old made her way to her mum and dad, who hugged the star.

They kept repeating how ‘proud’ they were of their daughter.

The women’s battle was a much closer one than their first meeting.

In April Namajunas secured a first-round KO to stun her Chinese opponent.

She was handed her belt by legendary actress Halle Berry in Madison Square Garden.

In the main event of the night, Kamaru Usman retained his welterweight title with victory in his grudge match with Colby Covington in New York.

Usman, making his fifth defence of the welterweight title, dominated the opening rounds.

Covington suffered a cut to his face in the opening round after a clash of heads.

And he was knocked down twice in the second round, but somehow managed to hang until the buzzer.

But Usman failed to drive home his advantage, and Covington found his way back into the contest.

The challenger came out strong in the fourth and tagged the champ multiple times.

The fighters both went for it in the fifth and final round, but neither man was able to land the decisive blow and in the end it went the full distance. 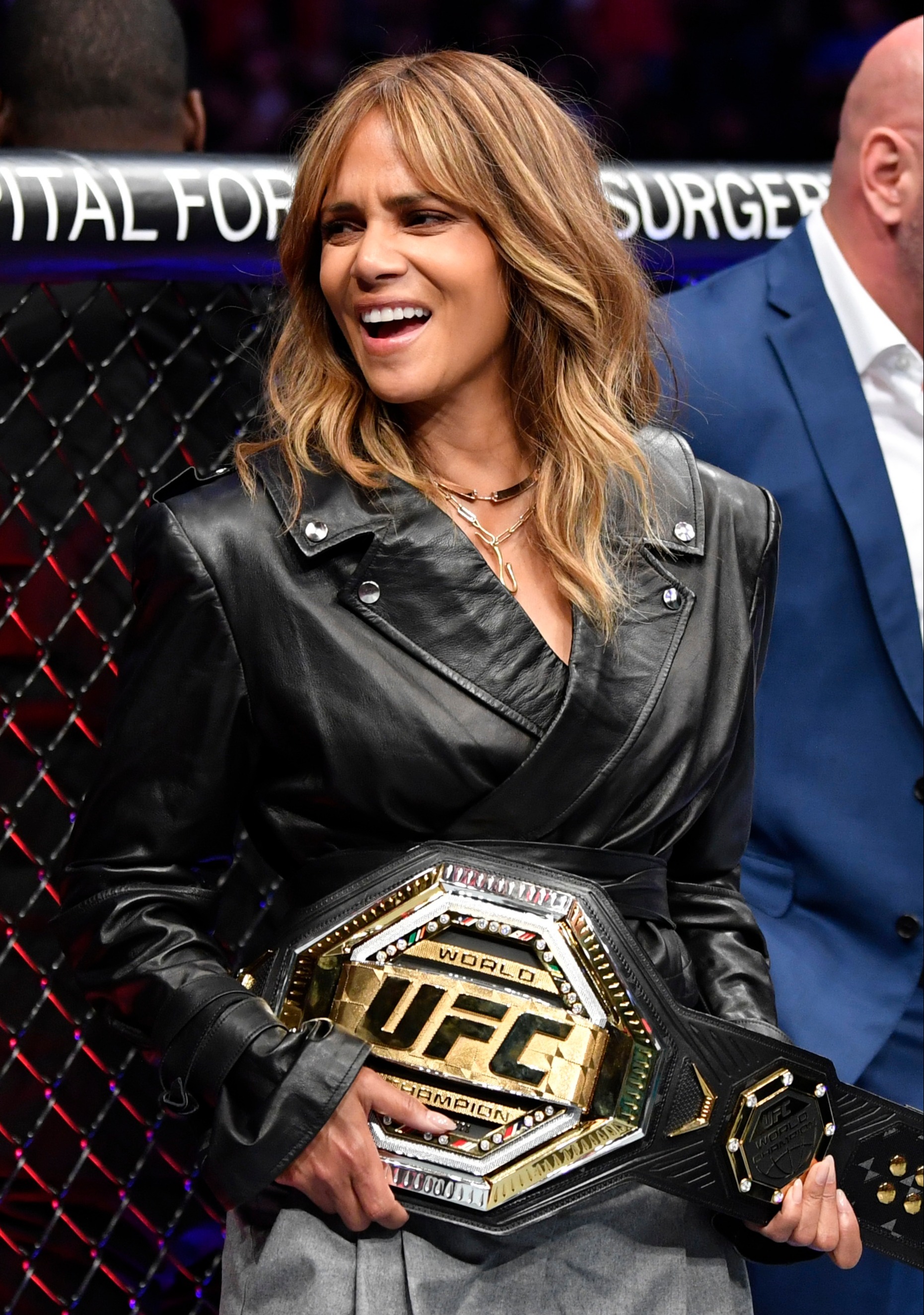 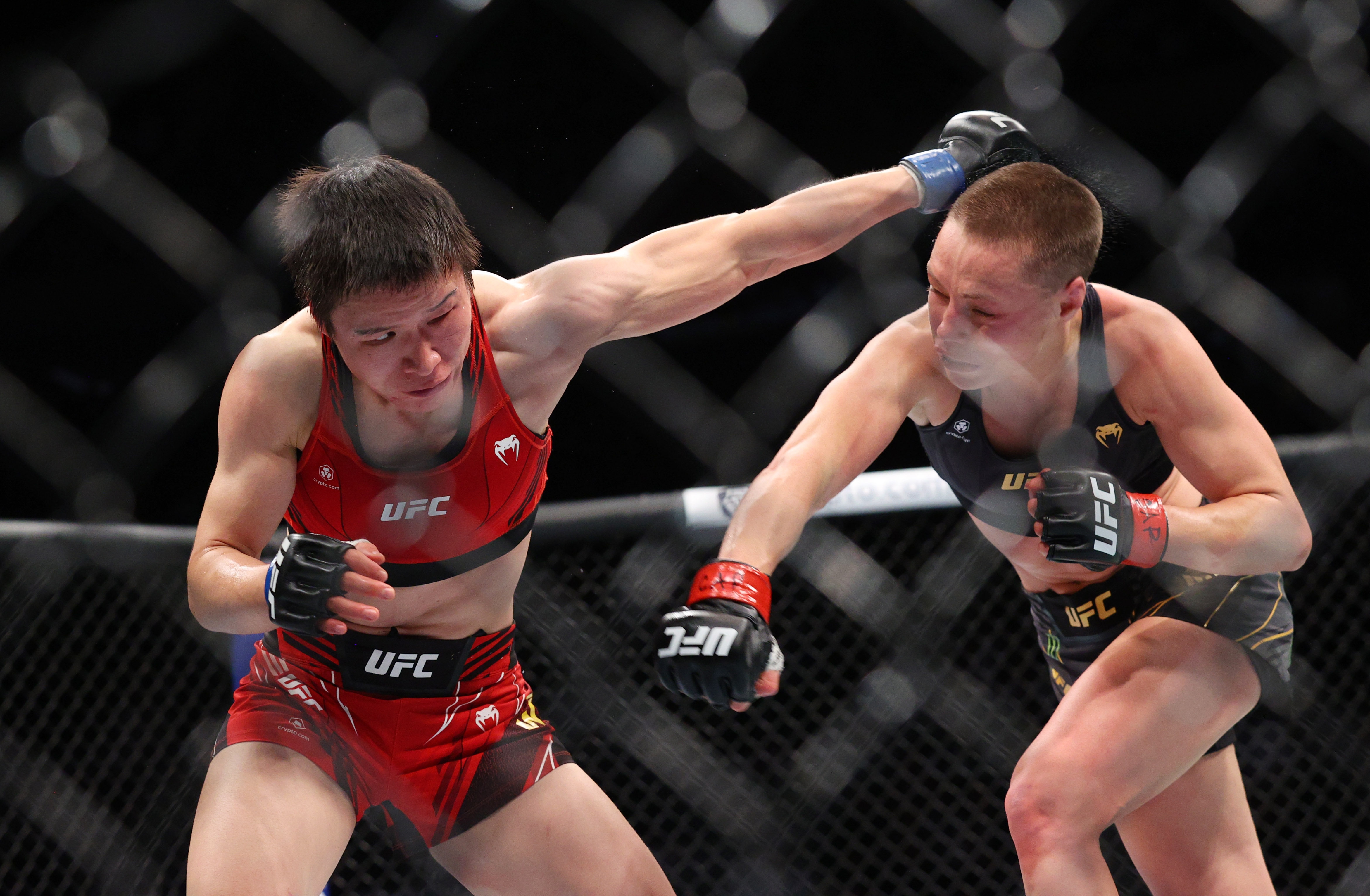