BEING pregnant is something extremely exciting, with many beaming with excitement to welcome their newborn child into the world.

But it’s not all smiles for one pregnant woman as she reveals her husband made a speech at their gender reveal party in which he joked that he hopes their impending arrival “looks nothing like” his wife.

A pregnant woman has taken to Reddit to reveal the horrifying comment her husband said to herCredit: Getty

In a post on Reddit, the mum-to-be said she was already feeling anxious about the party because she’s “not a fan of being around many people”, but was left gobsmacked when her husband made a disrespectful comment about her and their baby.

The woman also claimed that while “everyone laughed” at her husband’s comment, she was left feeling awful and ultimately walked out of the party.

In her post, she said: “I married my husband three years ago. I’m currently pregnant with our first baby together.

“We found out it’s going to be a girl and my in-laws wanted to invite us for dinner for a ‘gender reveal announcement and celebration’. 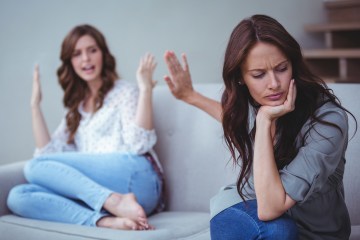 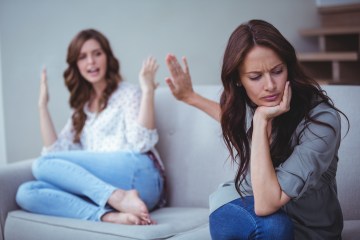 “We got there and had many relatives come to congratulate us and celebrate.

“It was bigger than expected which made me nervous because I’m not a fan of being around many people.

“We sat at the dinner table and I barely ate, I was feeling so much anxiety and was sort of upset my husband didn’t warn me about how many people were coming, but I tried to stay calm and collected.

“After the announcement and in the middle of the celebration my husband wanted to give a toast.

“He opened a bottle and poured a drink and wished that our daughter be ‘healthy, happy, but look nothing like’ me. Everyone at the table laughed.

“I sat there staring in shock while he kept laughing with them.

“I felt so much rage and my anxiety got out of hand.

“I got up, took my purse and made my way out. His mum followed me asking if I was okay, I told her I just wanted to go home.”

Before the woman could leave the party, her husband stopped her and asked her what was wrong – and proceeded to tell her it was only a “joke toast”.

The mum-to-be wasn’t impressed and claimed this wasn’t the first time her partner had made comments about her, impacting her “low self-esteem”.

She added: “He came to the door asking what was wrong, and that’s when we started arguing.

“He said this was a ‘joke toast’ and that my reaction was over the top, but the thing is ever since I got pregnant he’s been hinting he doesn’t want our daughter to look like me.

“He even once got up in the morning and the first thing he told me was how much he wished our daughter looks nothing like me.

“It hurt me while I’m already dealing with low self-esteem and anxiety.

“I wanted to go home but he said I was being a baby and that I should learn to take a joke.

“I said he made everyone laugh at me, but he defensively said it didn’t warrant me walking out of dinner and being so disrespectful to the relatives who came to celebrate and share our joy.”

Reddit users were shocked at this man’s behaviour, and were firmly on the woman’s side, with many saying she was right to be offended by her husband’s “joke”.

One person said: “Dump the whole man. Get a divorce before your child sets foot on this earth. He was wrong to treat you like that. Disgusting behaviour.”

Another added: “That wasn’t a joke, that was an insult. You deserve someone who loves you and who knows how to respect you.”