A SLEEP expert has revealed why a rigid bed time doesn’t matter, and it’s okay to stay up on a weeknight.

Many people fear if they don’t get an early night, they’ll be too tired to function the next day.

You don’t have to go to sleep if you are not tired, says sleep expert Stephanie RomiszewskiCredit: Getty

But sleep physiologist Stephanie Romiszewski warns against going to bed based on sleep deprivation anxiety.

Instead, she urges you to wait until you are sleepy, even if that takes you beyond midnight.

And she explained this won’t make you more tired in the long-run, as long as you wake up at the same time every day.

She told The Sun: “If you aren’t sleepy until a little bit later, it’ll be totally okay for you to give yourself a bit of permission to stay up a bit late and really build that strong drive to sleep. 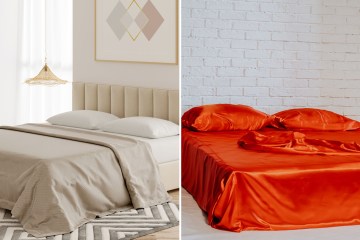 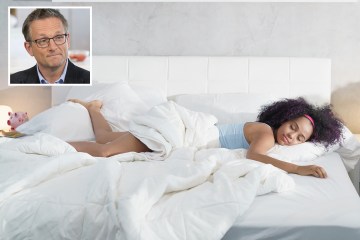 “That drive is going to take you through your entire night much more soundly than if you go to bed when you’re not sleepy, when you go to a room that’s completely pitch black but you’re completely wide awake.

“And before you know it, your physiological state is completely the opposite to what you need in order to even start to feel that sleepiness.

“So not only did you not feel sleepiness to start with, but you’ve actually pushed it away.”

Stephanie, who runs The Sleepyhead Clinic in Exeter, recommended getting yourself ready for bed earlier on in the evening.

Brush your teeth, have a shower and so on, before relaxing with a book, TV or music.

“Then when you’re feeling that wonderful sleepiness, you’re just going to take yourself to bed and then hopefully you’ll have a much easier transition into sleep, and you’re more likely to stay asleep,” Stephanie said.

You’re probably wondering, ‘surely I will be shattered if I go to bed when I fancy it?’

Especially for night owls, who, given permission to, would go to sleep very late, even if they had work in the morning.

Stephanie, who says people have forgotten that it’s okay to feel sleepy, explained how relaxing about bed-time could actually help you sleep more.

She said: “Don’t compensate for that lack of sleep that you’re building up [by going to bed later] by having a nap.

“Move on with your day and you should find within a few days, your body has no other choice but to actually make you sleepy earlier.

Stephanie said the most important thing to aim for is a consistent wake-up time, even on the weekends.

She said: “What you want to start doing is waking up at the same time every day and still giving yourself permission to go to bed later.

“Everybody believes that their evening time is going to be much more influential to how sleepy they feel.

“But you cannot build sleepiness over a couple of hours. It starts from the morning.”

Having a set wake-up time fine-tunes the body clock, which dictates everything from when we feel sleepy to our metabolism.

Over time, the body gets better at producing hormones to make you perky, sleepy or hungry, if the routine is the same every day.

With this comes better sleep, appetite, cravings and mood.

For those that struggle to get going in the morning, Stephanie recommended daylight as soon as you wake up.

Some light exercise, such as walking to work, and eating something will also reinforce to the body that it’s time to be awake.

Stephanie said: “Even if you’ve had a bad night, the fact that you’re waking up at the same time, and you are reinforcing that time with light exposure, you’re going to feel better regardless of whether you slept well because your body is used to it.

“That’s how powerful waking up at the same time is.”

Stephanie was a guest on Holland & Barrett’s The Wellness Edit podcast – listen to the February episode Reset Your Sleep here.