WHAT lengths will you go to to keep your bored kids entertained?

When toys, games and even TV have been exhausted, stressed-out mums will do anything to keep their children quiet and achieve the peace and quiet they deserve.

Luckily, finding new ways to distract little ones doesn’t have to be expensive as one clever mum discovered – and women are calling her a genius.

Daniele D, who calls herself The Hopeful Mama on TikTok, thought every parent should benefit from her very simple hack.

Her hilarious video has attracted 11 million viewers and counting – and it’s easy to see why.

The short clip shows Daniele looking into the camera wearing a blue-and-white striped jumper with her hair in a mum bun. 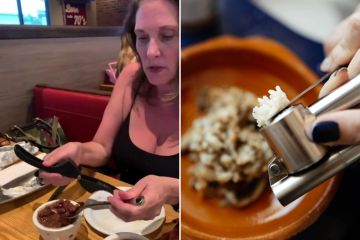 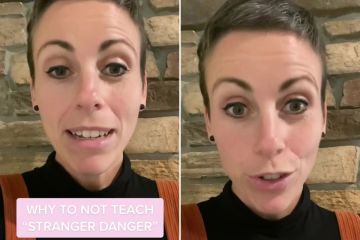 She grins cheekily into the lens as her toddler is seen running round and round in circles in the background.

He’s playing with an assortment of coloured balloons attached to the indoor ceiling fan by long lengths of white ribbon.

As the fan turns, the balloons are pulled around, giving the young boy hours of fun as he tries to keep up and catch them.

“How long should you let your kid run around in circles?” she asks. “Asking for a friend, thanks.”

Daniele captions her funny clip: “It’s the heavy panting that gets me. What are some of your favourite toddler activities to keep them ‘busy’?”

Over 7,000 people commented on the savvy mum’s video, and they’ll all be copying her amazing idea.

“Ok this is genius,” said one impressed user.

Another agreed: “I was going to say the same thing. She is freaking brilliant.”

Viewers called Daniele’s hack a ‘game changer’ and ‘such a good idea’, suggesting she let her son run in circles all day, until he sleeps, or until he’s 18 and ready to move out and go to college.

While most were thrilled by the discovery, some funny mums spoke up to share a warning or two.

“When you see they’ve worn the rug down to the subfloor, it’s time to stop,” suggested one. But someone had a solution: just buy a new rug to hide the damage.

“Better reverse the spin or he will be stuck going right for the rest of his life,” another mum cautioned, adding a string of laughing emojis.

In another video, Daniele shares the struggle of being a mum on Halloween. She claims she gets excited for Trick-or-Treaters but once she’s bought her candy haul from the local shop, she can’t help but eat the lot. 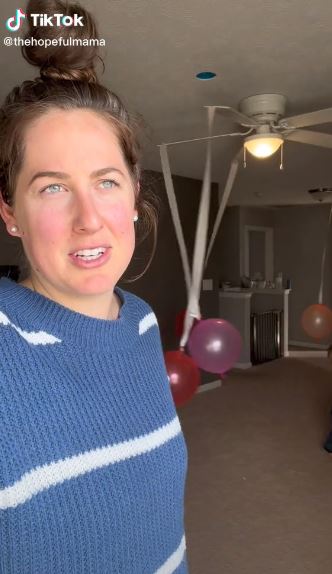 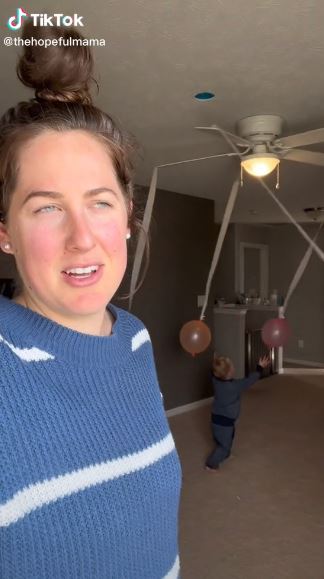 Some suggested she use the hack until her tot goes to collegeCredit: TIKTOK/@THEHOPEFULMAMA