DOG LOVERS have been urged not to get a pug as their next pet – as experts warn they are some of the unhealthiest pooches on the market.

While their flat face and pudgy body has seen the dog breed become a firm favourite, research has suggested it’s these exact features that could be behind their health issues.

New research from the Royal Veterinary College (RVC) has revealed that pugs are almost twice as likely to develop health problems every year than other breeds.

Pugs can now no longer be considered a ‘typical’ dog due to its health issues, according to the study.

Dr Dan O’Neill, associate professor in companion animal epidemiology at the RVC and lead author of the paper, said: “Although hugely popular as pets, we now know that several severe health issues are linked to the extreme body shape of pugs that many humans find so cute.

“It is time now that we focus on the health of the dog rather than the whims of the owner when we are choosing what type of dog to own.”

The RVC’s study used its VetCompass program to compare random samples of 4,308 pugs and 21,835 non-pugs – finding that pugs were 1.9 times more likely to develop one or more health disorders every year.

The most frequent issues were found in the pugs airways, a common problem for flat faced dog breeds.

Pugs have become one of the UK’s most popular pets in recent years, and Kennel Club registrations for the dogs rose five-fold from 2005 to 2017.

Bill Lambert, health, welfare and breeder services executive at The Kennel Club, said: “Sadly, certain exaggerations that can cause health issues are often perceived as ‘cute’ or ‘normal’ for the breed and, worryingly, desirable by pet owners too.”

Flat-faced mutts now make up a whopping 20% of all dogs in the UK.

But a crackdown on overbreeding of breeds including Pugs and English Bulldogs could see them become BANNED in the UK, which experts fear could result in a health crisis if ignored.

The charity told The Sun Online that these breeds are “not living full and happy lives.”

“We have already started contacting MPs.

“Ultimately Blue Cross is determined to see the end of the poor breeding of flat faced dogs and are considering all options both legislative and non-legislative to achieve this.”

The Blue Cross said the charity “don’t want to ban the breed, we want healthier breeds.” 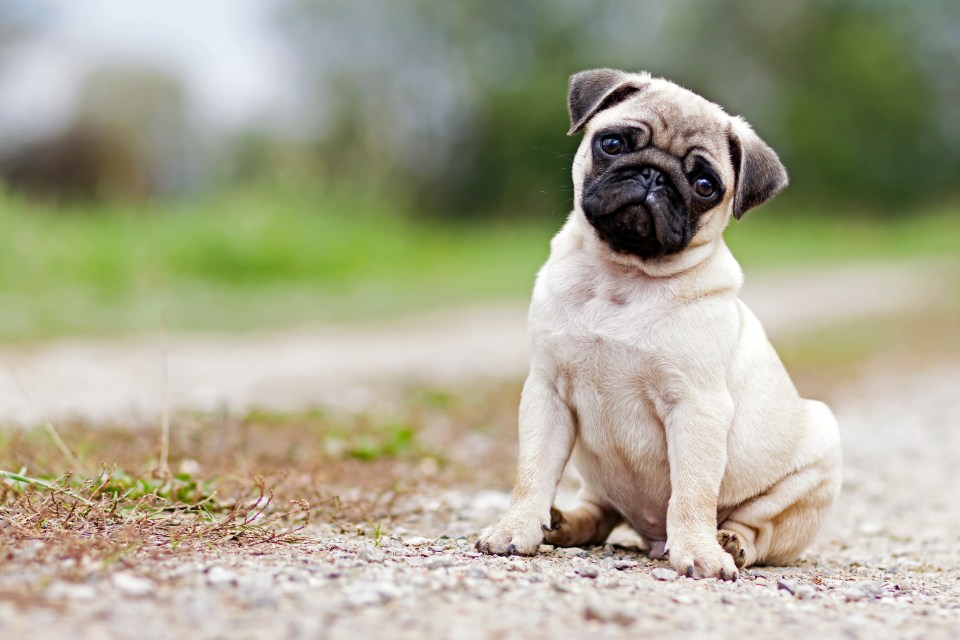