TRYING to work out whether your relationship is moving in the right direction or headed for disaster can be daunting.

But a medium has revealed how you can channel your inner psychic abilities to predict its fate.

Trying to determine where you stand in a relationship can be difficultCredit: Getty

He is relied upon by some of the biggest names on TV including Oti Mabuse, Maura Higgins, Chloe Ferry, and Jacqueline Jossa.

In January he predicted Molly-Mae Hague and boyfriend Tommy Fury would be making a baby announcement this year.

Here he reveals seven ways to spot that your partner is no longer interested. 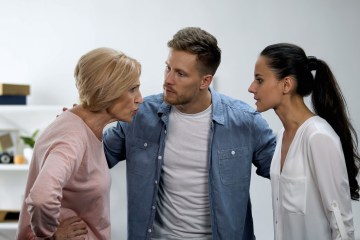 If your partner has drastically changed how they behave around you, it’s a tell-tale sign that something is amiss.

While in some cases it can be down to life-related stress, if their new attitude lingers, treat it as a red flag.

Chris explains: “We all have things we are going through in life which can distract us and make us ‘cold’ towards people we love – not only in relationships but in other connections, too.

“However, if it seems like they are colder with you and it’s been like this for a period of time, it could be a sign that they are emotionally distracted and not feeling the same as before.”

Chris advises keeping an eye on the way your partner looks at you.

Maintaining eye contact and randomly smiling at you are indicators that they’re still smitten – but if these are missing, you may have a problem.

Chris says: “Someone who is captivated by and in love with you will probably not stop looking at you.

“The eyes reveal a lot about emotion and attraction. Someone who is very attracted to you will always want to look into your eyes.”

You can read a lot about someone’s thoughts, feelings, and emotions by studying their body language.

If you’re concerned something is amiss, keep an eye on your partner’s hands.

Chris says: “Someone who wants to show loving emotions towards you would normally lean toward you.

“Our hands reveal a lot. If they are open to you and welcoming, you’ll find they are wanting to make you feel more secure in their presence.

“However, it could be a subtle red flag if they have their arms folded.”

This could suggest they are not interested in being close to you, and want space.

If you’ve noticed your partner seems to be making little effort with their appearance around you, it could be a hint all is not well.

“Someone who takes pride in their appearance means they are willing to impress you and want to look good for you,” says Chris.

“Equally, someone who has stopped dressing well and seems to no longer make an effort or care could be a sign that there’s reason to be concerned.” 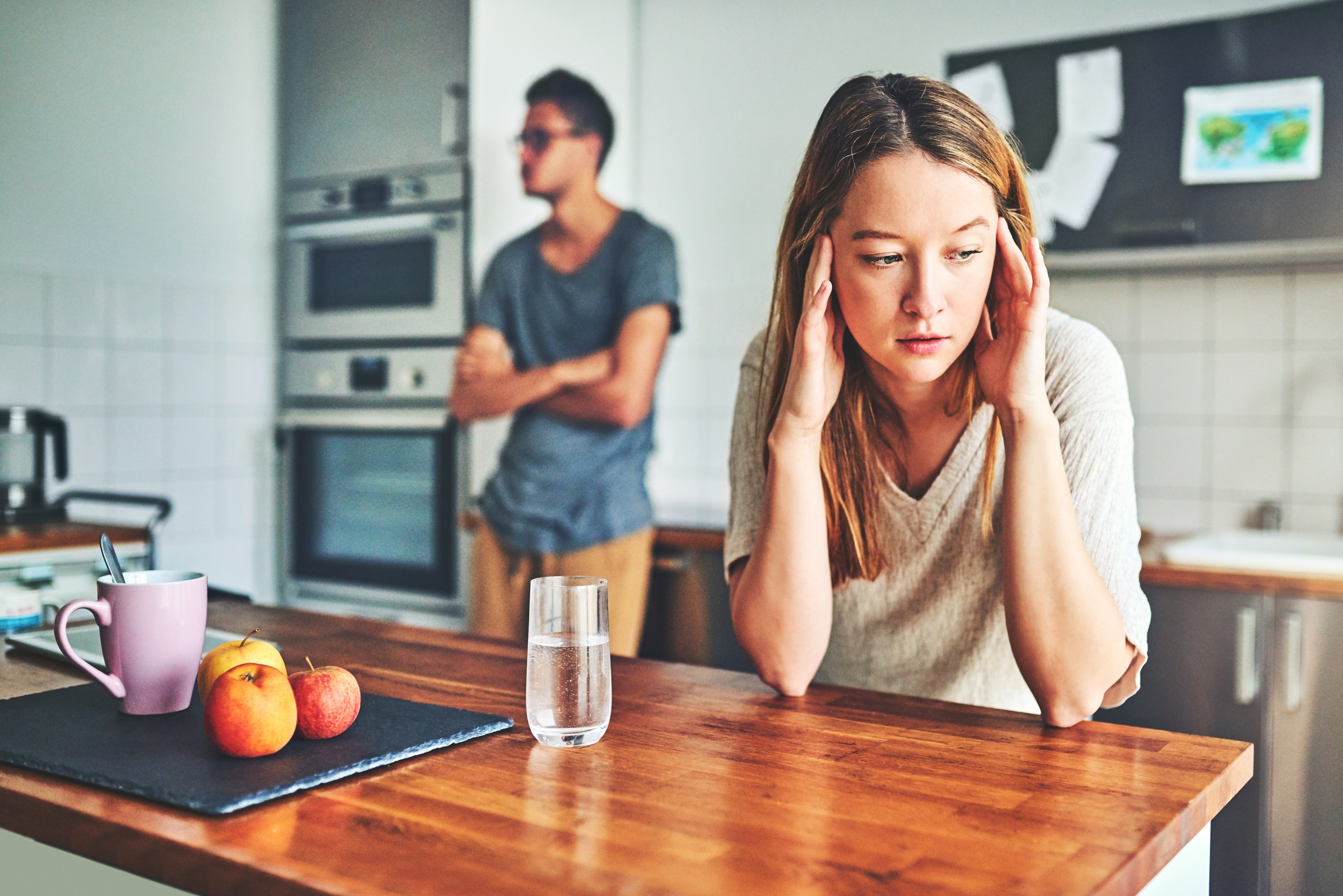 It could be a cause for concern if your partner appears to be hiding you away from his loved onesCredit: Getty

Being affectionate is one of the most effective ways to communicate your feelings to your partner.

According to several studies, giving and receiving affection is one of the most important elements of being in a relationship – and affectionate couples tend to be happier.

Chris says: “There are times when we don’t always feel affectionate and loving.

“Sometimes we shut ourselves off and we may not feel like we want to be ‘touchy-feely’ with our partners.

“It becomes a problem when your partner is not affectionate with you anymore – and is even more troubling when you initiate affection and receive nothing back at all.”

If your partner appears to be keeping you away from their family and friends, it could be a cause for concern.

According to Chris: “If you’re wanting to be involved with their friends and family, and they avoid bringing you along to gatherings, it could be a sign that they don’t see a future with you.

“No one wants to be kept a secret, and if they are serious about the relationship, then they will want to show you off to the world.”

Making short and long-term plans for the future suggests you are in sync with your partner.

It gives a sense of security in relationships and assures us that our significant others are in it for the long haul.

If you’re feeling like your partner has no interest in discussing your future or your dreams, goals and ambitions, then it could be a sign the relationship has lost its spark, warns Chris.

He adds: “If you’re finding your partner does not want to discuss issues and rather avoids them, it may be that they don’t value their importance.”

Knowing where your partner’s priorities lie can help save you from uncertainty and eventual heartbreak.

“If they’re going out with their mates every weekend – out playing football or whatever it is – and never make time for you then there is a question as to what their priorities are,” says Chris.

“It could be that they need more balance in their life, or they’re feeling stretched as everyone wants to be with them, and they can’t please everyone.

“Also, ask yourself if they have stopped making an effort on birthdays or anniversaries and if they somehow end up ‘forgetting’ special occasions.” 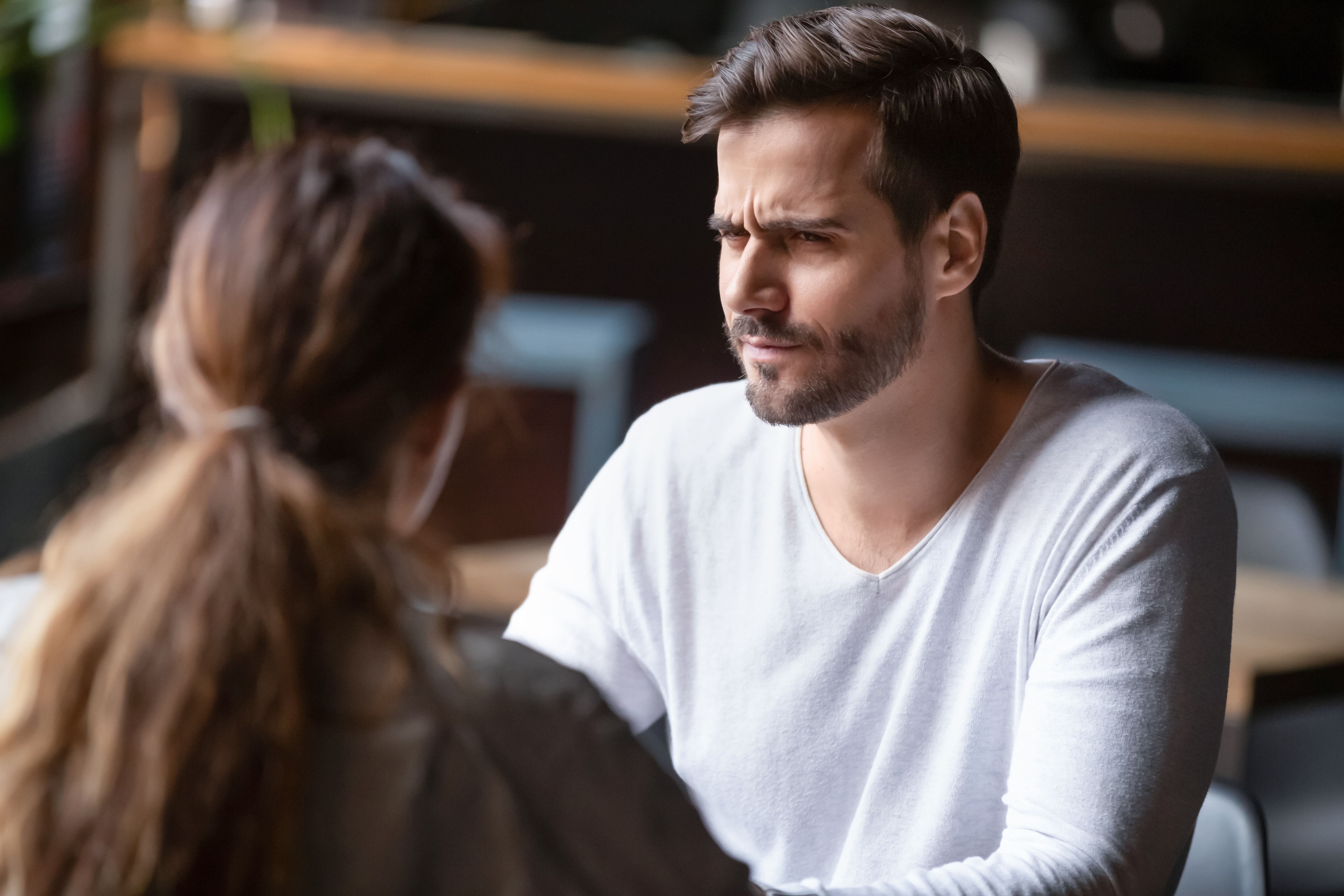 If your partner’s attitude towards you has drastically changed, it may be a red flagCredit: Getty

Have you noticed that your partner is spending less quality time with you than normal?

Chris warns: “Of course it’s important that we all have our own space and have time to ourselves, it’s healthy.

“However, you shouldn’t feel as though you are the only one in the relationship.

“They may have a busy lifestyle and commitments, but if they don’t ever make any time for you or make you feel like they aren’t interested in spending time with you, then there’s an issue.

“They should definitely be spending quality time with you – and enjoy doing so.”

Intuition is when you feel something without making a discovery or knowing for sure.

Chris says: “We all have intuition, which I often refer to as gut feelings, and it comes to us in the simplest of ways.

“You may think of someone and then the phone rings, or you could be driving to work one day and get a thought that you should take a different route, and you find out there were hold-ups on the road.

“In a relationship, you are going to be able to feel if something isn’t right, and it’s vital that you listen to that voice within, and trust it.

“Of course, sometimes we overthink and we can imagine scenarios that haven’t happened yet – that’s normal, we’re human.

“But if there is a feeling something isn’t right, and you just can’t shrug it off, then this is most likely a red flag, a warning, meaning you are feeling this for a reason.” 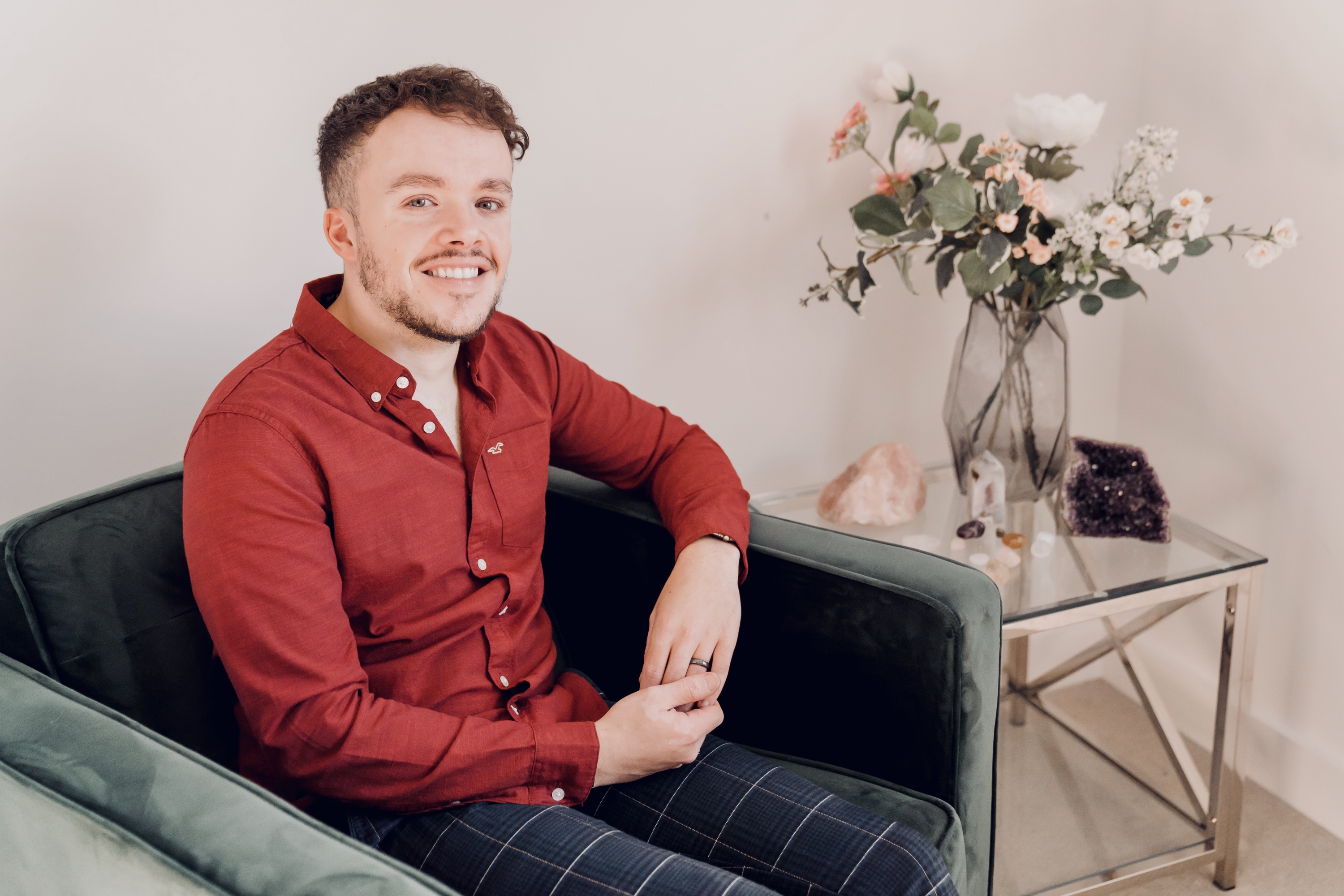 Psychic Chris Riley specialises in matters of the heart and has read some of the biggest celebritiesCredit: Honeysuckle Photography 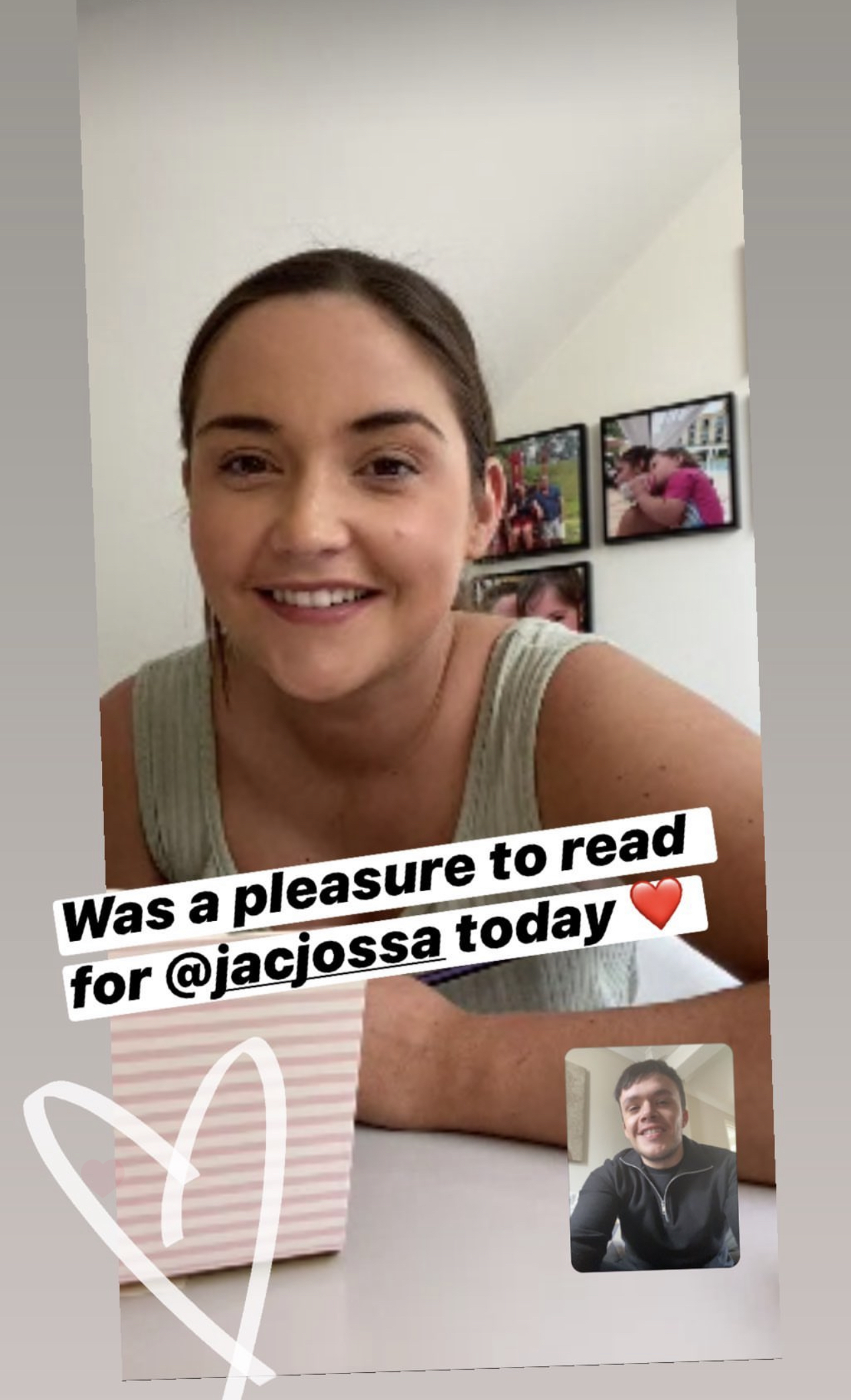