AN EMPLOYEE of popular fast-food joint Chick-fil-A has revealed items people can order on a supposed secret menu.

The menu includes a spicy chicken biscuit, a specialty coffee, and more.

A person who works at Chick-fil-A has revealed secret menu items customers can order at her locationCredit: TikTok/promisehorne 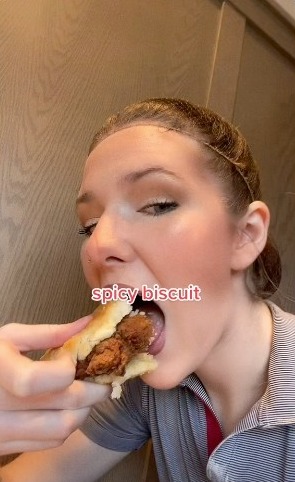 The first thing she showed was a spicy chicken biscuitCredit: TikTok/promisehorne

The worker, who revealed the secret menu items in a video shared online, first said customers can order a spicy chicken biscuit instead of the regular chicken biscuit.

On Chick-fil-A’s menu, the chicken biscuit is described as ​a “breakfast portion of our famous boneless breast of chicken, seasoned to perfection, hand-breaded, pressure cooked in 100% refined peanut oil and served on a buttermilk biscuit baked fresh at each Restaurant.”

To order the secret item, the worker said to “ask for a spicy filet and buttered biscuit and ask them to put the filet on the biscuit!!”

She added that it pairs well with strawberry jelly.

The worker also revealed you can get Oreos added to your plain frosted coffee for a sweet kick and added crunch and even bacon stirred into your macaroni and cheese.

She described the abovementioned items as “the best secret menu items to order from Chick-fil-A.”

The woman works at a Chick-fil-A in Byron, Georgia, and not every location offers the secret menu items as her restaurant.

Her video, which was viewed nearly 200,000 times, was flooded with thrilled comments.

“This is a side of TikTok I wanna be on,” one user noted.

“I live in Atlanta and I’m about to drive all the way to y’all just for these items.

“I have a feeling they don’t do these at ours,” another Chick-fil-A fan wrote.

“As a former [Chick-fil-A] employee… frosted coffee + chocolate syrup peppermint planed and whipped cream during the winter,” one wrote.

“As a [Chick-fil-A] employee, I can confirm these are amazing.

“But my favorite is the chocolate milkshake and a crumbled brownie in it,” another added.

A third worker said: “My store does spicy burritos and spicy grilled sandwiches as a secret menu thing.”

The woman’s popular video comes after another employee angered customers by showing that Chick-fil-A’s lemonade is not freshly squeezed.

However, the menu does not advertise it as fresh lemonade. 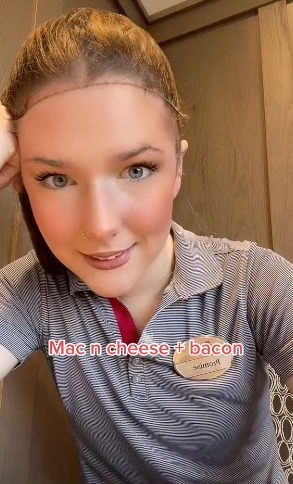 The woman listed three items, but claimed she has more to shareCredit: TikTok/promisehorne