BEING DUMPED is never nice, but having your partner walk out of your home without an explanation is another pill to swallow.

Fitness model Shea Jones, from Miami, took to TikTok to reveal that her boyfriend of four years left their home without a reason why and not only is she heartbroken, her dog is too.

Shea Jones took to TikTok to reveal that her boyfriend of almost four years had left her without explanationCredit: INSTAGRAM

Shea uploaded a video to TikTok with the caption ‘I’m at a loss for words… heart broken’.

She claimed that back in 2021: “This morning, my boyfriend of nearly 4 years told me he was leaving.

“He said he was done and leaving the country for an indefinite amount of time.

“He left us at 7am this morning and just said goodbye.

“Our dog, Zulu doesn’t know that will be the last time he will see his dad…

“You’ll always have me, I will never leave you.”

In Shea’s video we see her and her beloved Golden Retriever Zulu, as she tells her story.

Shea’s video has clearly shocked many people as it has racked up a whopping 5.3million views.

TikTokers flooded to the comments to share their support for Shea. 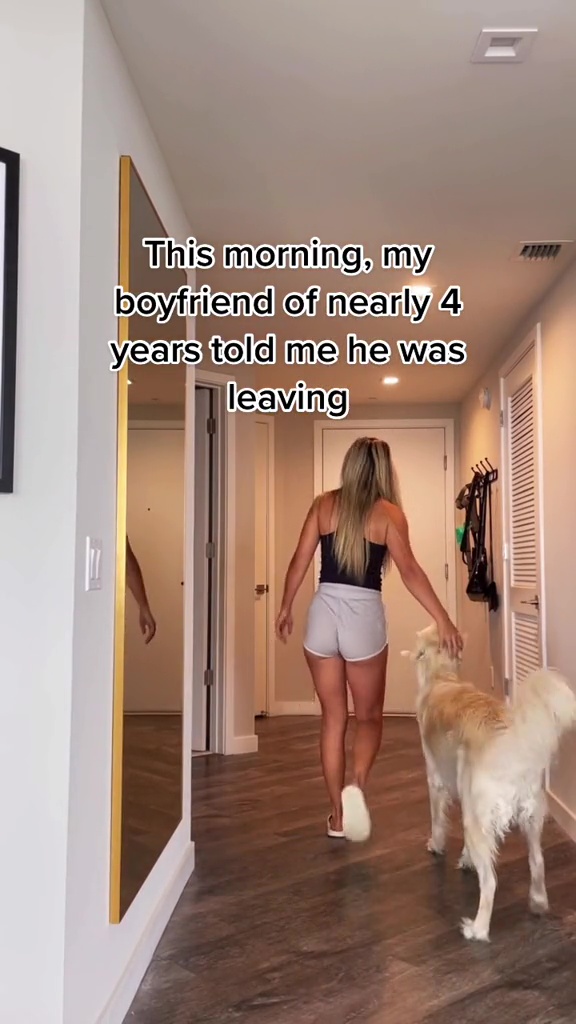 Shea revealed that her boyfriend didn’t give an explanation for why he was leavingCredit: TIKTOK 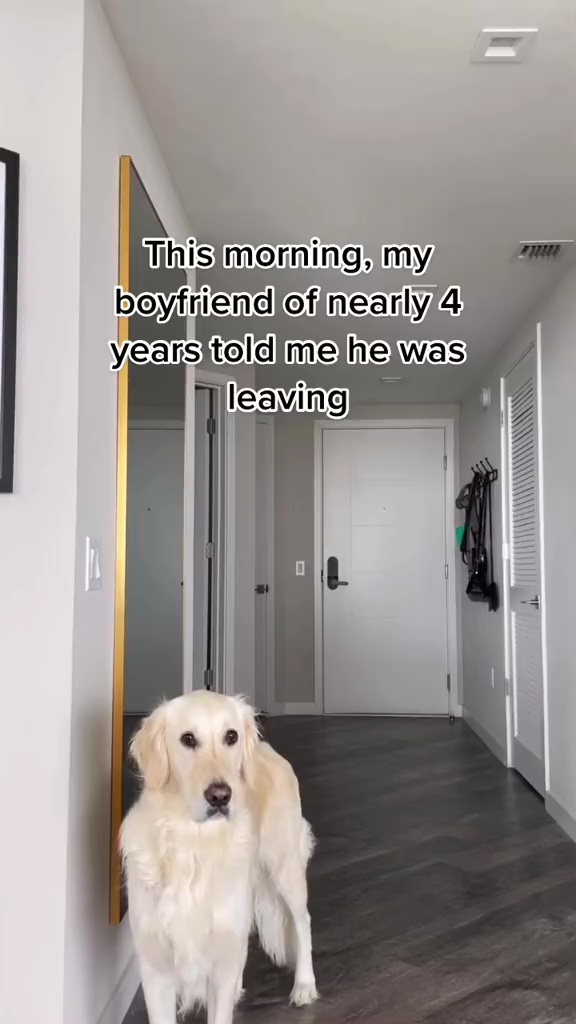 One person said: “Who can just leave a dog like that I will never understand.”

Another added: “True love never fails, it does get challenged but never fails. He wasn’t the one. You’ll find someone better who will never leave no matter what.”

A third commented: “Everything happens for a reason beautiful.”

Another said: “Oh I’m so sorry. but if he was ready to leave like that then he wasn’t right for you. when someone truly loves you they won’t leave or give up on you.”

FABULOUS BINGO: GET A £5 FREE BONUS WITH NO DEPOSIT REQUIRED

Many TikTokers also shared their own experiences in the comments.

One user commented: “I felt this. When my ex and I broke up, my Dane would look for him in the house everyday. Now, she has the most beautiful connection with my husband.”

Another said: “I am SO sorry. My ex did the same to me but kicked me out. Most painful experience I’ve ever had. Sending you lots of love.”

A third added: “My ex wife of 4 years left me and took my son, my job, and my house, put a temporary restraining order on me for defending myself. I feel your pain.”

After receiving lots of kind comments, Shea said: “Thank you so much for everyone’s such kind words. I appreciate all of you.” 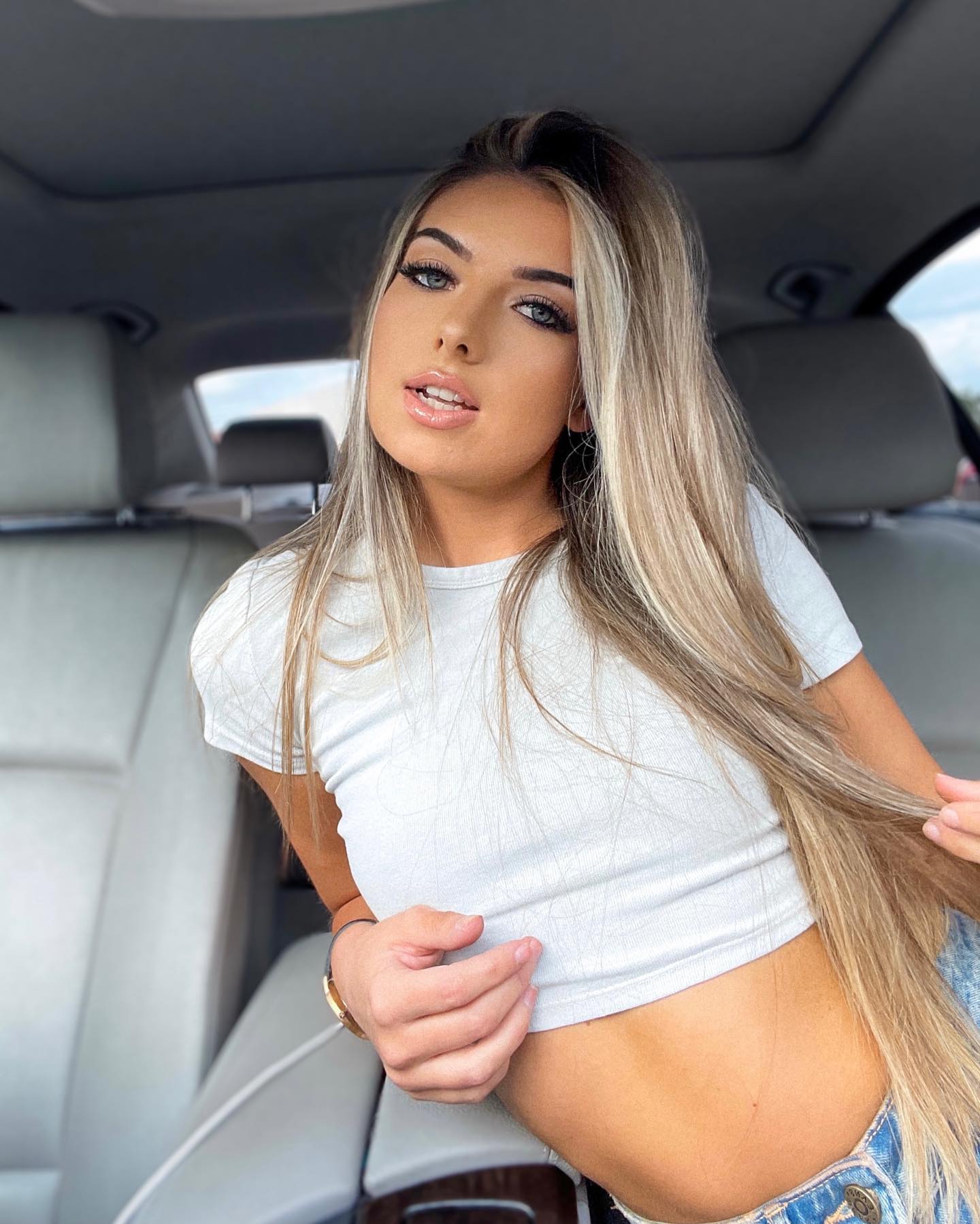 TikTok users flooded to provide their support for SheaCredit: INSTAGRAM

Meanwhile, my fiancé took me to Dubai and proposed… then ghosted me a few weeks before the wedding – I still don’t know why.

Also, I was fat-shamed by my date so got the ultimate girly revenge – and I’d do it again.

As well as this, woman issues terrifying warning about why you should ALWAYS Google your date before meeting them.

My boyfriend was asking me what engagement ring & seemed like he was about to propose – one week later, he savagely dumped me & blocked me on EVERYTHING