A MUM with a seven-week-old baby was left without power or heating for days on end as temperatures plummeted.

Alissia Way said she begged for help after wrapping her children up in extra layers following a power cut caused by Storm Arwen.

Mum Alissia Way and newborn Kaleb have been forced to wrap up in numerous layers after living without power for three daysCredit: Media Wales 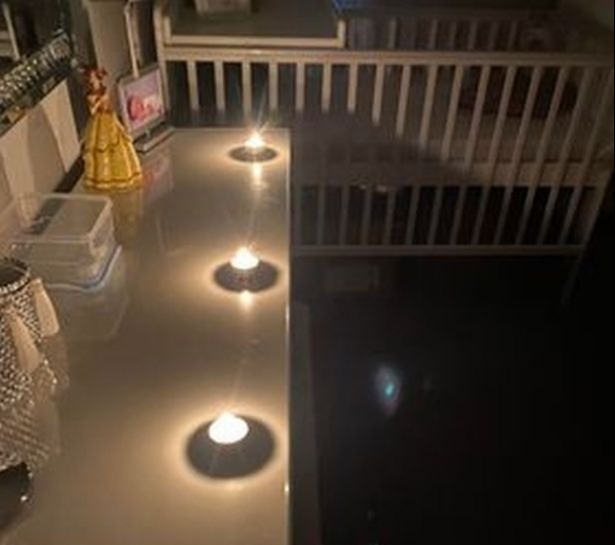 The electricity and gas went out during Storm ArwenCredit: Media Wales

It has now been three days since her electricity went out – and she is still waiting for it to be fixed.

Mum-of-three Alissia, who lives in Wrexham, North Wales, said: “I’m not happy because he [seven-week-old son Kaleb] is basically a newborn baby.

“And obviously there are other families with young babies and it’s not fair on them.

“All I want is for the kids to be warm.”

She added: “I’ve had to put him in his coat and things like that, and we haven’t been able to sterilise his bottles properly.”

Alissia said her power supply went off shortly before midnight on Friday night.

She said she was told by SP Energy Networks that things would be back up and running by Saturday.

But Alissia and her family are still stuck without electricity or gas – and she claims she has been told just to “deal with it”.

She said: “I explained that I’ve got a seven-week-old-baby and I’m struggling to keep him warm, but they basically just told me to deal with it.

“The hotels are all full, and we’re basically just stuck in this situation.

“I think they should have organised some sort of accommodation.”

As they are completely without power, the family’s fridge is completely out of use.

Their entire fresh food supply has been spoiled and the freezer has defrosted.

“I haven’t long done a big shop for the run-up to Christmas, and all my frozen food has defrosted and is now unsafe to eat,” she said.

“Some things in my fridge have also gone off.”

Alissia said someone from SP Energy Networks that they were prioritising other groups, despite her young family.

“Obviously I understand the situation and it can’t be helped because it is weather related, but I do think they should help to do more for families, especially ones with young children,” she added.

All I want is for the kids to be warm.

A spokesperson for SP Energy Networkers said: “Against these conditions, we’re committed to getting customers without power back on as quickly and safely as we can.

“Since the beginning of the storm we’ve reconnected over 147,000 customers.

“Over the last few days, we’ve received an unprecedented volume of contacts from customers by both phone and social media, so we’d encourage you to check our website for updates where you can in the first instance.

“Importantly, if you or someone in your home is vulnerable, or in need of extra support, please make sure you call us on 105 to discuss support we can give you.

“It might take longer to answer your call, but our teams are here 24/7 to speak to as many customers as possible.”

In a statement on Sunday night, Guy Jefferson, chief operating officer for SP Energy Networks, added: “I wanted to reach out to our customers today so that we could update you on the latest situation with regards to Storm Arwen.

“I want to first emphasis how seriously we are taking this situation and that we are working very hard to get our customers back on supply, but apologise to those who have not yet got their power back.