A HOMEOWNER has revealed how they got into a dispute with their neighbour after putting up a fence to gain some privacy.

Taking to Reddit the man asked whether he had been an ‘a**hole’ for erecting the fence, worrying he had spoiled his neighbour’s view of their garden.

A homeowner put up a fence to keep his nosey neighbour from peering into their gardenCredit: Getty

In his post, he explained that his neighbour has a small back garden but a rather large front garden with their fire pit and patio just feet away from his own land.

“I have always wanted more privacy in general for my backyard as it’s totally open all around,” he wrote.

“We put up a fence along the side of the yard that butts up to the neighbour’s small back yard, and are going to plant privacy trees along other parts of our yard.

“The fence will help several things, mainly privacy and keeping our young kids from running around to the front of the house or falling down a drop off near our driveway. 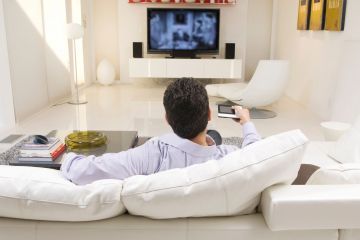 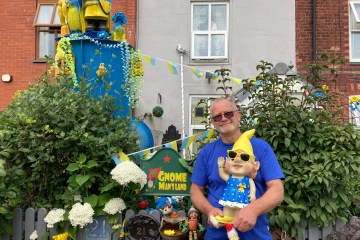 “My main concern is that the fence is 6’ and blocks my neighbours view of our backyard, making them feel boxed in.”

The bloke continues to explain that upon hearing about the plans for the fence the neighbour had called the city zoning inspector – claiming that the fence was too close to his property.

The Redditor continued: “According to the zoning inspector, our neighbour was more than displeased.

“The inspector came out and discovered that our fence is 5’ off the property line – the minimum is 3’ so we are in the clear by two whole feet.

“As the inspector was measuring, he discovered that our neighbour built a fire pit a few years ago that is sitting partially on my property, in violation of the zoning ordinance.

“I really don’t care and am not going to say anything to the homeowners…as long as their fires don’t burn down our fence.”

He finished by explaining that he had sent a text to his neighbour explaining why the fence had gone up, but they hadn’t heard anything back from the neighbour.

Fellow Redditors were quick to reassure the man that he was not an a**hole and rather that his neighbour was.

One wrote: “If they didn’t want their backyard to feel small they shouldn’t have bought a house with a small backyard.”

“To be honest, I would report the fire pit as it is a liability for you and the fence,” added another.

A third commented: “As he built his firepit on your land without consideration for you and it just comes off as hypocritical.”