A WOMAN revealed that she pooed on her date’s floor by accident and he kicked it out of the way thinking it was mud – but it got so much worse.

Tiktok user Ken said she was feeling sick but decided to go on a date anyway and her followers just can’t believe what happened.

Ken told the hilarious story to her followers on TiktokCredit: @ken.eurich/TikTok 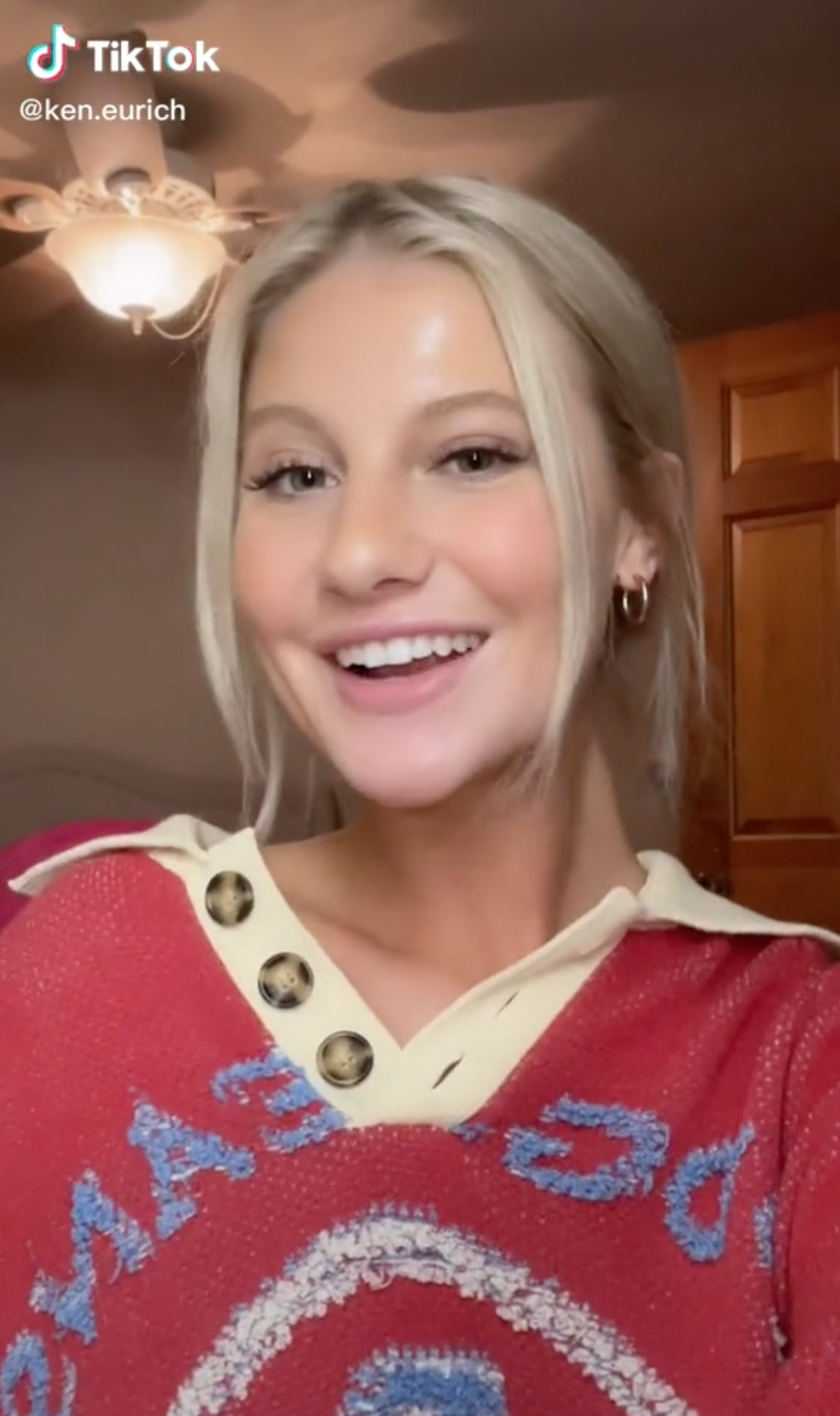 She said she was mortified but she had to laugh about itCredit: @ken.eurich/TikTok

She explained: “On Friday, I threw up four times. I was super sick. Didn’t feel good. And this guy kept asking me to come over and I was like: ‘No, I don’t really feel good.’ He was like: ‘No, come over, I’ll make you soup.’

“So, yesterday I make the trip to his home. I do not feel good and I tell him that.”

After eating the soup her date made for her, Ken said her stomach felt weak.

She continued: “I’m like squatting on his floor, I’m over a bucket, and I fart.

So I’m like: ‘Oh my god I nearly just s*** myself, I’m going to go to the bathroom.’ And I come back, and he kicks something on the floor thinking it’s mud. That’s what he said.

“We all know where this story is going. It wasn’t mud. I straight up sharted on his floor.”

Ken said the man responded extremely well under the circumstances.

She described: “He cleaned it up, like a true gentleman, and I was mortified but I was like, you know what, this is crazy, I have no words.”

Unfortunately, the story doesn’t end there.

The next day, Ken said she woke up feeling great, but things were about to take a turn for the worse when she and her date were play-fighting.

She said: “I’m sitting on his bed, we’re laughing, horsing around before I leave, and he hits me.

“I kind of tooted when he hit me. And I would love to tell you that this was just a little innocent toot.

“I full blown s*** myself. And when I say s*** myself, I mean all through my pyjamas, all down my leg, all over this man’s bed, on his wall.

“I shouldn’t be laughing about it. I just don’t know if I’ll ever be able to recover from it.”

The mortifying story amassed 2.1 million views and commenters were left in total shock.

“THE WAY IT JUST KEPT GETTING WORSE”, said one commenter, while another wrote: “I would disappear without a trace if this happened to me.”

Ken said that the embarrassing experience hasn’t ruined her relationship with her date and he even called her to tell her not to stress out about any of it.

“You have to marry that man”, advised one viewer.

For more relationship stories: ”I have amazing sex with my big squishy man – people stare when we are out and think I’m a gold-digger.”

Plus, a relationship woman reveals what EVERY woman needs to be in order to have a happy relationship.