BREASTFEEDING a child can be hard work – although many praise its benefits and the close bond it gives a mother and a child, it can be very demanding for a parent.

But one woman has taken to TikTok to reveal that she lets her friend breastfeed her baby.

TikTok user Grace explained that when she drinks alcohol, she lets her friend breastfeed her childCredit: tiktok/@gregariously_grace 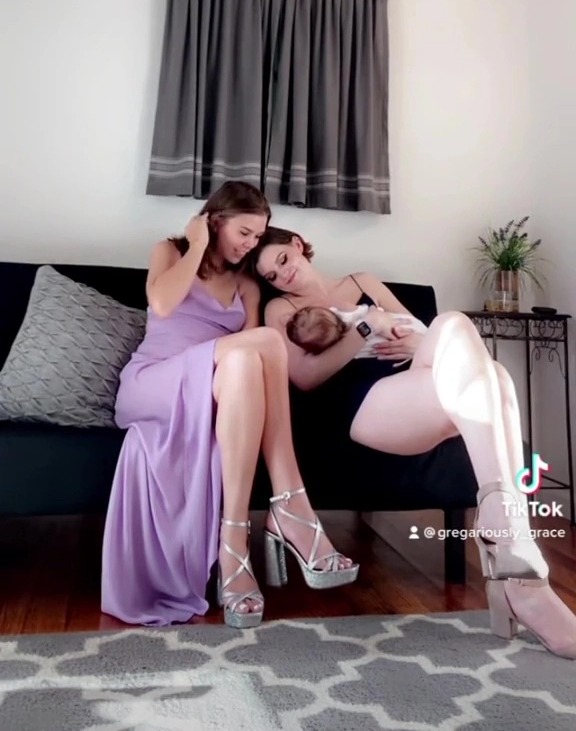 TikTok user ‘gregariously_grace’ has 105.5k followers and 7.1million likes and took to the social media platform to explain her situation.

Grace explained that if she has had a few alcoholic drinks, she will let her friend breastfeed her baby for her.

Grace said: “When you’re a few drinks in so you let your friend nurse your baby.”

In Grace’s video, we see her sitting with her friend, who is breastfeeding her child. 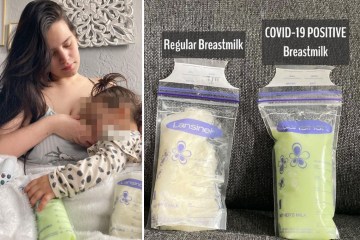 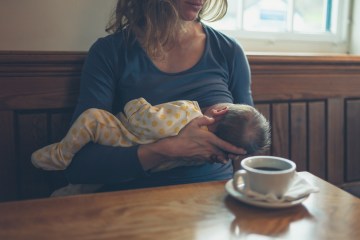 The two women are smiling and Grace strokes her baby’s head.

One person asked: “I don’t get it, why is your friend breastfeeding your baby? You can have a drink and feed at the same time!”.

Following the comment, Grace made a follow-up video, of her friend breastfeeding her baby, on a separate occasion.

Grace explained: “My friend has a seven month old, her baby is out of state for the weekend.

“I let her nurse him to strengthen his immune system and also to relieve her.

“It is absolutely ok to drink and nurse, if you’re feeling sober enough to drive you can nurse.

“I trust her to breastfeed my baby because she breastfeeds her own.”

In just one day of being live on TikTok, Grace’s original video has quickly racked up a whopping 742.5k views.

TikTok users were left divided over how they felt about Grace letting her friend breastfeed her child.

Many said that they would not be comfortable letting anyone else breastfeed their child, regardless if it was a friend or family member.

One person said: “Would never want anyone else to feed my baby. Guess I‘m a jealous mom.”

Another added: “Wow I’m surprised how many people support this, not sure I’d be keen but fair enough!”

A third commented: “For some reason the thought of someone else feeding my baby always made me so uncomfortable. Definitely a hang up for me!”

However, there were some TikTok users that thought it was lovely that the woman would do such a thing for her friend.

One TikTok user stated: “This is actually beautiful.”

A second commented: “I’ve done this for a friend! Such a blessing to be able to be trusted that much.”

A third added: “This is the most beautiful gesture ever.”

According to the NHS, anything you eat or drink while you’re breastfeeding can find its way into your breast milk, and that includes alcohol.

The NHS explained that: ‘An occasional drink is unlikely to harm your breastfed baby.

‘But never share a bed or sofa with your baby if you have drunk any alcohol.’