MOST people will agree that losing your virginity can be an awkward or uncomfortable experience.

But for 22-year-old Sumaiya Ahmed it was nothing short of horrific. 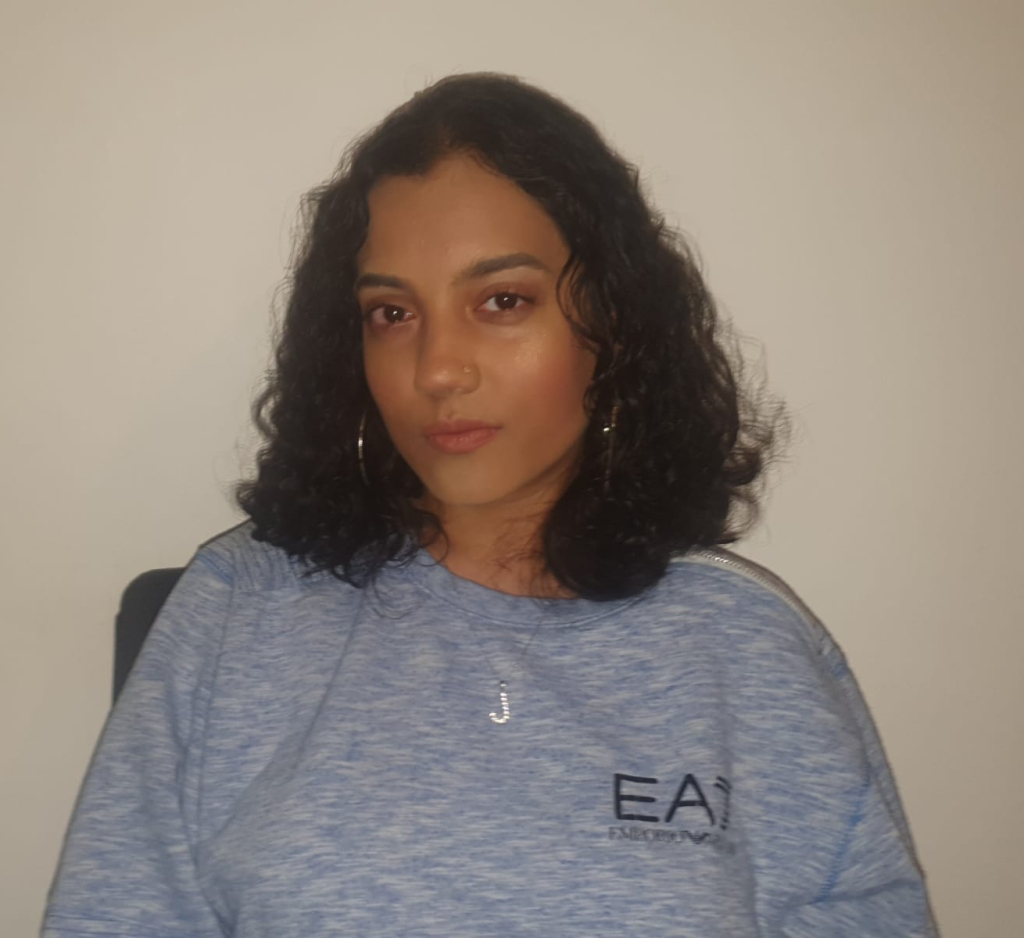 Sumaiya Ahmed lost her virginity at 17 and it was an experience to remember for all the wrong reasonsCredit: Sumaiya Ahmed

You know how everyone always says you’ll remember the first time you have sex? Well,
unfortunately for me, it’s an event I’ll never forget.

Not because it was uncomfortably awkward or something went into the wrong hole, but because it resulted in me being admitted into the hospital for two nights.

I honestly thought I was going to die. 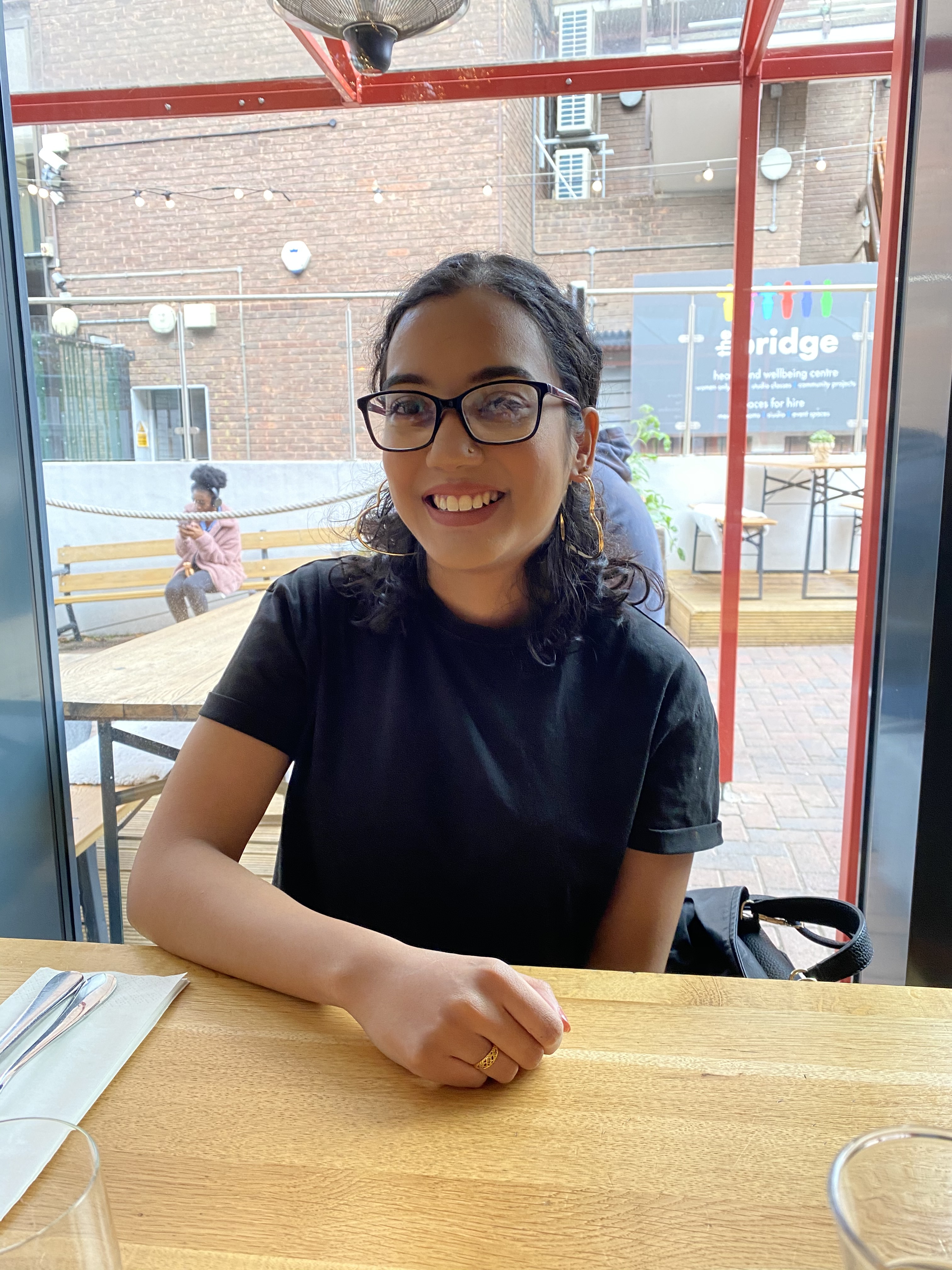 Sumaiya was admitted to hospital after excessive bleeding occurred during her first timeCredit: Sumaiya Ahmed

It’s a day I vividly remember, partly because I probably would’ve bled to death and partly because it’s Zayn Malik’s birthday. (Shout out to the king of pop).

That day, my boyfriend at the time booked a hotel room local to him. Even though I knew that, I hadn’t really expected losing my virginity – just thought we’d do ‘other stuff’.

We’d only started talking again four weeks before, after a few months of him disappearing without a word.

It was something I was used to, and even though by the time we got to the hotel room and things began progressing, I felt anxious and jittery, I let it happen.

I didn’t want to lose him again.

He didn’t really touch me anywhere except my boobs – there was no foreplay for me, so it was no wonder that I wasn’t remotely turned on.

The urge to scream was clawing away at my stomach

The moment he put it in, it was like a sharp, piercing pain and I couldn’t even attempt holding back my scream.

It was a horrible pain, but I thought this was what it was like.

I’d grown up believing that losing your virginity was an activity that was synonymous with pain – it’s meant to hurt, I told myself silently, fighting back tears and forcing down the nausea creeping up.

“You didn’t tell me you were on your period,” he said in an accusatory tone.

“I’m not,” I replied, confusion flickering through me. He moved back and looked down.

There was blood sinking into the bed-sheets and dripping onto the carpet. 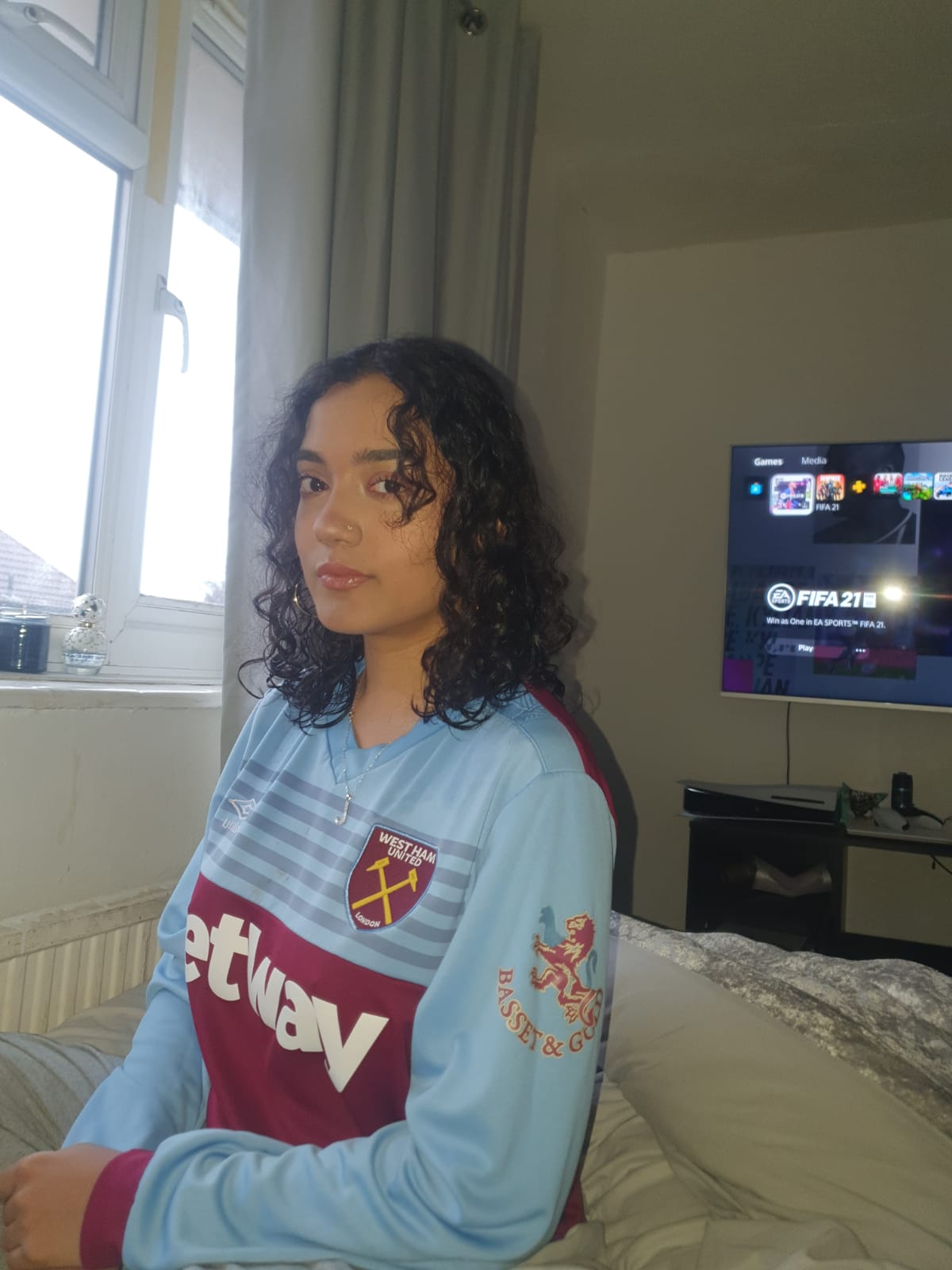 Sumaiya’s bleeding was caused by tears in her vaginal wall, because she hadn’t been ready for penetrationCredit: Sumaiya Ahmed

I sat up, the pain having subsided. But blood continued to spill out of me. It was like a waterfall of red.

I pulled back the bed-sheet, praying the blood hadn’t sunk through to the mattress, but it had.

As I stood, it dripped down my legs and onto the floor. I heard him ask me what all this blood was, “you’re obviously on your period.”

I didn’t know what it was – it was obviously fresh blood, too thin to be a period and smelt completely different.

The urge to scream was clawing away at my stomach. Keeping my legs together, I ran into the en-suite bathroom and into the bath, watching as blood continued to fall as I ran the shower.

When I looked away from the red water, I noticed bloodstained prints on the edge of the bathtub and the taps, as well as the shower pipe.

I’d asked him to get me some pads from the local Superdrug and by the time he came back, the bleeding only increased. 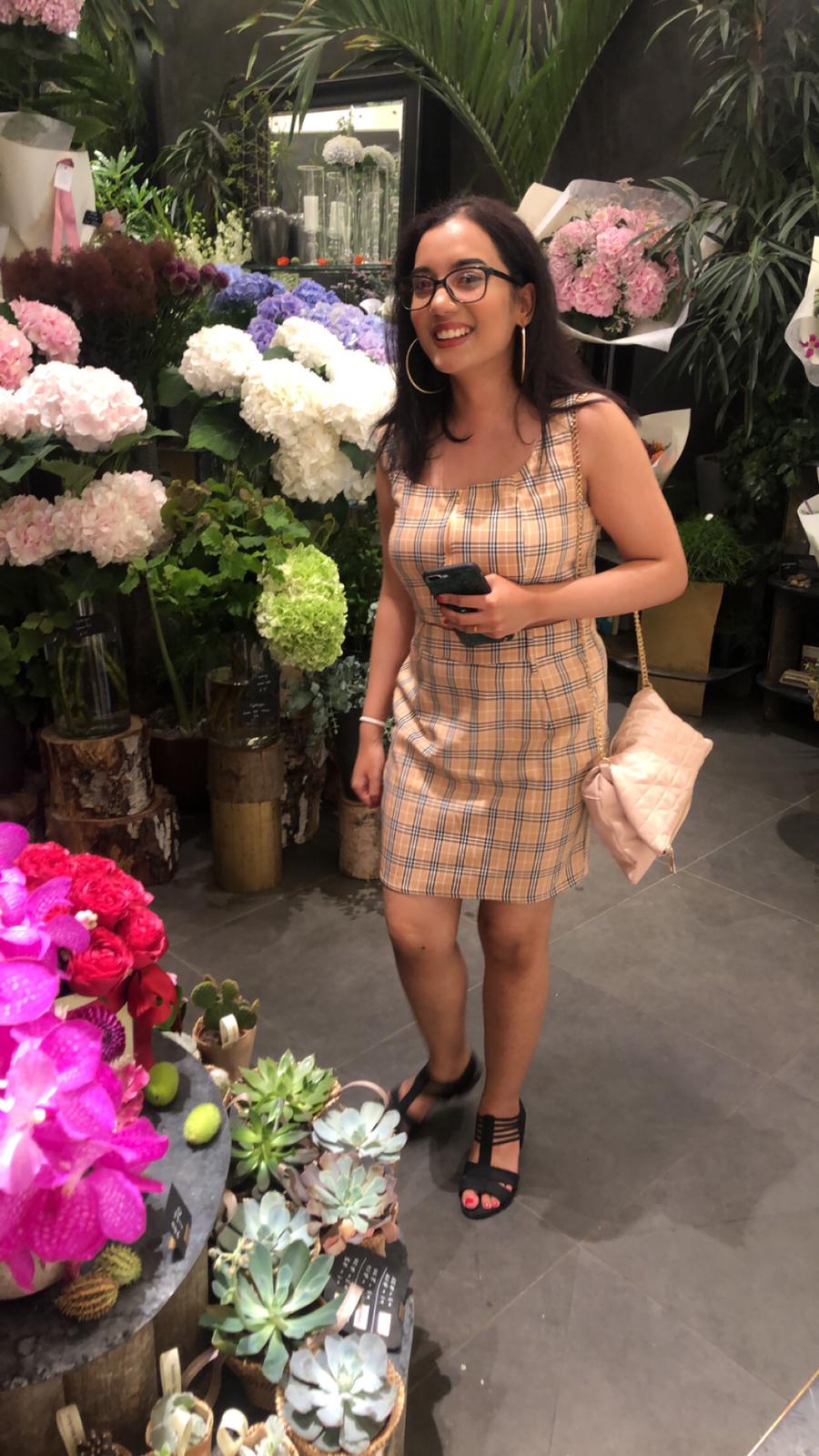 Sumaiya went through six sanitary towels before making it to the hospitalCredit: Sumaiya Ahmed

When I’d been standing in the bath, to wash the rest of my body, a pretty big clot splashed down into the water.

I felt terrified seeing that – at the time I hadn’t known it was a clot; I thought something inside me had come out. I was shaking and felt sick.

After he’d come back and I’d gone through six pads, we called 111. They asked if the sex
was consensual and to describe what had happened.

“We started having sex and it was a really bad pain,” I said. “And then I just started bleeding
and it doesn’t stop. I’ve used six pads already, even with two stacked together.”

They asked if I felt dizzy or faint at all, and right as I was asked that, I could feel myself beginning to sway and my whole body felt like it was experiencing pins and needles.

He grabbed me before I fell and started speaking to the operator, and helped me to sit down.

The person told me to go to a walk-in centre for immediate help. 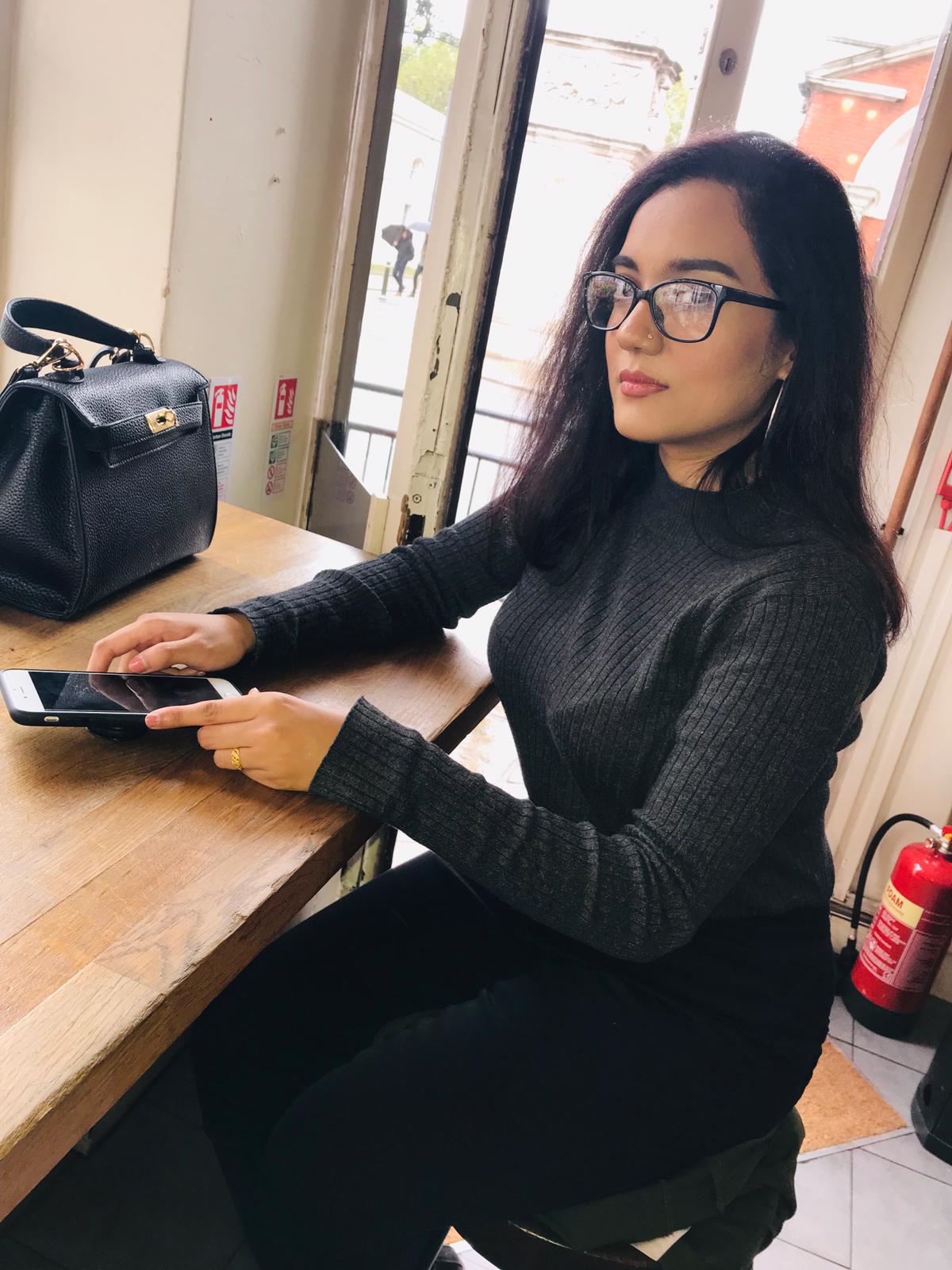 Sumaiya only discussed the incident with friends as her parents didn’t approve of sex before marriageCredit: Sumaiya Ahmed

In the walk-in centre, while we were queuing up, I nearly fainted again and my phone slipped out of my hands.

This sped up the process of being seen by a nurse, who asked a few questions.

During this whole time, he wasn’t speaking to me – he seemed pretty annoyed. I just wanted to cry.

In the walk-in centre, I had to go to the bathroom to change my pad again.

The nurse said I would need to go to A&E as they didn’t have the equipment needed to find out what was wrong.

On the way there, alone in the Uber he got for me, I nearly passed out again. The driver had to pull over and get me some cereal bars and a water bottle, which helped.

During this whole time, he wasn’t speaking to me – he seemed pretty annoyed. I just wanted to cry.

I’m pretty sure I cried when thanking him. While I was waiting, I managed to contact my best friend, asking her to come.

After talking to a revolving door of nurses and gynaecologists, and a nurse using a cystoscope to see inside, I was told that I had a tear on both my vaginal walls.

It could’ve happened because I wasn’t ready or aroused, or because the penetration was too rough.

By this time, my best friend had arrived, and a few minutes after, she and a nurse had to hold my legs apart as another nurse inserted a massive gauze into my vagina.

One of the medical staff said that if the bleeding still didn’t stop, then I would need to have surgery.

The entire time, I kept thinking I should’ve listened to my mum.

Sex was taboo in the South Asian culture – we couldn’t even mention the word. I was brought up with the belief to never do it before marriage, because it will taint my honour.

Sex is the only thing boys – or men – want, and once they have it, they’ll disappear.

“They’ll promise you the world,” my mum said in Bangla when I was 15. 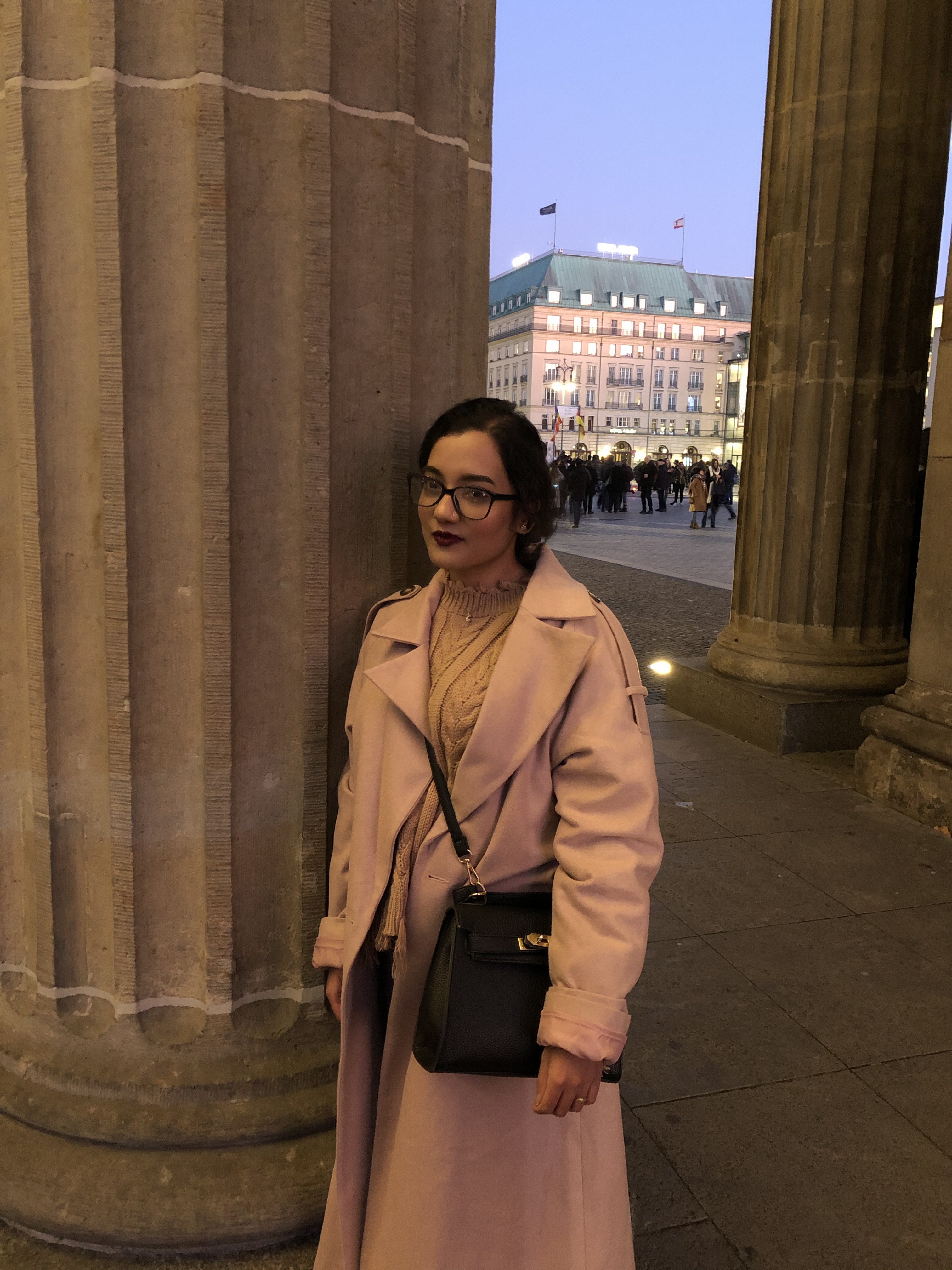 “They’ll promise you they’ll marry you, they love you, all so you have sex with them. Then when you do, they will break all their promises and leave you. Sex is only meant to be between a husband and wife.”

I was thinking that maybe my injury was the universe’s way of punishing me for going against everything I’d been taught, by my culture, my parents, by society.

Sex wasn’t something we were supposed to do, especially before marriage. I was taught that it was something taken from us, instead of something we women partake in ourselves, something for our own enjoyment.

The next day, my bleeding had stopped, but I was exhausted. A nurse had been checking my blood pressure, temperature and doing a blood test every two-to-three hours.

A gynaecologist came to talk to me and told her I never want to have sex again.

She laughed and said this isn’t how sex was supposed to be. “When you’re ready, it’ll be so much better,” she assured me. I wasn’t sure that was true, but agreed.

There is a dire need for more conversations on sex and all the pressures and expectations attached to it, especially for young girls

They took the gauze out that evening, which was just as painful as when it was inserted.

I was discharged the following day. I couldn’t talk about this experience with anyone, except my friends.

When talking to them, one of them told me that the first time she had sex, it had really hurt.

Another friend told me she cried during her first time because of the pain.

If anything, as traumatic as this experience was, I learnt about the importance of foreplay and being turned on – you need to feel comfortable during sex.

A survey of over 3,000 women highlighted that one-third were not ready for their first time having sex, and 22 per cent wished they waited.

And over 51 per cent of these women said their first time having sex hurt, and half said they were really nervous or scared beforehand.

First time sex isn’t entirely painful and not every woman will bleed.

I had tears in my vagina because I wasn’t comfortable or turned on, and the experience – what should’ve been enjoyable – was too rough, especially for a first time.

There is a dire need for more conversations on sex and all the pressures and expectations attached to it, especially for young girls.

Schools need to use pleasure-led sex education and discuss the importance of consent and being ready – which is hugely necessary for teens hitting puberty so they can explore their sexuality safely – instead of solely focusing on abstinence and using protection to prevent STIs.

Sumaiya Ahmed is a lifestyle journalist and writer, aiming to break down the boundaries of cultural stigma and shame attached to mental health and sexuality within the South Asian culture and bring marginalised topics to light.

New ‘consent’ condoms can only be opened by two people