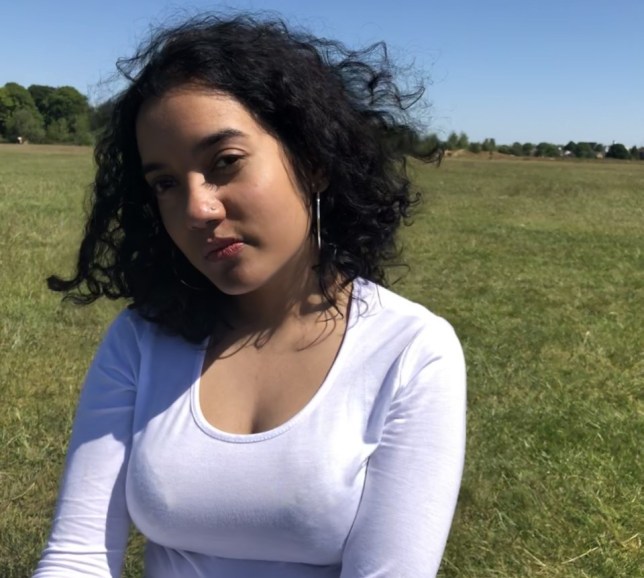 I was in my late teens when I first had sex (Picture: Sumaiya Ahmed)

My knuckles were white as I gripped the hospital bed rail.

Then tears slipped down my face as my best friend and a nurse held my legs apart, while another nurse inserted gauze into my vagina to try and stop the bleeding.

Everyone always says you’ll remember the first time you have sex, but I’d thought it would be because of how awkward it would be. My first time featured a blood-stained bed, carpet, bathtub and three different hospital rooms.

So after my disastrous first time, I want to make sure others don’t have to go through the same thing – and that starts with this cautionary tale and a call for better sex education for all.

I was in my late teens when I first had sex with a boy I was dating at the time.

On that fateful day, he’d booked a hotel room but it never even crossed my mind that I’d lose my virginity. Needless to say, I was completely unprepared for it.

Even before we got to the room, I was nervous to the point of feeling nauseous. He made me feel too anxious and jittery. I didn’t know how to behave or what to even say around him – I felt awkward.

As we got down to it, there was no foreplay for me and he didn’t touch me anywhere other than my chest. Looking back, I should’ve seen this could cause issues.

It felt like a piercing pain when he put it in and I remember thinking that something was wrong, but I didn’t know what. He asked if I was on my period and I said no.

At the sight of the blood, panic flooded my system – I felt scared and anxious. It looked completely different to period blood, in the sense that it was more fresh and looked like it was never-ending. 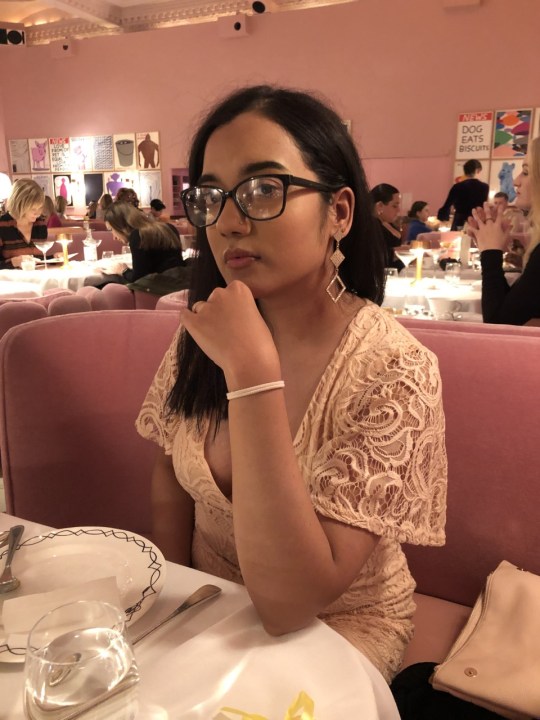 There was pain and there was blood (Picture: Sumaiya Ahmed)

He asked: ‘Why are you bleeding so much?’

I didn’t know the answer. I felt shaken.

There was pain and there was blood, but the blood made the room look like a crime scene. It spilled everywhere in a gushing waterfall, staining through the bedspread and into the mattress, down the sides of the bed frame and onto the carpet.

After the bleeding started and we stopped having sex, I started using sanitary pads to try to stop the bleeding. When I got through six of them, I decided to call 111 and they asked if the sex was consensual and to describe the events that led up to it.

They told me to go to the nearest walk-in centre. At this point, I’d nearly fainted once and felt dizzy, like my entire body was experiencing pins and needles. My mouth was so dry. All I could think was that my family would kill me.

We went to the local walk-in centre – where they told me I had to go to A&E, I almost passed out, breaking my phone screen when it slipped out of my hand, as they didn’t have the equipment to find out what was wrong.

On the way there, alone, I nearly fainted again in the Uber – the driver had to pull over and get me a packet of cereal bars and a bottle of water, which helped. While in the waiting room, I’d managed to contact my best friend and by the time I’d been taken into one of the wards for serious injuries, she’d arrived.

When I arrived at A&E – about an hour and a half after the bleeding first started – I saw two gynaecologists and a revolving door of nurses – all women. One of the medical staff told me that if the bleeding didn’t stop by the next day, I would have to go into surgery.

‘You have a tear on both your vaginal walls,’ someone said to me after using a cystoscope to try to figure out what was wrong. They said it could’ve happened because the penetration was too rough or even because I wasn’t ready or turned on. After that, they all settled on using gauze to stop the bleeding.

By this point, I’d been bleeding for more than three hours and soaked through more than 10 sanitary pads even when two were used together. I find it oddly hilarious that I hadn’t got a drop of blood on my jeans.

One of the nurses helped me put on a pair of disposable maternity-style briefs and on the end of the bed, I spotted the red and black silk and lace thong I’d bought specially from Ann Summers. Fat lot of good it’s done me, I thought. 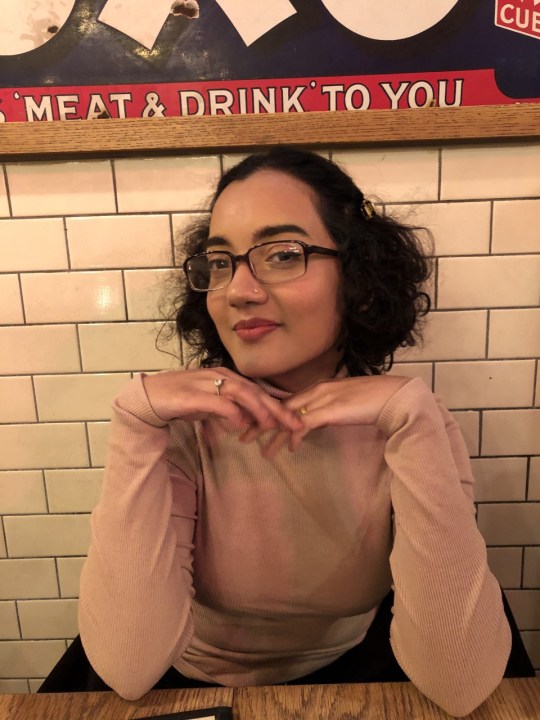 I spoke to a gynaecologist and told her I never want to have sex again (Picture: Sumaiya Ahmed)

I felt everything from panic and shock to amusement at everything that was unfolding. I ended up telling a nurse that I didn’t want my parents knowing I’d had sex because I wasn’t supposed to be having it.

I had my mother’s words ringing in my ears that I shouldn’t be having sex because it’s a taboo in our South Asian culture. We’re taught never to do it with anyone because it’s all boys – or men – want and once they get it, they leave.

‘They’ll make you all these promises,’ my mum told me in Bangla when I was 15. ‘They will tell you they love you or will marry you, so you have sex with them. But once you do, they will break every promise and leave.’

I went to sleep that night in the hospital feeling sick and frustrated. I also hadn’t been able to keep any food down and I couldn’t sleep either.

Every two to three hours, a nurse would check my blood pressure, do a blood test and take my temperature. I also had a catheter attached, which was extremely uncomfortable.

The next day in hospital, I spoke to a gynaecologist and told her I never want to have sex again. She laughed and said this isn’t how sex was supposed to be. ‘When you’re ready, it’ll be so much better,’ she assured me. I felt wary but nodded anyway.

I ended up staying in the hospital for two nights and the bleeding stopped the day after I was admitted – some time after eating lunch and throwing up a few times.

That night, they took the gauze out, which hurt almost as much as when they put it in. I was discharged the next day but because I’d told my parents I was staying at a friend’s house, I just went home and couldn’t really talk about it with them – or anyone in the family.

In conversations with friends afterwards, one of them told me that the first time she had sex, all she felt was just wetness everywhere and that it hurt. Another friend told me her first time really hurt too and she cried.

In a lot of ways, this experience taught me about the importance of foreplay and being turned on and of feeling comfortable during sex. It is really important to feel comfortable, relaxed and aroused, otherwise the whole thing can be an utter disaster. 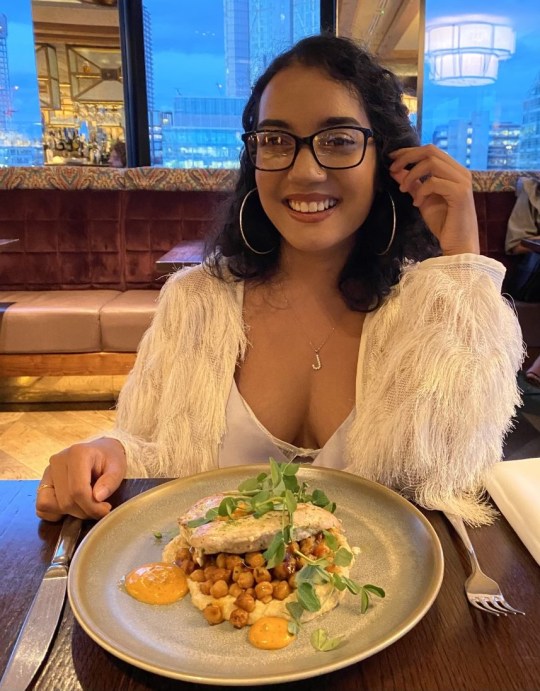 There needs to be a lot more discussion around sex – especially first time sex – and the pressures attached to it, particularly for young girls. A lot of schools focus on abstinence and using protection to prevent STIs instead of using a pleasure-led sex education, which is hugely necessary for teens hitting puberty and exploring their sexuality.

Had this been the case, I think I would’ve felt a lot more comfortable and been able to know my own body better. I would’ve felt confident enough to tell him what to do or what I liked, instead of thinking that sex was more for him and his pleasure or that first time sex was tied up with pain.

It is important for young women to understand that first time sex is definitely not meant to be inherently painful and not everyone bleeds.

I did because I believe I wasn’t properly comfortable or aroused. I was too in my head, anxious and nervous.

For a whole year, I didn’t have sex with anyone because I wanted to let my body heal and let myself get over him completely.

The second time I had sex it genuinely felt like it was the first time – but instead of it being painful, it felt more like an uncomfortable stretching, like a muscle that’s never been used before actually being used.

Sex now is a billion times better. Instead of being something that fills me with trepidation and nerves, it makes me happy and is exciting.

If I could go back and give my younger self some advice, I’d tell her not to do it with that guy and to wait until she was completely ready.

Far too often, us girls go through the motions and put someone else above our own desires or wants, when really we have to be selfish enough to demand our pleasure and have our needs met.