MIKEL Arteta can barely believe that James McArthur was not sent off for his volley-like kick on Bukayo Saka.

The Crystal Palace midfielder scythed down Saka with a brutal boot to the back of the leg – but only received a yellow card from referee Mike Dean. 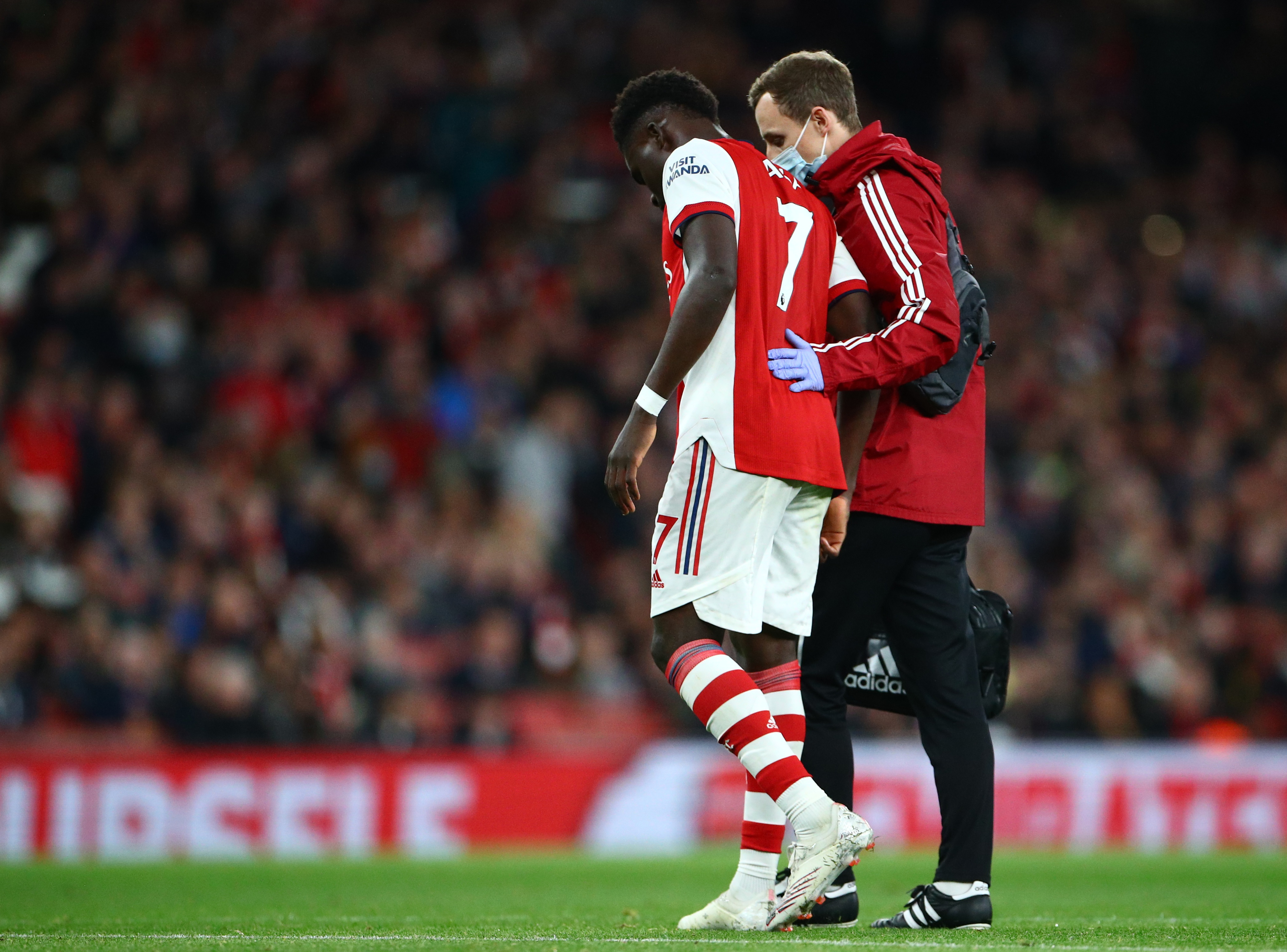 Saka hobbled off after being booted by McArthurCredit: Reuters

Saka cleared the ball from in front of McArthur and the Eagles midfielder followed-through with a thunderous boot to his calf.

VAR took no further action, and Arteta raged to Sky Sports: “If we want to detect things that are really relevant in a game and can change a football match, then they have to be looked at.

“That situation is not only affecting them, but we have to take the player off because of the action so it is affecting it two different ways. It is not right.

“You [need to] make a straight decision, when it is so clear and so obvious straight away and they have to play with 10 men.

“Bukayo could not continue, we had to take him off at half-time, I saw the action and I can’t believe how the player continued on the pitch.

“I don’t get it. With what we were explained at the start of the season and what happened tonight, it doesn’t make any sense.”

Arteta lamented the VAR team for not picking up on the challenge and recommending a harsher punishment for McArthur.

Peter Bankes was the man in charge of VAR for the game, with Neil Davies his assistant.

Saka was forced off injured at half time after the England star picked up a knock from McArthur’s challenge.

Palace boss Patrick Vieira channeled his inner Arsene Wenger by claiming he ‘didn’t see’ the incident when quizzed by reporters.

The Frenchman was on the verge of a brilliant victory at his old club until a last gasp equaliser from Alexandre Lacazette meant the points were shared.

But Gunners boss Arteta may now be without one of his brightest stars for his next fixture.

It’s not yet clear how long the 20-year-old will be out of action for.

His side have a little time to recover from Monday night’s dramatic 2-2 draw as they gear up to welcome Aston Villa to the Emirates on Friday.