COUPLES who can’t stand being apart for very long might rely on clone-a-willy to help get them through until they see each other again.

But the racy act has completely ruined the sex life for one loved up duo after the bloke saw himself from a whole new perspective.

The woman’s boyfriend refuses to have sex with her after realising how small his willy isCredit: Getty

The woman, however, admitted her bloke was less than impressed after seeing the end result, admitting it was, well, rather small.

So small in fact that he’s sworn of sex because of his so-called “micro-penis” but she reckons it’s “perfect” particularly because “I’m small too.”

The anonymous woman shared the ordeal on Reddit, according to The Daily Star, saying “He realised how small he is, and now he won’t have sex with me.”

She continued: “He’s always been insecure about his size. For as long as I’ve been sexually active with him, I’ve told him he’s perfect for me because I’m small too.”

He’s always been insecure about his size. For as long as I’ve been sexually active with him, I’ve told him he’s perfect for me because I’m small too.

And added that the clone-a-willy “intensely damaged his self-esteem.”

She explained that making the mould was difficult in itself as they had to “retry the kit four times” because he couldn’t, well, you know, stay in the mood.

“But him holding what he thinks is a micropenis (IT’S LITERALLY NOT) in his hand knowing it’s shaped like him has really messed with his head,” she said.

Begging for advice, the woman went on to say that her feelings for him haven’t changed and that it’s “not a big deal to me” but now she is “worried” about how he feels.

The woman was inundated with helpful comments, particularly from men, who offered advice on how her partner can find his confidence again.

One bloke suggested “measuring” himself and comparing it to “the averages” as he might be “pleasantly surprised” by the outcome.

But the original poster insisted he is “definitely below average” stressing that “it’s not terrible” – so that isn’t really an option.

Responding to comments the poster also said the product isn’t great anyway, so she can’t even use it to convince him that it’s fine. 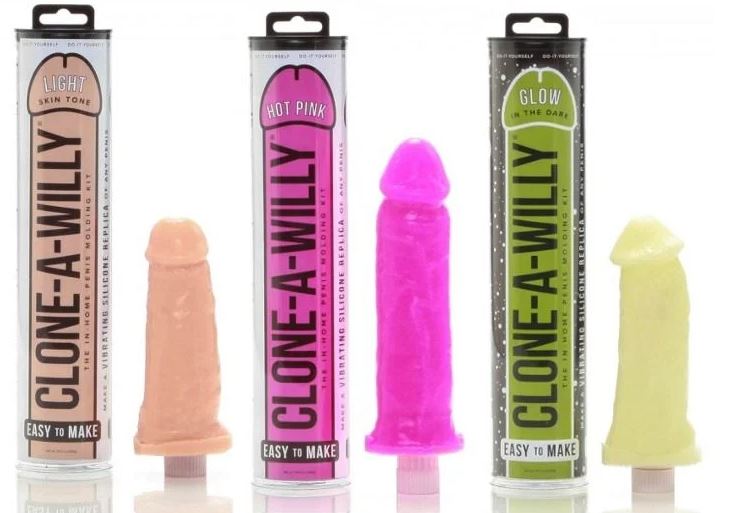 Clone-a-willy allows you to make a mould of your man’s penisCredit: wowcher

Previously, sexpert Nadia Bokody revealed the common lie told in the bedroom which is ‘hurting women’.

Meanwhile, a sexpert shared the four mistakes we’re all making in the bedroom and why you need to focus on “afterplay”.

Plus, this sexpert revealed the “sex window” men know nothing about and constantly miss with women on dates.