A MAN has come up with a device that stops his neighbour’s dog from barking but it has left the internet strongly divided.

Jon DeMaria, from San Diego, California, demonstrated his invention on his TikTok account, calling the device the “Dog Zapper 2000”. 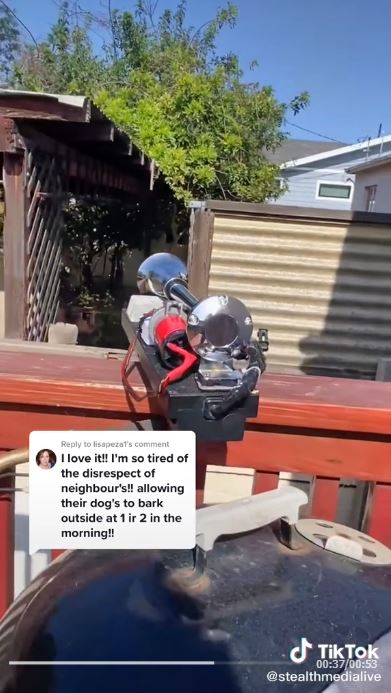 The ‘Dog Zapper 2000’ appears to be a remote-controlled air hornCredit: @stealthmedialive/tiktok

The device appears to be an air horn attached to the balcony at his home and works with a remote control to beep loudly every time the dog next door barks.

The brief clip was posted on @stealthmediaalive and had picked up some 1.7million views with some commentators saying he should pitch the idea on the show Dragon’s Den.

The footage though has left viewers strongly divided though.

While some have called John a “genius,” others say the idea is “aggravating” and a form of punishment. 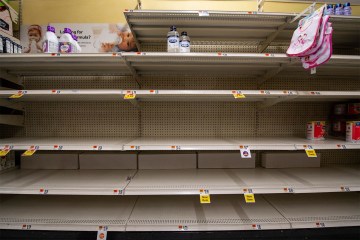 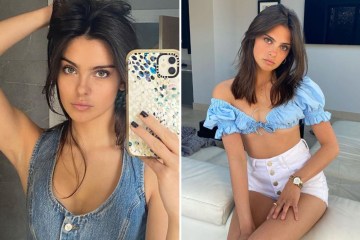 The video shows Jon speaking to the camera and saying: “So my neighbour got a dog, and the damn thing barks non-stop. I mean I roll over in my bed in my own room in my own house and this damn dog barks at me.

“So I went ahead and built this invention, the Dog Zapper 2000, have a look.

As he is talking the dog next door – possibly a German shepherd – barks loudly and Jon sets off the air horn.

Just a few seconds later the dog barks again and Jon presses the button once more.

TikTok users were sharply divided and took to the comments section to share their thoughts.

One wrote: “You are a genius! You should make and sell those! Actually I would take one! We had a neighbor who left their dog outside all day while he was at work.”

Another said: “I honestly need this in my life more than my washing machine or oven.”

A third added: “You need to retail it. Would make you rich my friend.”

A fourth person commented: “Ugh I wish I had the nerve, my neighbors are the same. Keeps me up all night.”

However, others were critical of Jon’s actions.

One person wrote: “lf it’s so bad… how does your neighbour sleep… your punishing an animal… rather have it removed to a shelter… than torment it.”

Another said: “So that’s actually called an interrupter in training eventually the dog will get worse good luck.”

When Jon originally shared the “Dog Zapper 2000” in October it picked up 3.3million views.

Since then he has met his neighbour’s dog, called Zoe, and is currently working on a new idea to keep her from barking.