IT may be many people’s biggest fear, but THIS woman’s partner cheated with her best friend while she was at work.

The viral video of the fight between Shauna, her former friend as well as her husband now has over 9 million views.

Shauna shared a nightmare situation with her Tiktok followersCredit: Tiktok/@shaunadonna20

Shauna shared the story on TikTok that lead to the explosive situation, and tbh, its pretty heartbreaking.

On the video platform Shauna said: “So I put the camera in the house because my gut just wasn’t sitting right. It wasn’t even about him or her, that never even crossed my mind I didn’t think that they were doing anything.

“I thought that he was sneaking somebody in like that he had previously cheated on me with, that’s why I put the camera in the house.

“So yesterday I was looking at the camera, come to find out, it this bitch and we’ve been friends for like four years, good friends, she needed somewhere to go, I let her move in.

Viewers waited with baited breath to see how the pair would react to Shauna’s confrontation and proof of their infidelity.

About the confrontation Shauna said: “It definitely went down, tusslin there and course they lied, said it didn’t happen. I didn’t get a chance to show them the video because we ended up fighting. They’re currently out of the house, gone.”

She then posted the moment she broke it to her friend that she knew about the betrayal and shared it on Tiktok.

To get her to appear on camera, Shauna told her friend they were making a video.

“So I got a question for you,” she said, “did you sleep with my man while I was at work?”

The friend was in shock so Shauna had to reiterate: “Yes or no did you sleep with my man while I was at work?

To which her friend, twirling her sweatpants string nervously says: “Why would I sleep with your man?

“You slept with my friend while I was at work?” Shauna yelled at her partner as he came into the room.

“What is y’all talking about?” he barked.

Shauna then said: “like I don’t got the footage” and then tumbled with her friend as her former partner shouted over the video and the trio escalated in to a physical fight.

The video now has over 9.1 million views and 1.1 million likes.

She had previously shown a video of her friend on her sofa, folding clothes, with the caption: “When you give your friend a place to stay and she sleeps with your man while your at work and they don’t know you know cuz you hid a camera.”

She told her 313.4k followers that she would confront both of them at the same time when her partner gets back home later that day.

Viewers in the comments told her to punish her friend with housework, saying: “Let her finish the laundry first though, maybe some dishes too.”

“Have her clean the entire house while you’re at it before you confront her.”

The comments section of the video discussed whether you should ever let a friend stay with you and a partner.

One commented: “Never have another woman living in your house with your man.”

Another viewer advised: “NEVER bring a 3rd party into your home…no matter how much ‘trust’ you got in them.” 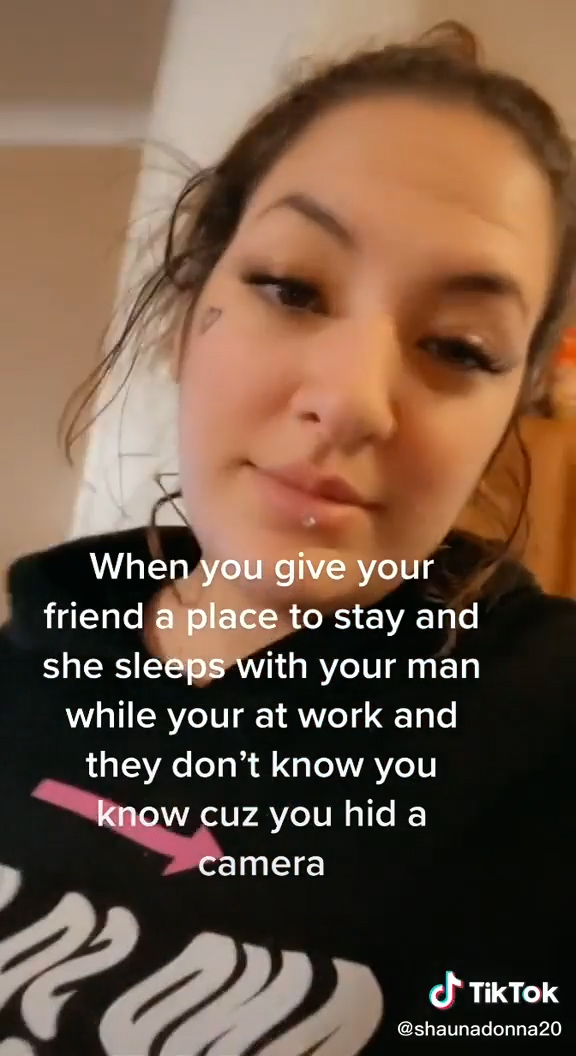 Shauna told her story in three parts on the appCredit: Tiktok/@shaunadonna20 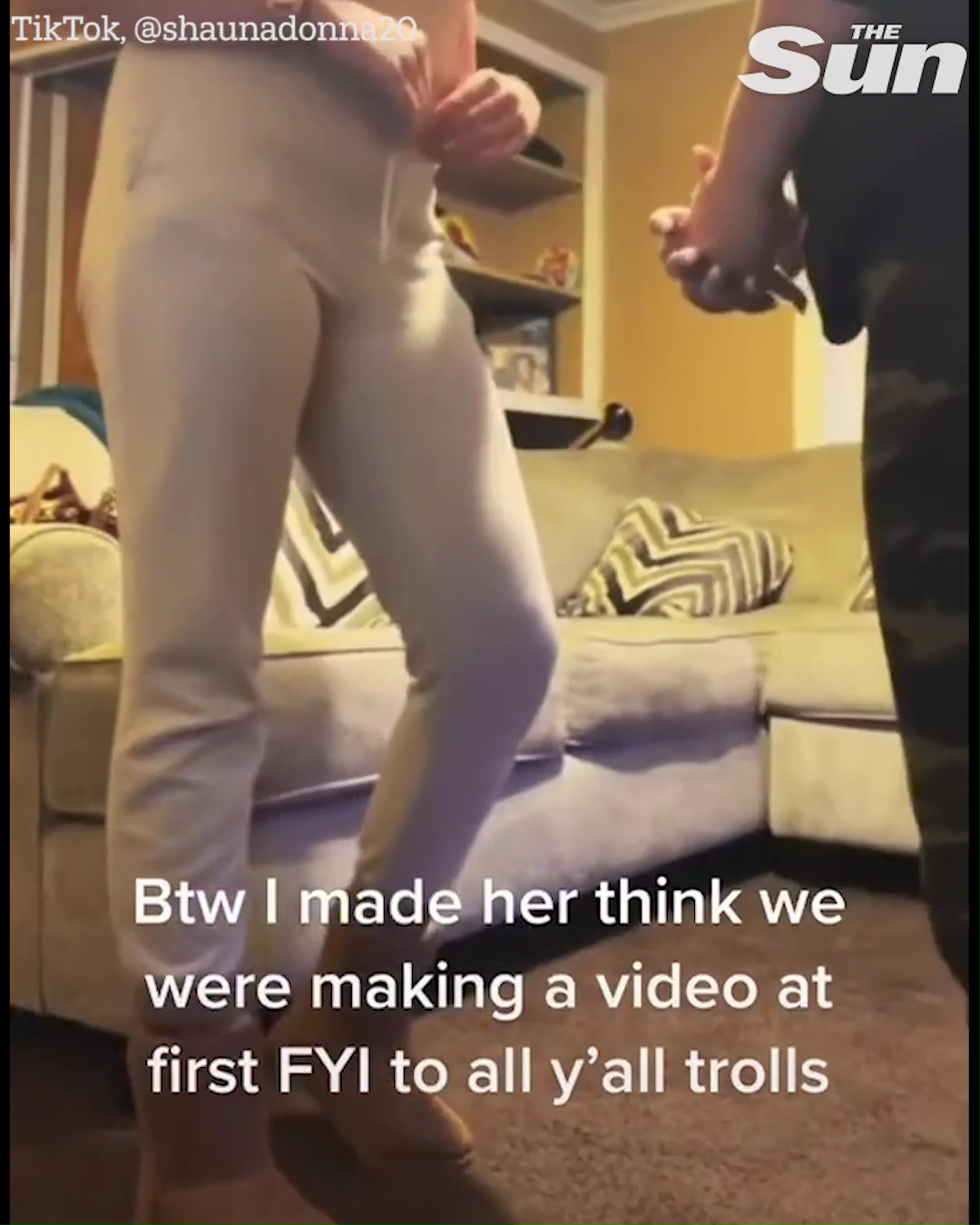 Shauna confronting her friend did not go as plannedCredit: Tiktok/@shaunadonna20 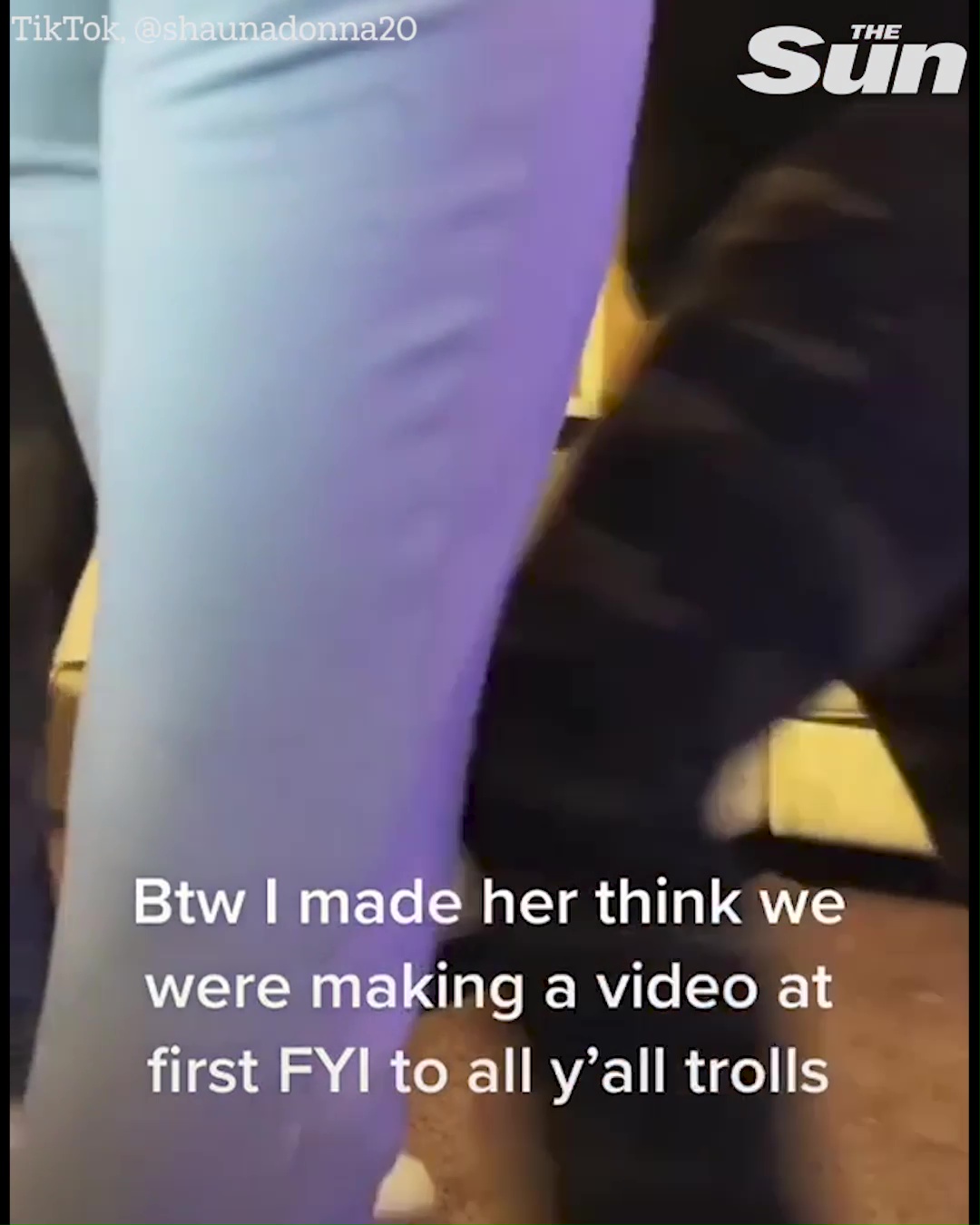 The conversation soon escalated into a fight as Shauna revealed she had proofCredit: Tiktok/@shaunadonna20

All women should have an affair one in their life – or so this woman says.

And in other relationship news, we told you how millions of Brits are racking up huge debts to pay for their weddings.

We also revealed how a Tory MP, 26, starred in a TV show with lover who is 35 years her senior.

And women are posing for kinky festive £300 photoshoots to make their other halves blush this Christmas.