A woman who came out as a lesbian to her husband after six years of marriage has revealed they both have the same taste in women.

Delivery driver Nicolette Popa, 26, from Wilmington, North Carolina, broke the news to husband Ryan, 27, who is a civil servant, that she was attracted to just women back in 2020.

Delivery driver Nicolette Popa, 26, from Wilmington, North Carolina, broke the news to husband Ryan, 27, who is a civil servant, that she was attracted to just women back in 2020Credit: @nswoof/Tiktok 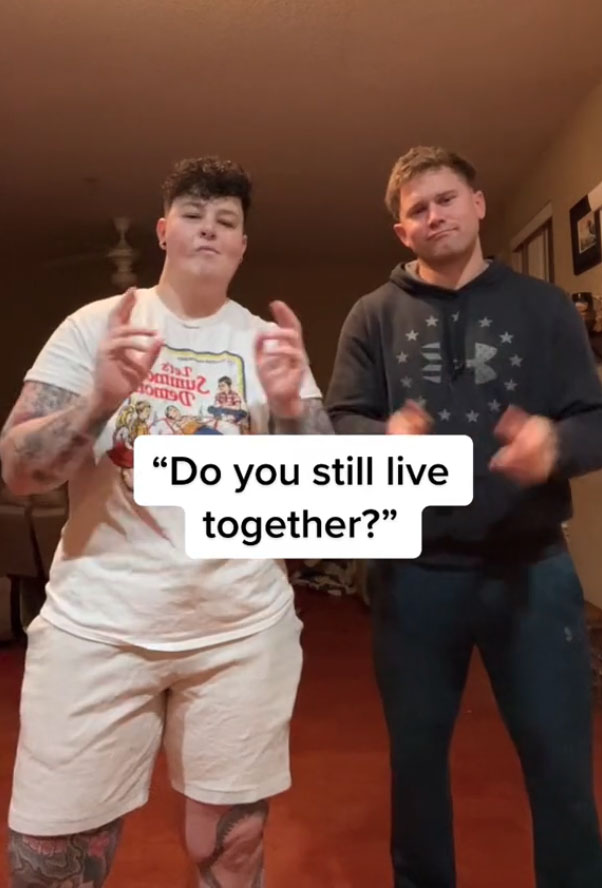 The duo took to TikTok to answer the most common questions they’re askedCredit: @nswoof/Tiktok

But rather than fall out over the surprise bombshell, the couple took to TikTok and explained how they have decided to remain living together so they can carry on co-parenting their two children, Jace, five, and lay, four.

The duo answered the most commonly asked questions about their relationship and revealed that they’re still married two years on.

And, in response to someone who asked whether they have the same taste in women, they replied: “Mostly, yes!”

Many were quick to take to the comments section to praise the married pair for their positive approach to the split.

“I love it when people normalise romantic relationships coming to and end but still maintaining the friendship especially with kids involved,” enthused one.

Another commented: “Honestly, I can’t see why it doesn’t work. U 2 are pretty awesome and lucky.”

A third penned: “Actual co parenting goals!” while a fourth agreed: “I love this so much!!!!!”

Elsewhere, another praised: “I think that’s amazing that not only y’all can get along for the kids but the fact that he respects you coming out.”

However, not everyone was quite as positive when it came to the comments.

“Why stay married then?” one asked, to which Nicolette replied: “Why not?”

Nicolette then addressed the trolls and urged: “Just like mama always said. If you don’t have anything nice to say, don’t say anything at all.” 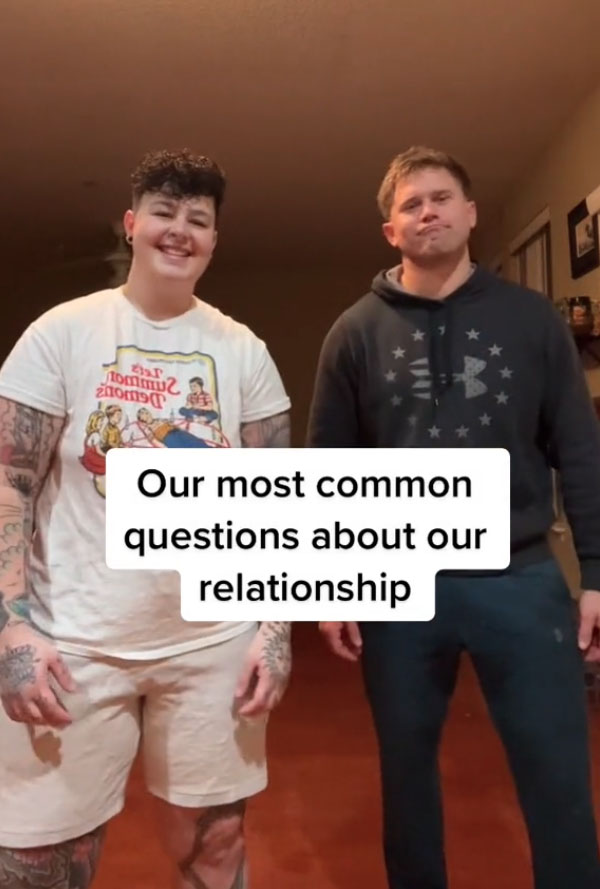 The pair told how they still live together so they can co-parent their childrenCredit: @nswoof/Tiktok

In other parenting news, this mum revealed she is seven months pregnant but her bump is so small trolls insist it’s just a food baby.

This savvy mum has figured out the simple steps to follow if you want to get your toddler to do what’s needed.

Plus, a parenting expert revealed the two things you must remember when talking to your kids about sex.