A MUM begged her daughter to get rid of her dog two weeks before it killed her, she has revealed.

Dot Robinson, 67, warned Joanne Robinson, 43, “something bad” was going to happen before the deadly attack.

Joanne Robinson was mauled to death by her dog at homeCredit: Supplied 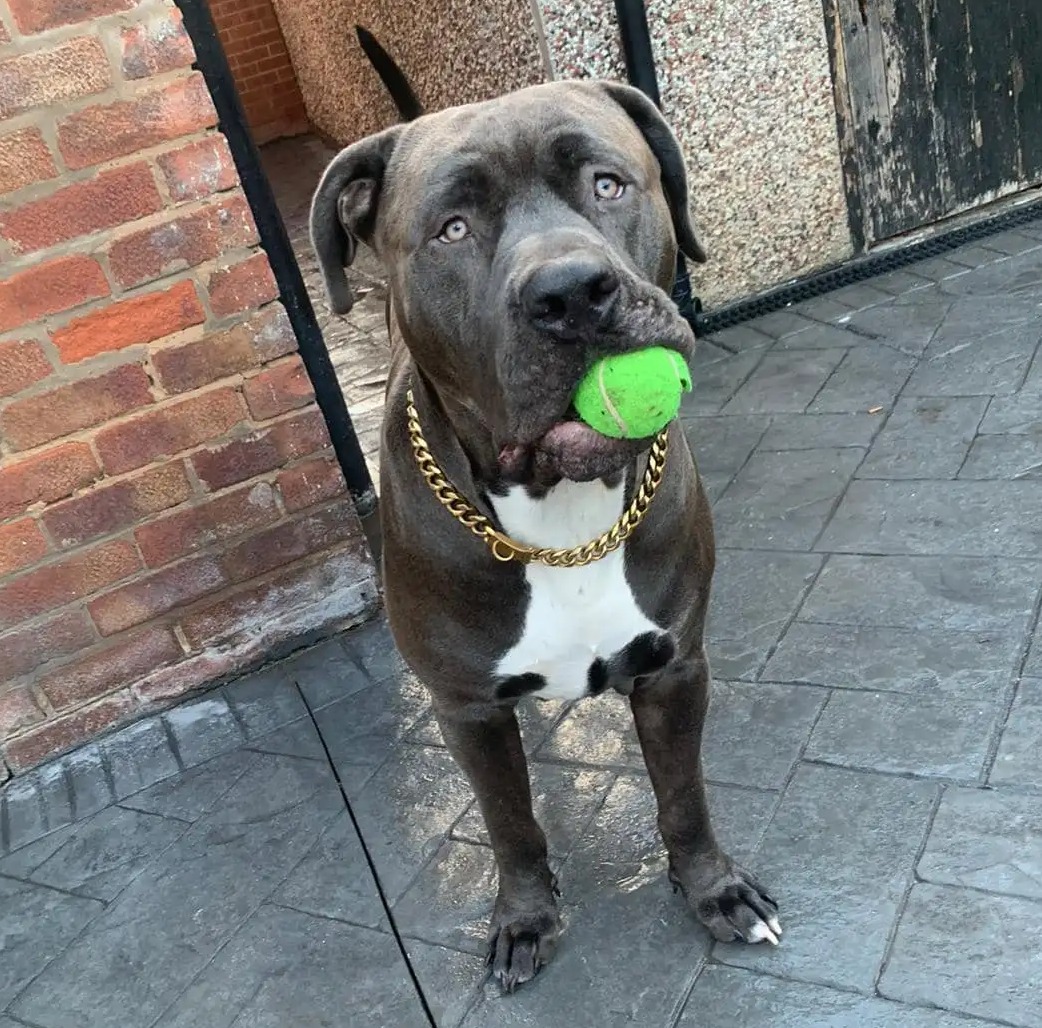 The XL ‘bully’ had started to fight with their other dog before the attackCredit: Supplied

She had seen the American XL ‘bully’ bulldog Rocco start fighting with their other dog but Joanne insisted: “I can’t give up on him mum!”

Rocco killed mum-of-two Joanne when he pinned her down in his jaws at her home in Rotherham, South Yorkshire.

Dot, of Wath-upon-Dearne, South Yorkshire, told the Mirror: “I warned her what would happen but she adored that dog.

“Our Jo had tried to do everything right but they were just so big and strong.”

Sister Vicky Robinson, 45, said she wishes Jo listened to them and got rid of Rocco, but added: “I never thought the dog would ever turn on them.”

There have been an increasing number of deadly dog attacks across Britain in recent years.

Gran Ann Dunn, 65, was mauled to death by a pack of out of control dogs in Liverpool on Monday.

And schoolboy Jack Lis died last November when a dog attacked him while playing with a friend in Caerphilly, South Wales.

Joanne paid £4,000 for Rocco at around eight weeks when she saw a breeder in Doncaster, Yorkshire, advertise him online.

Dot said the two dogs were “like her babies” but problems began when they started fighting last year.

They had to be separated, Jo had cancelled a holiday to stay with them and was preparing to pay £400 for a dog behaviourist to help.

Jo, a carer for young people with down syndrome, died after the attack in July.

Boyfriend Jamie Stead, 22, desperately tried to save her by fighting off the 18-month old pet.

He has undergone skin grafting for potentially life changing injuries to one hand and has suffered injuries to his other hand, abdomen and face.

He had phoned Dot asking her to come because the dogs had attacked them both. She said: “Oh bloody hell, not again.”

But she said she collapsed to the ground when she arrived at the house and realised Jo was dead.

She said: “We’re not coping. None of us. She would not have blamed Rocco for it though.

“Jo was like that, just lovely. She always picked up waifs and strays. She was a gem and was adored around here.

“She was my best mate. She was beautiful inside and out.”

Both dogs were killed after the attack.