HUGO Hammond’s family have thanked Love Island fans for their support after he broke down in tears in the villa.

The 22-year-old PE teacher came under fire from some of his fellow Islanders after he said he wasn’t attracted to “fake” girls during a challenge.

Hugo’s family shared this snap on his social media page

Sharon Gaffka and Faye Winter, who both confessed to having cosmetic surgery before entering the villa, slammed Hugo for his comments – making him cry.

But viewers at home were largely in support of the star, and flocked to social media to accuse the girls of “ganging up”.

Taking to Hugo’s Instagram page, which is being run by his loved ones while he’s on Love Island, his family shared a photo of the Islander flashing a peace sign.

They captioned the post: “All peace & love ❤️ Thank you for the support x” 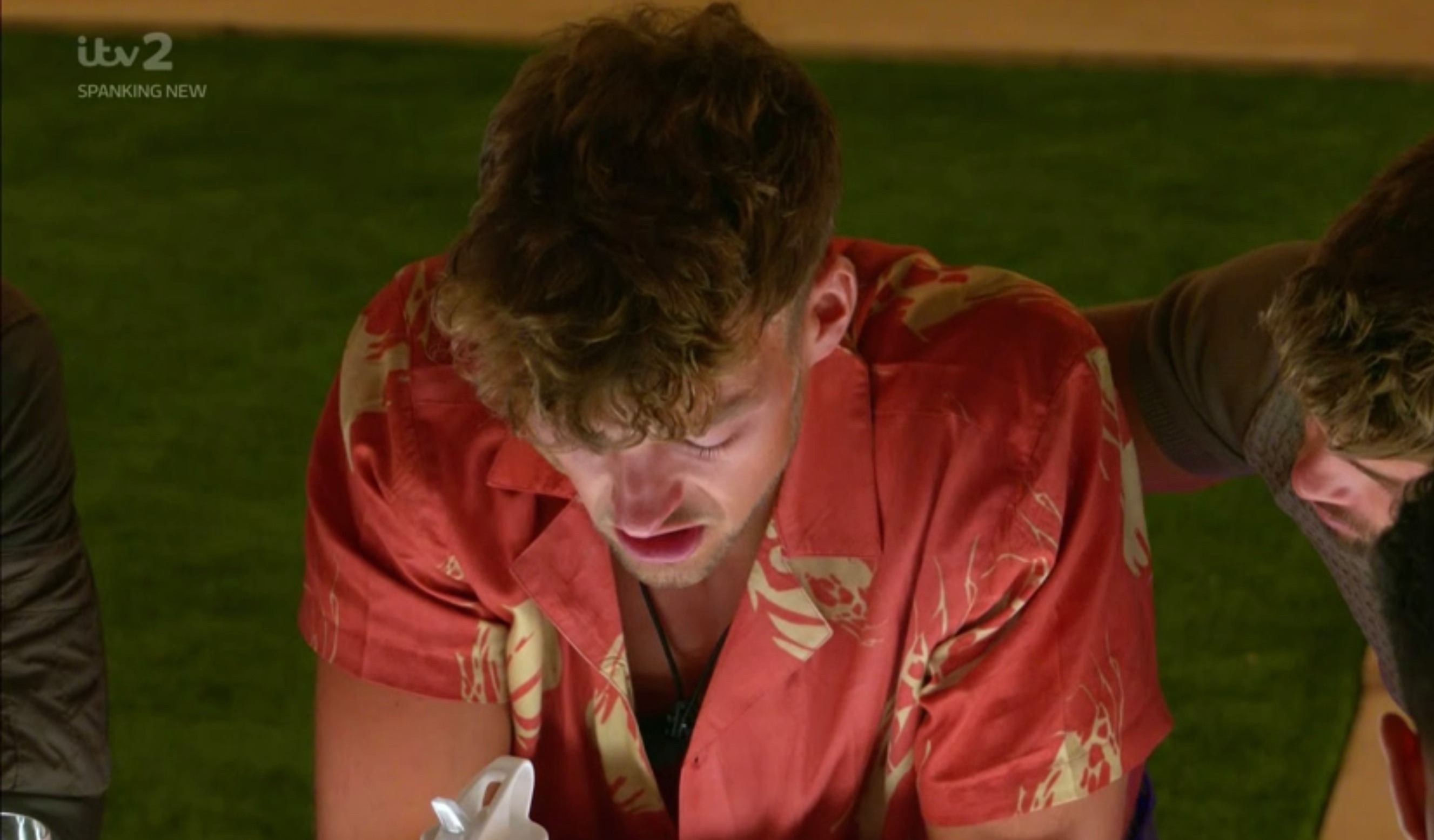 He broke down in tears in last night’s Love IslandCredit: Eroteme

His loved ones thanked fans for supporting him 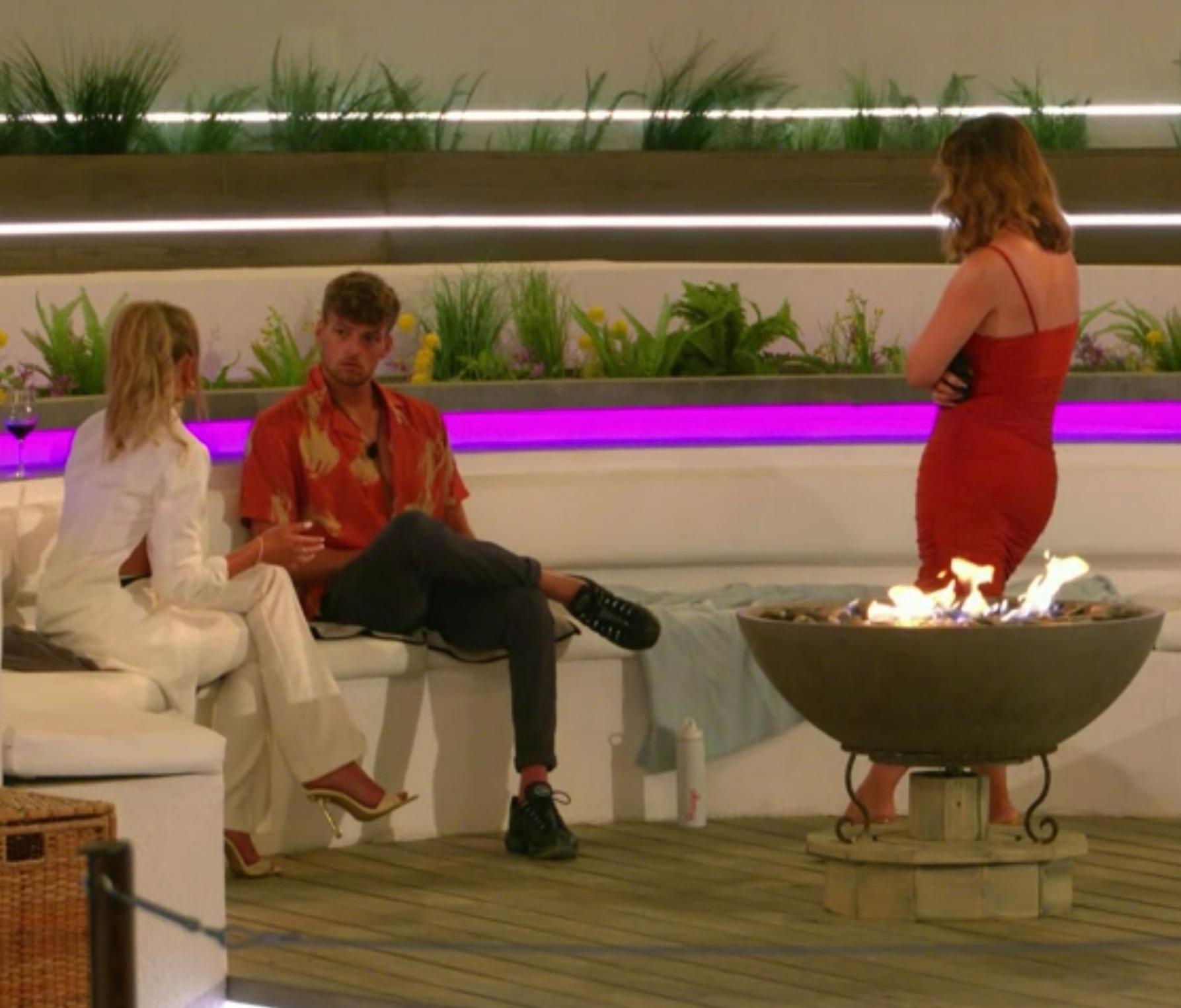 Sharon and Faye were accused of ‘ganging up’Credit: Eroteme

Tension was raised in last night’s episode when the couples played a game to test how well they know one another.

Hugo said he wasn’t a fan of “fake personality and looks” referring to women who’ve had plastic surgery.

Sharon and Faye had previously said they’d had lip filler and boob jobs, and were unhappy with his remarks. 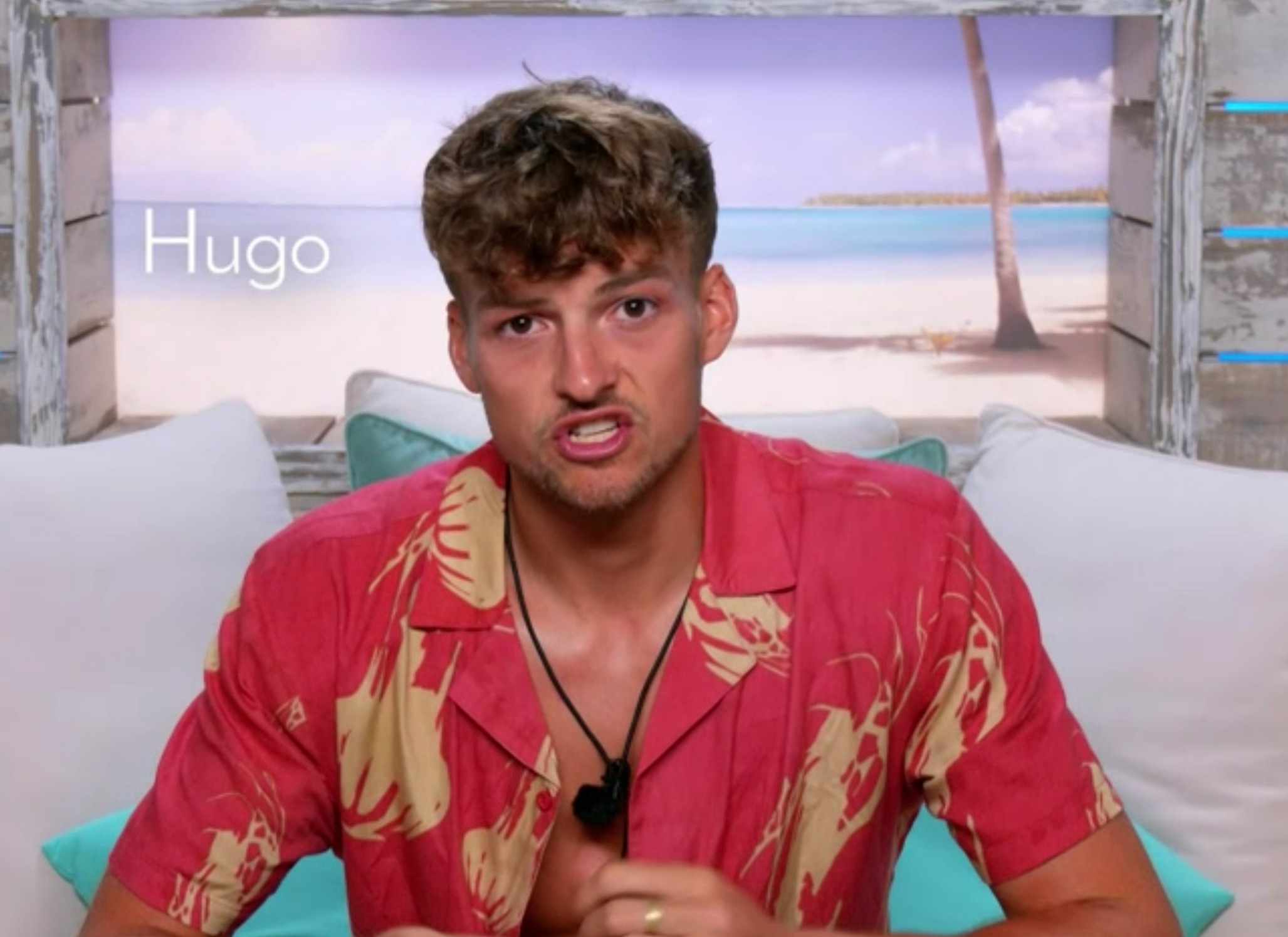 Hugo had said he wasn’t a fan of ‘fake’ girlsCredit: Eroteme 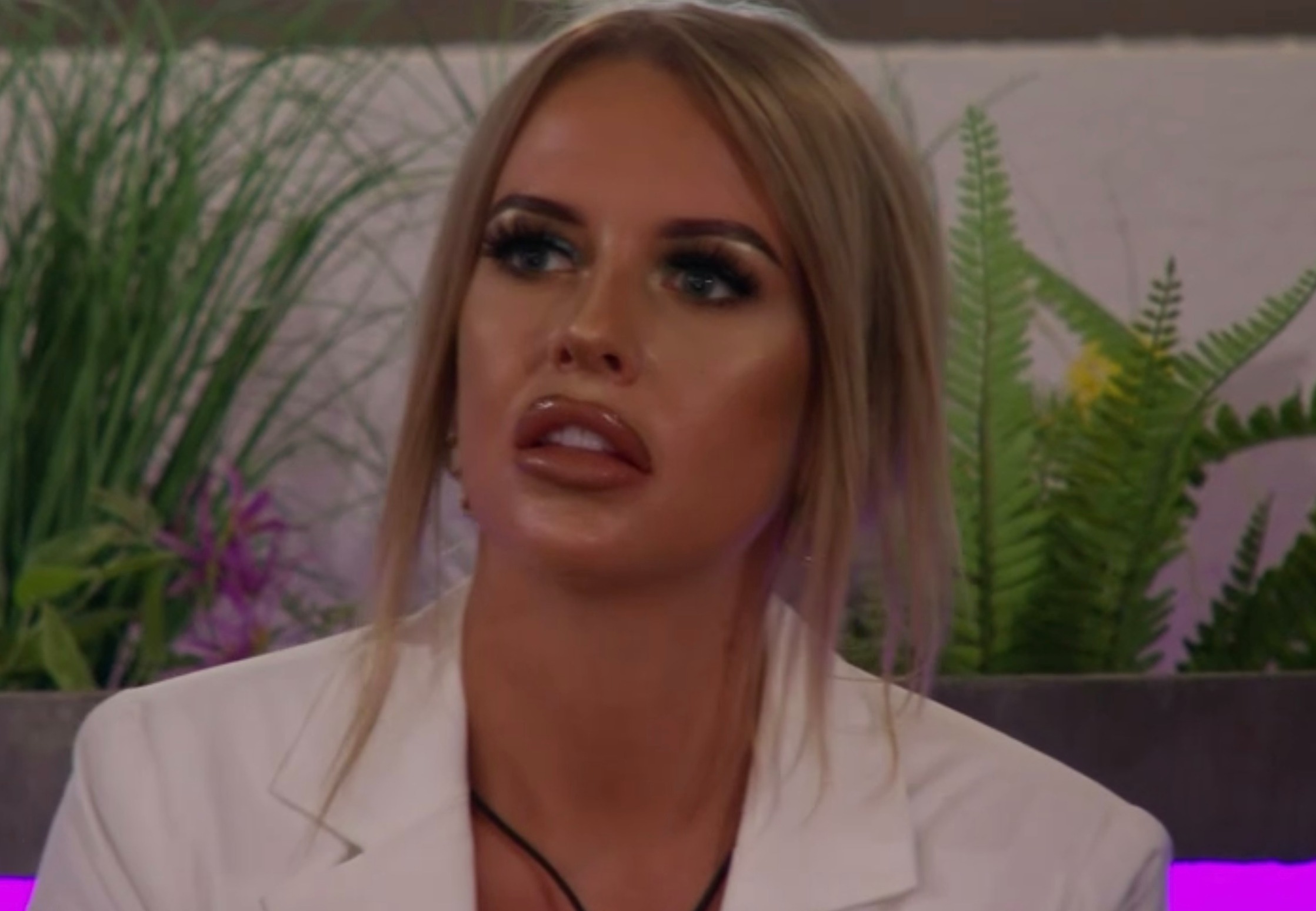 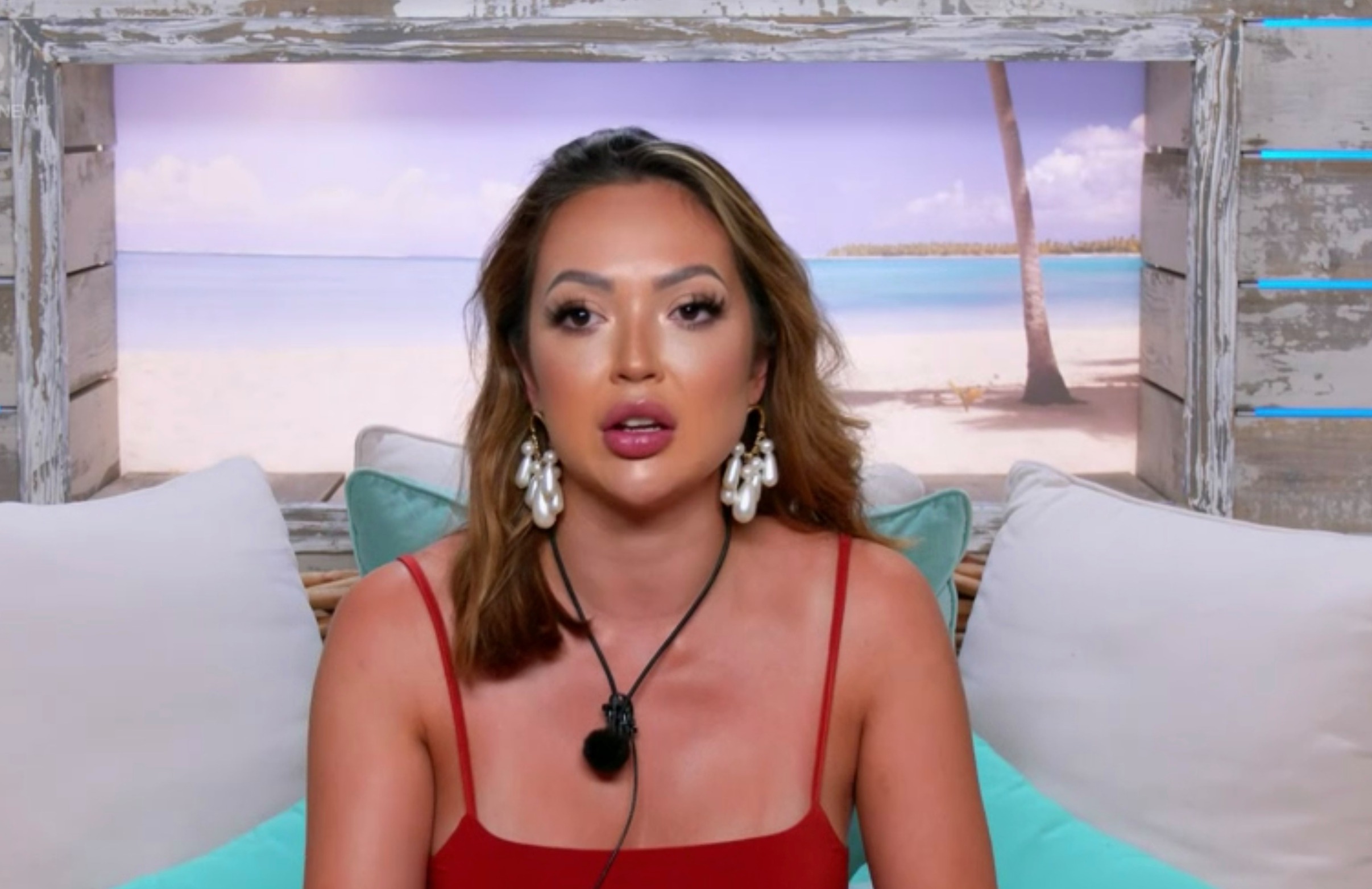 They’d both admitted to having cosmetic procedures in the pastCredit: Eroteme

During the bust-up, Hugo was seen breaking down in tears as he said: “I just didn’t mean to upset anyone, that’s the last thing I wanted.”

And people at home were left shocked when Faye shouted, “I don’t care if he’s f***ing crying” as the boys were left to comfort Hugo.

Katie Price was among the Love Island fans to defend the teacher, taking to her Instagram page to tell the girls to “get over it”.

Love Island’s Hugo Hammond in fiery clash with Faye, Sharon and Rachel before he breaks down in tears

The 43-year-old star is no stranger to going under the knife, and is currently recovering from her latest procedures – including full body liposuction.

Leaping to the Islander’s defence, she filmed her telly as she shouted: “Get over it, girls.

“If you can’t handle the criticism, don’t get the work done.”