There’s nothing more alluring than a fast food restaurant’s ‘secret menu’ that, let’s be honest, usually doesn’t exist beyond made-up concoctions on the internet.

But, it seems McDonald’s is taking customer food tricks seriously as the chain is now rolling out some new ‘menu hacks’ – AKA, unique food suggestions from fans.

The restaurant asked fast food lovers to share their merged order ideas on social media and has since created a menu of four foodie hacks: the Hash Brown McMuffin, the Crunchy Double, the Surf and Turf and the Land, Air and Sea.

Previously, customers could enjoy these dishes – but had to order the different ingredients and assemble them themselves. But now selected restaurants in the US will offer them by name.

‘This campaign shows that it has never been “our menu” — the menu belongs to our fans,’ says Jennifer Healan, the vice president of marketing at McDonald’s.

While the customer-inspired options are only officially being rolled out in the US, each one is made up of classic McDonald’s items that are available everywhere in the UK.

So, while you won’t be able to order any of the new concoctions by name in the UK, you can still get involved and build them yourself. 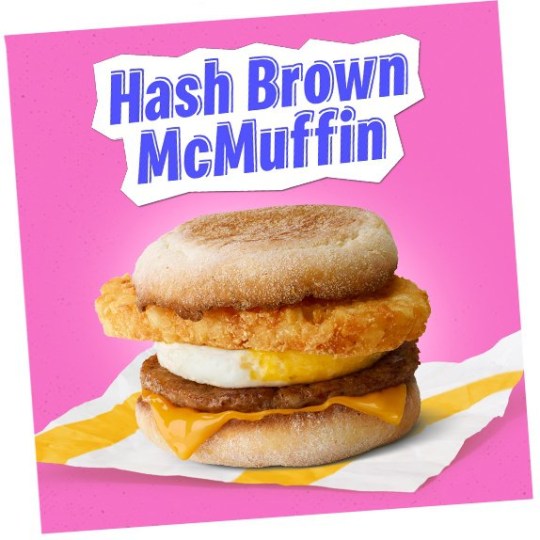 Step up your breakfast game (McDonald’s)

If you’ve ever felt like a McDonald’s McMuffin was missing something, look no further.

To make the Hash Brown McMuffin, you barely need to change your order.

Simply request a sausage and egg McMuffin and a hash brown.

Then, instead of eating them separately, just add the hash brown to your McMuffin. 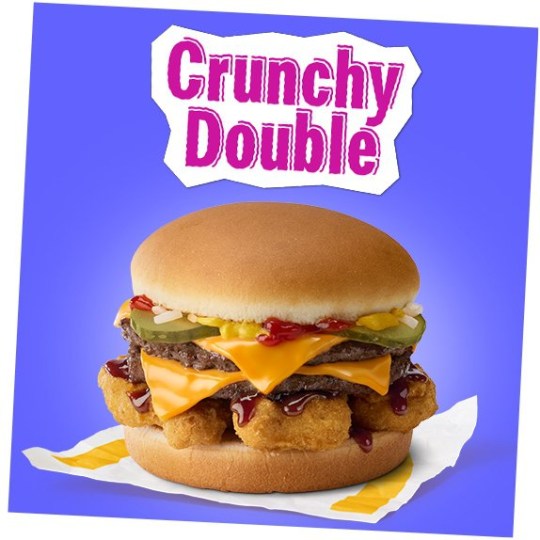 To make the Crunchy Double, all you need is a double cheeseburger and a box of McNuggets.

Simply add some barbecue sauce to the nuggets and slot them into your burger.

Great for those who can never decide between chicken nuggets or a double cheeseburger.

The Surf and Turf 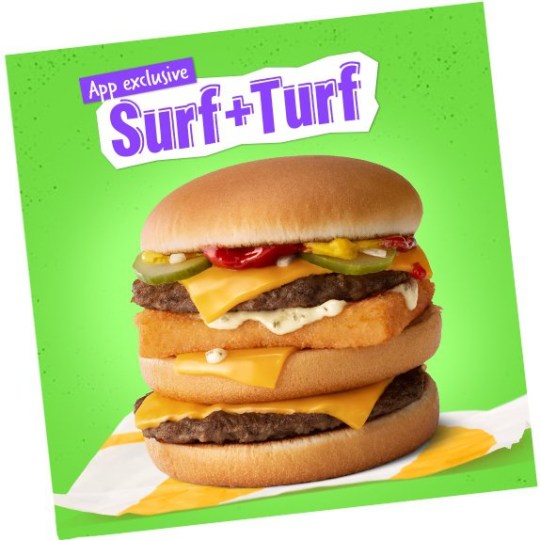 If you’re the type who wonders why anyone would order a Filet O-Fish, this menu hack could be a turning point for you.

All you need to do is order a Filet O-Fish and double cheeseburger.

Then, remove the top bun of the Filet O-Fish and put the rest of the burger in between the two beef patties – and voilà.

The Land, Air and Sea 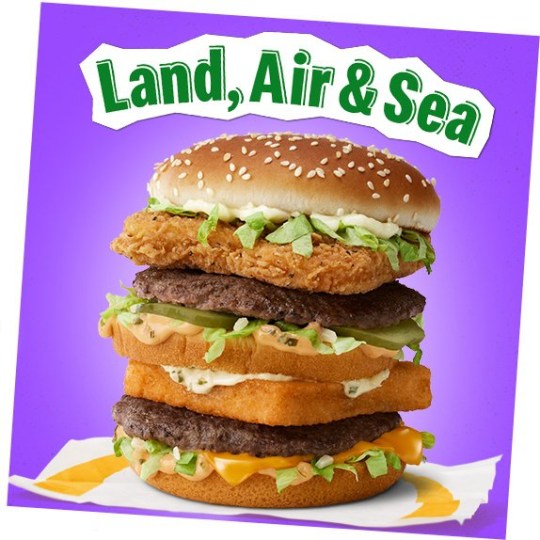 Do not underestimate this burger (McDonald’s)

Not for the faint-hearted, the Land, Air and Sea is a pretty monstrous burger.

You need to order a Big Mac for the land, a McChicken Sandwich for the air, and a Filet O-Fish for the sea.

Simply stack the three burgers together, removing buns where you have to, and there you go.