Whether it’s a juicy burger, a spicy sausage or tender chicken skewers, BBQs are synonymous with meat.

But behind all that sizzling consumption lie some difficult facts. According to The Vegetarian Society, in the UK alone, over two million land animals are slaughtered each day and we get through almost 600,000 tons of fish.

But choosing to go vegan is not only about animal welfare, it’s about our planet’s, too.

A 2021 report by The Climate Healers found that animal agriculture is responsible for at least 87% of greenhouse gas emissions.

Animal agriculture is also responsible for up to 91% of Amazon rainforest destruction and livestock causes more pollution than the world’s entire transport system.

Such stark figures may have already mad you make sure you limit your meat intake, but a barbecue? That’s a real test of commitment.

There’s a growing number of people who no longer think so, and no wonder. As veganism has become mainstream, the amount of choice available for those choosing to go both meat and dairy free, is greater than ever. You can fire up the coals and not miss that burnt burger at all.

‘People are just unaware of the scale of the problem,’ says Ed Winters, a vegan educator and public speaker.

‘Part of the problem is we don’t actually see the animals we consume. We have become detached from the sentient beings they are, and that connection is really important. 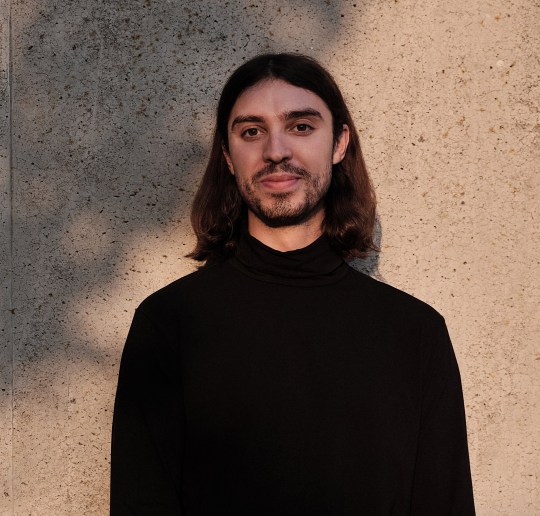 Vegan educator Ed says we need to stop being afraid to challenge the status quo when it comes to meat (Picture: Provided)

‘Each one of the animals we eat has lived a horrible life and has had that life needlessly taken from them to sate our tastebuds. So many of us feel repulsed and sad when we see agriculture documentaries and people are outraged when they find parts of animals in their food. But why? What else would you expect to find?’

Ed says people find veganism a daunting concept because it’s challenging the status quo. ‘It’s not just about the consumption of food,’ he adds.

’Food is symbolic. It’s identity and culture. We celebrate holidays like Christmas and Easter around it so it can be difficult to get people to think about, not just what’s on their plate, but their relationship with it, too.’

The question of choice

The meat-free and plant-based dairy categories have doubled in size over the past five years, according to Kantar figures and these substitutes are a welcome addition to menus.

‘When I went vegan seven years ago it was very female dominated,’ says Loui Blake, a vegan influencer and founder of vegan restaurant chain Erpingham House.

‘However, since we launched our first restaurant three years ago, we have seen a huge increase in men coming in to dine. We used to have to be very creative with our menu, but now there’s so much competition between vegan substitutes the quality has really shot up. A lot of people who go plant-based are doing it for environmental reasons, so they still want the taste and texture of meat which is why the meat-free options are great. 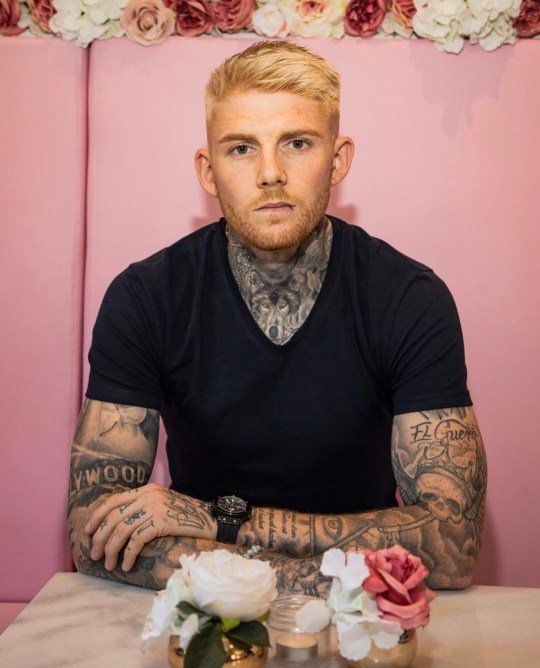 Loui Blake says the vegan gender gap is beginning to close as more men get on board (Picture: Provided)

‘Before, you might get the odd burger which was ok, but now you have burgers, sausages, chicken, bacon, mince, fish and all bases are covered.’

‘Our audience is 90% non-vegan, so there’s lots of things on our men that replicate animal-based foods, but in a healthier more sustainable way,’ adds Loui.

‘I don’t think people feel confident cooking vegan at home, so they come for inspiration.’

So how can you start to transition and make ethical and eco food choices?

Romy London is a vegan recipe developer and blogger who creates indulgent plant-based food. She regularly posts vegan BBQ recipes on her blog and is a big fan of meat-free supermarket options.

‘There are so many meat-free options these days,’ she says.

‘The brand Oumph do things like steakhouse sticky ribs and pulled oomph which are soya based. Tesco also have a fantastic in-house plant-based range called Wicked Kitchen with interesting burger options and skewers, and Heck do tasty meat-free sausages, too.’

On the other hand, if you’re feeling creative Romy says seitan is a great meat alternative. ‘It’s plant protein made from gluten,’ she says.

‘Buy it ready-made or make it yourself from flour. The texture is very versatile depending on how you prepare it. It can be flaky like chicken, dense like a kebab or juicy like a steak.

‘Then there’s tofu (condensed soy milk) and tempeh (fermented soya beans) which are both dense in texture, easily sliced and added to a smoky marinade. I also love to cook with watermelon. When heated, it becomes softer and you can add spices and marinades to it. It reminds me of tuna. Fruits like mango are also great and soak up the smokiness of the BBQ.’

Veganism is hitting the mainstream

The Veganuary campaign, where people go vegan for the month of January, hit record highs this year with over 585,000 sign ups, compared to just 3,300 in 2014.

‘The pandemic has shown us several things, says Ed. ‘It’s reaffirmed our relationship with the natural world and shown us how interconnected we all are. We’ve realised the choices we make can affect the whole world and that’s pretty empowering. It’s also shown that if we don’t respect animals and the natural world then we too can suffer as a consequence.’

A recent survey by The Vegan Society found 20% of us have reduced the amount of meat we have eaten over the last 12 months.

Those who had cut back said it was down to health concerns (35%), the environment (30%) and animal rights issues (21%). Over half bought meat alternatives during lockdown of which 78% say they would buy again.

Whatever you decide Ed advises simplifying what needs to be done.

‘Swap out non-vegan ingredients for vegan ones, like soya mince and tofu. And do some research.

‘Look into the damage animal farming can cause and check out some documentaries like Seaspiracy, Earthlings, The Game Changers and Land Of Hope And Glory. It’s through knowledge we have the power to make informed decisions and the more we know, the more we will be compelled to do the right thing.’

However, one of the concerns for anyone interested in their health, is whether a vegan diet can give you all the nutrients you need.

There are, indeed, things you need to be aware of if you’re just starting to cut out meat and dairy, but a carefully considered vegan diet should not leave your body short of what it needs.

‘When it comes to adopting a plant-based or vegan diet there are a few key nutrients which can pose risk of deficiency,’ says nutritionist Jenna Hope.

‘Omega-3 is particularly important as it’s usually found in oily fish but can be consumed through flaxseeds, seaweed and walnuts, too. 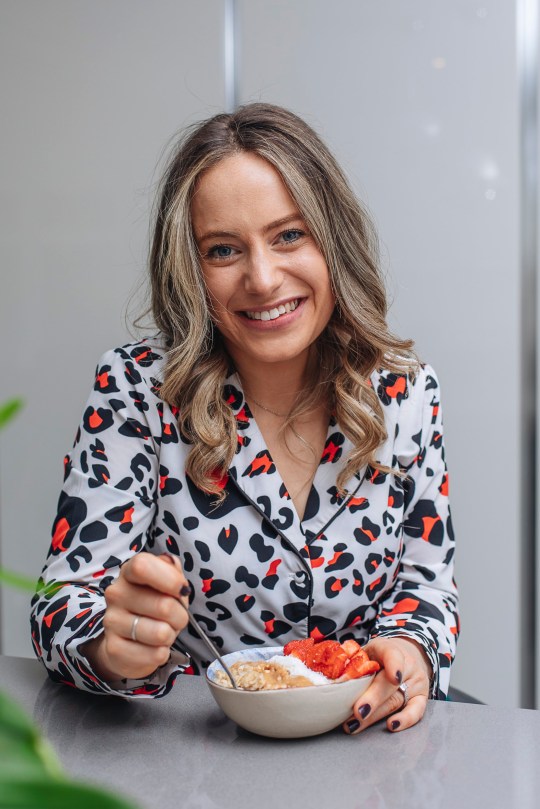 ‘It’s important to be aiming for one portion of plant omega-3 per day. Iodine plays an important role in thyroid function and is usually found in milk and white fish. It can also be found in prunes, seaweed, potatoes and iodised salt.

‘Calcium can be more difficult to obtain when you remove dairy products from the diet, but is present in sources such as leafy green vegetables, almonds and calcium-set tofu.

‘Finally, iron is less bioavailable from plant sources than animal sources, so ensure you’re consuming a wide variety of dietary iron sources such as almonds, green vegetables, chickpeas, dark chocolate and tahini. Incorporating a source of vitamin C with iron can help to increase absorption so try squeezing lemon juice on to green vegetables.’

What substitutes can I use?

If you miss the taste of your meat and dairy faves, there are plenty of 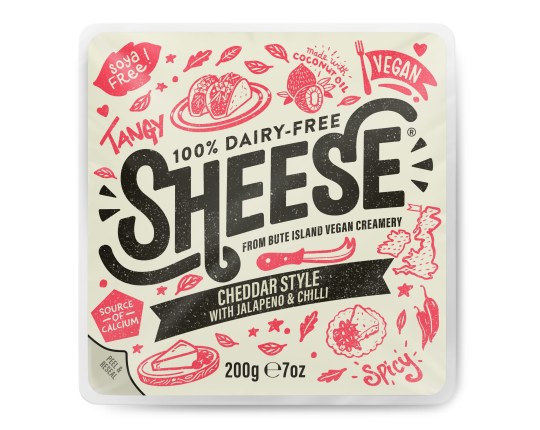 A plant-based burger shouldn’t be without a slice of plant-based cheese. Sheese Vegan Cheddar Style with Jalapeno & Chilli is 100 per cent soya and dairy-free and made with coconut oil. 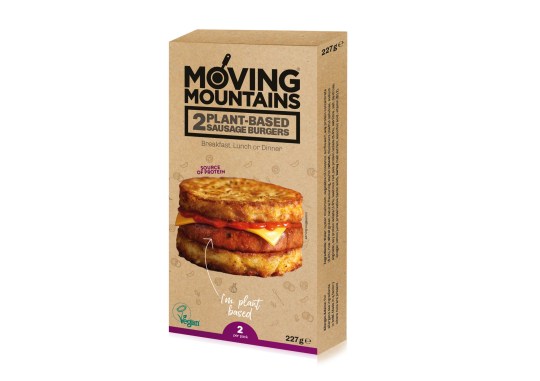 Works just as well in a burger as for breakfast

Add these Moving Mountains Plant-Based Sausage Burgers to your bun for a 100 per cent plant-based source of protein with added vitamin B12. 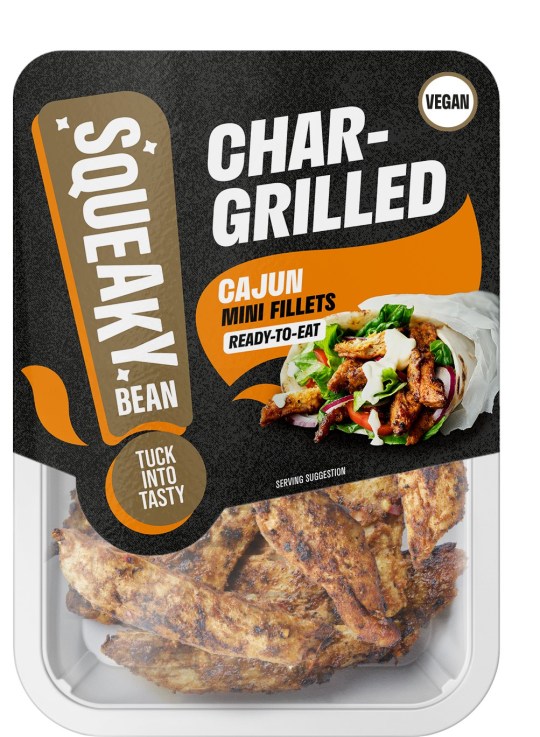 If you’re feeling lazy, you don’t even need to heat up these ready-to-eat Squeaky Bean Chargrilled Cajun Mini Fillets. They’re the same taste and texture as a chicken bite. 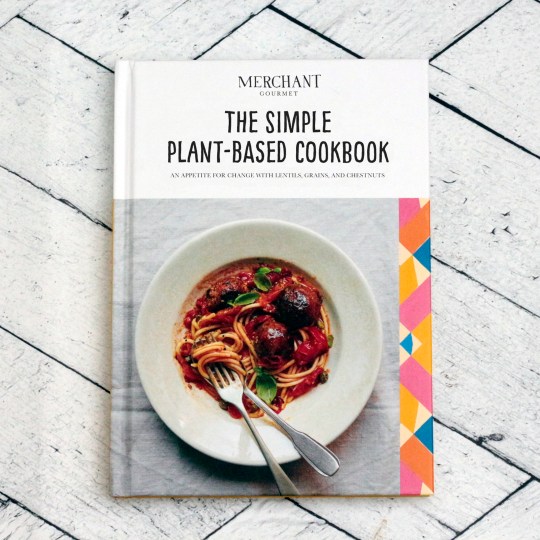 Need inspiration? Merchant Gourmet: The Simple Plant-Based Cookbook offers up meals to help you save the planet one meal at a time.

Patty On The Back meat-free patties 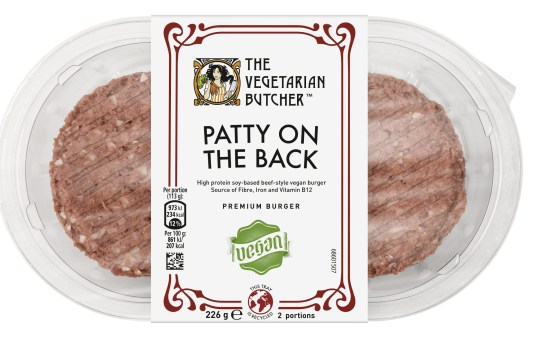 Tasty and juicy, these Patty On The Back meat-free patties cook and taste just like beef.

Fry them, grill them or stick them on the BBQ.

Buy it for £3 from Morrisons. 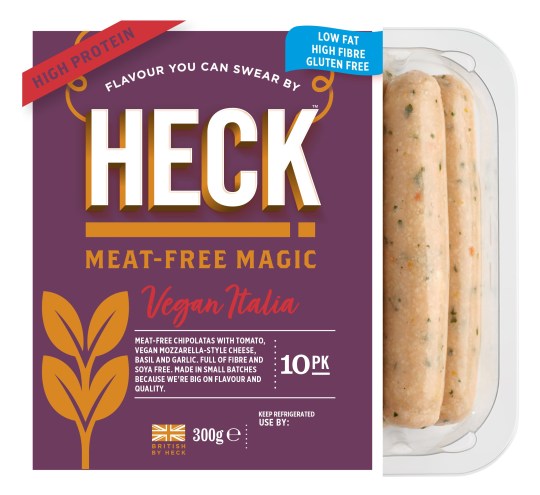 Set your BBQ off with a banger

This article contains affiliate links. We may earn a small commission on purchases made through one of these links but this never influences our experts’ opinions. Products are tested and reviewed independently of commercial initiatives.