AS the well-to-do guests gathered around the huge swimming pool, drank champagne and enjoyed free professional massages they assumed that Martin Markowitz was a waiter.

They were there to celebrate the 30th birthday of Dr Isaac “Ike” Herschkopf’s wife Rebecca.

Dr Isaac ‘Ike’ Herschkopf and ‘victim’ Martin Markowitz, who was left as nothing more than a handyman in his own home by the controlling therapistCredit: William Mebane

The grand home in the Hamptons, America’s playground of the rich, had Herschkopf’s name on the postbox. Inside, there were countless photographs of the psychiatrist with famous people including Gwyneth Paltrow, Brooke Shields, OJ Simpson and former US Secretary of State Henry Kissinger.

But the luxurious home didn’t belong to 69-year-old Herschkopf — it was owned by Martin, who was another of the therapist’s “clients” rather than one of his domestic staff.

The millionaire, who was being controlled by the man he was paying to help him, had been persuaded to hand over his house and was relegated to a guest compound at the back of the property.

According to investigative journalist Joe Nocera, New Yorker Martin paid fees of £2.5million to Herschkopf – who claimed Gwyneth and Kurt Cobain’s widow Courtney Love among his clients – over 29 years.

Martin also claims he lost £1.25million by following the therapist’s advice to pay into a Ponzi scheme — a scam that usually ends up costing investors a fortune. 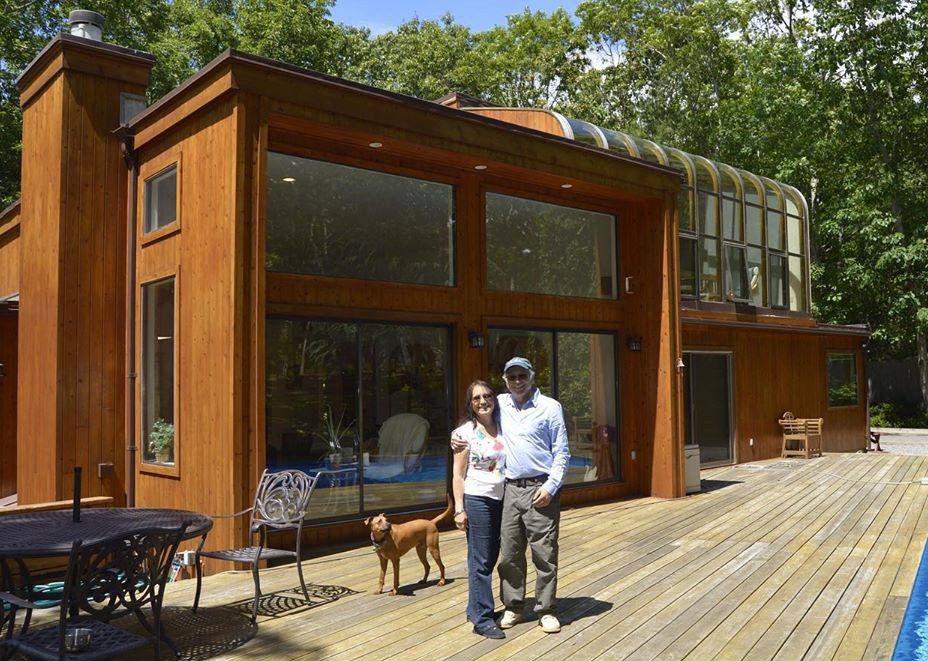 Martin and sister Phyllis at the home he changed his will to leave to Herschkopf’s wifeCredit: Instagram / Alisha Reports 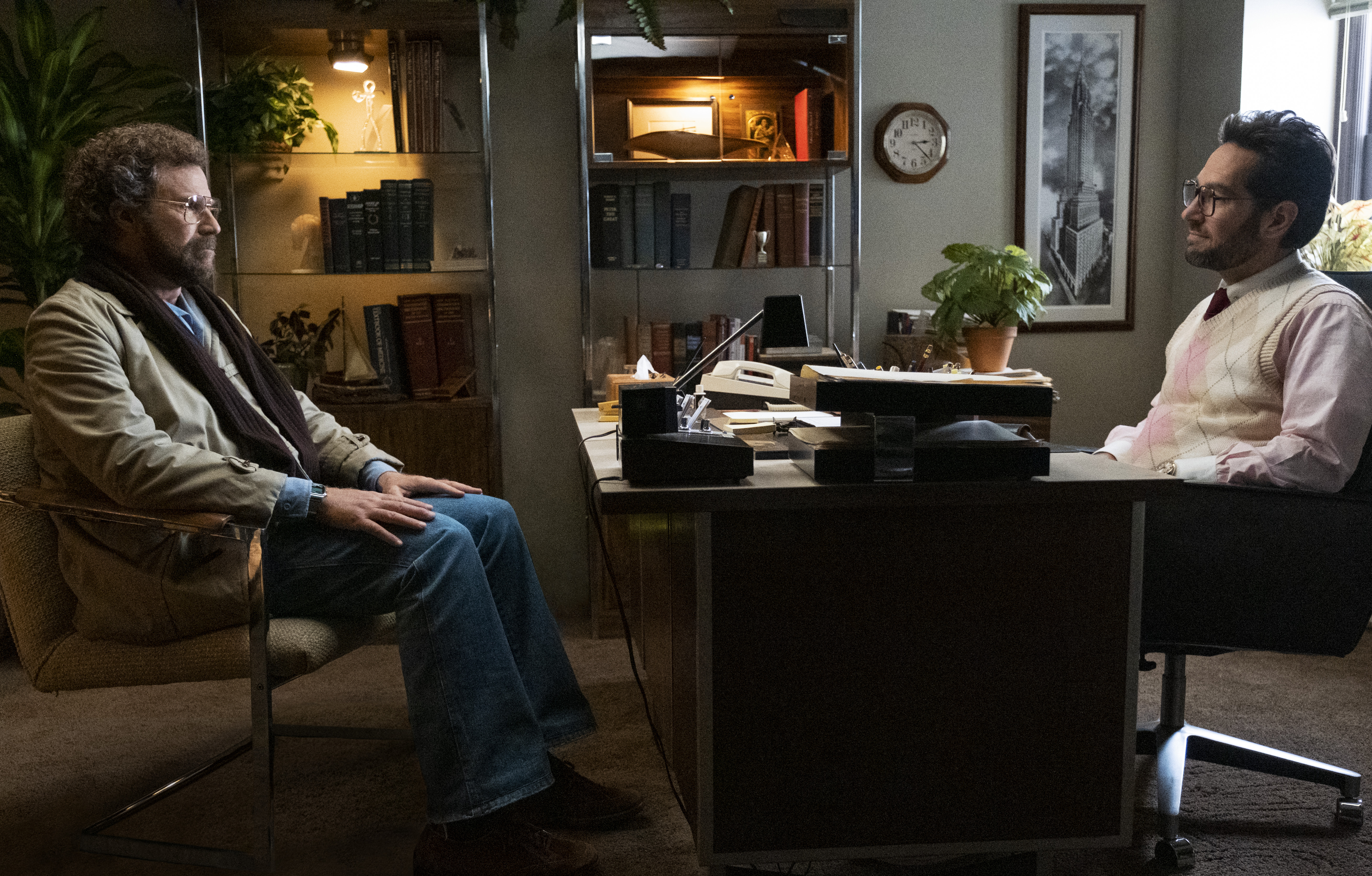 Totally against any code of ethics, Herschkopf was appointed president of his client’s theatrical fabrics business, became joint signatory to his Swiss bank account, and his wife’s name was put in Martin’s will as the recipient of his seaside home.

The story of how the psychiatrist took over his patient’s life has now been turned into a TV series, The Shrink Next Door, following a hit podcast of the same name, which prompted Herschkopf’s resignation from several important posts.

The Apple Originals series – which stars Paul Rudd as Ike and Will Ferrell as ‘Marty’ – will be available in Apple TV+ from November 12, and the trailer has now been released.

Martin, 79, who is now free of the shrink’s powerful hold, says: “I felt like I was in a cult.

“He took over my life very quickly. It was one ethical violation after another.”

The psychiatrist says Martin acted of his own free will and denies many of the claims made by Bloomberg journalist Joe in the podcast. 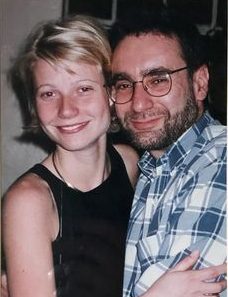 Herschkopf would flaunt his connections to celebrity clients, including Gwyneth PaltrowCredit: Eugene Reznik

‘He poured salt in the wounds’

When wealthy businessman Martin first sat on his New York couch in 1981, he was in desperate need of mental health support.

Both his parents had recently died and his wedding had been called off when his bride-to-be got cold feet.

On top of that, he was in dispute with his uncle about how to run the family business, Associated Fabrics, which has supplied goods to both the Super Bowl and the Olympics.

Sitting in front of Herschkopf was a fragile young man whose shattered confidence needed rebuilding.

Instead he told his patient to put all his faith in his shrink.

Martin says: “He cut me off from everyone. The only person I could turn to was Ike.”

With three sessions a week on Herschkopf’s couch, Martin gradually became convinced that his family were the problem. He says: “Very quietly, over about an 18-month period, Ike started pouring salt into all of my open wounds.”

It was subtle grooming aimed at taking over his business affairs. 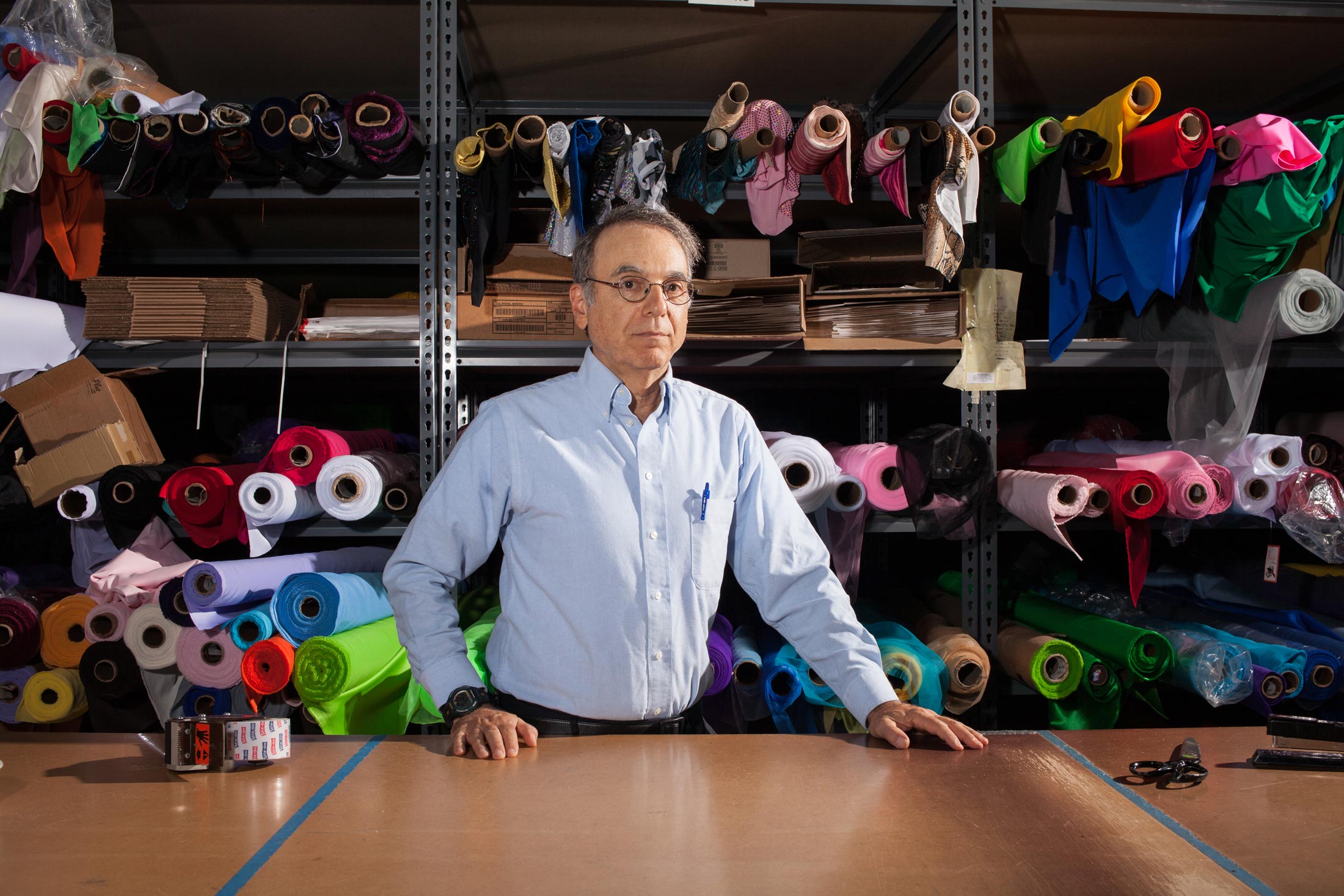 Martin has now taken his life back in his own handsCredit: William Mebane

Cut off from sister he sacked

In 1983, Martin was persuaded to undermine his younger sister Phyllis Shapiro, who worked at the fabric company, by reducing her wages and then not inviting her to his second bar mitzvah.

Fearing she was going to lose everything, Phyllis removed money and gold coins from accounts in Switzerland that she had held jointly with her brother.

The shrink told his client to sack his sister and to send her a letter saying she wouldn’t inherit a penny. According to the podcast, Herschkopf told his patient: “You don’t have a family? Don’t worry.

“My family will be your family. My kids like your nieces and nephews. And we’re going to make a social life for you.”

By the beginning of 1984, Martin had written a new will which left everything to an organisation called the Yaron Foundation.

Herschkopf and his wife were the directors of the foundation.

The psychiatrist also talked his patient out of relationships which had the potential to lead to marriage.

Martin says: “I had a ring in my nose and he was leading me around.”

By 1987 the flashy parties had started at Martin’s home in Southampton, in the most easterly county of New York.

It has a tennis court, a full-size basketball court, a hot tub and an 18-hole miniature golf course. 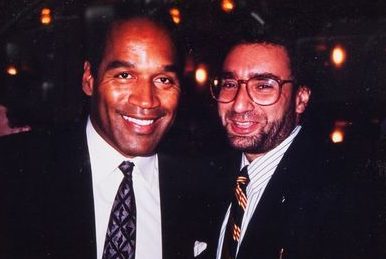 Herschkopf, who had grown up in a working-class area, loved to show off his opulent “home” to his friends, sometimes arranging buses for as many as 170 guests.

Martin says: “People thought I was the caretaker.”

For nearly 23 years the two men lived in this bizarre world where the employee was in charge of the employer.

That all began to change in 2010 when Joe moved in next door to Herschkopf — and Martin — in Southampton.

Martin finally realised that his shrink was not his friend. The truth dawned when Martin went into hospital for a hernia operation and Herschkopf didn’t bother paying him a visit.

He says: “I was devastated. I began to question the whole basis of our relationship.” 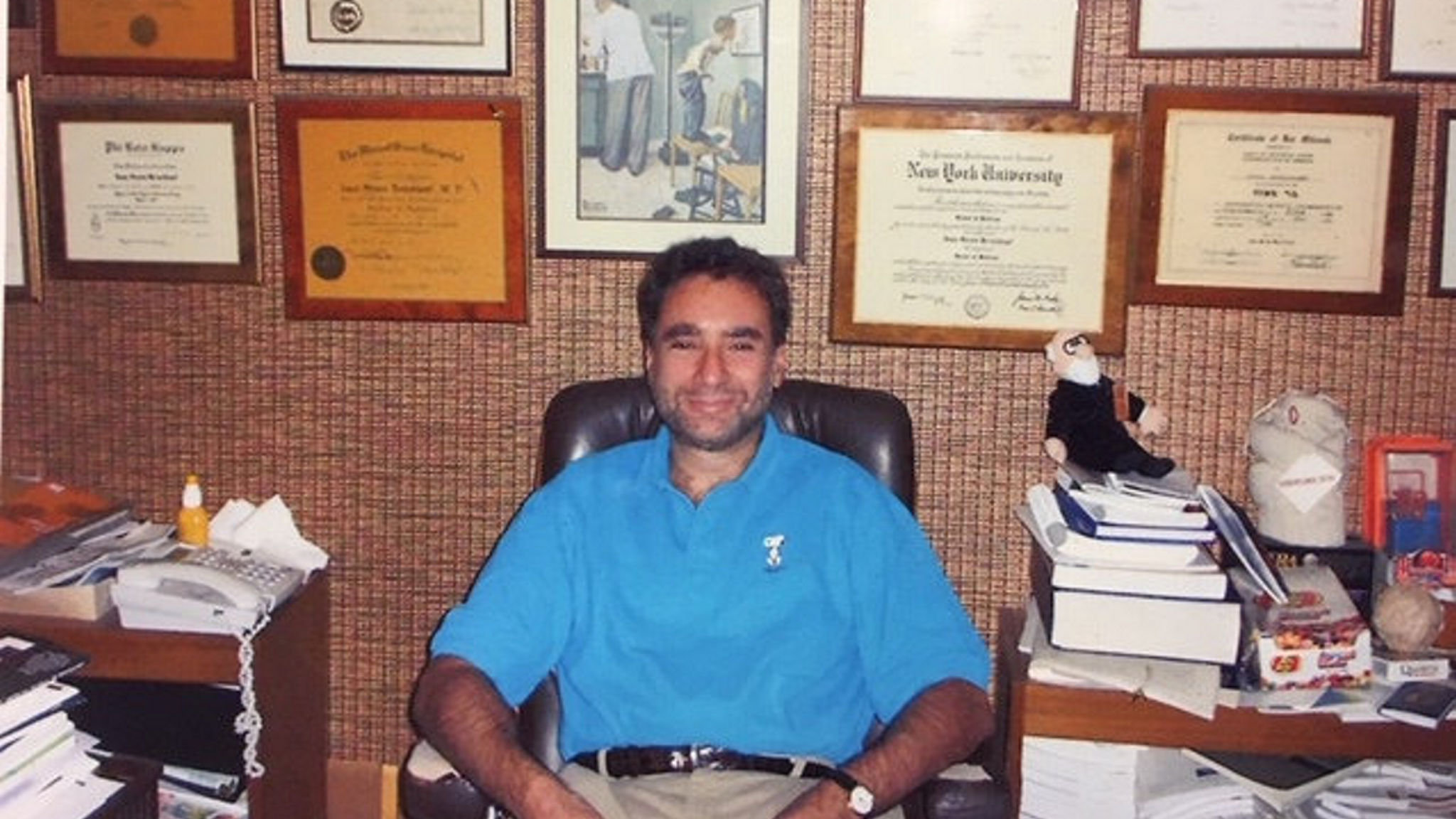 ‘Ike losing his licence would be justice’

Journalist Joe was given a tour of the house by Herschkopf — and in similar vein to the posh party guests he assumed Martin was a maintenance worker.

He adds: “A few weeks later, Marty came by with his sister Phyllis.

“The first words out of his mouth were, ‘This is my sister Phyllis, I haven’t seen her in 27 years’.

“At that point, I thought that this was something I wanted to know more about.

“Then, as Marty started showing me all the documents and photos he had, that’s when I knew it was a story I wanted to tell.” 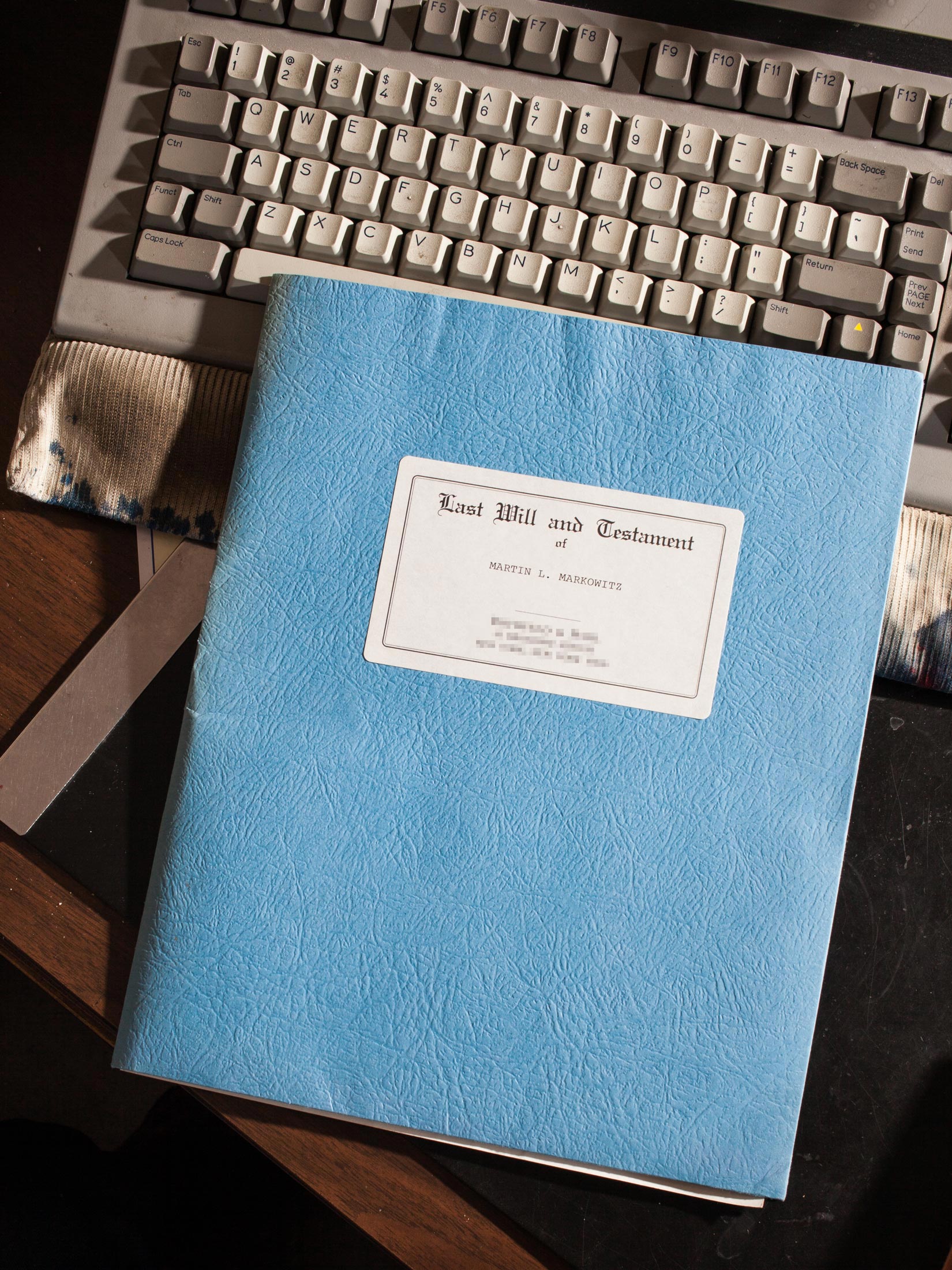 By the beginning of 1984, Martin had written a new will which left everything to an organisation called the Yaron Foundation — of which Herschkopf and his wife were the directorsCredit: William Mebane

Martin started to take control of his life again and became close friends with his sister once more.

Only in May 2019 did the scandal come to light when Joe put out the story on American podcast network Wondery, which also produced the true crime podcasts Dirty John and Dr Death.

Other former clients reported unethical behaviour by Herschkopf including one who was asked to re-write her will so money would go to his daughters.

Now Herschkopf’s name has been removed from New York University Medical School’s website and he has resigned from the organisation Fellowships At Auschwitz For The Study Of Professional Ethics.

But the psychiatrist says: “Ninety per cent of the podcast is untrue or out of context.”

What is in no doubt is that a mental health worker should never get so personally involved with a patient.

They certainly should not be handed any control over a client’s finances, or have any family member’s name written into a patient’s will.

At the moment Herschkopf is still able to practise as a psychiatrist, but Martin is trying to have him struck off.

He says: “I want justice to be served and to me, him losing his licence is justice. I just don’t want him to do this to anyone else.” 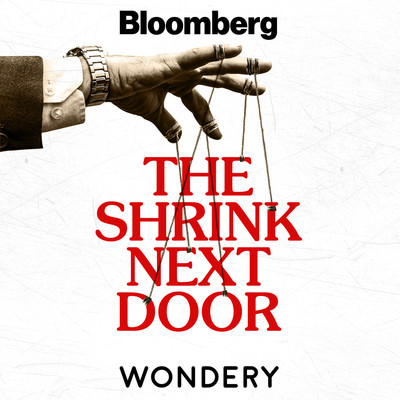 Ad for Shrink Next Door podcast