The “High Flyer” tragically died in a devastating crash on March 23. 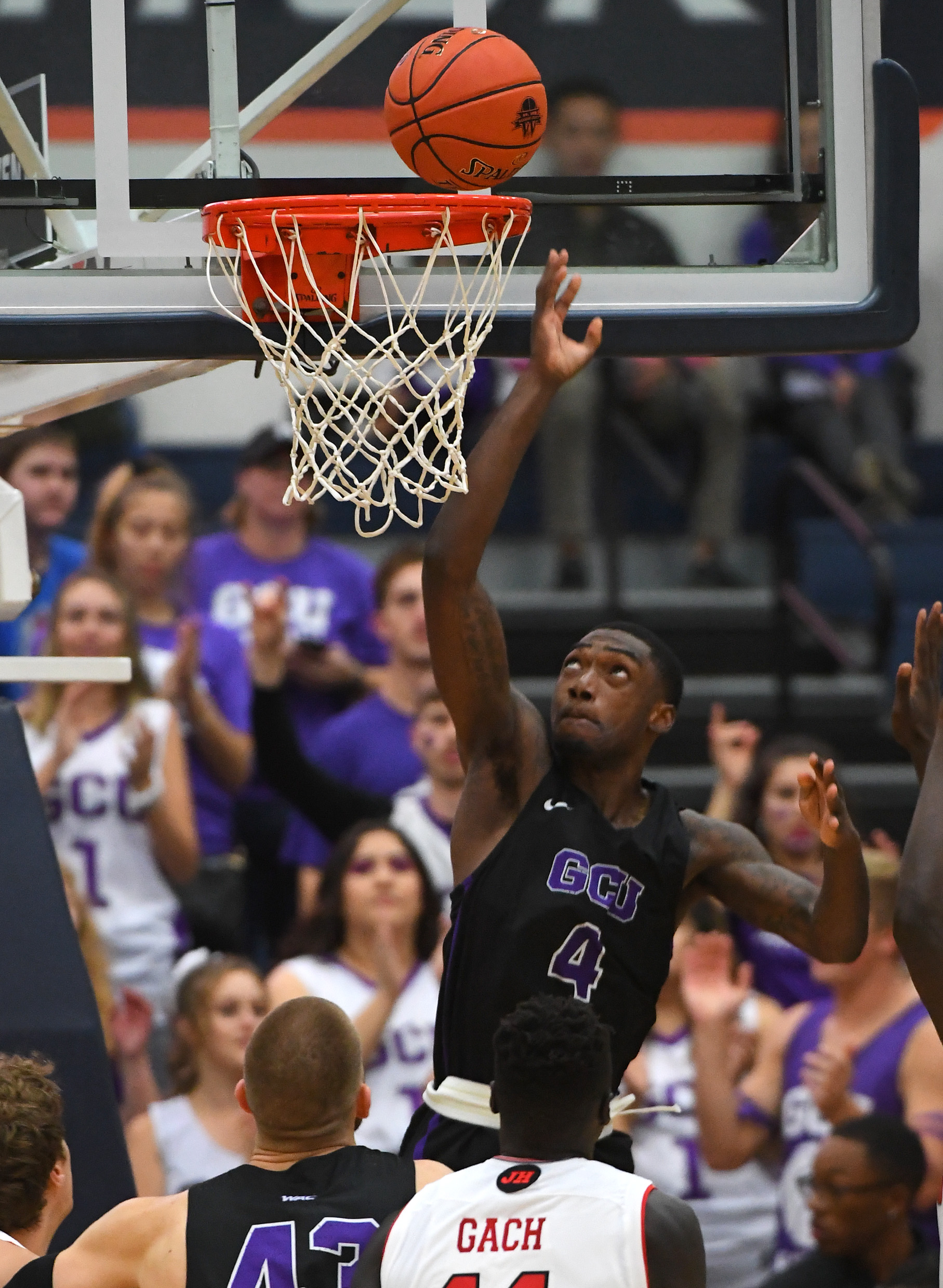 Who was Oscar Frayer?

The 23-year-old from Hayward, California scored 8 points in his final game against Iowa in an NCAA tournament in Indianapolis, Indiana, just three days before his death.

It was his 107th start for the Antelopes, seeing him finish the game with eight points, three blocks, and a steal.

Frayer graduated from Moreau Catholic High School before gaining a degree in communications. 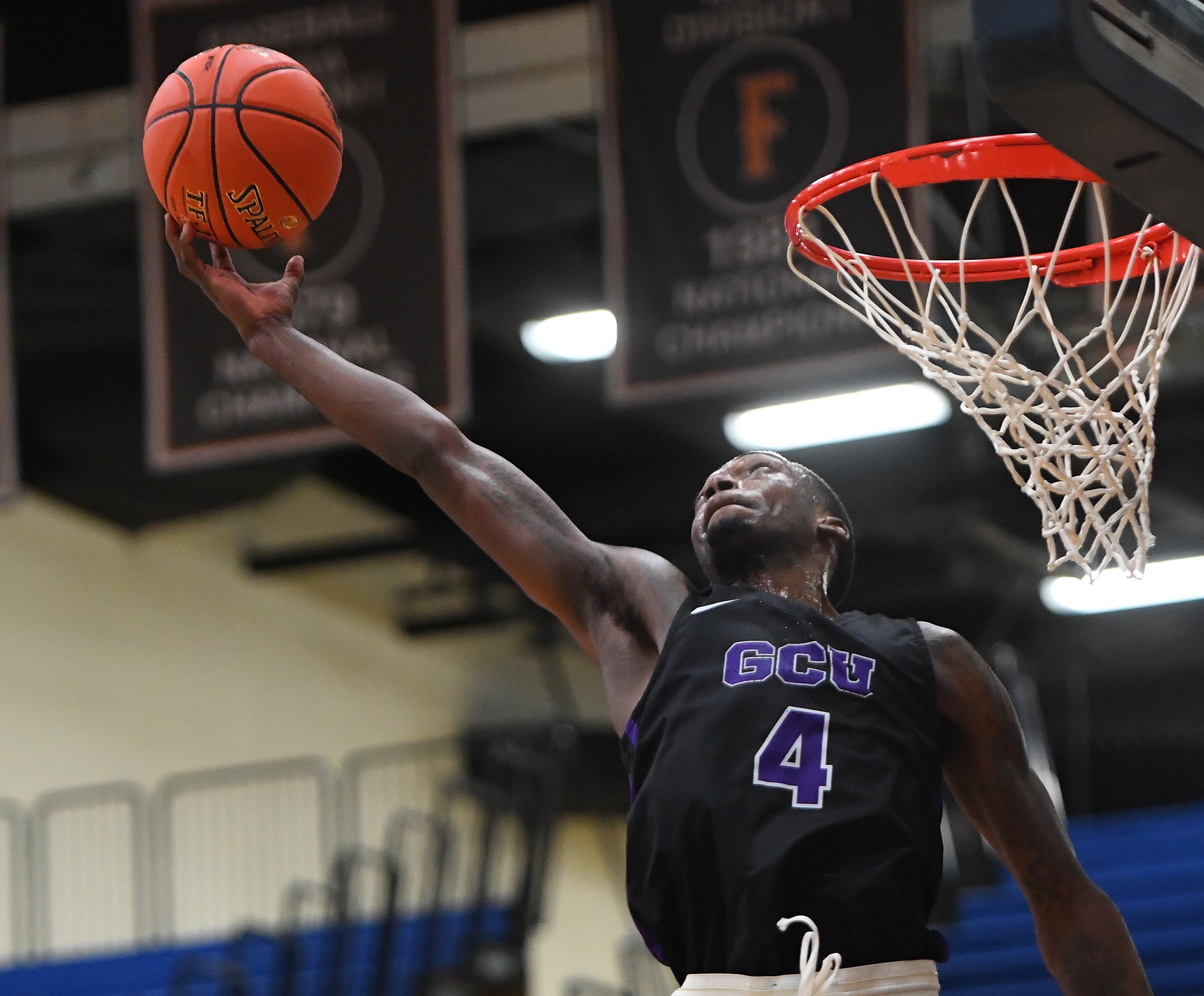 His heartbroken Grand Canyon head coach lovingly referred to him as ‘O’Credit: Getty

“On the court, Oscar was known as the ‘High Flyer’ and will be remembered for his soaring dunks, tenacious defense and game-changing blocked shots,” his school said in a statement yesterday.

“Off the court, he will be remembered for his infectious smile, energetic spirit and caring soul that made him one of the most well-liked students on campus.”

After his teams debut at the NCAA tournament, he tweeted: “I bleed purple FOREVER!!!! THANK YOU LOPE NATION for the last 5 years..it’s been nothing less than amazing..from President Mueller, to our coaching staff, to my brothers who I compete with everyday..it’s love FOREVER. 4 Gone.”

Heartbroken Grand Canyon head coach Bryce Drew said, “We love ‘O.’ He was the heartbeat of our team with his vibrant, energetic personality. I cannot put into words the hurt and sadness we all feel, but we know he is in heaven and that gives us great joy to know we will be together again.” 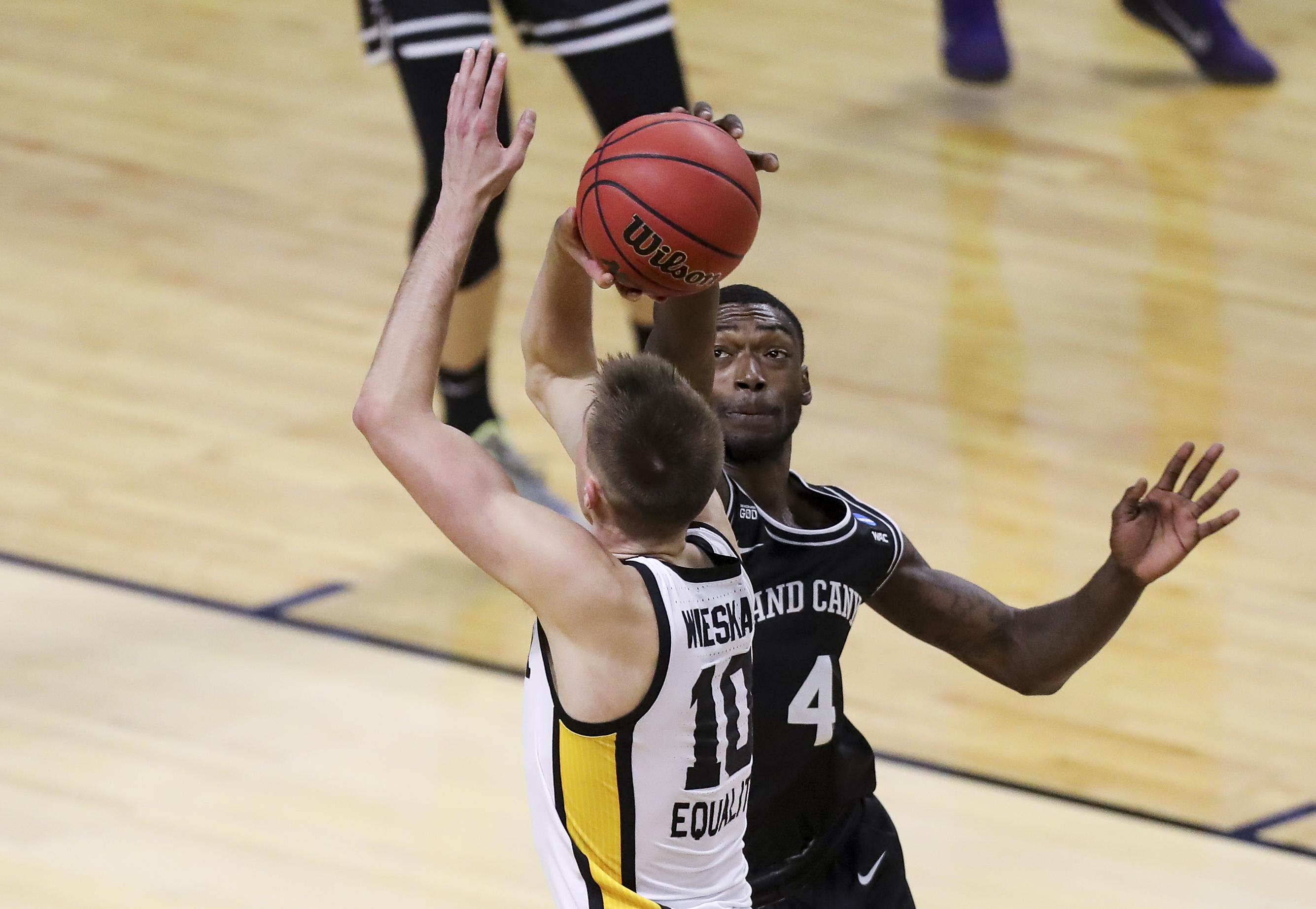 In his final game against Iowa, he gained eight points, three blocks, and a stealCredit: Reuters

How did Oscar Frayer die?

Oscar Frayer died in a car accident in northern California at around 2:30am on Tuesday morning.

A California Highway Patrol vehicle on Interstate 5 near Lodi, California that was assisting a stranded vehicle was struck from behind by the car Frayer was in.

The 2021 Subaru SUV careered off the road and hit the rear of the two officers vehicle, before colliding with a tree.

The car then became engulfed in flames, killing all three present in the vehicle. They were pronounced dead at the scene. 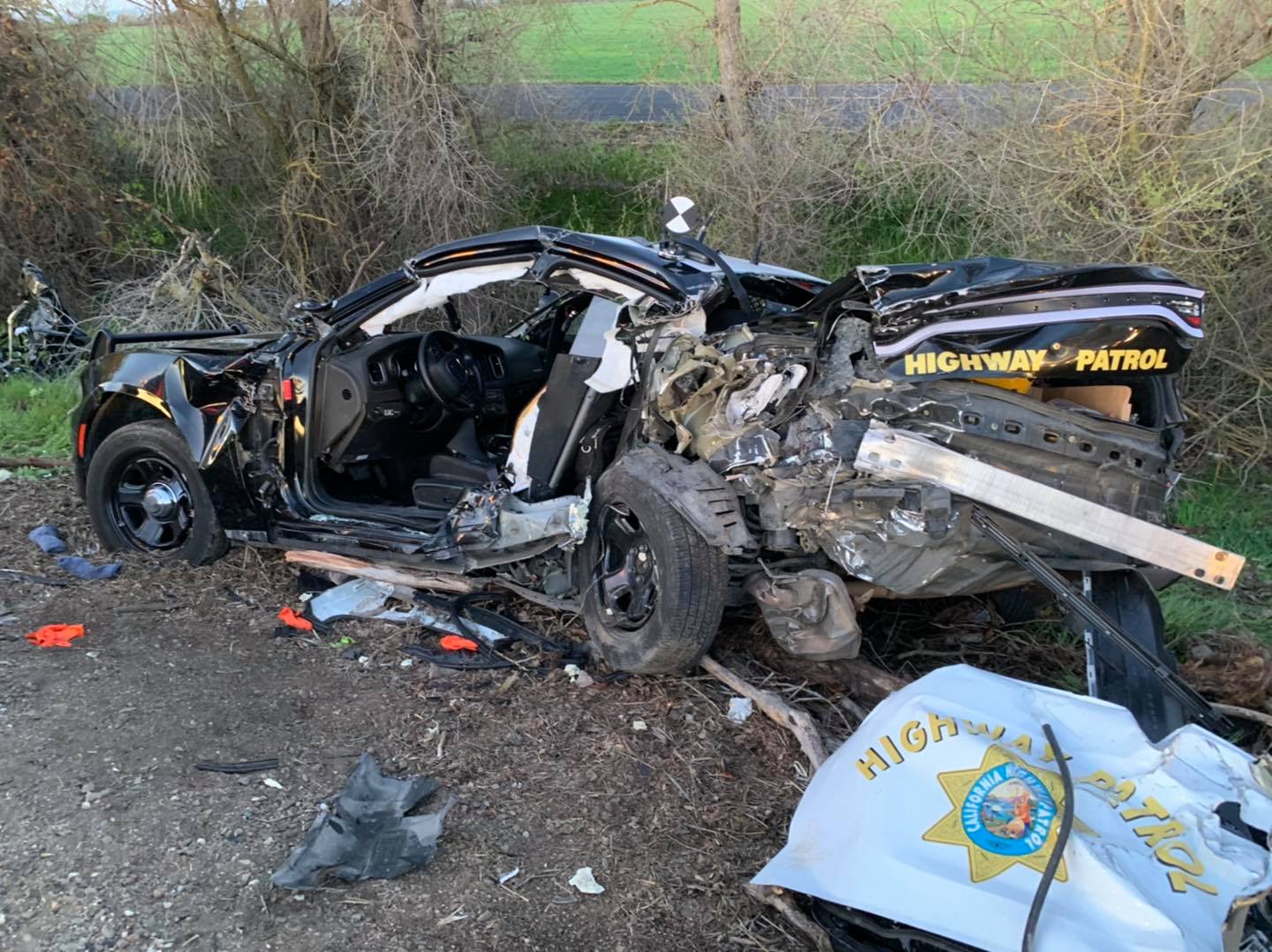 The two officers involved in the crash were taken to hospital suffering major injuriesCredit: CHP STOCKTON

Both officers were rushed to hospital with “major injuries” after the crash, according to the CHP, yet the pair are expected to survive.

In a cruel twist of fate, it has emerged that Oscar’s father, also named Oscar, died in a car accident when he was just seven-years-old.

Who else was in the car with Oscar Frayer?

Two other passengers were killed in the tragic car crash on Tuesday.

Frayer had been travelling with his older sister, Andrea Moore, and another person who is yet to be identified.

The 6-foot-6 senior forward is believed to have been raised by his mother after his father’s untimely death. 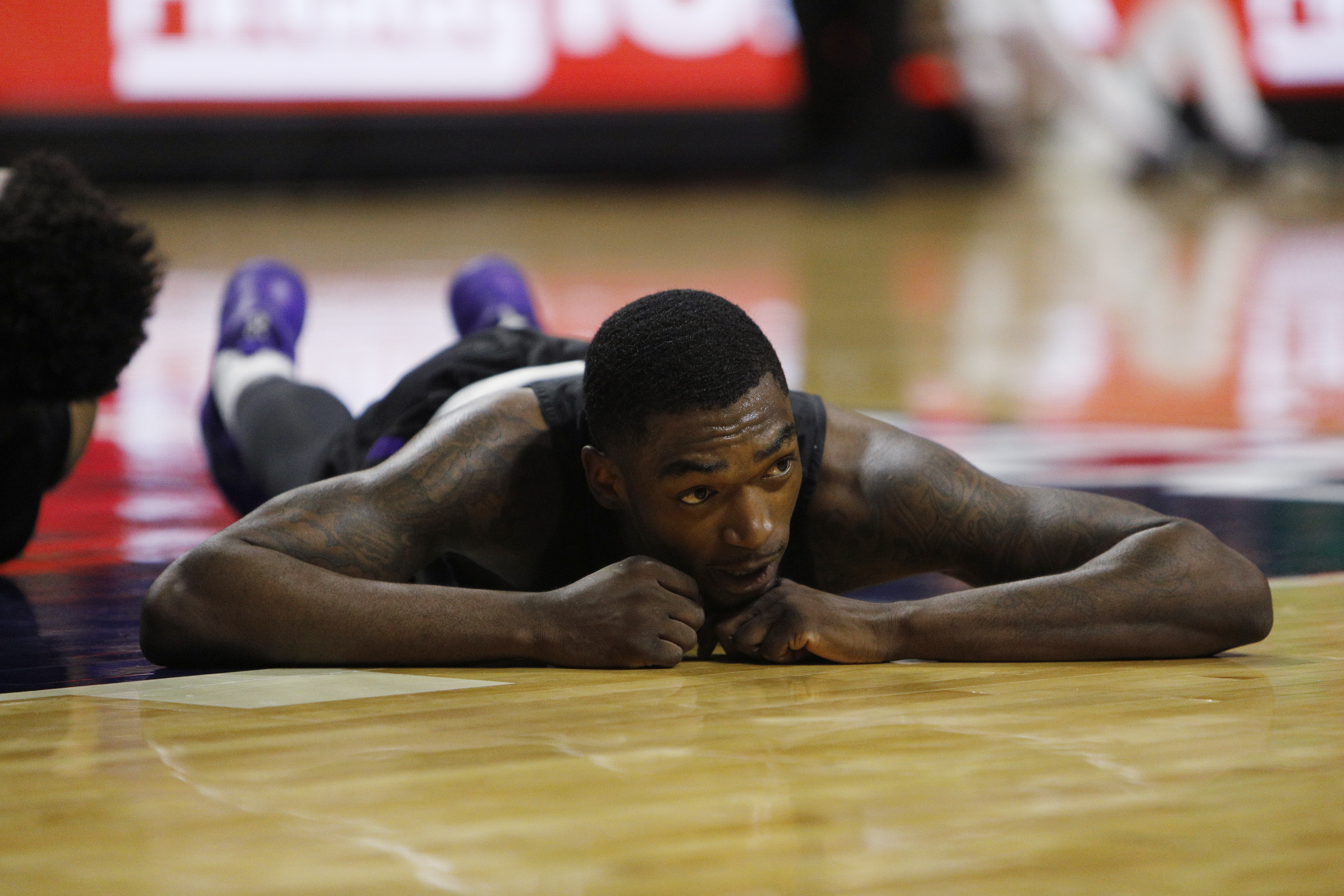 His father also died in a car crash when he was just seven-years-oldCredit: Getty