Firm Architects has carefully organised zinc, mirror and brick elements to form a striking horizontal line around the interior of this loft apartment in Amsterdam‘s De Pijp district.

The previous owner of the loft, which is shortlisted in the apartment interior category of this year’s Dezeen Awards, had largely used it as an overspill room to store belongings and other knick-knacks.

When it fell into the hands of the current occupant, they tasked local studio Firm Architects with transforming the loft into a liveable space that featured distinct “made-to-measure” details.

Firm Architects created a horizontal line around the loft apartment

The practice decided to establish a line that runs around the walls so that the loft appears to have been “visibly cut through”. Wall space above the line has been rendered white or fitted with zinc panelling, while underneath the line is the loft’s exposed brick structural shell or black-tinted mirrors.

“Everything above the cross-section is a new interpretation, and everything below a reflection of the old,” said the practice. 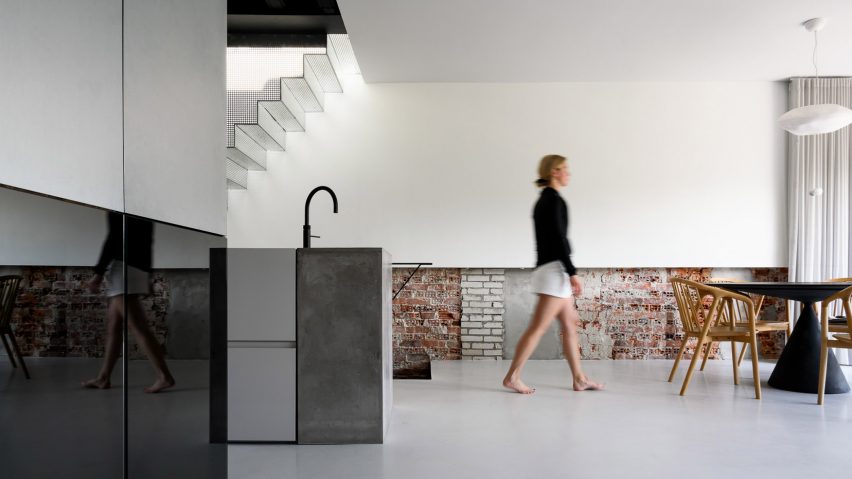 The line sits 95 centimetres above the floor, an aspect that Firm Architects says is meant to bring a poetic element to the loft.

“It is the central point of a man’s body…standing with your lower body in the old and your upper body in the new, it reflects being rooted in the past and looking to the future,” explained the practice, which has named the project Reflections of the Past as a result. “We have thus centralized the physical user in the design.” 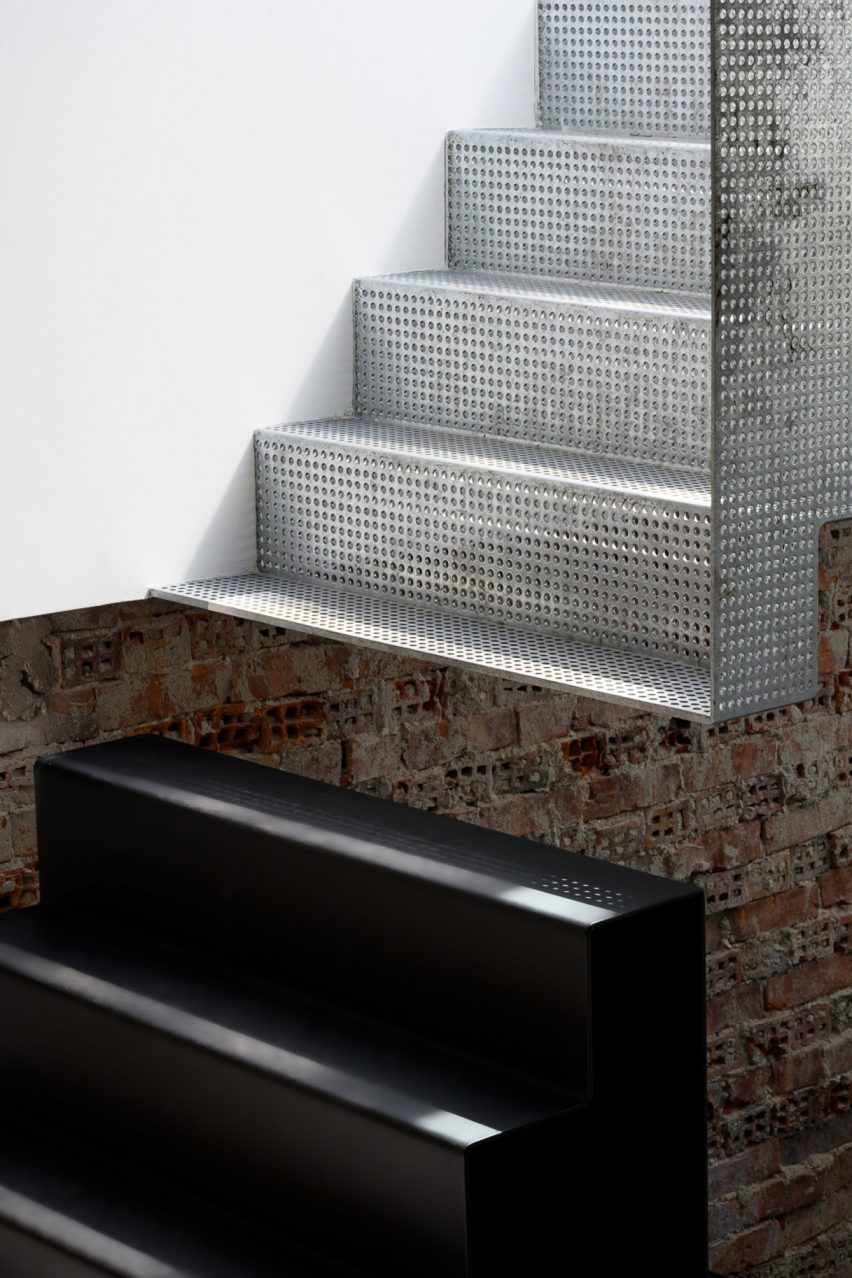 The two-part staircase comprises a block of black steps and a block of steps made from perforated zinc. The first zinc tread sits level with the line running around the loft.

Just beyond the stairs is a sliding wooden partition, behind which lies the master bedroom. 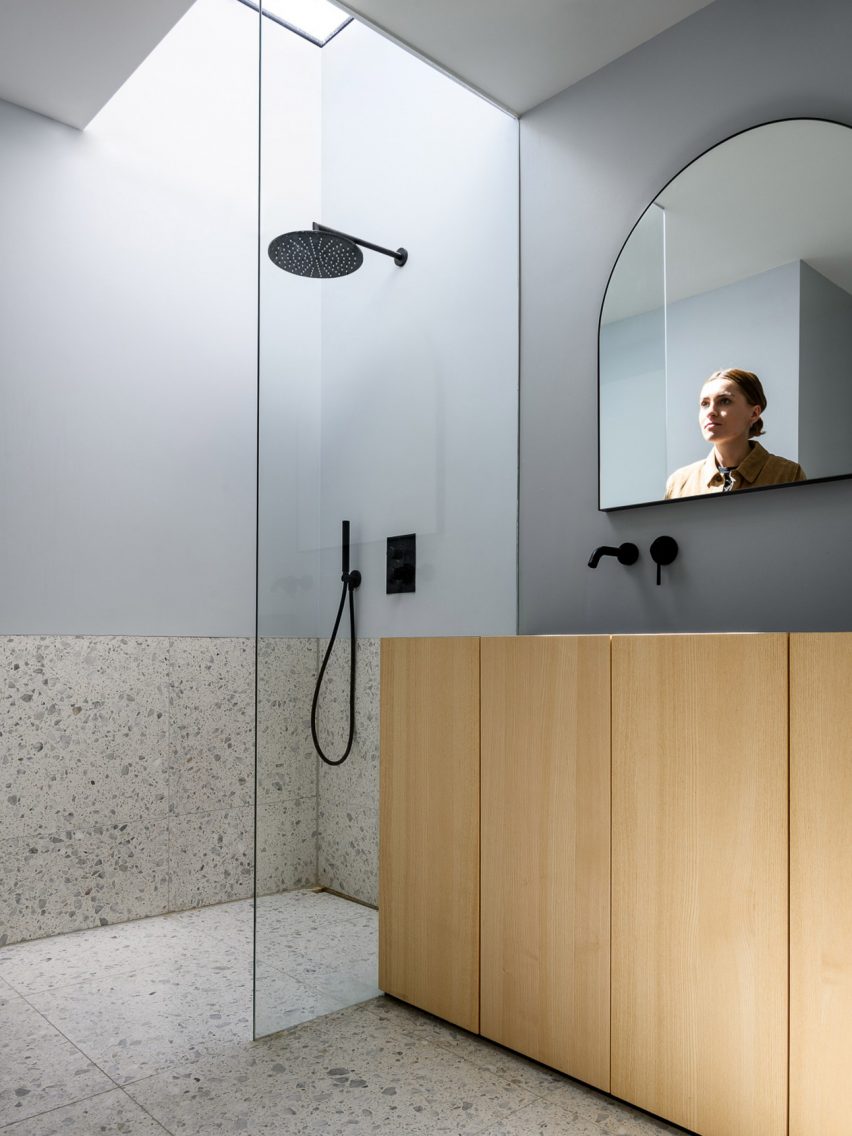 The bathroom, laundry room and a small guest room are accessed via a hidden door in the loft’s zinc and mirror-panelled wall.

The horizontal line that features in the living area continues into the bathroom, defined by a band of light-grey terrazzo that wraps around the shower cubicle. There is also a 95-centimetre-high wooden vanity cabinet, accompanied by an arched mirror.

Other components of the loft have been made to sit at the same height as the line. This includes the blocky grey kitchen island, which is inbuilt with a concrete sink and a small stove. Directly above hangs a black cylindrical extractor hood. 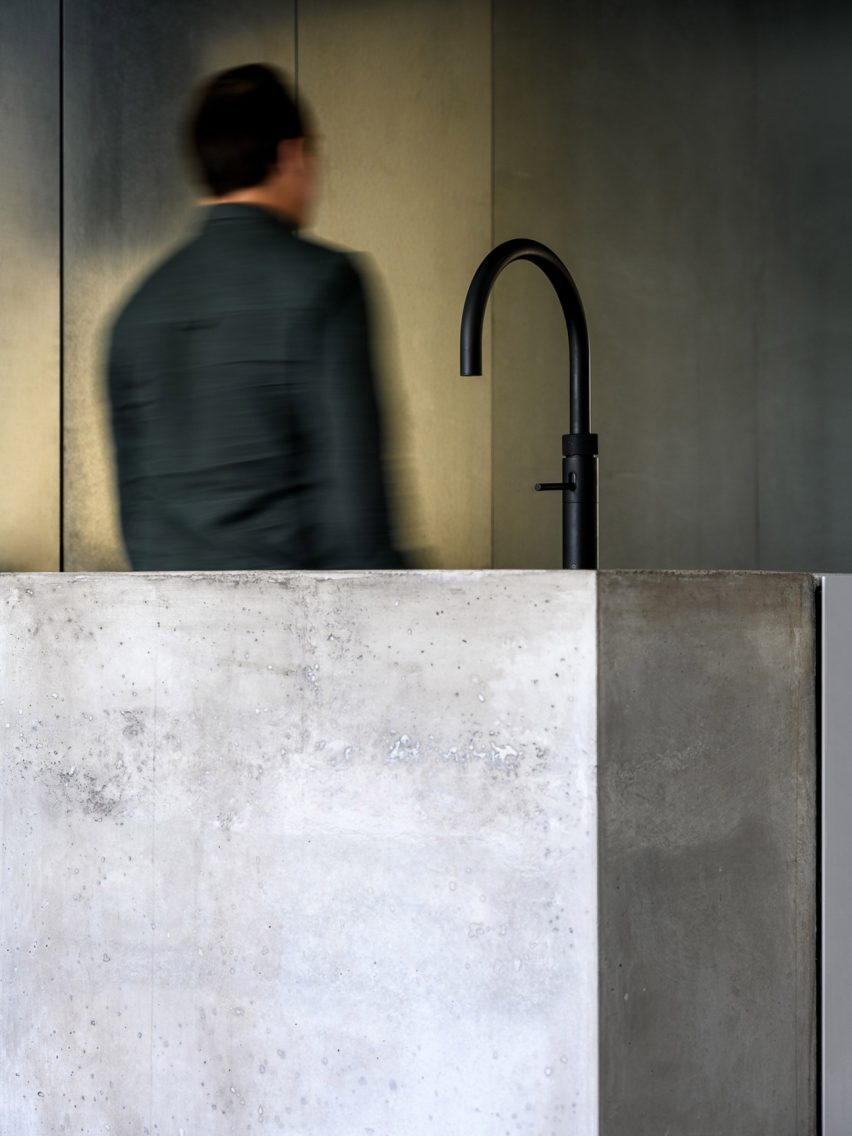 The kitchen island is inbuilt with a concrete sink

The loft used to only have two modestly sized windows, but the entire south facade has been replaced with a sequence of glass doors that bring in an abundance of natural light.

They’re fronted by a gauzy grey curtain that can be drawn across in the summer months to stop too much heat filtering through to the interior. Hot air can also escape from the electric hatch door that leads to the roof terrace.

The practice otherwise hopes that the subtle lustre of the zinc surfaces and staircase will further illuminate the living spaces. 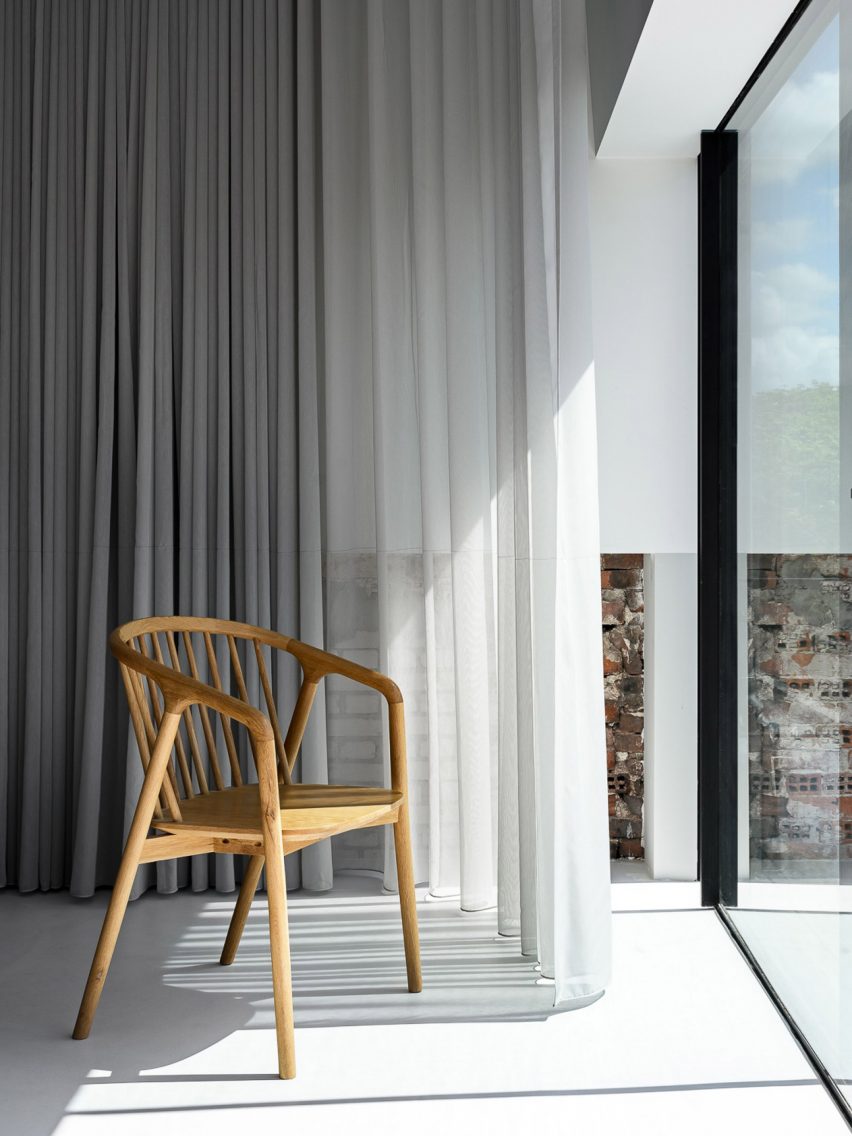 Firm Architects was founded by Carolien Roos and Niek Joanknecht.

The practice’s Amsterdam loft will compete against five other projects in its Dezeen Awards category – among them is Wood Ribbon, a flat in Paris that’s arranged around a sinuous plywood wall, and Roseneath Street, an apartment in Melbourne that features off-form concrete walls.

Photography is by Studio de Nooyer.