It’s a bit of an irony that to enjoy the best of what the world of alcohol-free drinks has to offer, you need to be a bit of a hop head in the first place – or, in other words, a beer-lover. Or, perhaps more accurately, not have a mental block about drinking the stuff. As with full-strength craft beers, there’s now enough booze-free choice out there to engage almost anyone who loves flavour, whether or not they identify as a beer drinker.

But why is alcohol-free beer so successful, especially when no-alcohol wine isn’t? The main reason is that the two main flavouring ingredients of beer, malt and hops, are still present, while brewers can, and do, add other ingredients to flavour their beers (cocoa nibs to porter, for example). Plus, it’s lower in alcohol to start with than wine, so there isn’t so much ground to make up.

Over the past couple of years, the market has really exploded. The drydrinker.com website now sells 220 alcohol-free beers, compared with 50 when it started out in 2015, most of which, according to founder Stuart Elkington, will appeal to “blenders” (that is, those who take days off drinking) as much as to non-drinkers.

That might surprise you, considering such products cost much the same as full-strength versions, but that’s because it’s expensive to put flavour into a non-alcoholic product. Many, such as Coast’s seven-grain, seven-hop DDH in today’s picks, use multiple malts and hops, and are double dry-hopped (DDH), which is an expensive process. (To get the full benefit, you need to drink these beers as soon after they’re brewed as possible.)

One slightly confusing aspect of the No-Lo category is what actually counts as alcohol-free. The regulations that required alcohol-free beer to be a maximum of 0.05% abv expired in 2018, so most producers now go with the European requirement of 0.5%. Others, perhaps more accurately, call that low-alcohol. If you’re just concerned to cut down, rather than cut out, I really like Gadds’ No 11 Ultra-Light Anytime Pale Ale (1.2%) from the Ramsgate Brewery (£16.80 for 12 x 33cl cans), which has a delicate sweetness and a structure that you still don’t quite get in a beer under 1%.

The great thing about AF beer, however, is its sheer variety. You can buy almost any style you like now – sour beer, fruit beer, porter – in an alcohol-free version, as well as hybrids such as Good Karma and Rock Leopard’s thirst-quenching 0.5% Culture Shock Radler, a Bavarian-style shandy that’s blended with lemon juice. In fact, there are so many good ones these days, if you see one that appeals to you, you may as well give it a try. If you’re not already a beer drinker, you may just find you’ve become a hop head.

Adnams Sole Star Low-Alcohol Pale Amber Ale £9.99 for 8 x 500ml bottles, 0.5%. A real bargain, with a really good, amber ale character. Better, to my mind, than Adnams Ghost Ship, and perfect, they say, with a pulled pork bap or a vegetarian pizza. 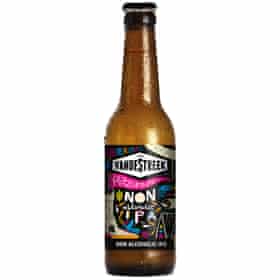 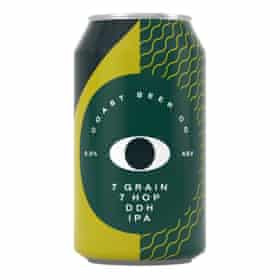 Coast 7 Grain 7 Hop DDH IPA £16.99 for 6 x 330ml cans, 0%. It’s hard to pick just one beer out of the Coast range, but this new release has so much complexity and flavour thanks to its seven different malts and hops (nelson sauvin, sabro, simcoe, azzaca, citra, columbus and mosaic). The Rolls-Royce of AF beers. 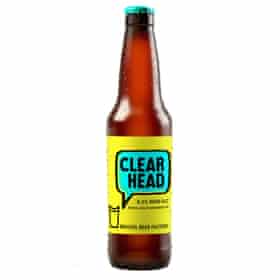 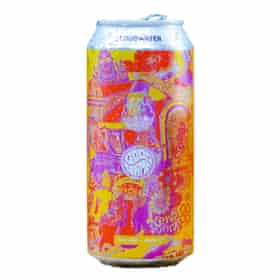 Cloudwater/Good Karma Free Your Mind 440ml as part of a £10 Cloudwater Collaboration pack at Tesco (not all the beers in it are AF), 0.5%. I’m a big fan of Cloudwater, and this is a great collaboration with AF brand Good Karma: fresh, citrussy and utterly delicious. Shame you can’t buy it individually.

For more by Fiona Beckett, go to matchingfoodandwine.com