Brooklyn-based Home Studios has filled an Italian restaurant close to Harvard University with plush booths and banquettes to introduce colour and texture to the space.

Bar Enza is situated in a prime spot on Harvard Square next to the Ivy League college in Cambridge, Massachusetts – just across the Charles River from Boston.

The project involved the revamp of an existing restaurant on the ground floor of The Charles Hotel.

To complement chef Mark Ladner’s menu, Home Studios pulled references from a range of regions and styles across Italy – from Rome’s trattorias to Milanese villas – and combined them to create interiors that feel elevated yet cosy. 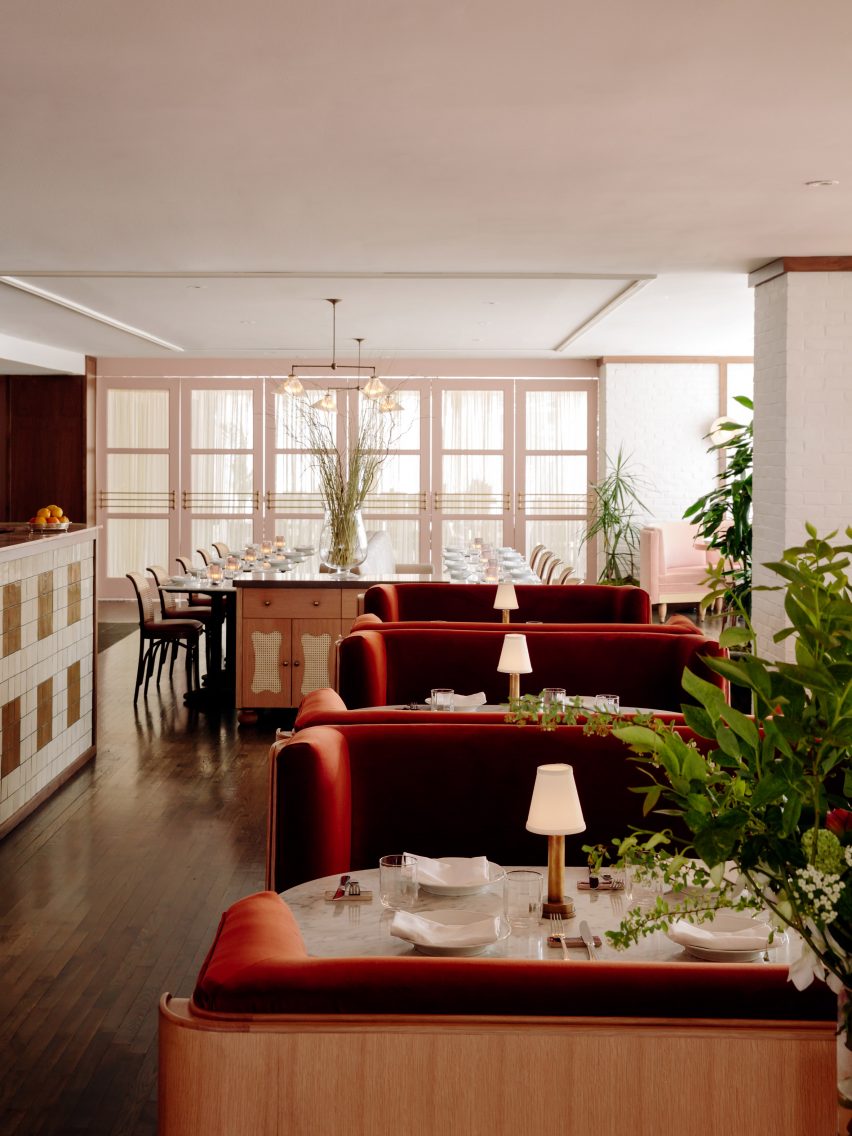 The restaurant’s original floors and ceiling were kept intact

Upon request of the client, the original ceilings and floors were retained. Meanwhile, brick walls were plastered and painted white to match the ceiling and to help brighten the space.

Freestanding tables and chairs were mostly swapped for soft seating, in the form of booths, banquettes and sofas covered in five different upholstery types to add variety. 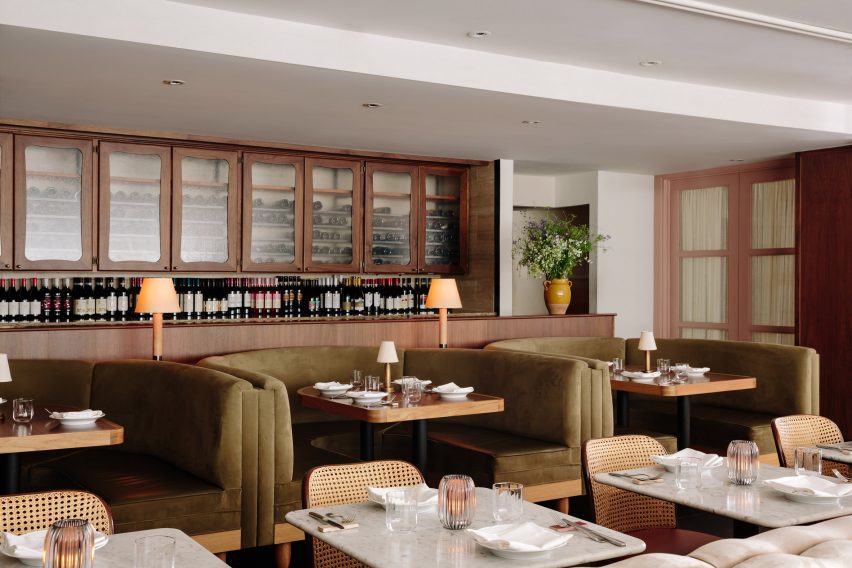 Five different fabrics were used to upholster the booths and banquettes

The building’s zig-zag glazed facade, which brings in plenty of light, creates niches that are filled with high-top tables surrounded by curved, pale pink booths.

Forming a row through the centre of the dining area, pairs of high-backed red sofas face each other across marble tables. 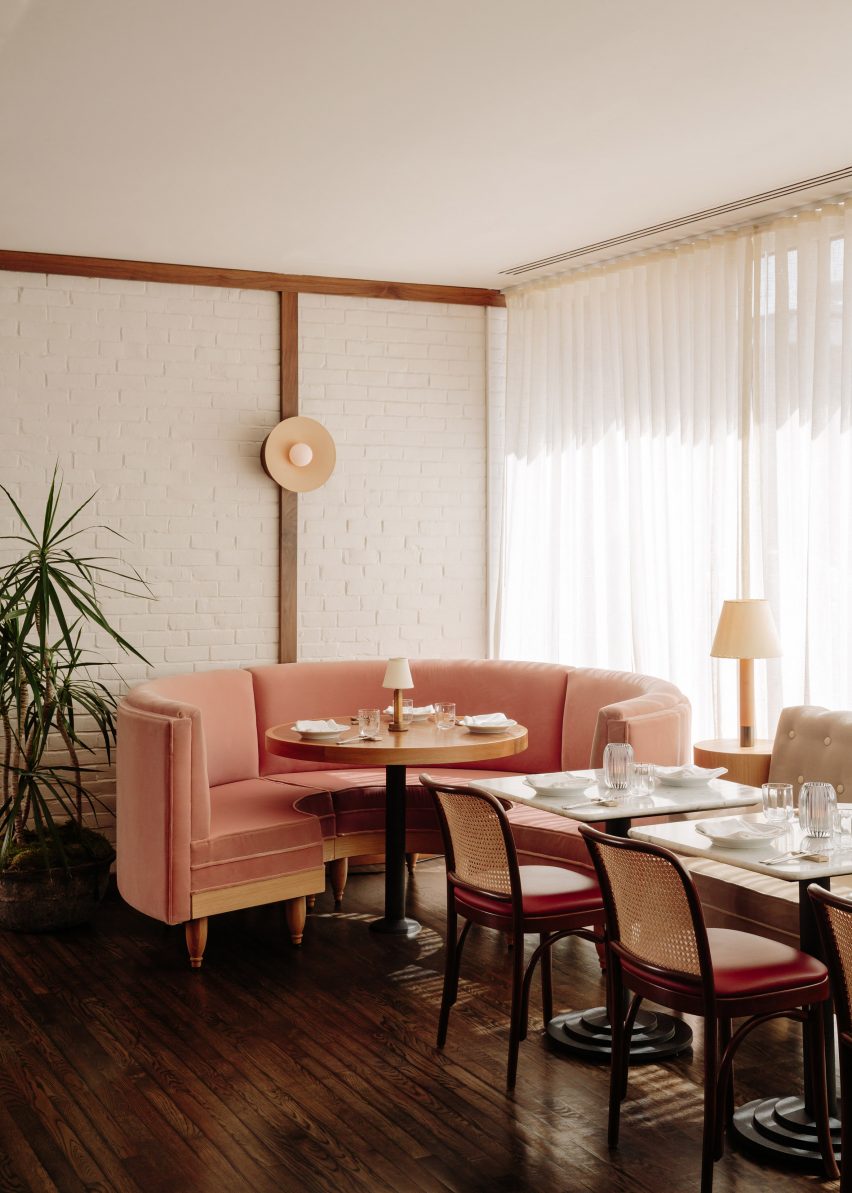 Brick walls were painted white to help brighten the interior 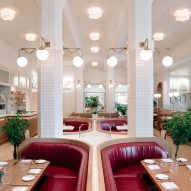 The service areas were kept largely intact, but custom millwork was added to refresh the materiality.

Shelving was also clad in warm woods, while textured glass and brass hardware were introduced as accents. 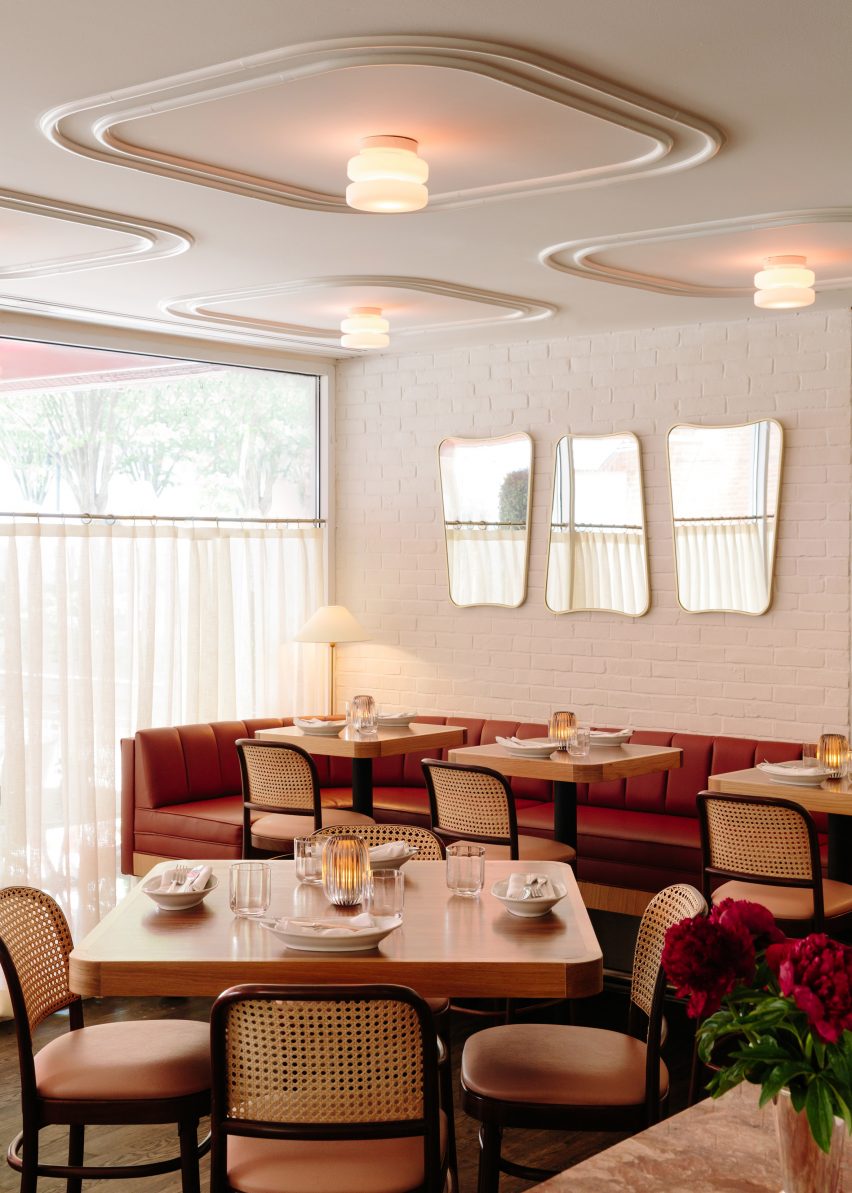 “The very elevated level of service meant for very specific requirements on the service area millwork and shelving,” said Haslegrave.

Time and budget restrictions meant that lighting was sourced. The selection of sconces, pendants and table lamps was chosen to create a “warm and sexy” feeling in the evening. 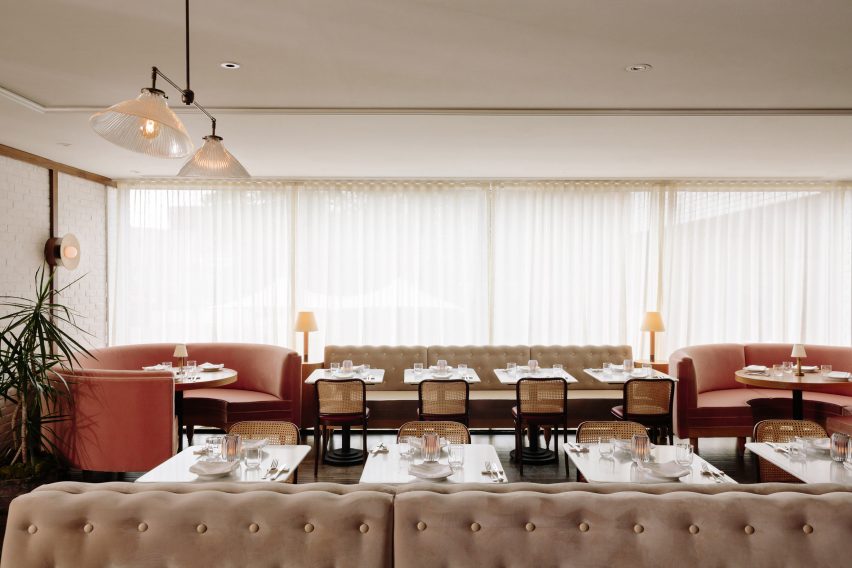 During the day, sheer curtains allow natural light to wash over the interior and allows the fabric hue to pop.

Home Studios’ previous bar and restaurant projects across the US include the Laurel Brasserie and Bar in Salt Lake City, The Harvey House in Madison, Wisconsin,and Bibo Ergo Sum in LA.

The photography is by Brian W Ferry.