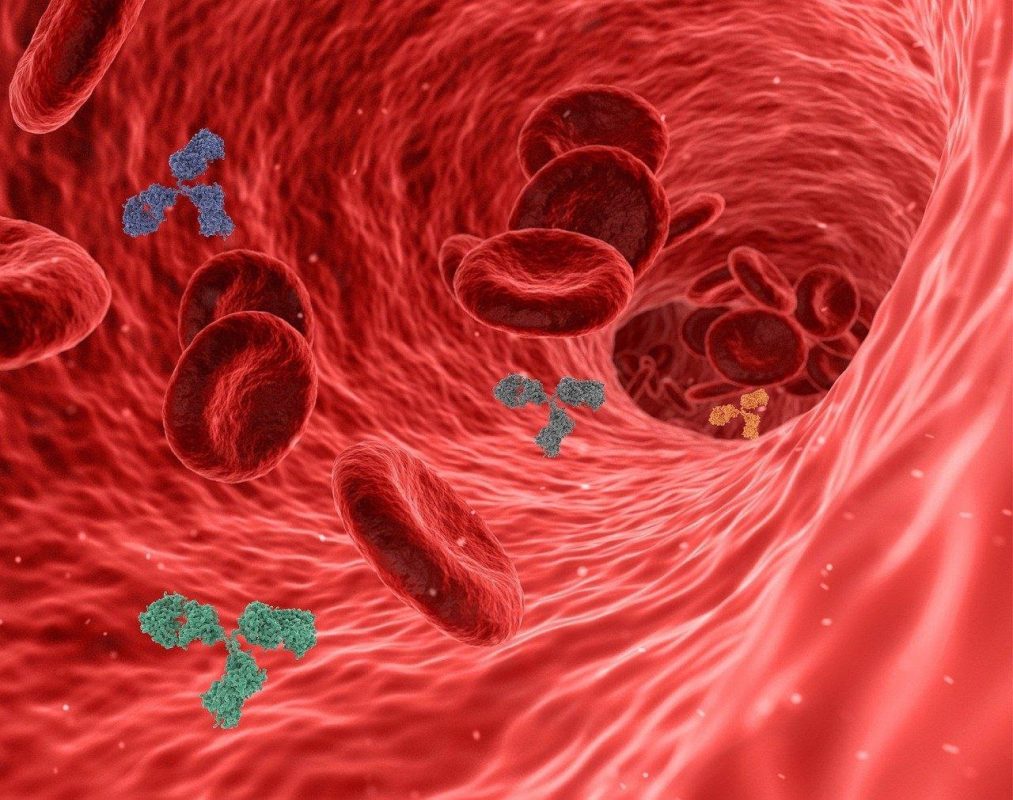 Antibodies are products of B lymphocytes (B cells) which are specialized white blood cells. When foreign substances, mainly harmful or infectious agents (Antigens), enter the body, the immune system can distinguish between antigen molecules and molecules found in the body. The B cells then instigate antibody production to combat the antigens.

This procedure can be replicated by introducing antigens into a test subject to produce specialized antibodies that can bind those specific antigen molecules.

Antibodies produced by B cells in response to the presence of antigen in the body are known as Polyclonal Antibodies (pAbs). Each polyclonal antibody recognizes a different epitope on the same antigen because it is derived from the immune response of multiple B-cells.

Polyclonal antibodies are a collection of immunoglobulin molecules that bind to an antigen, each of them identifying a particular epitope on that antigen. Its formation is by introducing or injecting antigen conjugates into a test subject to incite an immune response. The method is replicated, and over time, antibodies become specialized or effective against the target antigen. Following this, blood is extracted from the test subject and purified to obtain the specific antibody.

Unlike monoclonal antibodies, polyclonal antibodies consist of a mixture of antibodies representing the body’s natural response against antigens. This means that they have a greater probability of batch-to-batch variation. PAbs are created from many clones of B cells, so they can better recognize and bind antigens.

Additionally, the stability of pAbs allows their usefulness in various environments, including varying pH levels and salt concentrations.

Monoclonal antibody production starts with a single clone of B cells and recognizes only one epitope per antigen. B-cells become immortalized through fusion with hybridoma cells. This allows the production of identical monoclonal antibodies for an extended period.

Although recombinant antibodies (rAbs) are monoclonal, their production involves vitro genetic manipulation. They are created in vitro using synthetic genes. But invariance to monoclonal antibodies derived from hybridomas, the encoding sequences of rAbs can be controlled with precision, allowing for enhanced binding and reproducibility.

In research, control of antigens isn’t possible upon injecting it into the host in hybridoma-based systems. Producing recombinant antibodies allows for more control over antigens. This makes rAbs more reliable, and its reproducibility is more effective than that of mAbs. With its unique merit of precision control, adjusting experimental conditions becomes less challenging to isolate antibodies specific to antigens. These factors allow for improved control and reproducibility.

The technology used to produce rAbs is non-animal-based. So that without using animals, recombinant antibody creation can be possible. By excluding animal welfare and ethical concerns, rAb production is distinguished from traditional monoclonal antibody production.

Four peptide chains make up IgG antibodies, a large globular protein. With a serum level of about 75%, this antibody is the most common in humans. It binds and neutralizes toxins while activating all the classical pathways of the complement system.

This antibody governs how mucous membranes fight infectious agents and deadly pathogens. It is approximately 15% of the body’s total immunoglobulins.

Vertebrates produce the antibody in question. As a defense for the first exposure to an antigen, this antibody is the largest and most prominent. It regulates immune response.

Approximately 1% of the proteins on immature B-lymphocytes are IgD antibodies, which often coexpress IgM antibodies on their surface. Specific cells are activated to produce antimicrobial factors to protect against respiratory infections in humans.

B cells use it as an antigen receptor, and it may play a role in regulating B cell function after being introduced to antigens. Another antibody isotype is IgE.

There are a variety of antibodies, each with its unique properties and functions. A lesser-known category of antibodies is responsible for allergies. As these antibodies detect allergens, they release histamine and other inflammatory peptides. These compounds can produce allergy-like symptoms.

The role of antibodies is to bolster the immune system by aiding it in combating bacteria, viruses, parasites, and more. Yet, some types of antibodies fail to distinguish between the body’s protein and that of microbes. They attack it and cause harm to the body resulting in the well-known autoimmune disease.