PRINCE Harry is “haunted by a catalogue of grievances” – but has badly hurt those he wants to reconnect with most, says a royal expert.

Angela Levin, who wrote a biography on the royal, says she believes his recent bombshell interviews on his family may be a way to “cope”.

Prince Harry remains ‘haunted’ by his mother’s death – and ‘aches’ to reconcile with his family, his biographer saysCredit: pixel8000

And despite claiming he lived a “nightmare” life as a royal, Harry is ‘aching’ to be reunited with his loved ones.

But a true reconciliation may yet be distant because of the damage he has done, she said.

Writing in the Telegraph, Ms Levin said: “Despite his new life, I suspect he is unhappier than we think, and remains haunted by a catalogue of grievances.”

She questioned why he has “been negative” about his brother, when previously he said William was the only one he “could trust”.

Elsewhere, in 2018, Harry said of father Charles: “I don’t think people realise quite how kind he is.”

“During his conversation with Winfrey, he insisted he was being ‘compassionate’, told ‘the truth’ and hoped that it would leave room to reconcile with his family,” Ms Levin said.

“Yet he has badly wounded the very people he seemed to be trying to reconnect with.

“It makes one wonder if the outpouring of the pain and frustration he has felt about his family and his brutal verbal attacks have been a way to cope with just how much he still misses his mother, and how much underneath it all he aches to get his family back.

“If he doesn’t, surely he wouldn’t bother talking about them.” 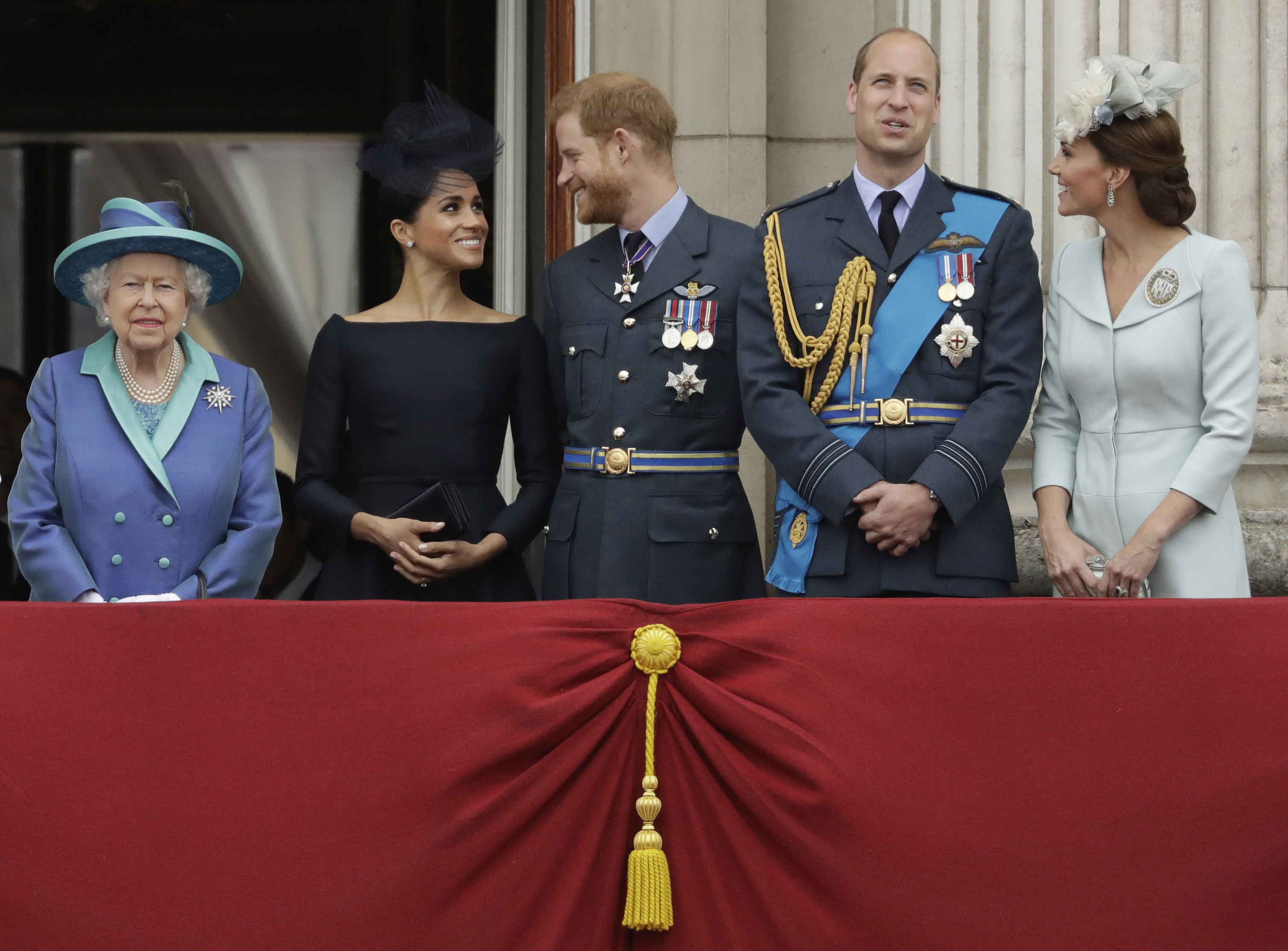 Angela Levin says Harry has a ‘catalogue of grievances’ he is unable to shakeCredit: AP 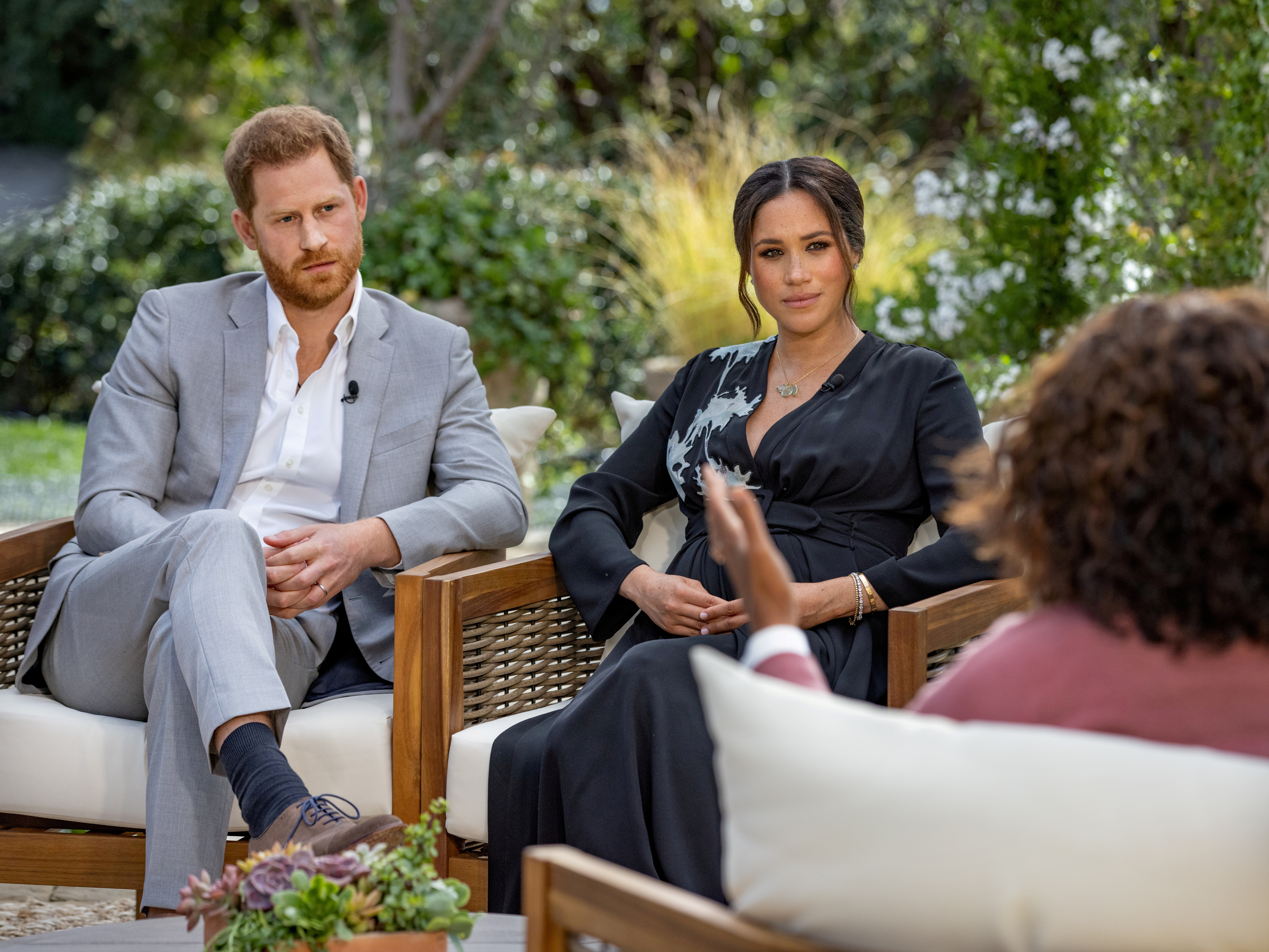 The prince has recently carried out a string of interviews during which he has criticised his family, and particularly father CharlesCredit: Reuters

Since the initial Oprah interview aired on March 8, Harry has given a series of interviews said to have been deeply distressing for the royals.

Opening up in his new five-part AppleTV+ docuseries, he accused his family of “total silence” and “neglect” when Meghan was suicidal and claimed his father made him “suffer” as a child.

He also insisted he would not be “bullied into silence” when he alleged The Firm “trapped” and smeared both he and Meghan.

However, in what has been seen by some as a step to reconcile with the royals, Harry and Meghan named their baby daughter Lilibet ‘Lili’ Diana.

The tot was named for the Queen – who was known by her close family, including her husband and grandfather, as Lilibet – and Harry’s late mother.

And Ms Levin said the little one could help resolve any split between the family.

“Before she is even a month old, Lilibet could yet prove herself to be a ‘Band-Aid baby’ – a sticking plaster in royal form to return the family to some form of normality after the turbulent year and a half since Megxit sparked several rounds of very public – and occasionally painful – soul-baring,” she said.

The monarch’s 11th grandchild arrived just days before both Prince William and Harry are expected to reunite together in public at the unveiling of a statue dedicated to their late mother.

It’s believed he will return to the UK for the event.

Roya Nikkhah, the Royal Editor at The Sunday Times, told Kay Burley on Sky: “I think we can expect to see him travel within the next few weeks and he is due to unveil that statue.”

It will be the first time since Prince Philip’s funeral that the brothers will be together.