HALFORDS has created 1,100 temporary jobs during the festive season after seeing a surge in demand for bikes.

In its latest company results, Halfords reported an 148% increase in online sales, including a 184% rise in sales of electric bikes. 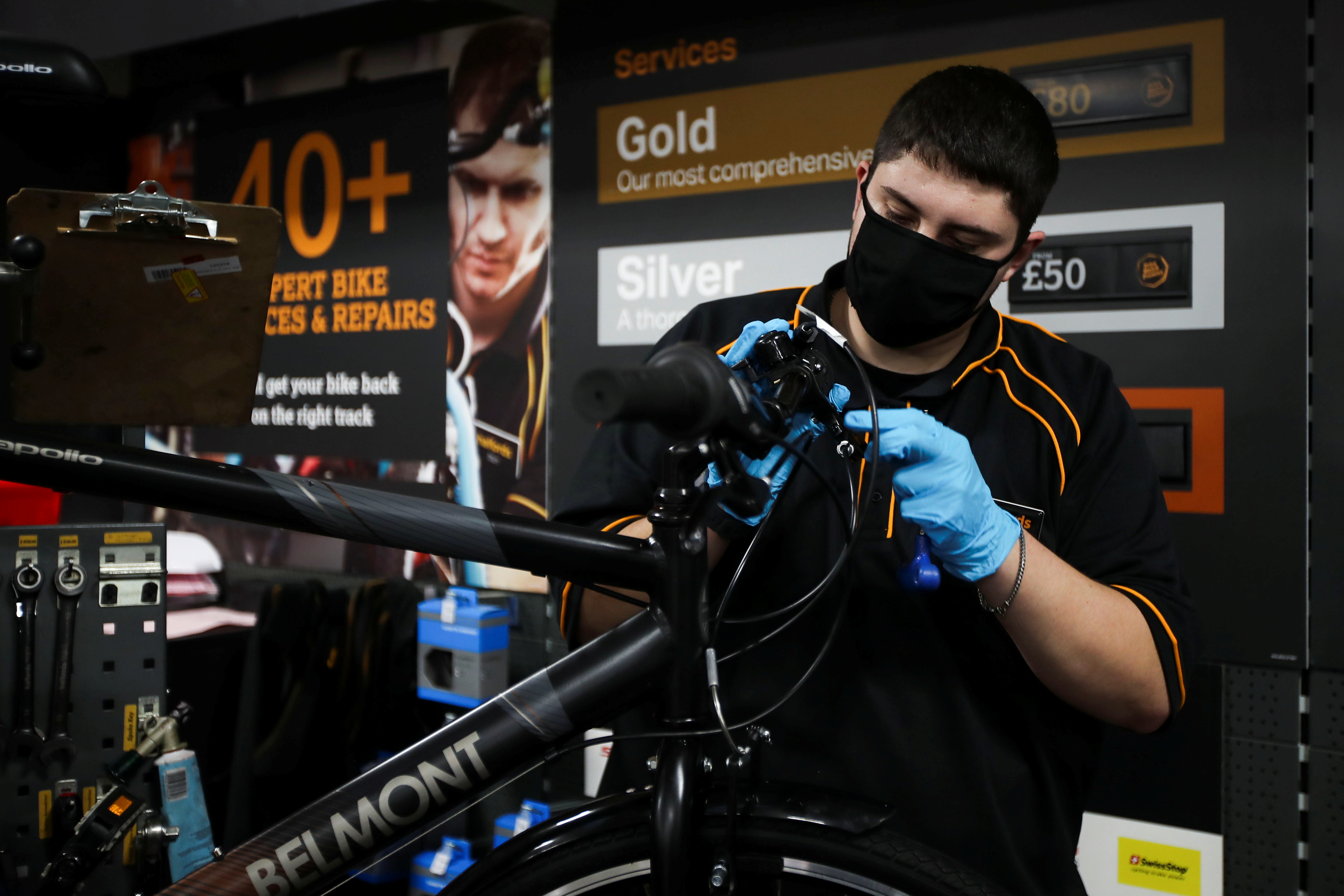 You could bag yourself a job at Halfords this Christmas thanks to its recruitment driveCredit: Reuters

The temporary jobs are in addition to the recruitment of a wide range of permanent service-related jobs across Halford’s stores, Autocentres and mobile vans.

They involve to working up to 20 hours a week between now and until the end of Christmas week.

Of the cycling demand, Paul Tomlinson, cycling director at Halfords, said: “There has been huge interest in cycling this year as the public seek alternatives to public transport and as a way of keeping fit.

“As a result we’ve seen a massive surge in demand and sales of bikes and cycling products.

“We have had tens of thousands of customers on waiting lists for deliveries and this has continued beyond the traditional summer peak, particularly for adult bikes as lockdown continues.

“Kids’ and junior bikes also appear to be one of the most wanted Christmas presents this year.

Earlier this year, the Government also launched a voucher scheme to encourage people to get out riding during the pandemic.

There are 500,000 £50 vouchers available, with the coupons given out in stages on a first come, first served basis.

The first round of 50,000 vouchers were released at the end of July and they went within hours.

Last week, a further 50,000 were released in a second batch.

Halfords, much like many chain and independent bicycle stores, is taking part in the drive.

If you want to apply for a job, the best thing to do is to visit Halfords’ careers website.

We’ve asked Halfords what jobs are on offer and what the pay rate is and we will update this article when we hear back.

Amazon, Argos, John Lewis and Waitrose, Royal Mail and Tesco are just some of the companies that are also recruiting Christmas temps this year.

From delivery driving and warehouse work to sitting at the checkout counter there’s plenty of opportunities to earn a little extra in the run up to the festive period.

If you’ve recently been redundant, here’s five top tips of what to do next.

Poundland is also recruiting people for its seven new stores and we’ve revealed where they’re going to be.

And here’s how to make your CV stand out by giving it a makeover using free online tools.