THE BRITISH gran who detailed her VERY graphic sex life sends a sweet message to her 36-year-old Egyptian lover on Facebook, saying ‘you are in my heart forever’ – as they’re forced to live apart.

Iris Jones, 81, from Somerset, flew to Egypt where she married Mohamed Ahmed Ibriham in November after meeting on Facebook last year – but they’ve since spent weeks apart as he remains in his homeland.

Iris Jones, 81, married her toy boy, 36, in November but returned to the UK while he remains in EgyptCredit: Facebook

The loved-up gran shared a GIF (an animated image) online which showed a love heart formed out of rose petals, and tagging her Mohamed, she wrote: “For my husband”.

Expressing her love for her man, she also wrote in the comments: “You are in my heart forever.”

The sweet message was clearly received by Mohamed as he responded with an equally-gushy comment.

Along with a string of emojis, he wrote: “I am for you forever” to which Iris replied: “Thank you my honey. 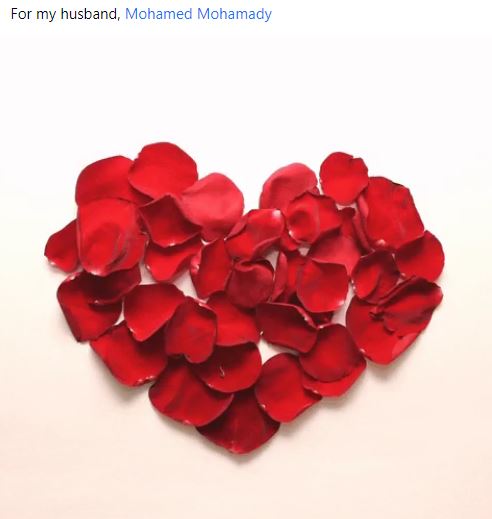 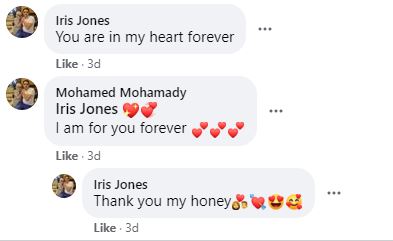 This comes just weeks after Iris admitted to feeling “skint and alone” after returning to the UK without her lover.

In January, the pensioner had Holly Willoughby and Philip Schofield in hysterics when she boasted about using “an entire tub of KY jelly” during her first night of passion with Mohamed.

Now, her new husband is reportedly struggling to secure a spousal visa for the UK with Iris unsure about when they will be reunited.

Previously speaking to Metro, she revealed that she is relying on Mohamed joining her in her Somerset bungalow as she won’t be returning to Egypt for the fourth time. 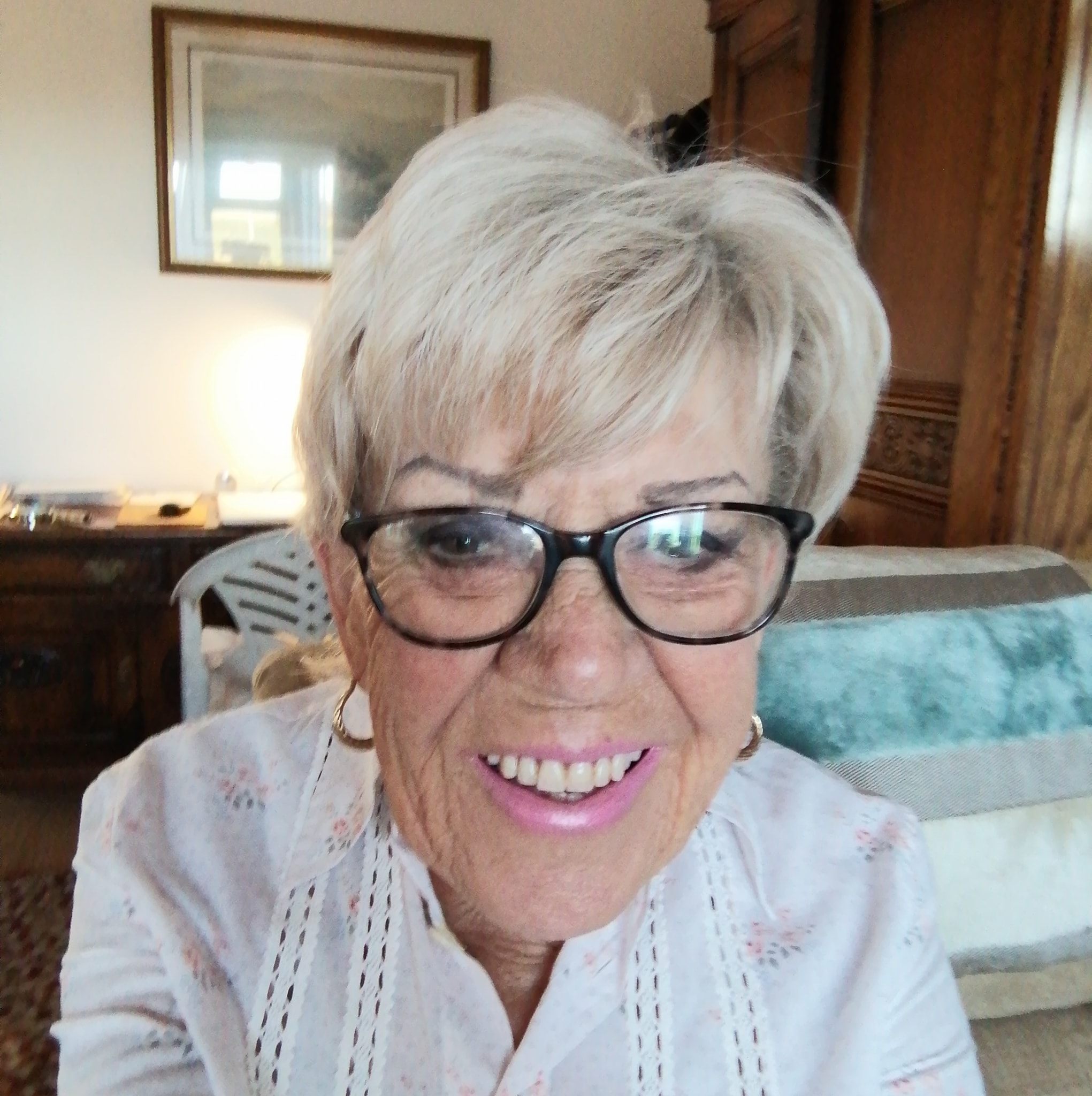 Iris returned to the UK and is desperate for her husband to join herCredit: Iris Jones/Facebook

Iris admitted that the trips so far have been very expensive and that the environment in Egypt is ill-suited to her health.

Breaking down in tears, she told the publication: “I get days when I’m alright and other days when I’m just crying all the time. I’m separated from someone I love, it’s so hard. I haven’t got time on my side, his lawyers know that.”

She said that she’s been “at Mohamed” about insisting his law firm “hurry up with the visa” and that she “doesn’t know what the delay is”.

The wait certainly hasn’t been easy for Iris who said she’s been “suffering from headaches and stress”, desperate for her man to join her.

She said: “I’m going to the doctor to get a letter saying I’ve got so many health issues I need my husband with me in Britain, hoping they’ll bend the rules a bit and let him come over and look after me.”

The couple married in November after meeting on Facebook last year Credit: Refer to Caption

As Mohamed has been unable to secure the necessary paperwork to move to the UK, Iris had to spend Christmas with her family in the UK.

Speaking ahead of the festive season, she said: “I will be spending Christmas with Stephen, his wife and my step-children. But I will still be wearing a mask and not touching any surfaces. I don’t want to be on my own.”

Following their This Morning interview, Iris’ son Stephen Jones, 53, told The Sun that the couple’s relationship had torn his family apart and vowed to NEVER Mohamed his stepdad.

However, Iris has now revealed that both Stephen and her younger son Darren, 53, have come to terms with her relationship. 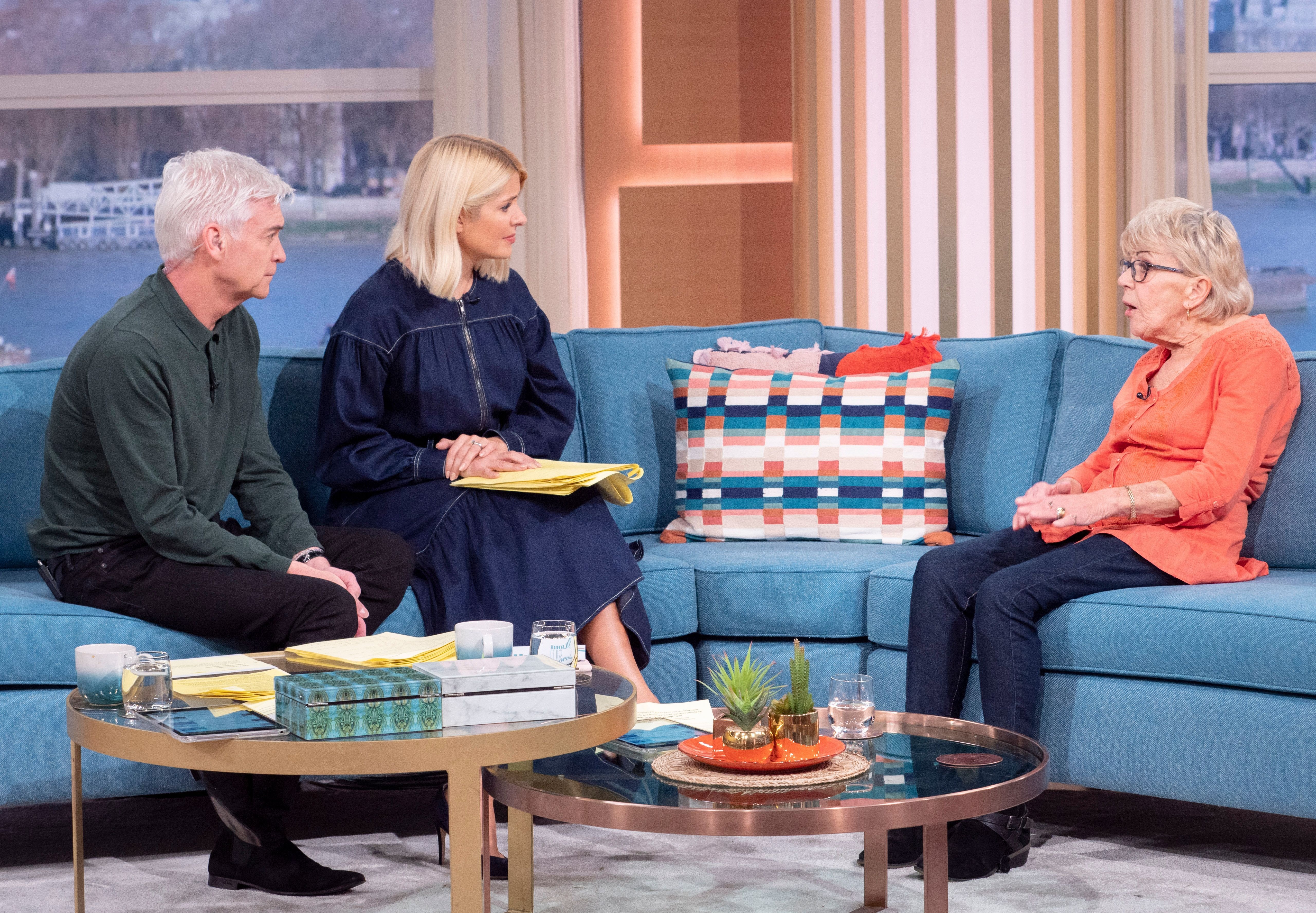 She said: “My boys are now accepting of the fact that this is genuine. We genuinely love one another.”

The grandmother flew out to Egypt in November and later admitted that they’d gone to bed together just hours after meeting.

Mohamed reportedly gave up his job as a welding inspector to spend more time with Iris in Cairo. 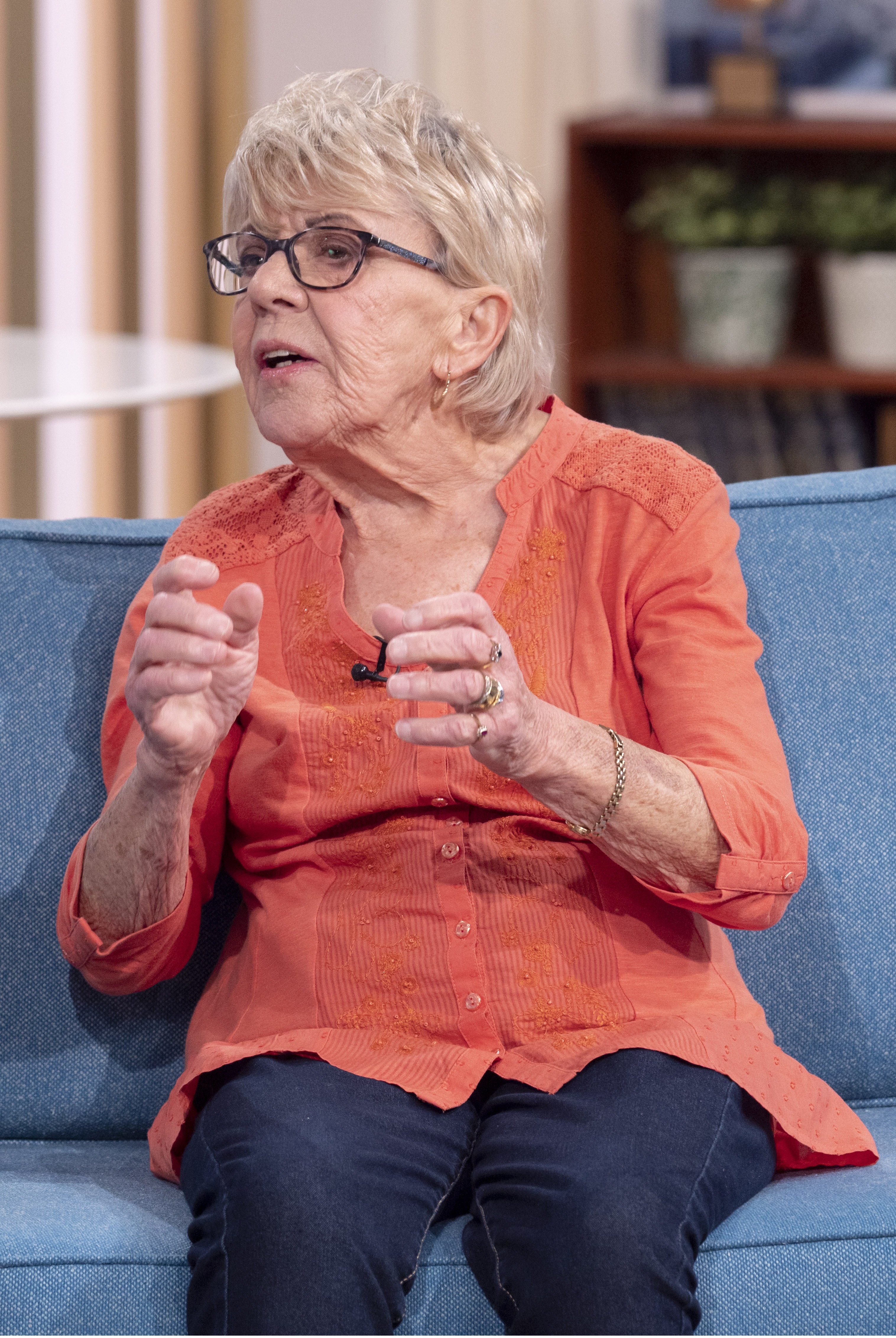 The gran is desperate for Mohamed to join her in the UK Credit: Rex Features

He previously told the Daily Mail: “I was very nervous but the moment I laid eyes on her I knew that it was true love. I’m a very lucky man to have found a woman like this.”

Since returning to her home in Weston-super-Mare on December 11, Iris said she is looking into selling her bungalow so she can relocate to Bristol or Birmingham with Mohammed when he gets his visa.

She added: “I have told Mohamed he has to come here to see me but if he is not granted a visa, I don’t know what’s going to happen.

“He wants to come over here to look after me. All I want is for us to be together.”

For more real life stories, this woman revealed her cancer diagnosis led her to finding the love of her life during lockdown and now she’s pregnant.

And this wife shared a heartbreaking love letter her husband he penned before dying of Covid urging her to live with ‘no regrets’.

Plus this millionaire Brit dad revealed his daughter, 21, spent £33k on Christmas presents – but then couldn’t be bothered to wrap them.

This Morning’s Holly and Phil told off by 81-year-old’s angry lover, 36, for calling him a ‘toyboy’ as he tells critics ‘Go to hell’

Germany could be forced to pen anti-vaxxers into restricted areas if they don’t get jab to halt Covid, Merkel reveals

Dad, 57, stabbed wife, 50, and daughter, 24, to death almost 40 times then set himself on fire during lockdown

How Reading and Leeds Festival and others will look in 2021

I live in a huge mansion but I hate spending money