Based in Doha, Qatar, she settled in the Middle East after meeting her pilot husband, Don, 59, while working as an air stewardess.

Andrea, who is mum to Ryan, 12, said: ‘I just do the focaccias to relax – some people paint, I decorate focaccias.

‘But since I posted some photos, they’ve been viewed nearly 100,000 times. I even had a friend in Florida saying her best friend in Cuba had enjoyed seeing something that had my name on.’ 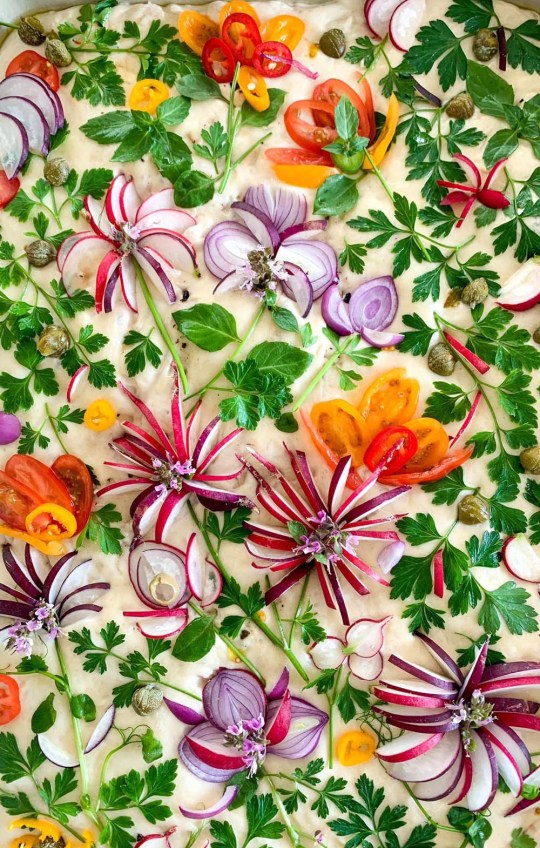 Each one can take up to six hours (Picture: Collect/PA Real Life)

Using her Fridays off – with that being the holy day of the week in the Muslim country – to gather her ingredients, she spends up to six hours making each piece of focaccia art, which have often be mistaken for paintings online.

She never eats them herself, because of her low-carb diet, but her son loves them.

‘The focaccias aren’t served at the café, though – they are my hobby,’ said Andrea.

‘They take at least four to six hours each to make, although the dough takes longer than the decorations, because it has to rest at room temperature to rise. Then it’s double-proofed- so you make the dough, let it rise, punch it down, put it in the pan and let it rise again. 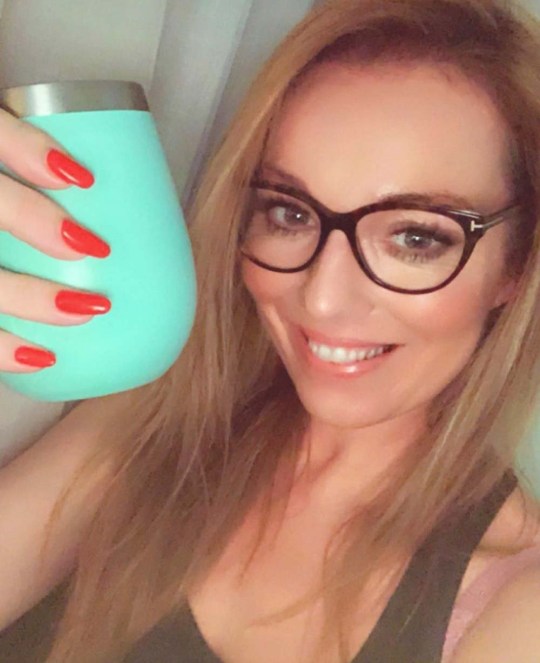 ‘My last one took an hour to decorate. While waiting for the dough to rise, I’ll make pizza dough as well, as it’s the same recipe. I’ll also be deciding on ingredients and chop them – I grow all my herbs on the veranda.’

Andrea, originally from Belfast, Northern Ireland, often takes inspiration from events in her and her friend’s lives.

She said: ‘My last one was inspired by a friend who recently died of cancer.

‘I hardly ever eat bread. Everyone eats my focaccias except for me. My son, particularly, loves focaccia, so when I make it he eats it – but he picks all the stuff off, because he doesn’t touch vegetables!

‘And if I’m invited for dinner by friends, instead of bringing flowers, I bring focaccia as a hostess gift.’ 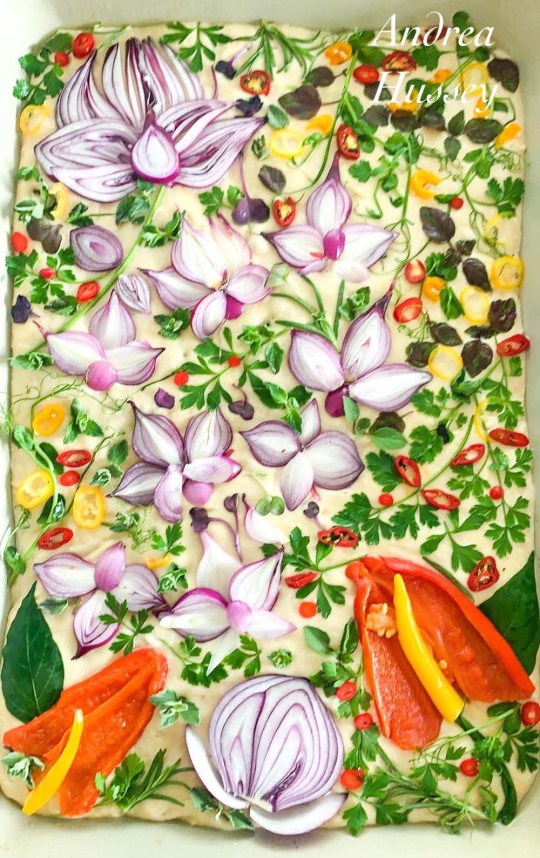 Andrea has been making focaccias for years, but only started really pushing the boat out with her decoration when she decided to make one as a gift for a hostess.

She added: ‘My second one was made to cheer up a friend, because it was the anniversary of her mum’s death.

‘I’ve always loved plating meals, because I’m creative, and I acquired a huge social media following because of this. At the end of the day, you eat with your eyes.

‘Just like an artist, I use the dough as a blank canvas, then I get the ingredients and go freestyle.’ 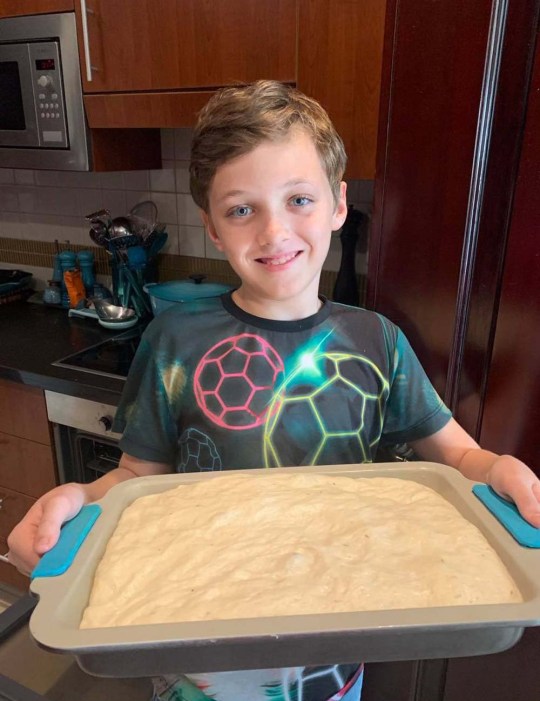 Even though she’s not a trained chef, she got her job at Zest thanks to the fact that she co-ran a group on Facebook called Doha Foodies – for people who are passionate about food and with 16,000 members – for three years.

She said: ‘My passion really took off when I was flying. I did a lot of specialist charter flights and would chat to the chefs on board. 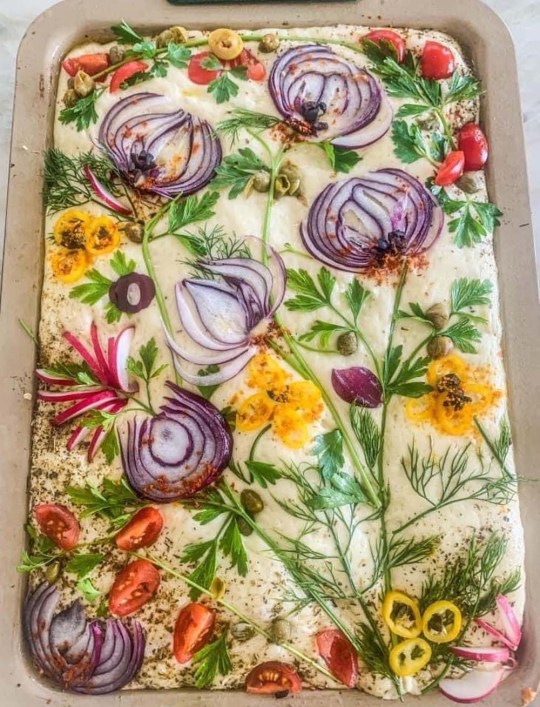 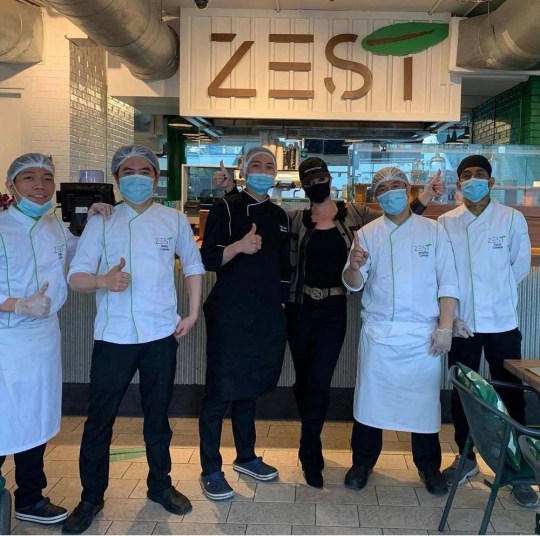 ‘When I went all around South America and Asia, if there was a place to learn how to cook I’d go there, as well as doing courses in Thailand and Bali.’

She didn’t always want to work with food, and had initially planned to be a fashion and textile designer.

That was until she turned 21 and took a year out to work on planes as cabin crew. 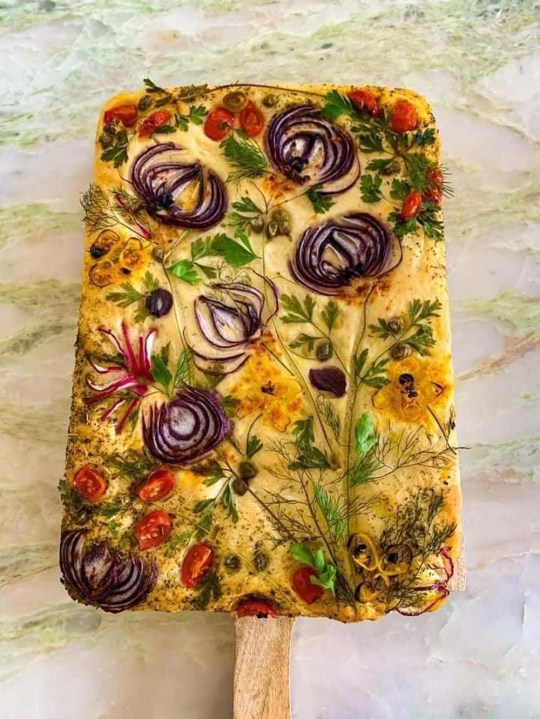 When she met Don after 12 years working for airlines, she left that job and the couple moved to his native Canada where they had their son before moving to Qatar for Don’s work 11 years ago.

Also interested in the food of Sri Lanka, where she and her husband built a villa, she said: ‘I grow my own vegetables and spices and we make our own curry powder from stuff that’s growing in our garden there.

‘I’ve got coconuts, passion fruit, pineapple, cinnamon, pepper, many different things, and I want to start a cooking school there with guests being trained by chefs.’