WHEN my oldest daughter was about six, she asked me: “Mummy, do you know what being gay means?”

Having vowed to always tell my kids the age-appropriate truth when they asked a question, I launched into: “It’s when a man loves a man, or a woman loves . . . ”

Times have changed, of course, but while it’s important that kids know there are alternatives to heterosexualityCredit: Getty – Contributor

But she interrupted me with, “No, I know what it means. I just wanted to make sure that you did.”

Although there were same sex couples in our close social circle, I had never felt the need to label it, so presumably “being gay” was something she had learned in the school classroom or playground.

Fair enough. Back in the days before electricity, sex education at my primary school consisted of a Family Circle pamphlet about birds and bees, progressing to a book called Where Did I Come From? at secondary. 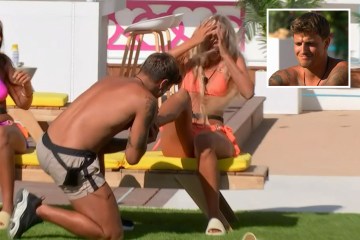 It explained: “The man wants to get as close to the woman as he can get, because he’s feeling very loving towards her. And to get really close the best thing he can do is lie on top of her and put his penis inside her, into her vagina.”

Fear not, although it sounds like sexual assault, there was some preamble about the couple loving each other first, etc.

Amusingly, the book also pointed out that, while the “tickly feeling” is very nice, couples don’t do it all the time because it’s “very tiring.

More than playing football, or running, or skipping, or climbing trees, or almost anything”. Indeed. The rest of my sex education came from the problem page in Jackie magazine.

Times have changed, of course, but while it’s important that kids know there are alternatives to heterosexuality, the teaching should be age-appropriate and factual, not agenda-driven.

And crucially, parents should know what their children are being taught, so they can have informed discussions at home.

So recent reports that certain schools are keeping parents in the dark while pushing contested gender theory as fact are deeply worrying.

Education Secretary Nadhim Zahawi seems to agree and, this week, insisted parents should know what sex education their children are being taught and reiterated a commitment for teaching guidelines on the issue.

Trouble is, a lot of schools outsource sex education to agencies with different outlooks (and, in some cases, agendas), leading to what one MP described as a “Wild West” scenario.

‘A plethora of deeply inappropriate material’

Worse, the agency staff don’t need qualifications in education or child development and there is no regulation of their curriculum.

Last week, MPs were told that some parents said their child showed no sign of questioning their gender until they attended the relationship and sex education (RSE) classes that were made compulsory in 2020.

Now, 79 per cent of secondary school teachers have pupils presenting as trans or non-binary. Tory MP Miriam Cates, a former biology teacher, said last week that the rise in children wanting to transition was “a social contagion, driven by the internet and reinforced in schools”.

She added that children are being exposed to “a plethora of deeply inappropriate, wildly inaccurate, sexually explicit and damaging materials in the name of sex education” and that gender ideology “has no basis in science”.

We have come a long way since that “tickly feeling” but the Government must ensure we do not go too far, too soon with impressionable young minds.

Meanwhile, schools should simply give pupils the facts, good and bad, while simultaneously teaching the vital skill of critical thinking, so they can make informed decisions about their sexuality in their own time.

But most of all, if you simply teach kids to be kind and respectful of other people’s beliefs and (within the law) choices, then the world will be a far happier place. 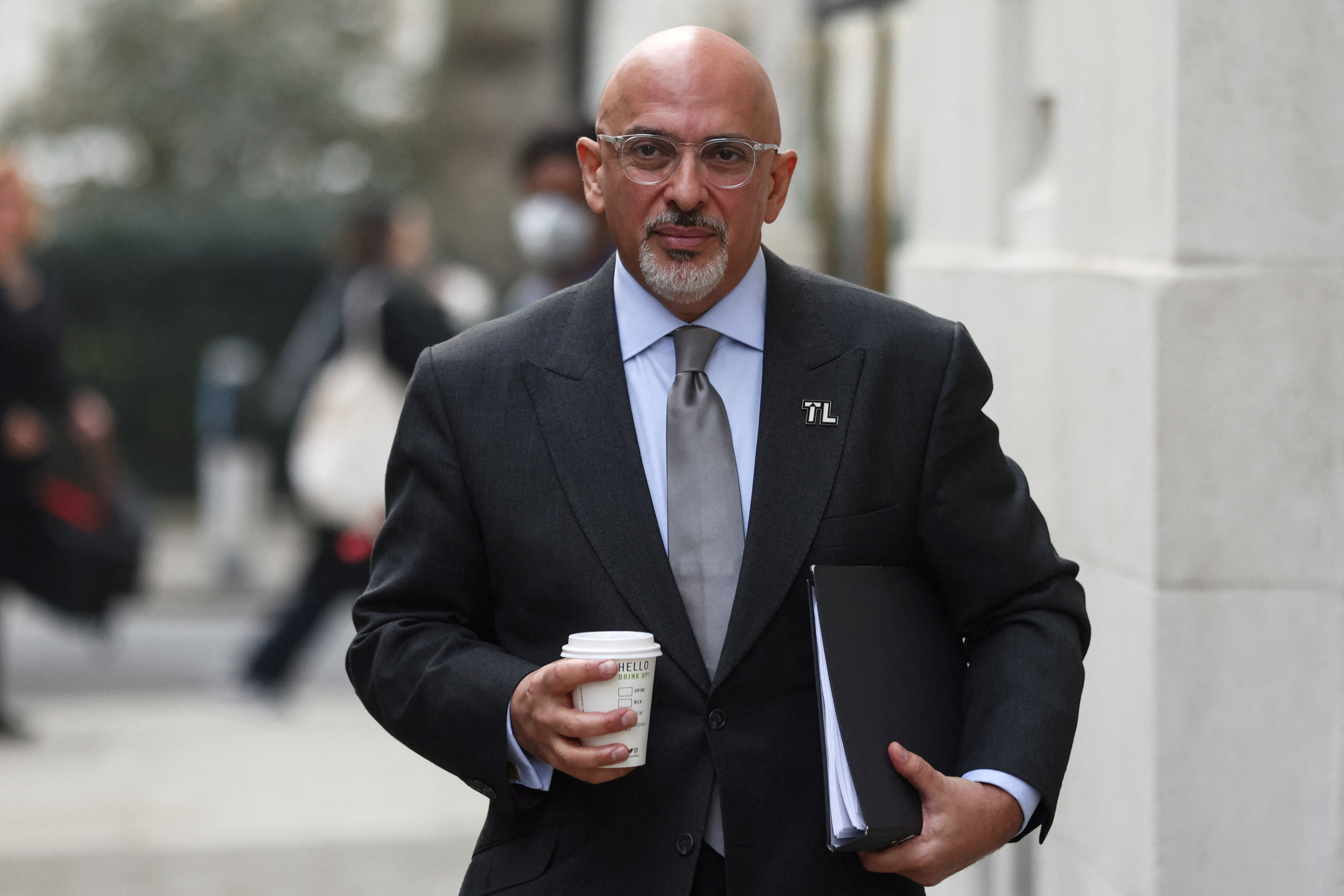 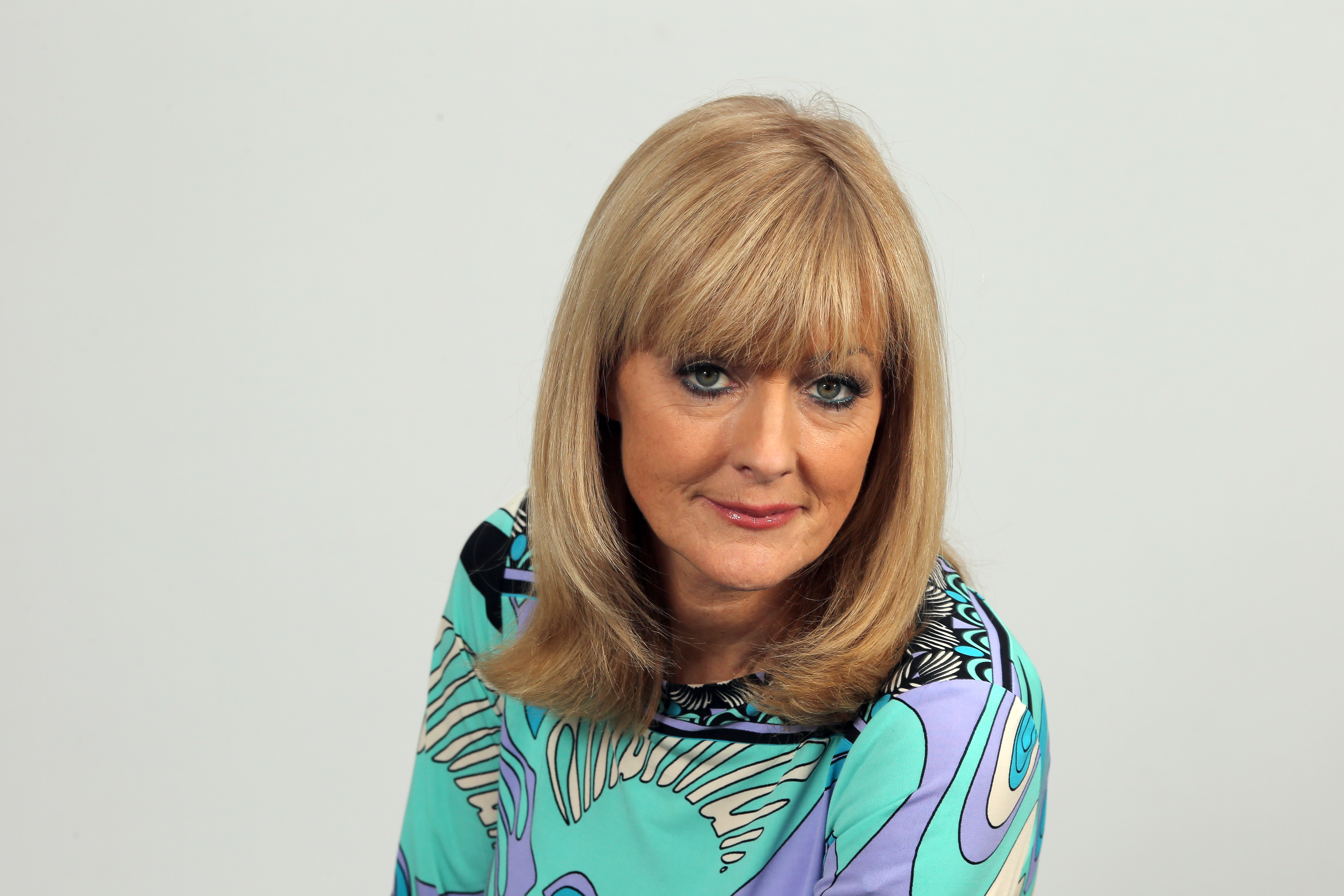 If you simply teach kids to be kind and respectful of other people’s choices, then the world will be a far happier place, writes Jane MooreCredit: Jon Bond -The Sun 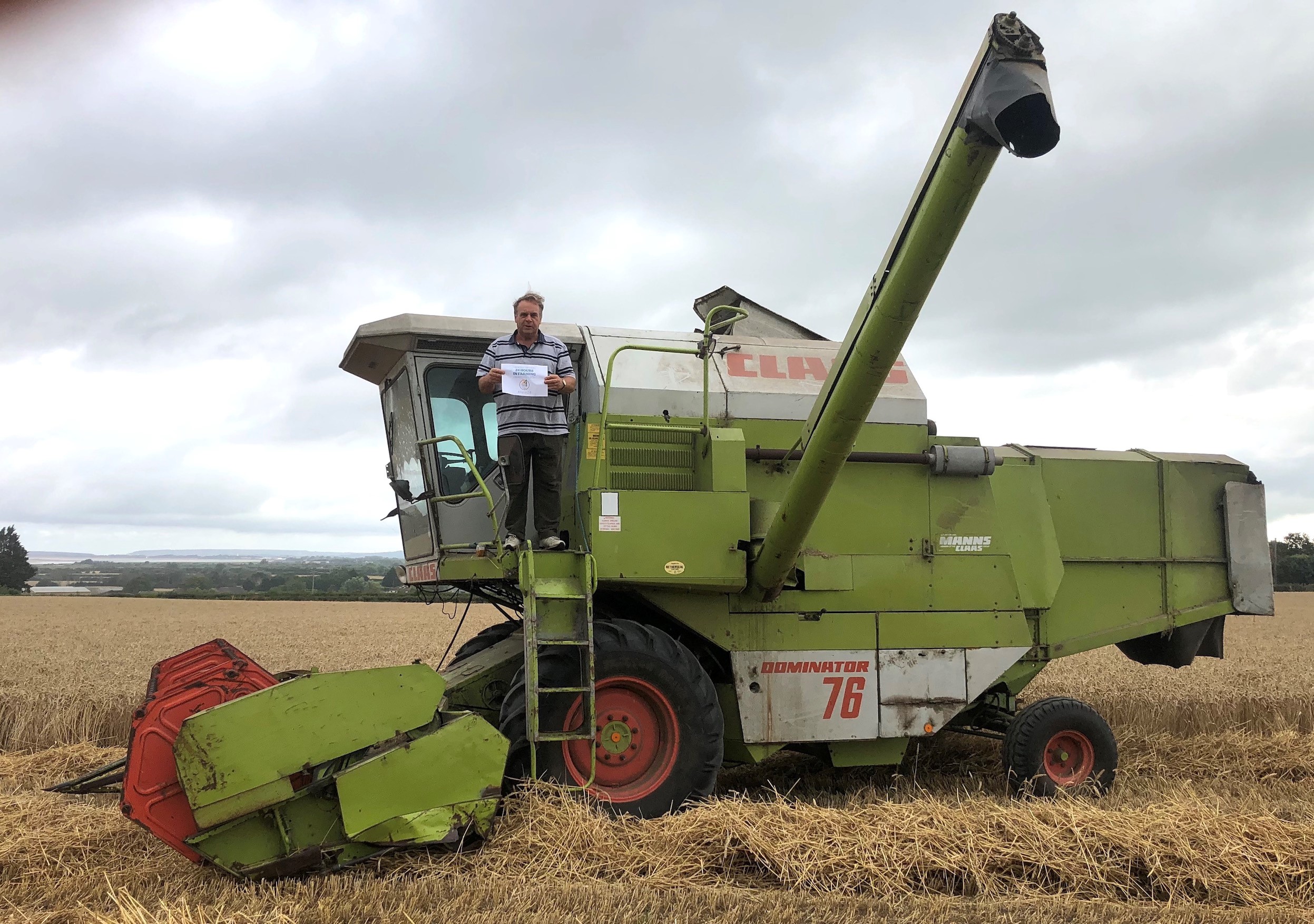 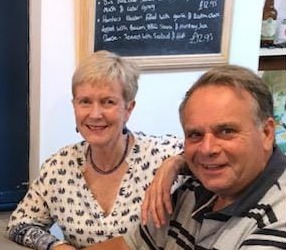 The ex-farmer said ‘She knows I’m no angel’Credit: Facebook

He adds: “If you were mad with every man who looked at pornography, you would not have many wives in the world.”

True. But that’s not the point here, is it?

Mr Parish was forced to resign because he not only viewed pornography in his supposed place of work, but in a public forum where others (notably, two female colleagues) could see what he was up to and were made to feel deeply uncomfortable.

If he’d been viewing it in the comfort of his own home, he’d still be in a job.

AIRBNB has permanently banned parties at homes for rent on its site.
Quite right, too.

Everyone’s neighbours have a party from time to time, but they usually warn you in advance, apologise profusely for any noise and sometimes even invite you to join in the fun.

But imagine living next to a house where there are parties thrown pretty much every weekend by a succession of loud guests who have rented somewhere because they don’t want to upset their own neighbours?

VICTORIA BECKHAM says her ten-year-old daughter Harper has admonished her for the mini skirts she wore in the Spice Girls.

“She actually said to me recently . . .  your skirts were just unacceptable. They were just too short,” says Victoria, 48. 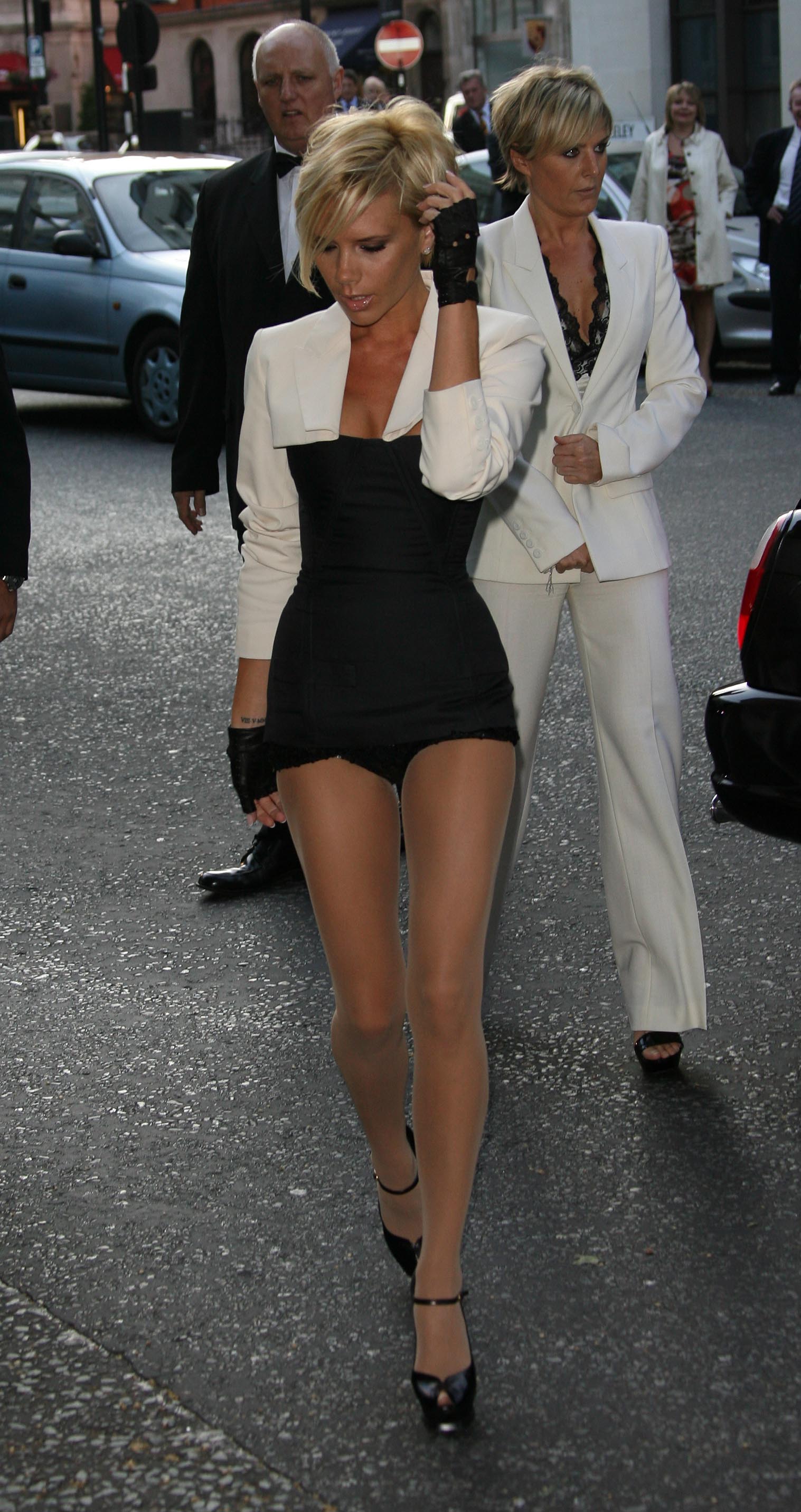 As Victoria Beckham said of Harper: ‘she’s ‘not one of these kids who are going out with a full face of make-up and a crop top’. HallelujahCredit: Darren Fletcher

“I said, ‘Are you ever going to wear skirts like that?’ She said, ‘Absolutely not’. We’ll see.”

Time will tell, but from the photos we’ve seen so far, Harper seems a very happy young lady who dresses wholly appropriately for her age.

As her mother points out, she’s “not one of these kids who are going out with a full face of make-up and a crop top”. Hallelujah.

It’s early days but could it be that Victoria has spawned an Ab Fab Saffy who’s admirably grounded, unaffected by the crushing whims of social media and who polices her every outfit and utterance? Let’s hope so. I have two of them and I couldn’t be prouder.

GARY BUTCHER booked a cab to take him from North Sea Camp near Boston to go to the nearest chip shop.

Nothing wrong with that, you might think . . . unless you’re from that part of Lincolnshire. 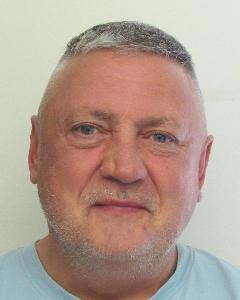 Offender Gary Butcher booked a cab to take him from North Sea Camp near Boston to go to the nearest chip shopCredit: Lincolnshire Police

Because then you’d know that the “camp” isn’t a holiday resort. It’s supposedly a prison.

Yet Butcher, who was given a “life” sentence in 1995 for aggravated burglary and indecent assault, was able to nick someone’s bike and ride to where he ordered a taxi using an illegal phone.

After a three-day manhunt, he flagged down a police car, handed himself in, and has been given an extra six months.

Words fail me. Given the recent air travel chaos, perhaps we should all book North Sea Camp for two weeks in August.

“THE Westminster bubble” is the term used to criticise politicians as being out of touch with what’s happening in the lives of the electorate.

And PM Boris Johnson appears to be occupying his own bubble within that bubble. Making him doubly out of touch with the outside world.

LEWIS HAMILTON said “older voices” should be silenced after 69-year-old former racing driver Nelson Piquet used the N-word when talking about him.

He’s right. But only because I assume he was talking about outdated opinions rather than all those from the older generations. 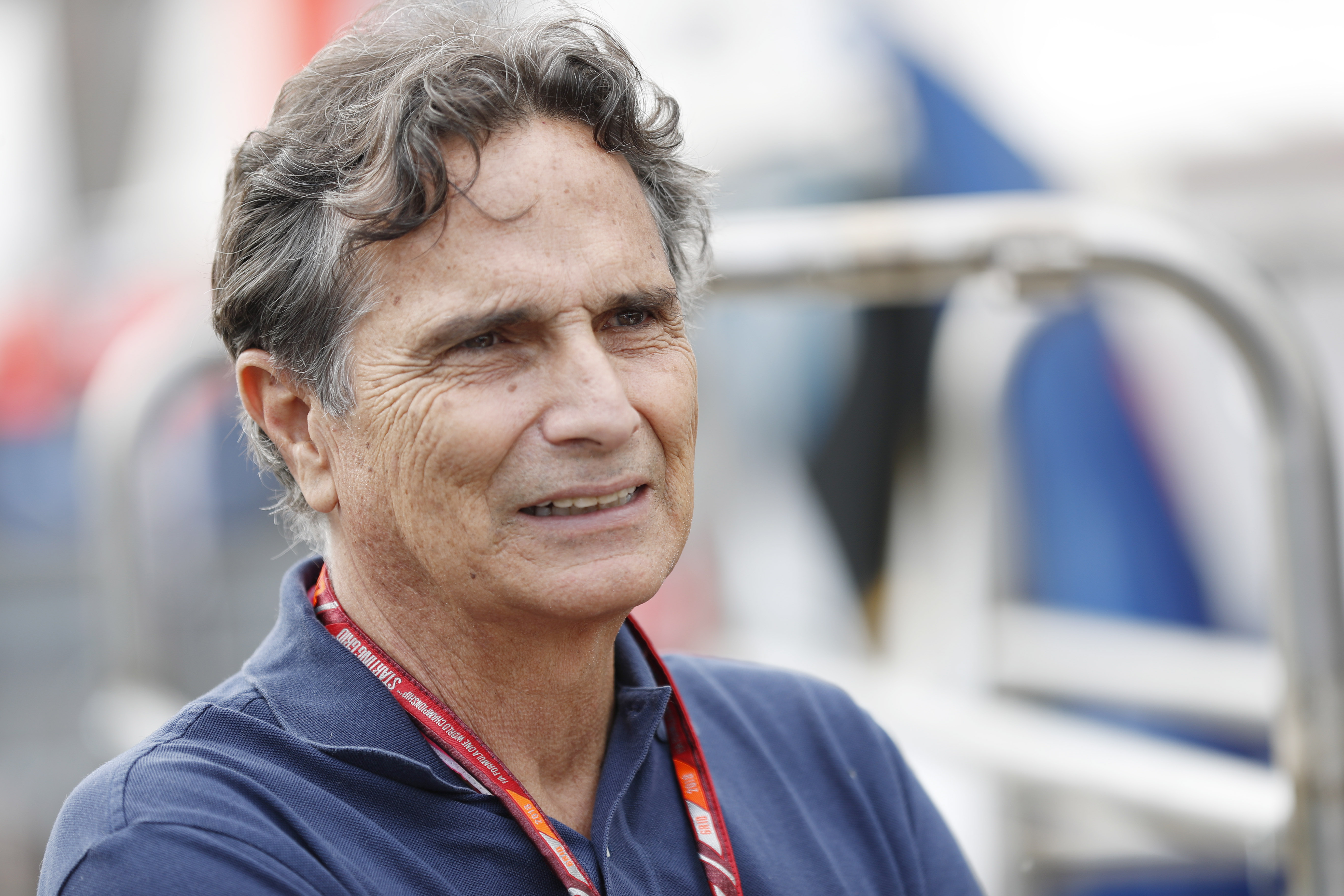 Lewis Hamilton said ‘older voices’ should be silenced after Nelson Piquet used the N-word when talking about himCredit: Getty

Many of whom, unlike Piquet, have evolved and know that such deeply offensive remarks have no place in the modern world.