TWO children have been killed with a baby left fighting for her life after a car flipped and crashed into a dam.

The car veered off a road in Wyaralong, southwest Queensland, Australia, and plunged into a nearby dam about 2 pm on Sunday. 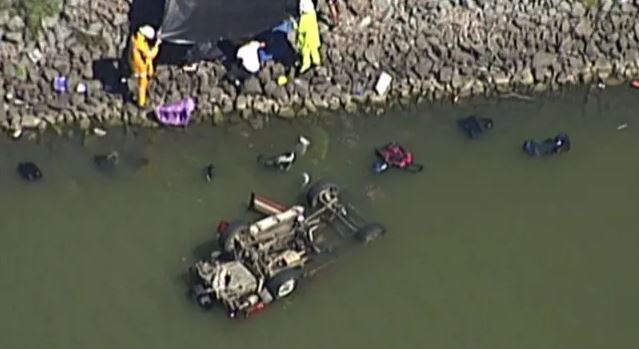 The car flipped on its way down into the water after hitting a guard railCredit: ABC News 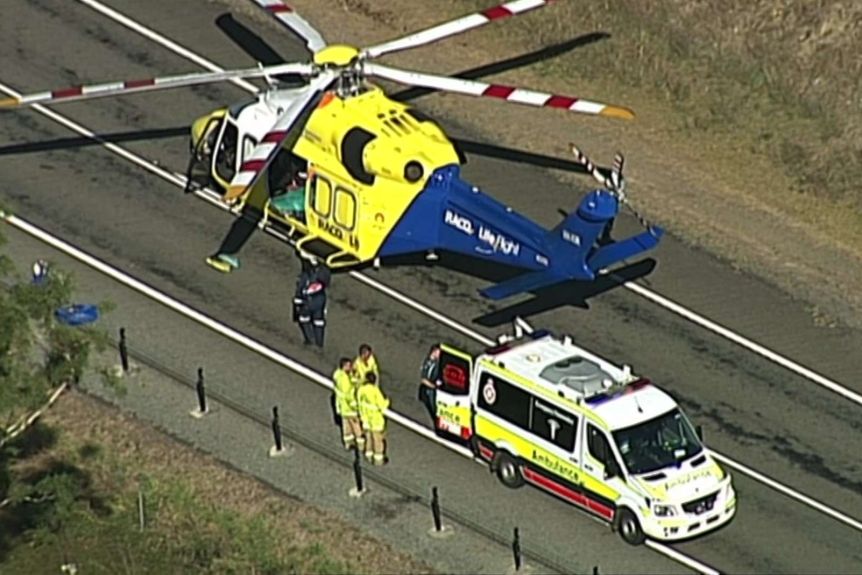 A one-year-old boy was airlifted to the hospitals after medics performed CPR on him Credit: ABC News

A Queensland Police spokesman said the Landrover Discovery containing two adults and four children, was submerged by water for a period of time before emergency workers were able to pull out those who survived.

Emergency workers were assisted by witnesses, including a doctor and paramedic who were off duty in pulling occupants of the car out of the water.

Authorities say a five-year-old girl and a boy thought to be between 12 and 14 were pronounced dead at the scene as medics desperately worked to save two other children.

After performing CPR on a one-year-old boy, he was airlifted to the Queensland Children’s Hospital for further medical attention.

A baby girl of six months was also taken to the hospital with both their conditions described as critical.

The two adults in the car, a man in his 20s and a woman thought to be in her 30s are said to be in stable conditions after they were driven to the Princess Alexandra Hospital with injuries.

According to Police Inspector Douglas MacDonald, the vehicle went into the water after hitting a guard rail.

On the way down, the car flipped and was underwater by the time witnesses gathered at the scene.

He said: “It’s a tragic and confronting scene.” 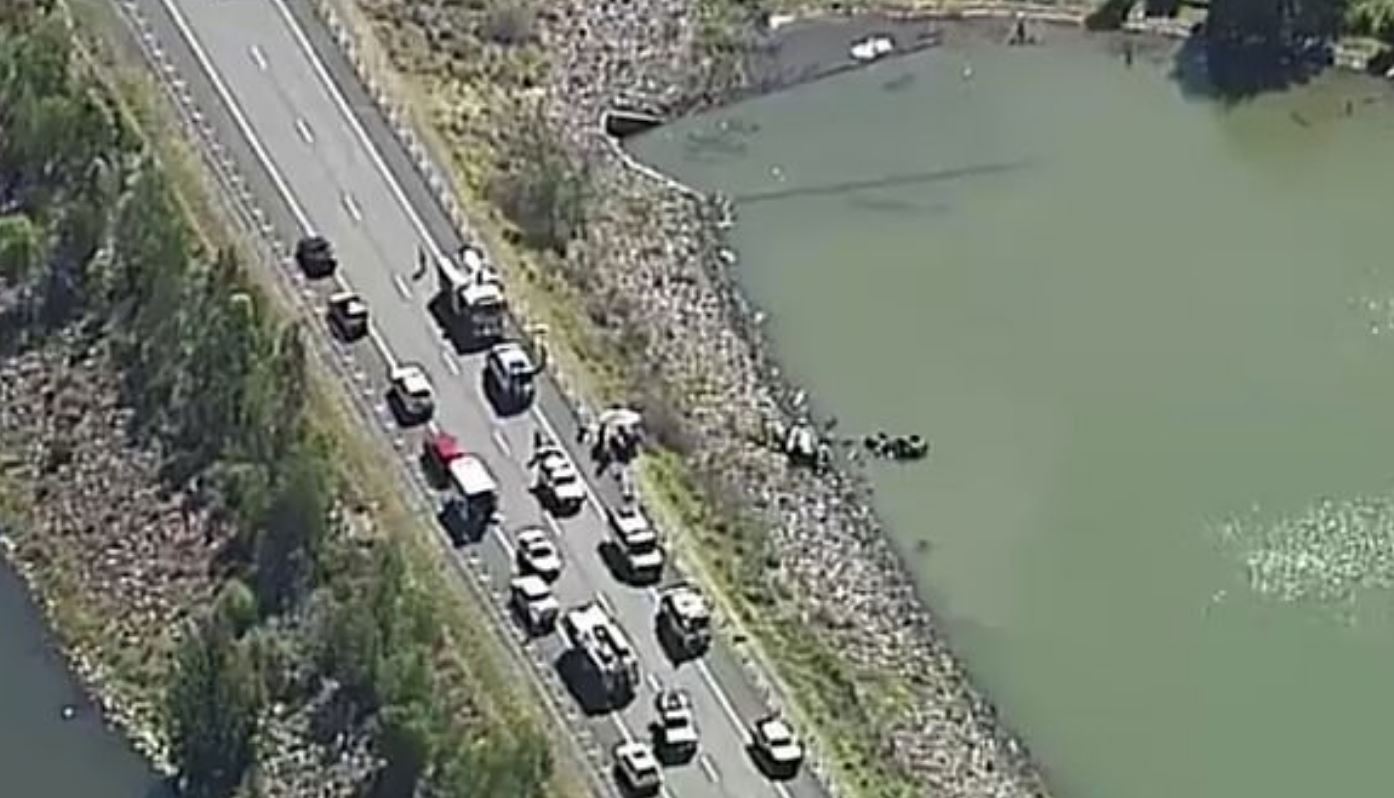 Witnesses helped emergency workers to pull the occupants of the car out of the waterCredit: Nine

He acknowledged without the help of several witnesses who did all they could to help, the outcome of the accident would have been much worse.

Mark Nugent, QAS Regional Operations Supervisor said the off-duty doctor and paramedic played an essential role in freeing the occupants of the car.

He said: “The significance of it was quite severe for the passers-by, there’s no doubt about that.

“Fortunately, and there is some fortunate parts about this, we had one of our critical care paramedics who was on a day off who passed by, and we also had a doctor who was a passerby who also rendered assistance at this location.”

He added: “They contributed to possibly some positive outcomes for some of the patients, there’s no doubt about that… there was a remarkable amount of other people and support from the general public.”

A car containing two officers who were on their way to the scene also crashed and rolled before getting to the dam.

The officers are said to have sustained minor injuries.

With police divers and the Forensic Crash Unit at the scene, drivers have been cautioned to avoid the road in both directions. 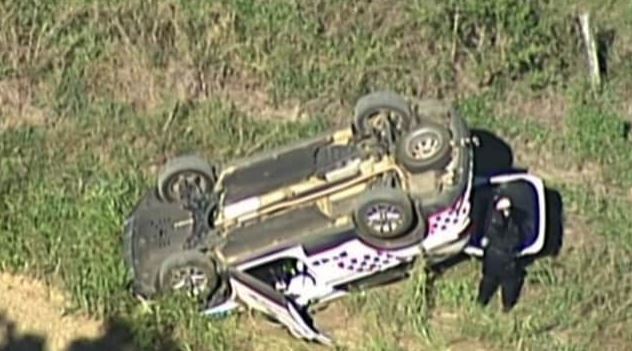 A car containing two officers on their way to the scene also crashed and rolled before getting thereCredit: ABC News