GEMMA Collins has given fans a glimpse at her legs as she posed in a lace-trimmed pink nightie on Instagram.

The 40-year-old reality star looked glamorous as she advertised the slinky pyjamas from her own clothing line the Gemma Collins Collection. 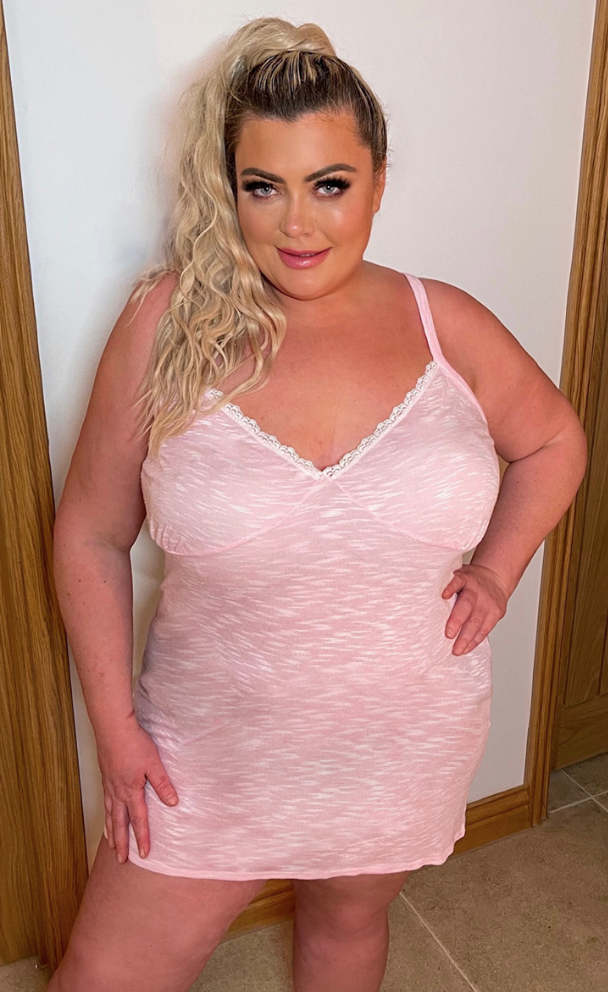 Gemma, who recently showed off her impressive three stone weight loss, posted the sultry snap to her Instagram Stories.

The Diva Forever star pointed fans to the website so they too could get their hands on the £16 number, which runs in 12 to 26.

Reality star Gemma placed a hand on her hip to accentuate her waist and curves, while sticking out her right leg to give a glimpse at her thigh.

She wore her long blonde tresses up to draw focus on the nightie, and chose a soft pink lip and false eyelashes. 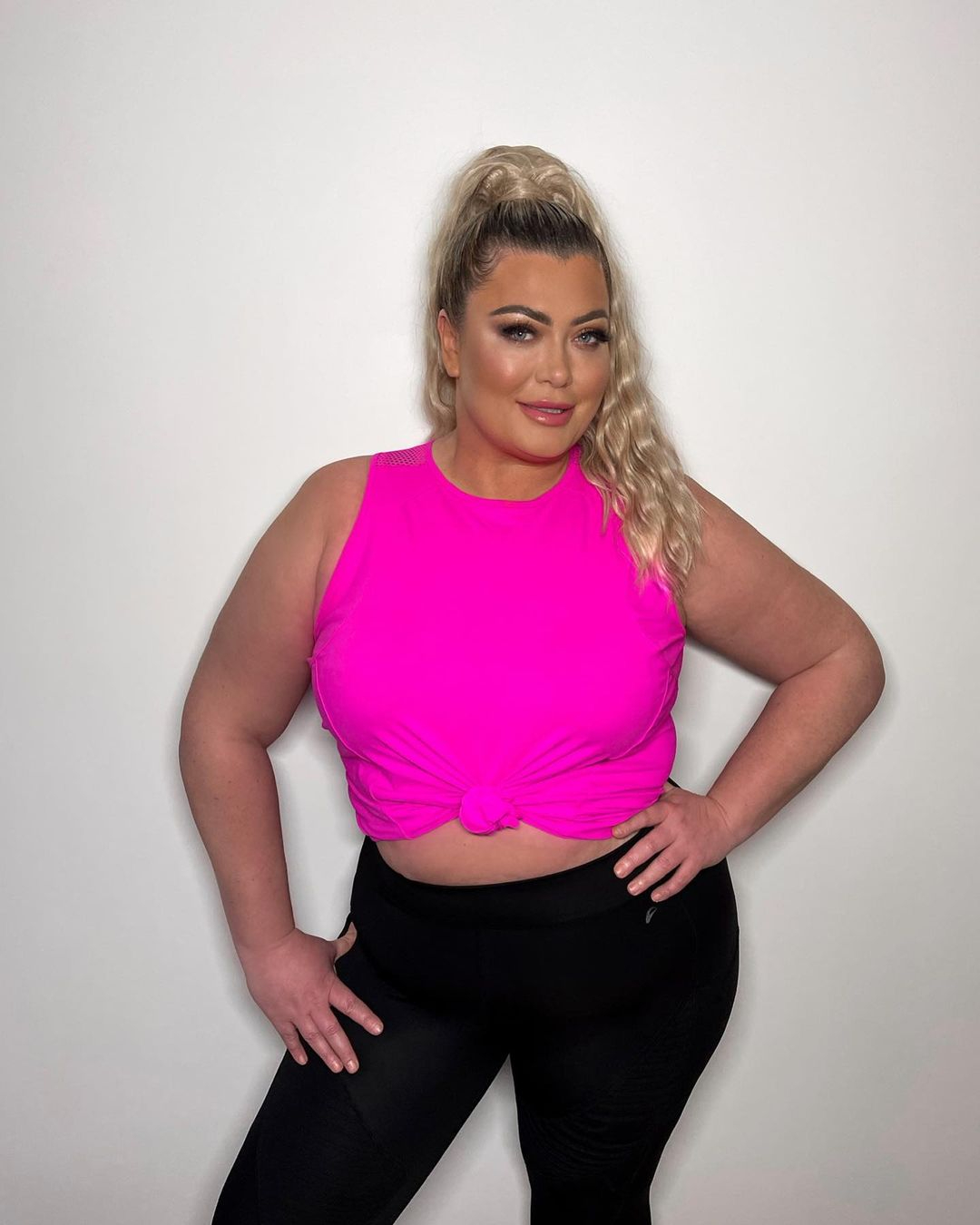 Gemma appeared to be trimmer than ever as she showed off some of the eye-catching co-ords she wore in the UK’s second lockdown.

The third national lockdown has seem Gemma continue to stay glam, as she tucked into a McDonald’s this week while dressed up for a night out.

The former Towie star told fans she was giving the burger the “GC grand entrance it deserved” as she advertised the special-edition takeout. 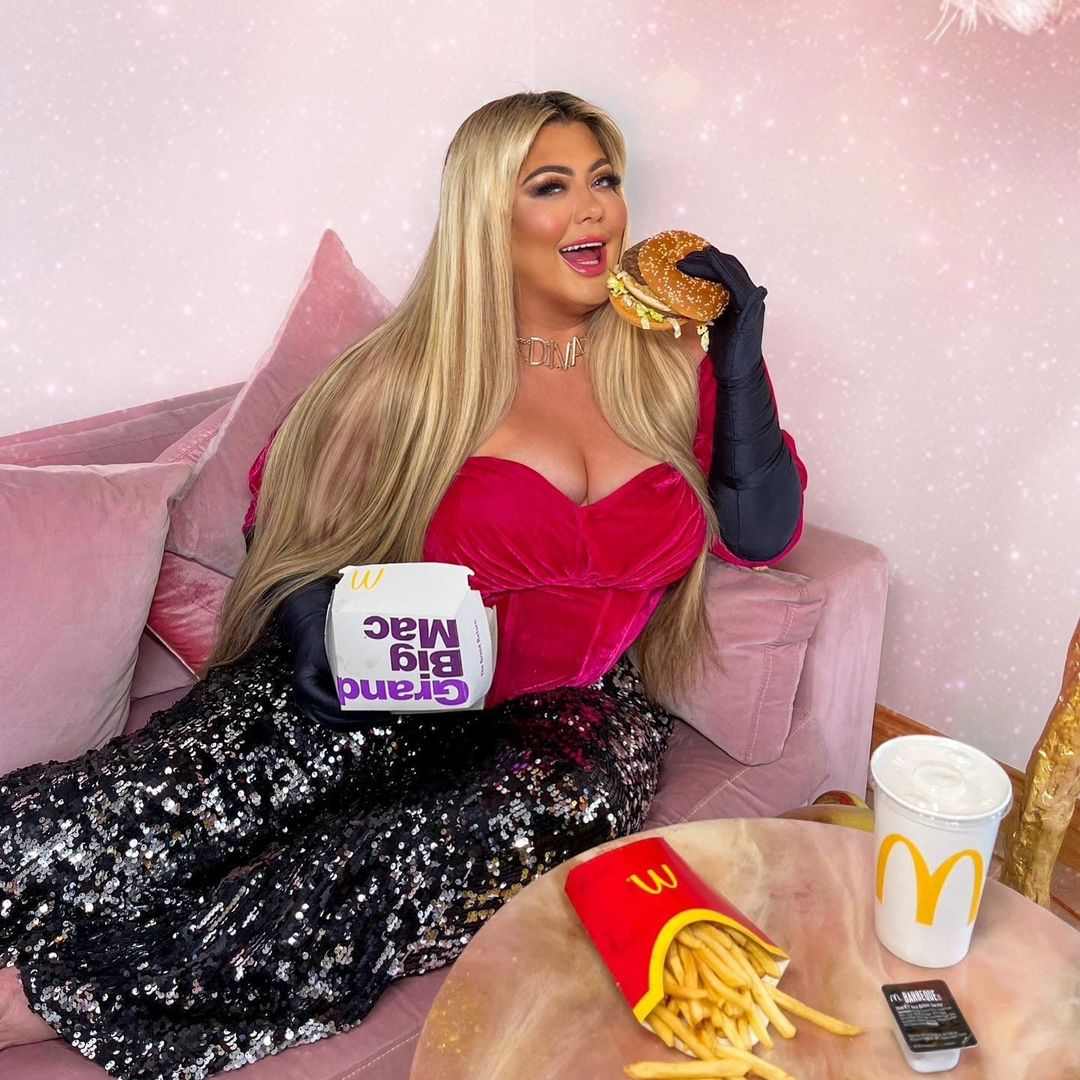 The former Towie star dressed up to tuck into McDonald’s this weekCredit: Instagram

Relaxing on her pink sofa, the Diva Forever star donned a velvet corset top and sequin-encrusted black trousers for the occasion.

Choosing a full-coverage face of make-up, including a pink lip and false lashes, she accessorised with a necklace featuring the word “diva”.

Gemma wore her long blonde tresses down over her shoulders and added an extra touch of glamour with the long evening gloves.

“Just because we can’t go out doesn’t mean we can’t dress up,” she wrote in the caption. “Love and sparkles always baby!”